This is my last post about New Zealand. It is an amazingly beautiful country which exceeds all expectations. The last point on my trip there was the city of Christchurch. I came there from Queenstown, spent two days and departed changing planes in Auckland for the exotic Fiji. Christchurch is the second largest city in New Zealand and the largest on the South Island. It is tragically known for the fact that in 2010 and 2011 it has suffered several earthquakes in a row. The quakes destroyed the whole centre of the city and killed 170 people. This was one of the biggest shocks in the history of New Zealand. Walking around the city you do feel like it is still in the state of shock.

Nevertheless it is very interesting to explore it. Already the innovative ways to revive the urban space are worth the attention. In a way Christchurch has become an experimental space for contemporary art where unexpected and original temporary sculptures can be erected. Here is one of them – green armchairs turning the street into something between a guest room and a green lawn: 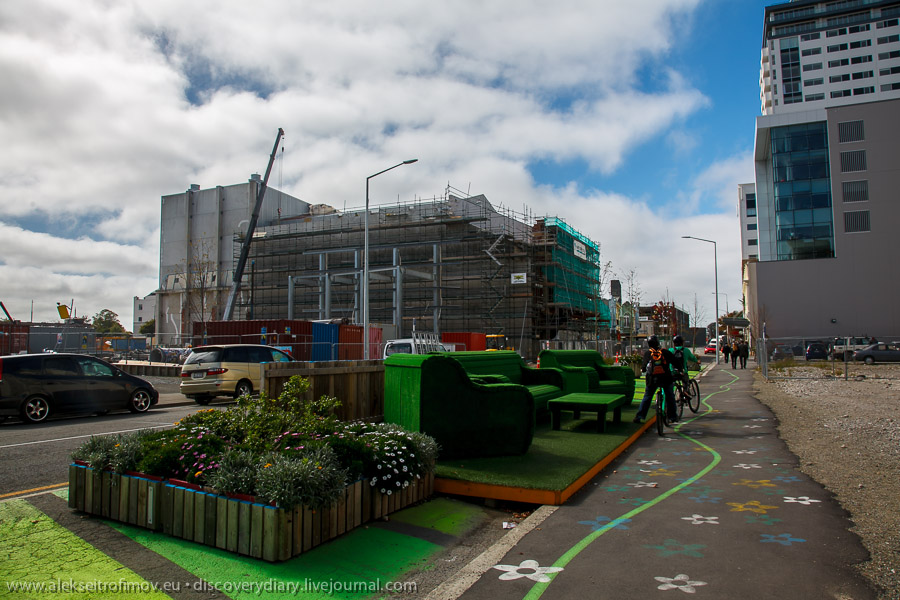 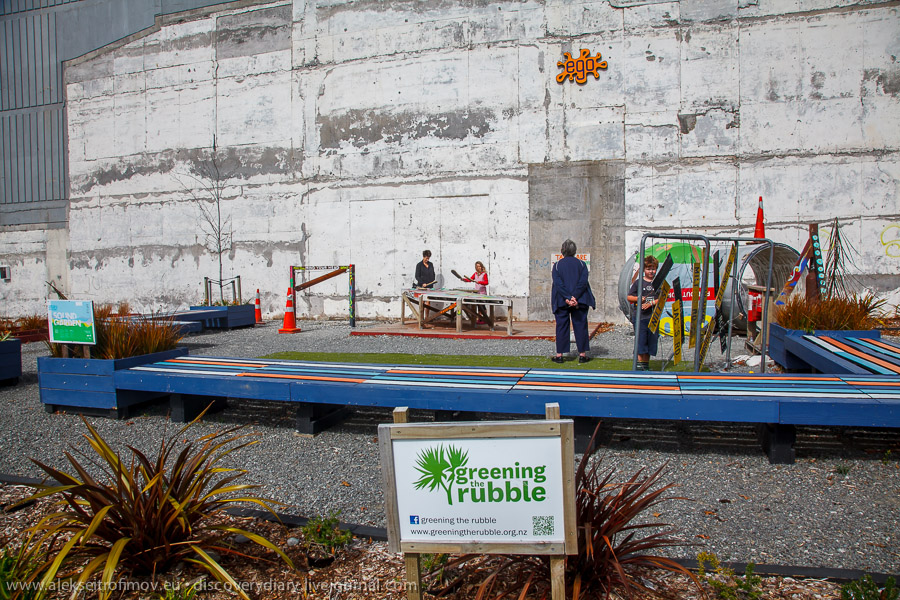 The ruins of the Cathedral. A temporary Cathedral has been built for now, but the citizens still ask for the restoration of the original one. 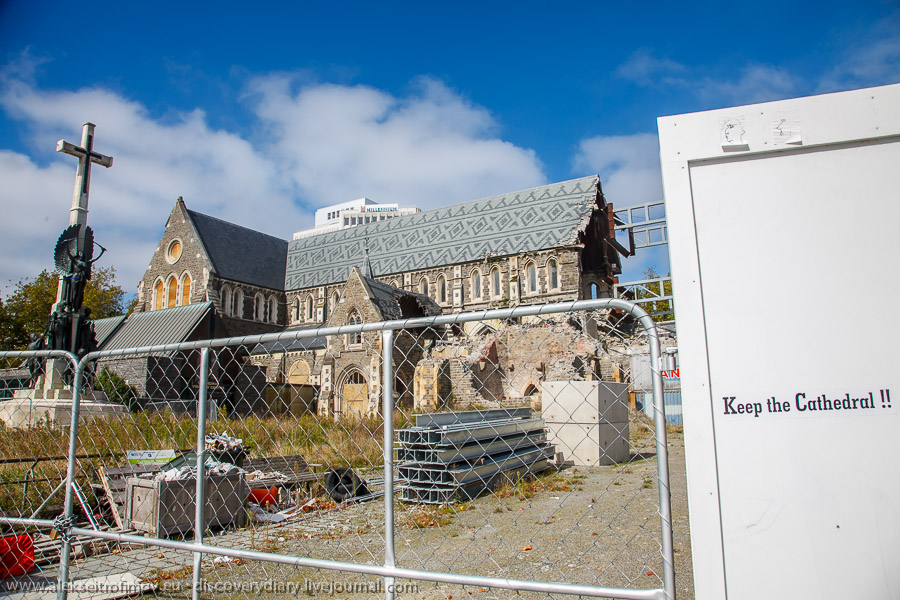 The entrance to the site of the old Cathedral: 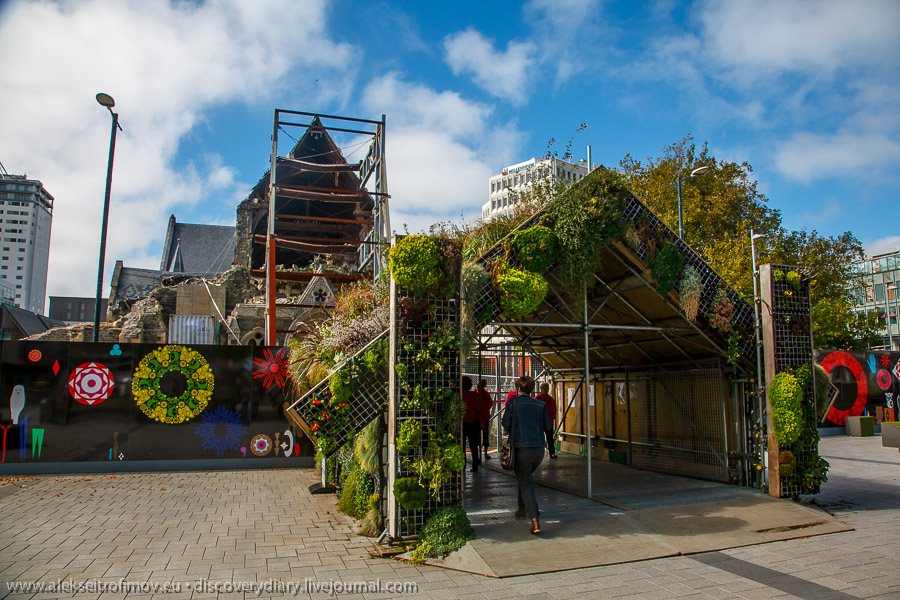 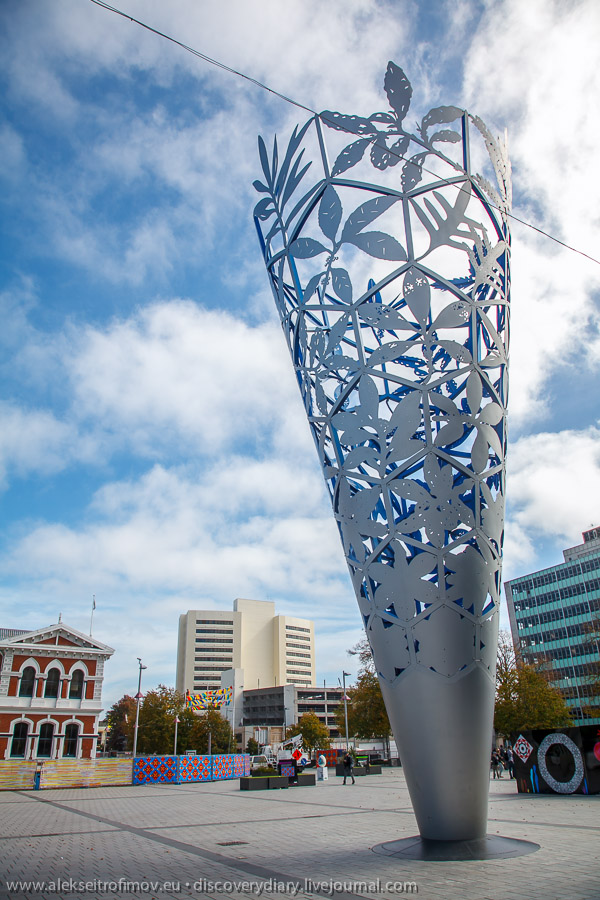 This is the former main street of Christchurch. Today only the tramway tracks mark its former direction. 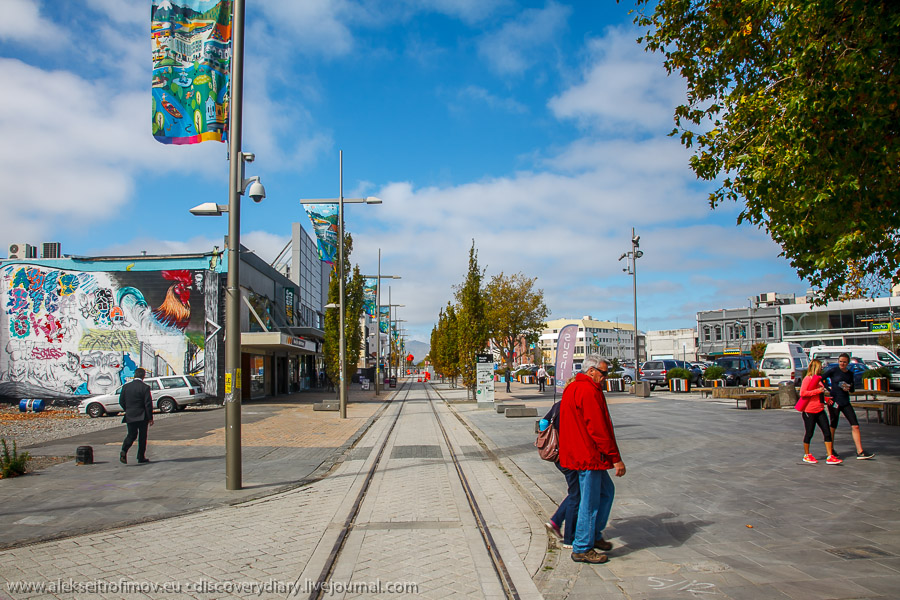 This part of the city is most active by day. All the “buildings” here are containers adapted into shops and cafés. Creating this free, avant garde look, also supported by the youthful way of people’s dress. 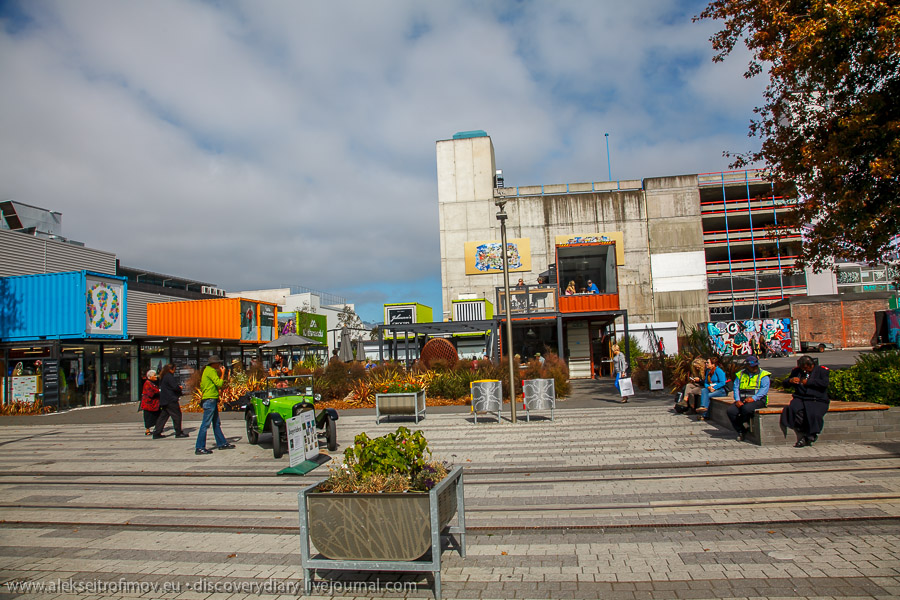 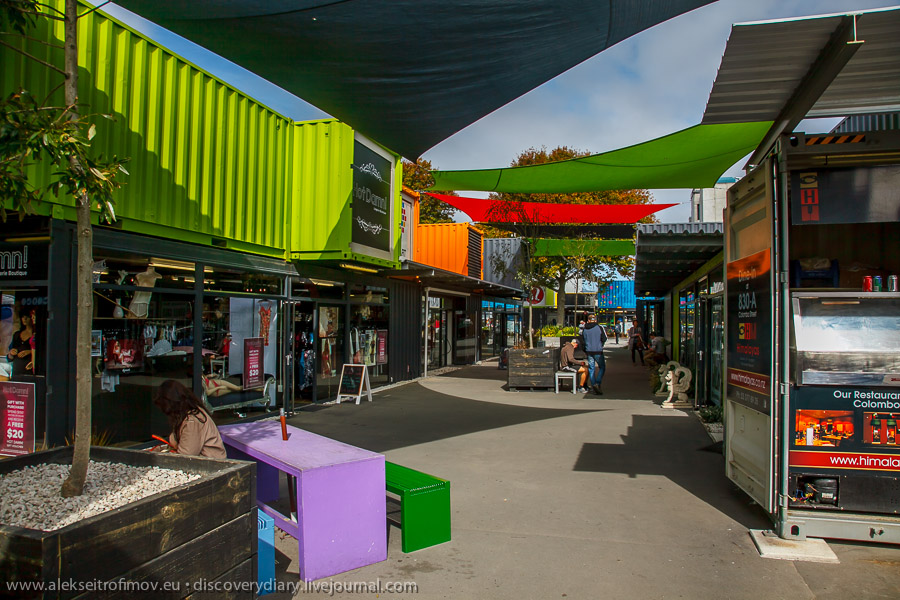 A girl is tap dancing using contemporary melodies. I was startled at first when I recognised Lordi’s Royals in her beat. 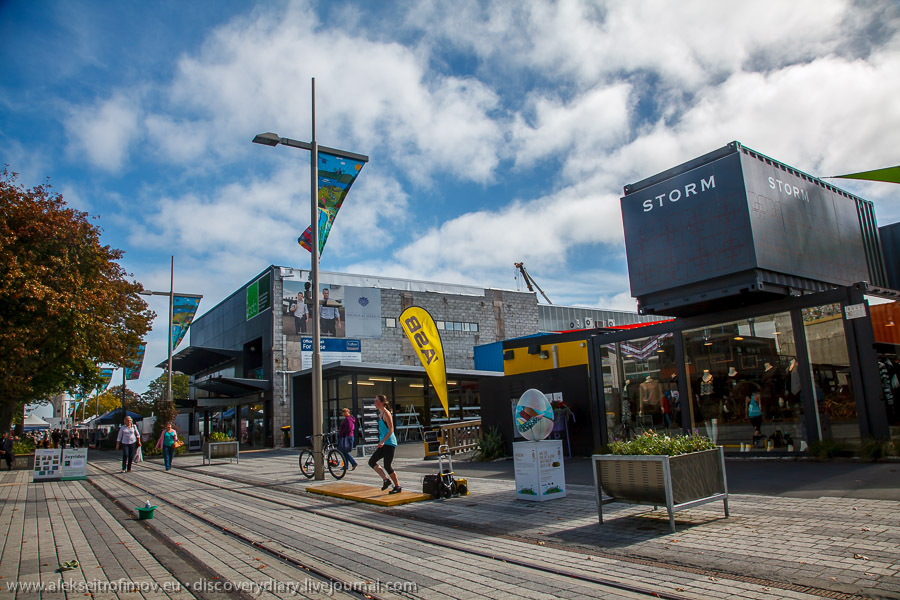 The so-called Cardboard Cathedral – the temporary structure built using a project by a Japanese architect. 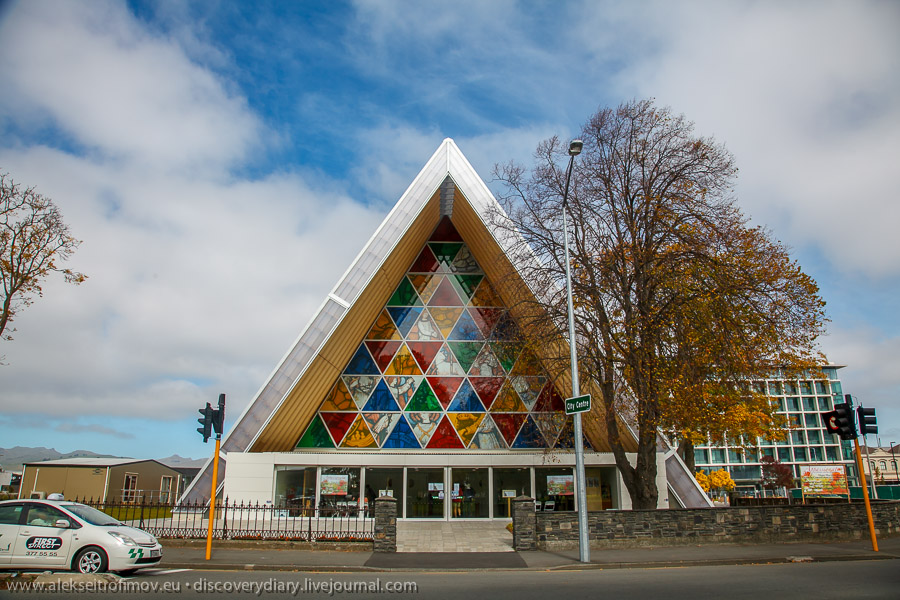 Inside the Cardboard Cathedral. 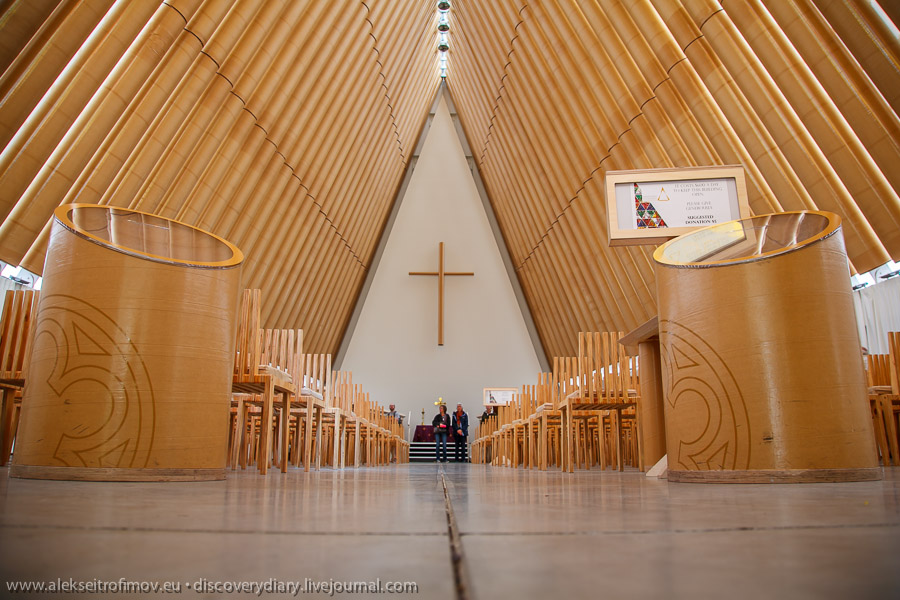 Special signs explain that it is perfectly fire and quake-proof despite being made of cardboard. 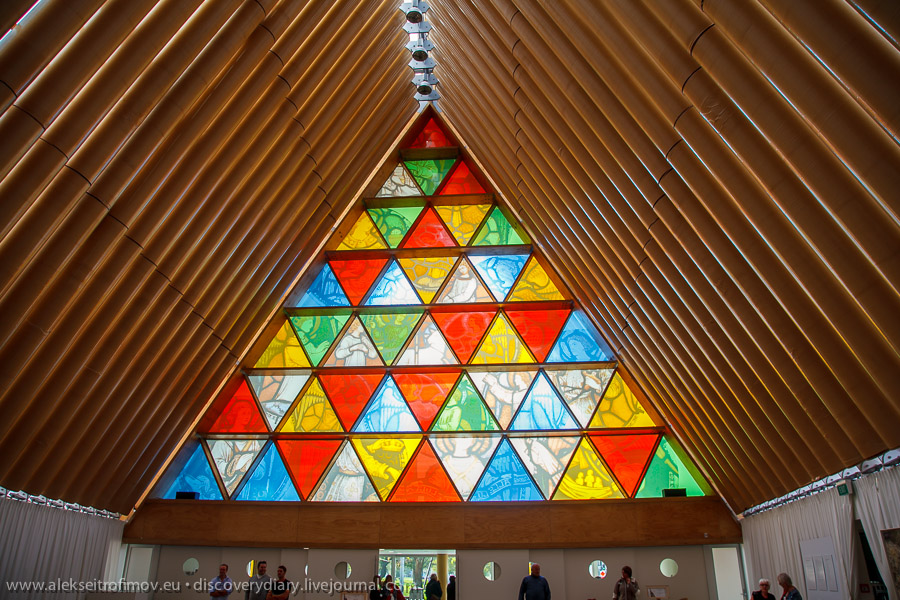 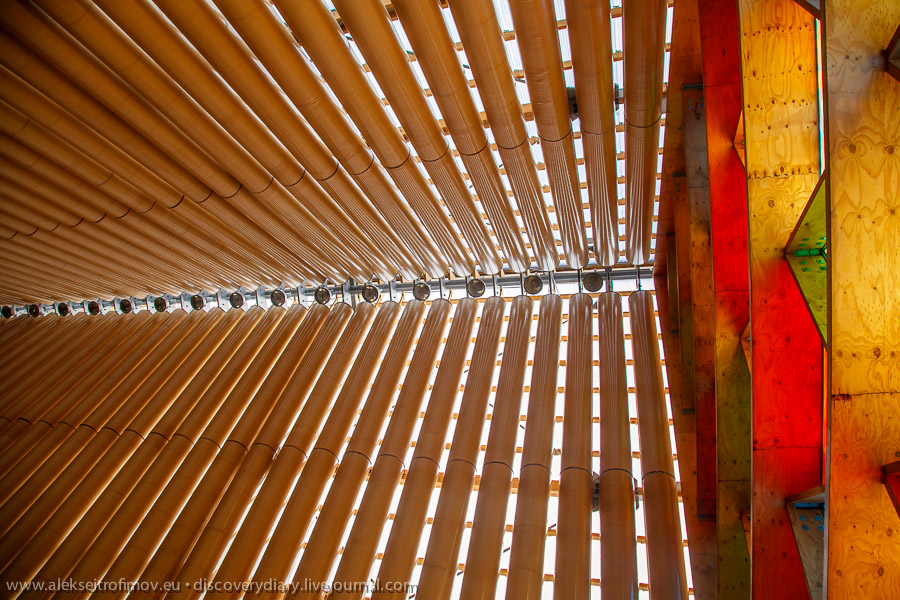 I visited the Quake Museum. This is not an easy place. I was most touched by the video recordings of people’s stories of where they were and what they were doing during the quake. And how they were looking for their close ones. You cannot hold back the tears.

One of the museum exhibits is this statue of the founder of Christchurch. The statue turned over during one of the quakes and got some bruises. As the city is rebuilt, it will be returned to where it belongs.

A restored street that is self-declared most beautiful street in NZ. Who would argue? 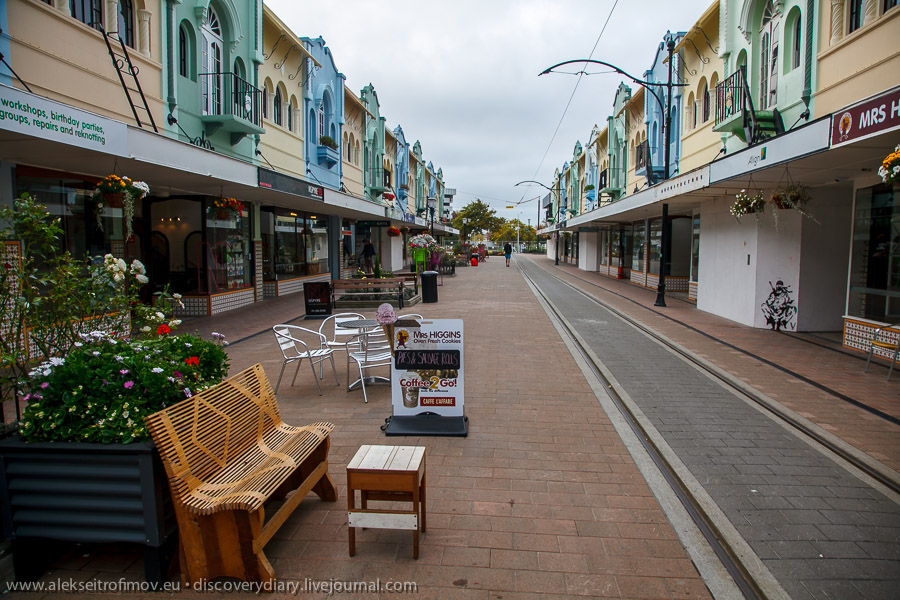 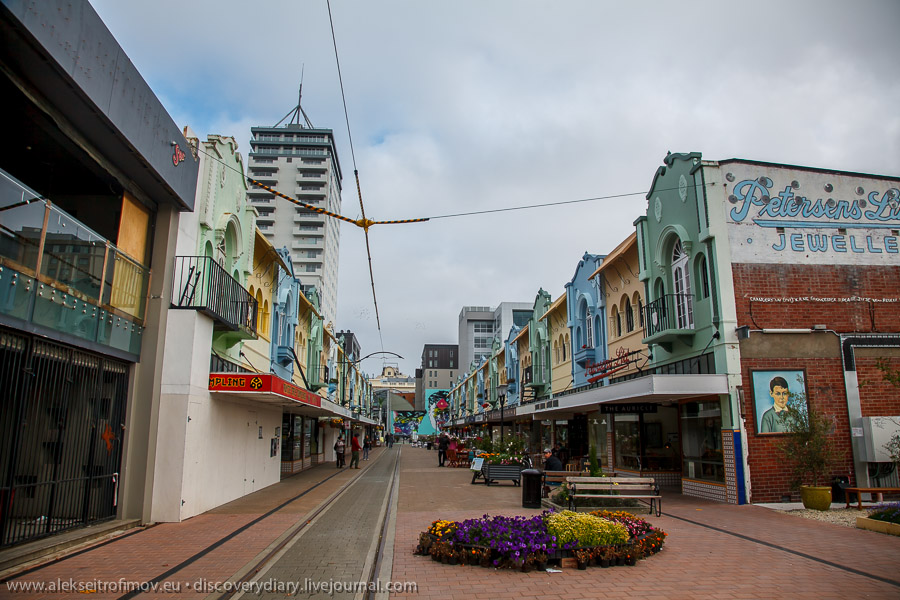 One more look at the old Cathedral. Walking around Christchurch, I was constantly amazed by the stubbornness of the locals. The quakes hit the city every 10 years. There is an element of madness to keep on living here. And yet they keep coming back and rebuild the destroyed city. 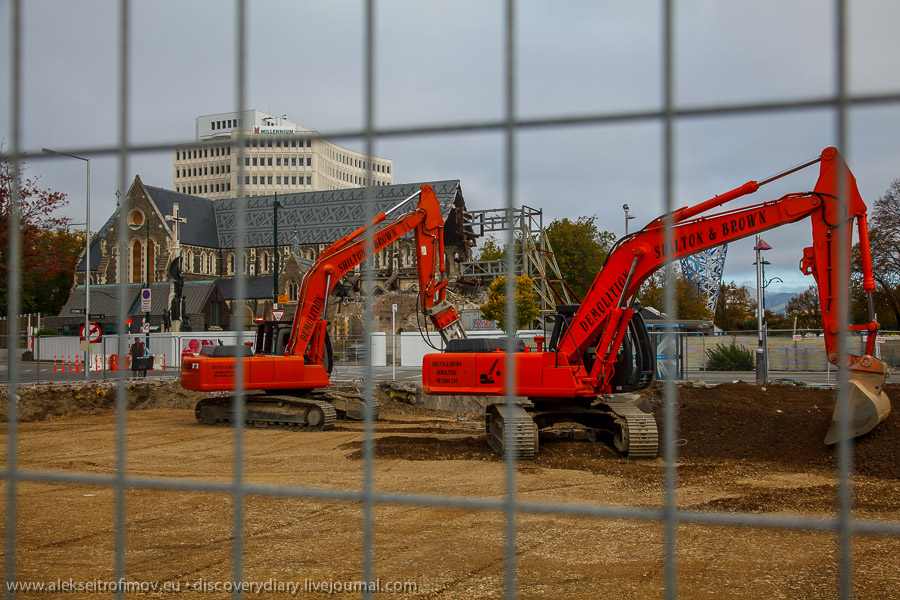 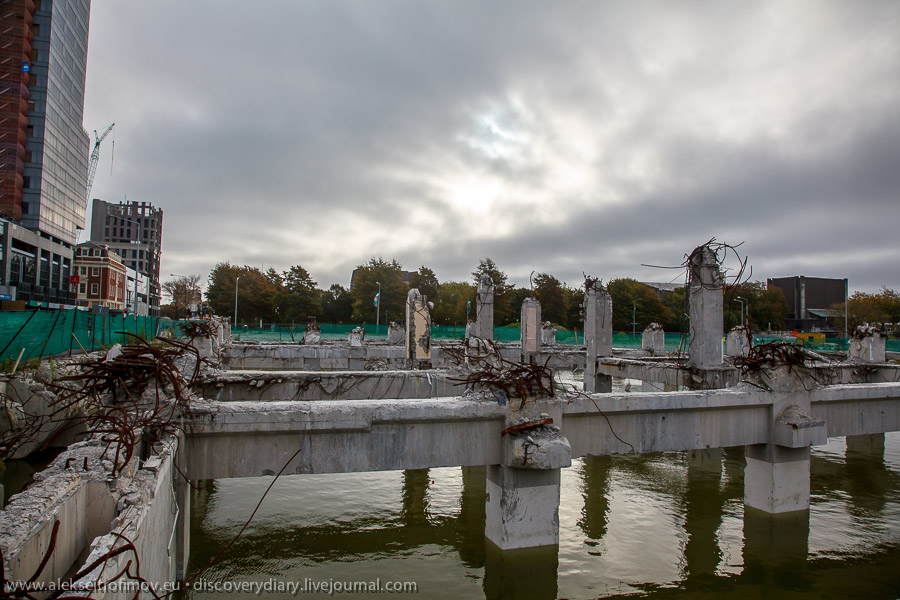 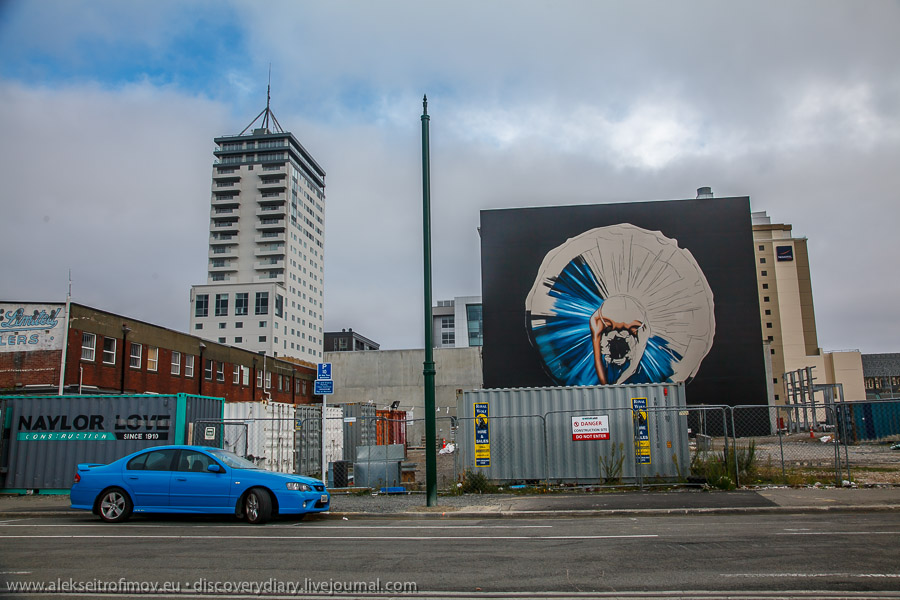