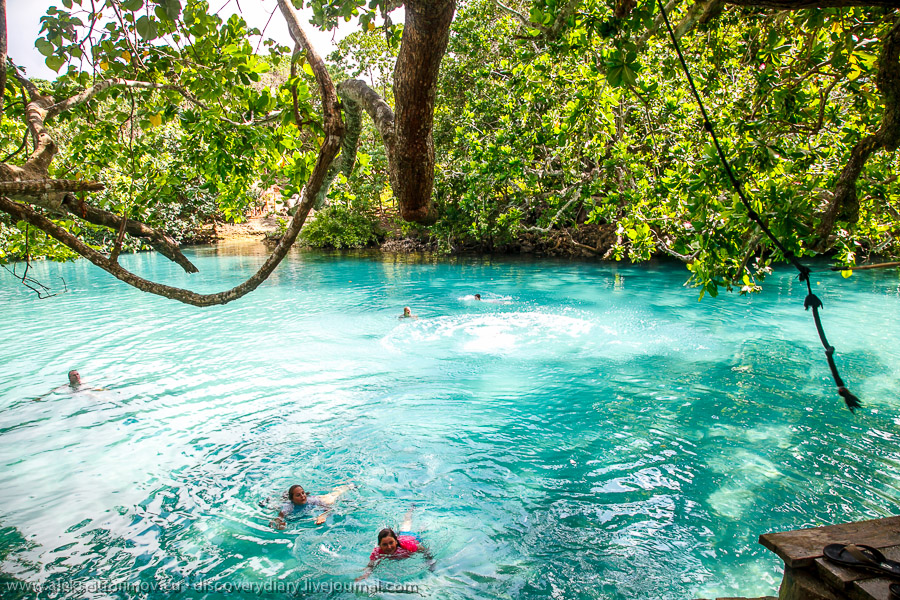 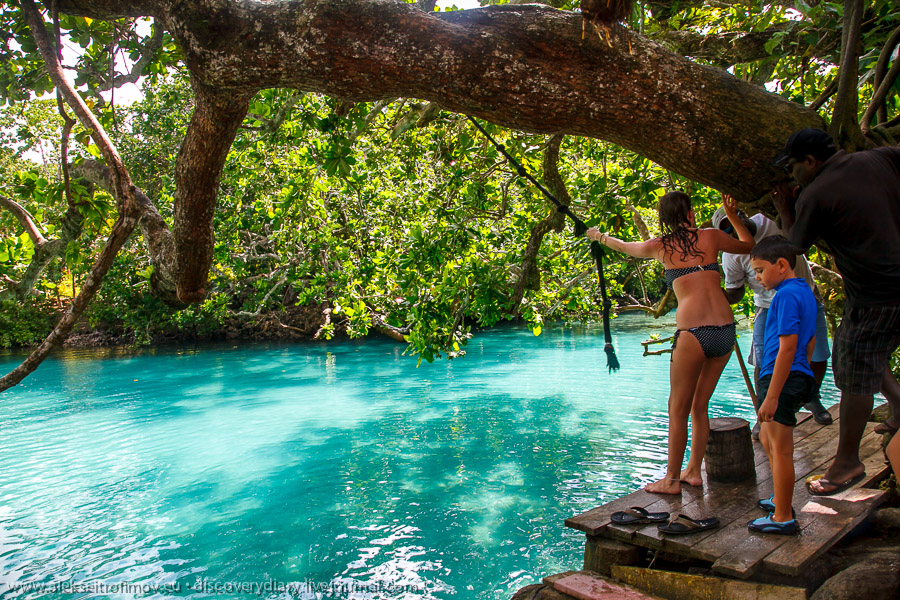 Personally I jumped about a dozen times. 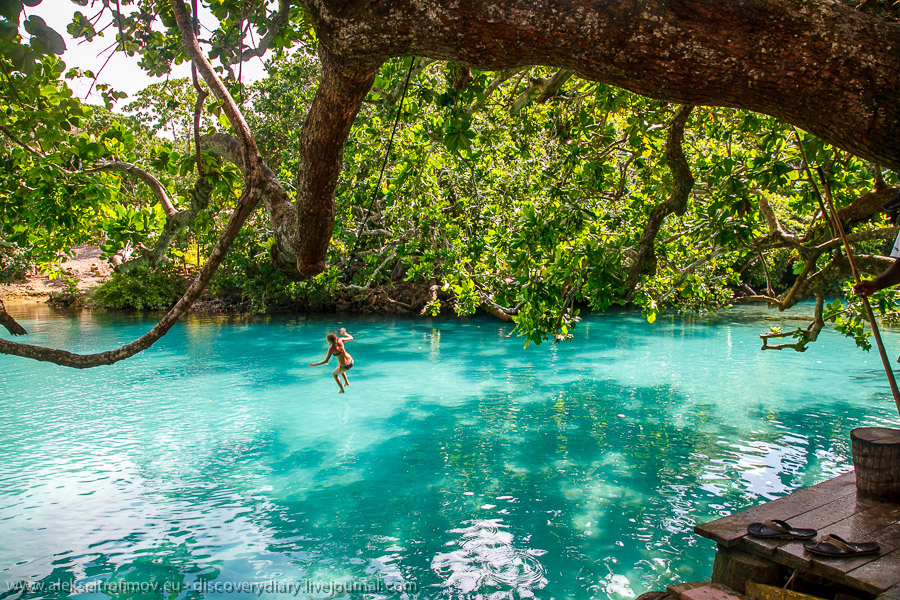 The next stop: paradisiacal Eton Beach. 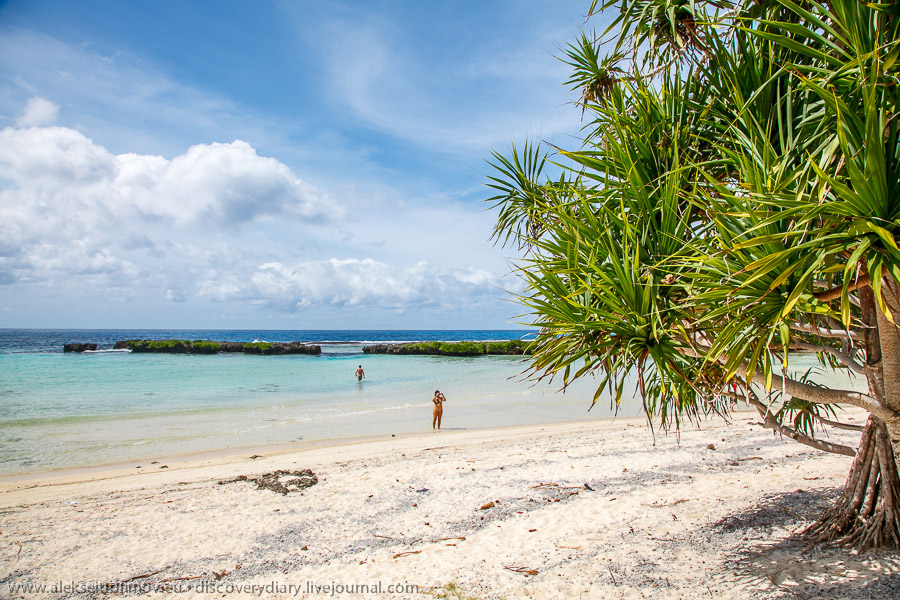 In the cultural village of Epau this team sang us with emotion about the independence of Vanuatu and explained the meaning of the local flag. Without any doubt it’s the only flag on Earth which features a boar’s horn. In the old days the horns served as money here, nowadays these are simply sacral object. The flag was then solemnly raised in front of us. 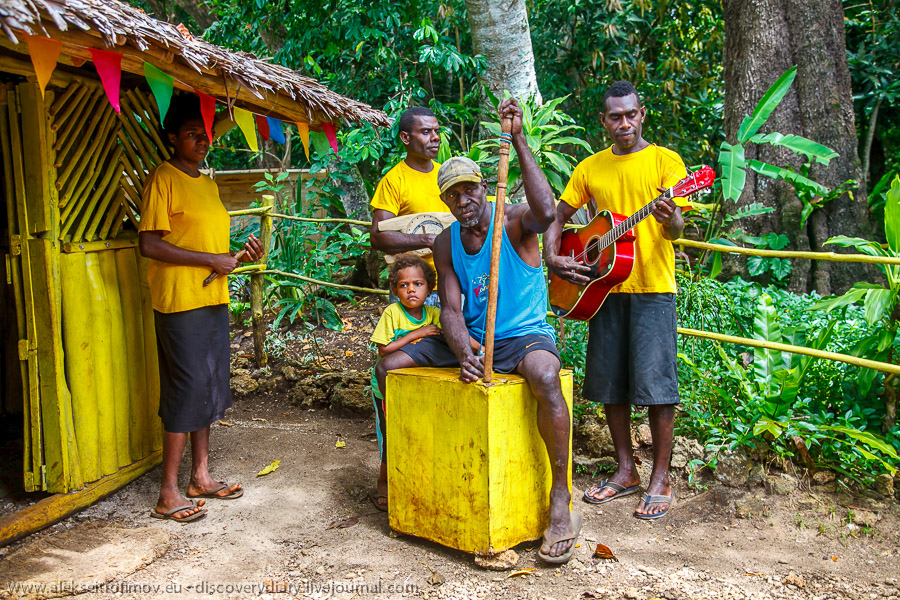 A canoe trip on a forest river. 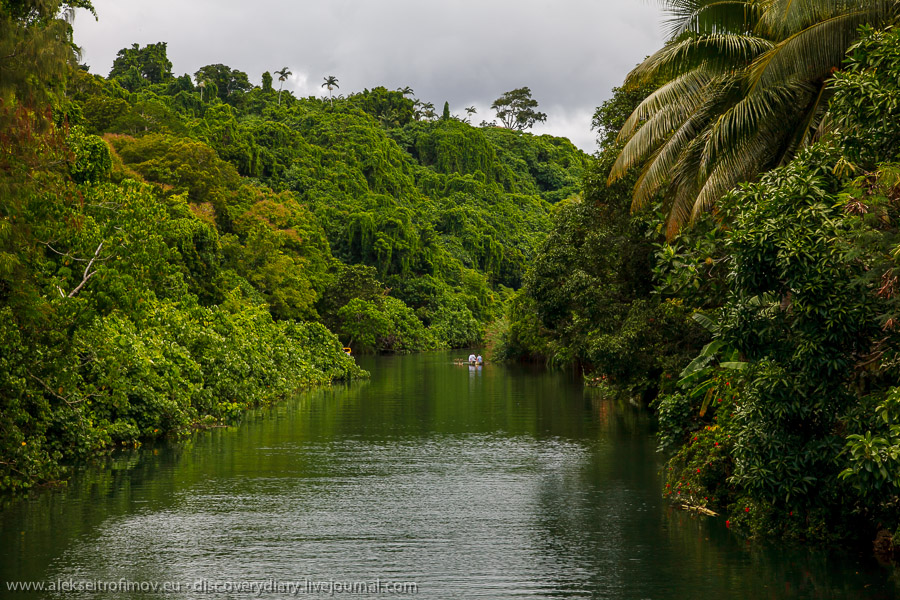 This local in colourful disguise was conducting our expedition. He was clearly embarrassed by the masquerade though. 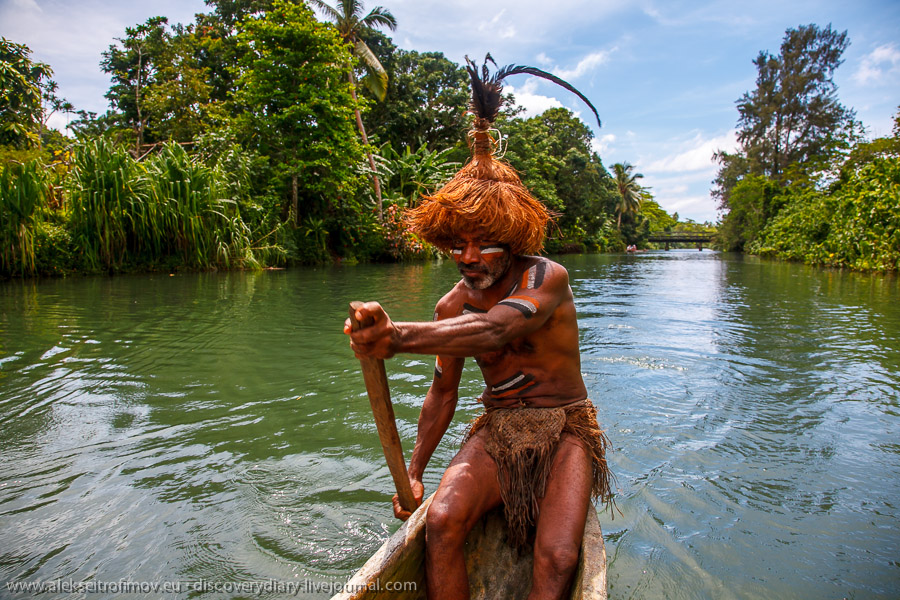 The canoes have a particular design – parallel wooden planks are attached to them to improve navigability. It took about 5 months to build them using the traditional tools using stone and fire. Nowadays a chain saw allows to do it in 2-3 days. 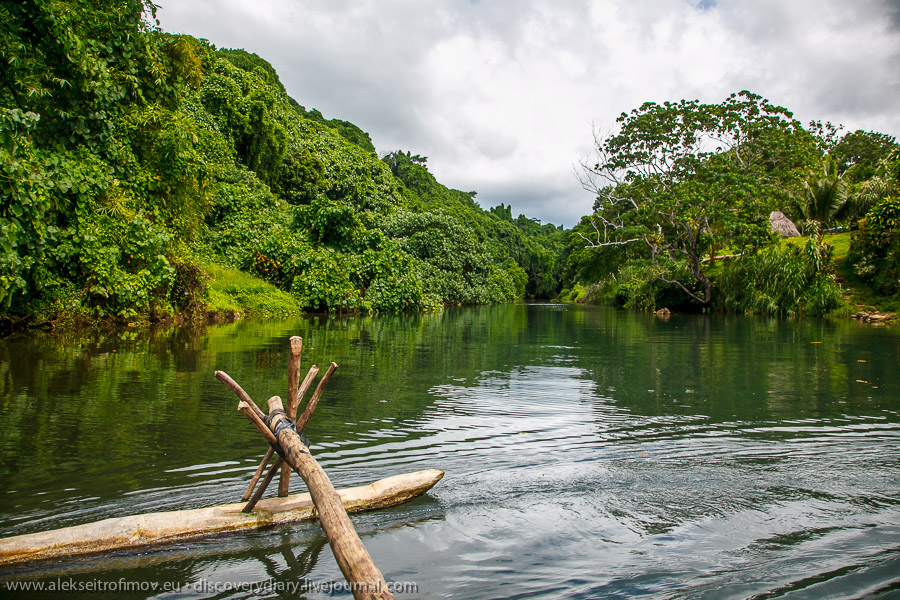 We are passing the village of Epule where our boatman lives with his family. They have no running water and no electricity. One family owns an electric generator which supports one fridge, used by the whole village for a small fee. 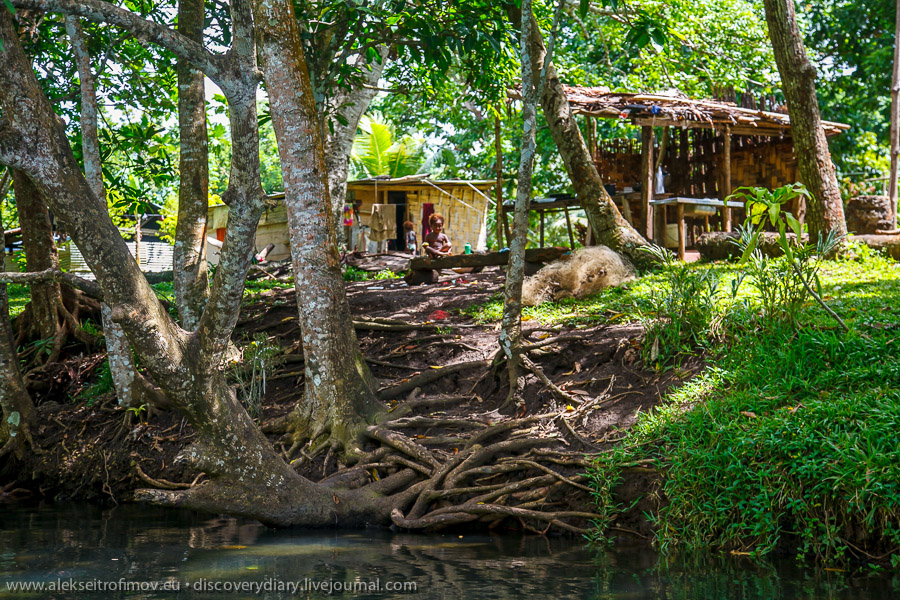 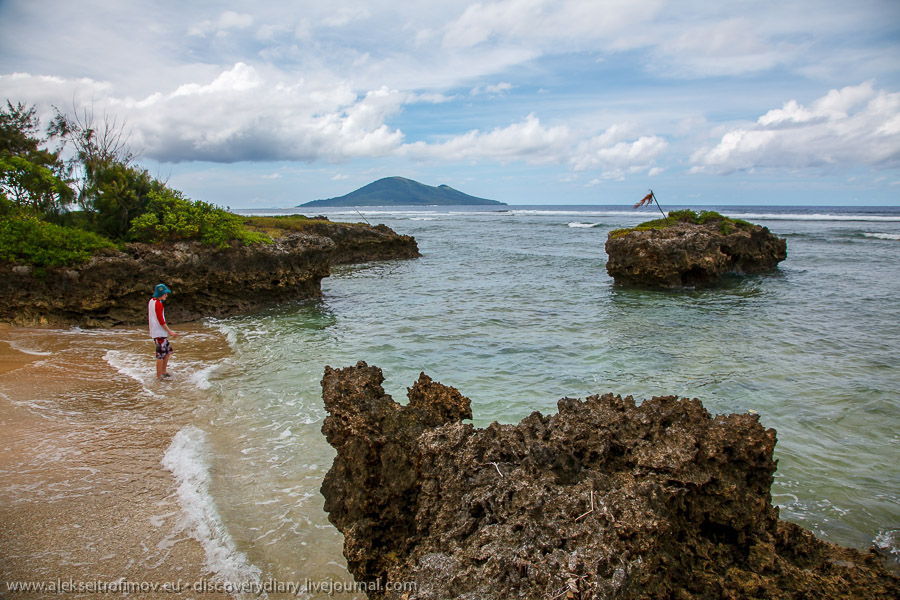 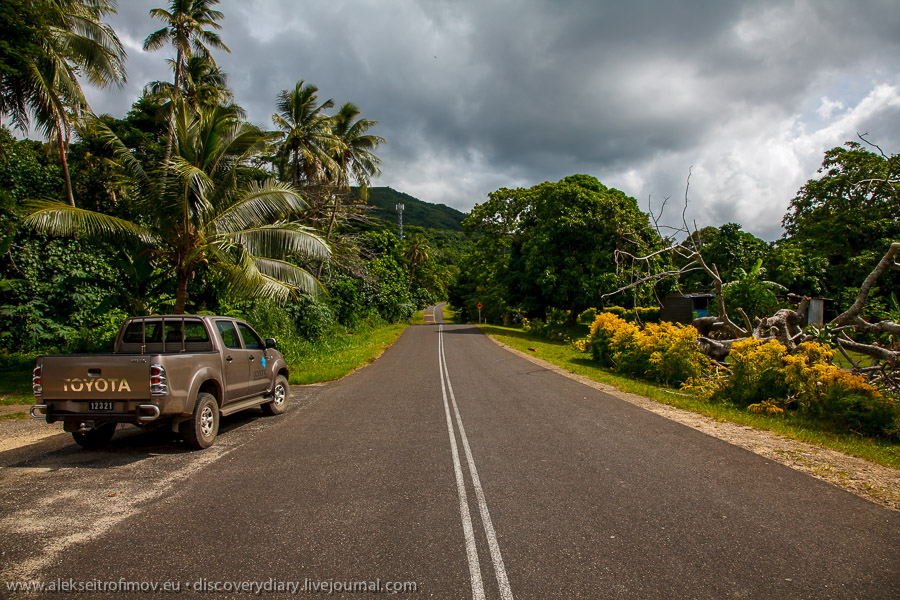 The most interesting stop of the tour for me was the visit of Emua. This is a community village which functions as a cooperative. All land belongs to the community. The community is divided into five groups, all decisions are taken by the main chief and four subordinate chiefs. 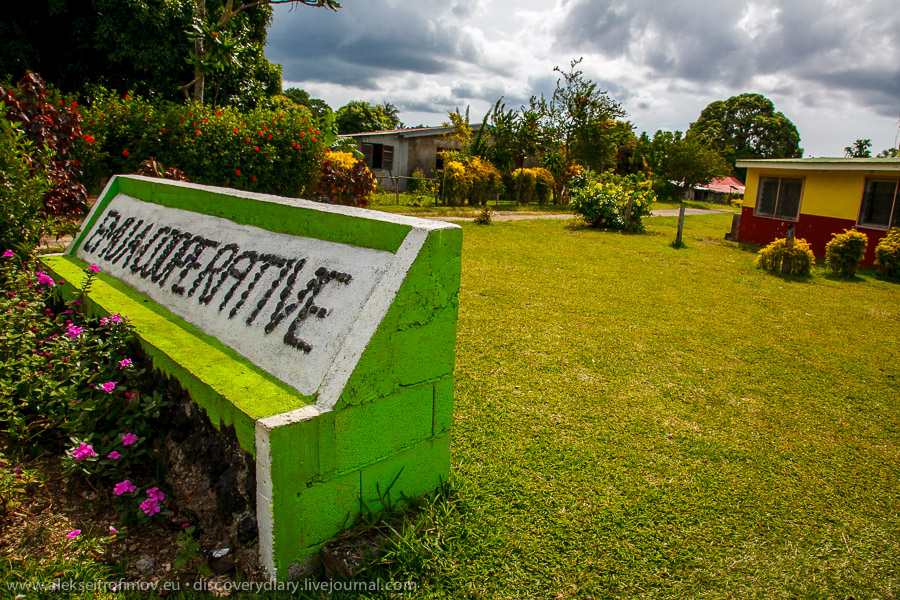 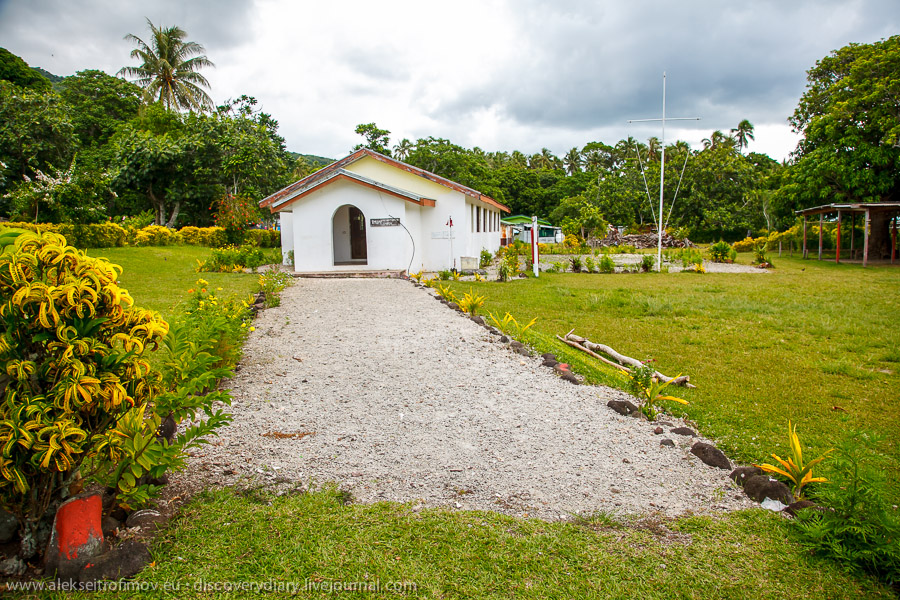 A playground by the ocean. 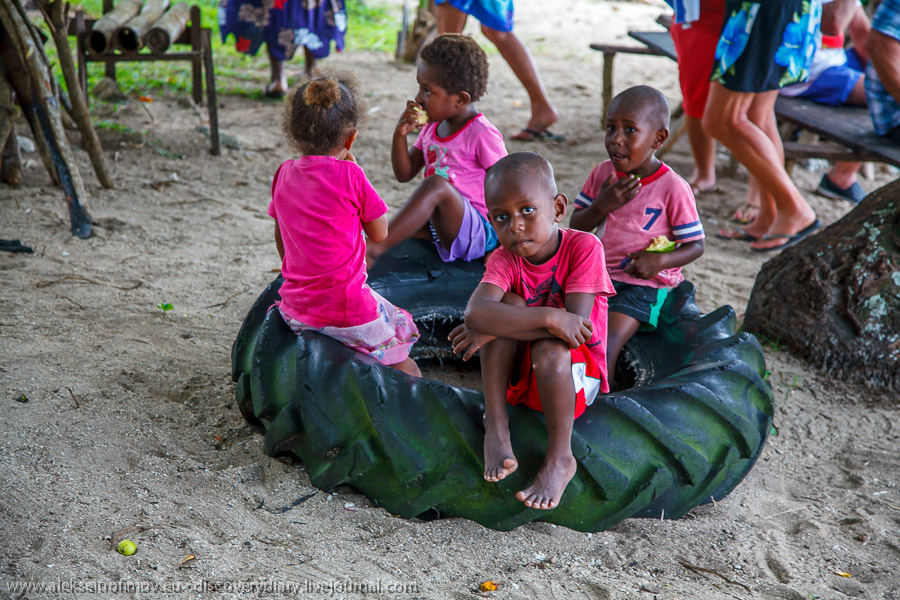 The view from the playground: 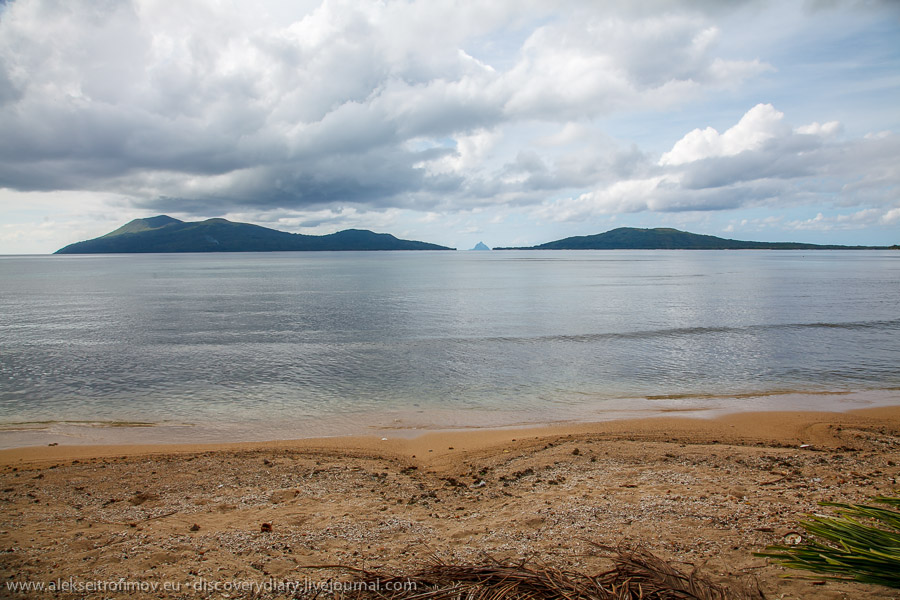 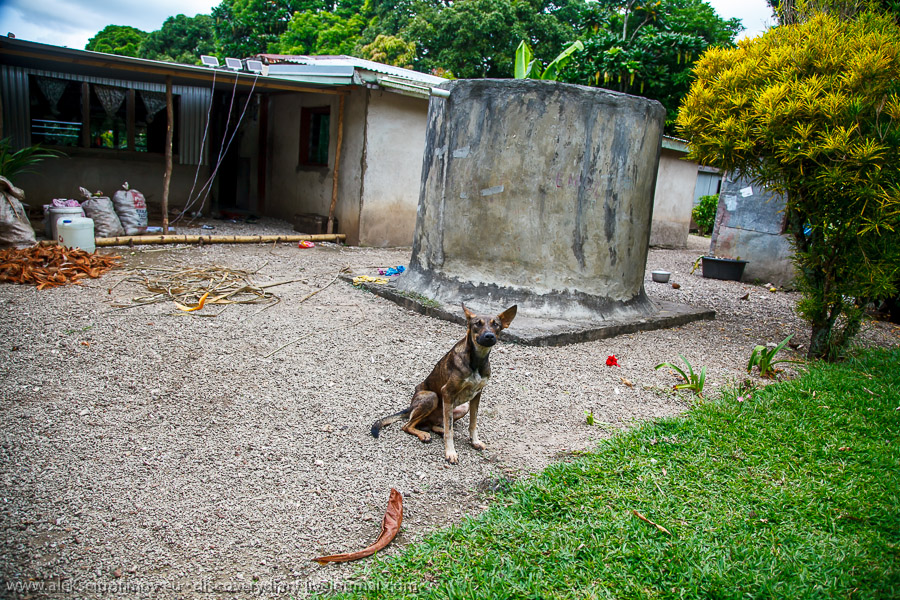 Here the villagers explain to us how to prepare cocos milk. Basically it is simply decanted from the flesh of cocos nuts. The explaining is led by one of the four community chiefs. The girl in the blue dress next to him is our guide who led us around the village. 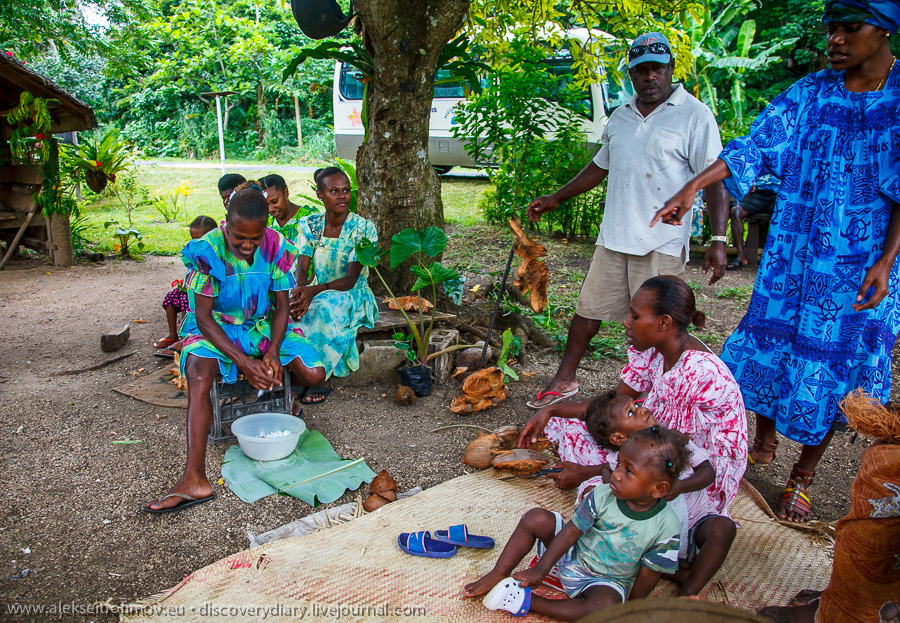 Yummy local welcome. The white pieces in the middle are the cocos flesh, very much like apple in taste. 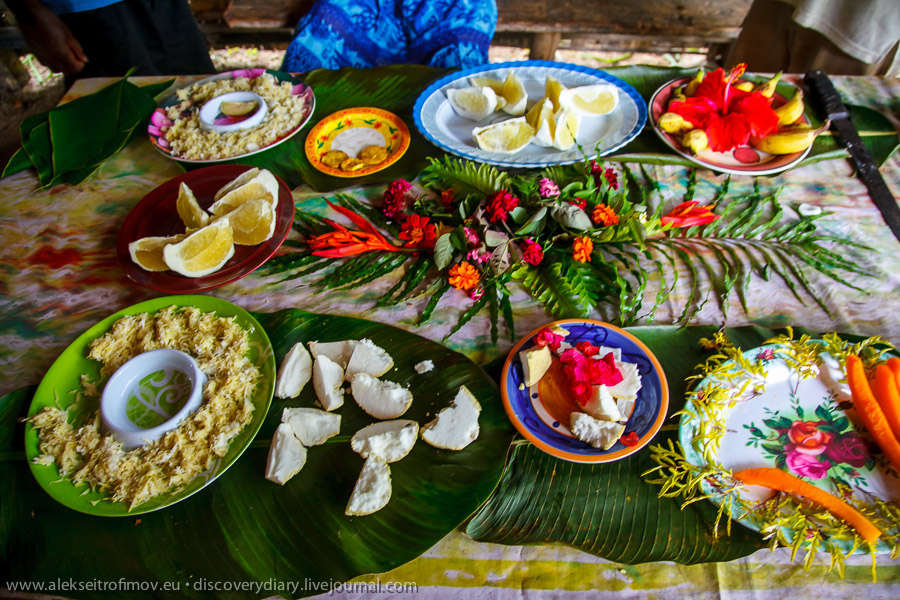 Saying goodbye to our guide from the bus window. 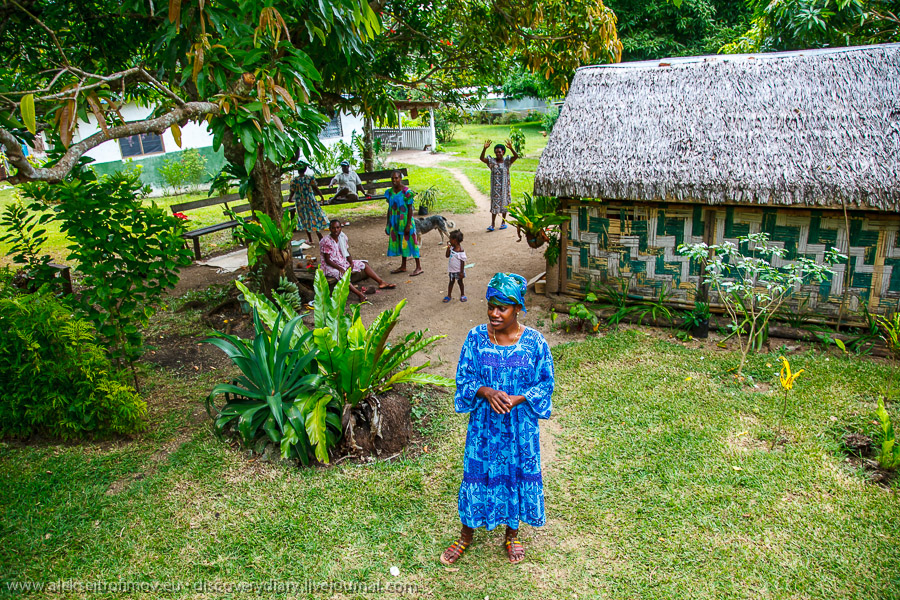 We also visited a village school. It has two classrooms and two teachers. The pupils are divided into two groups by age. Of course there are children of various ages in each group. 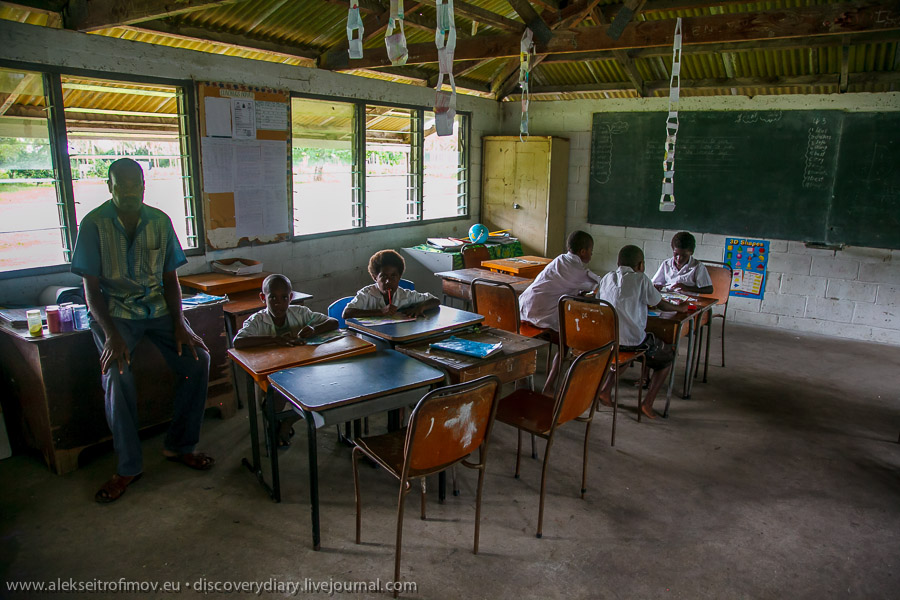 A poster about the country of Vanuatu. 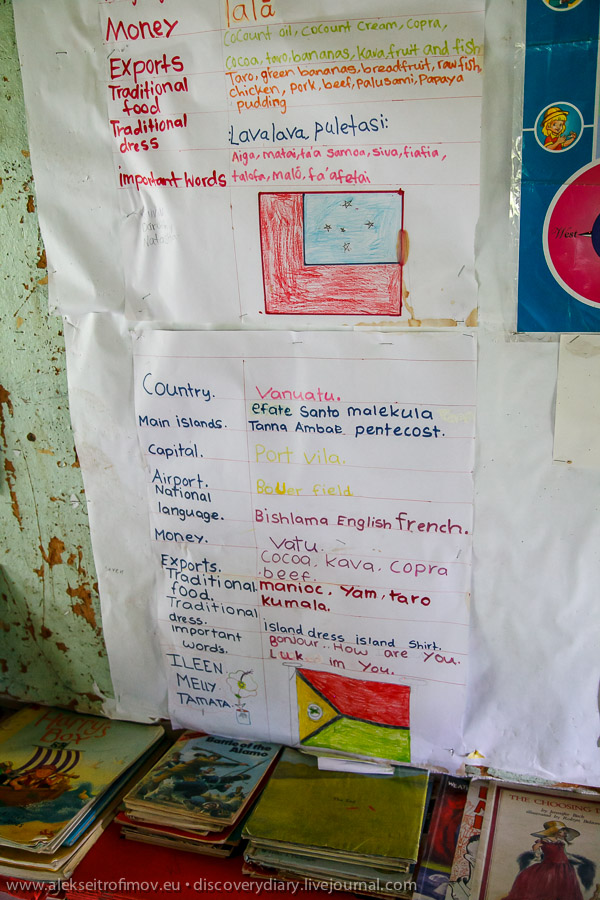 Note how many years are in one century. 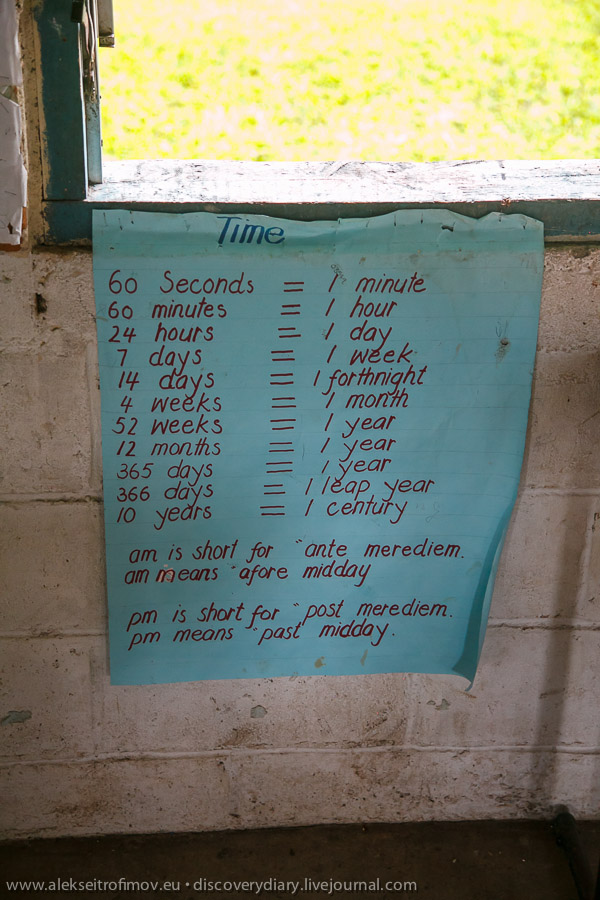 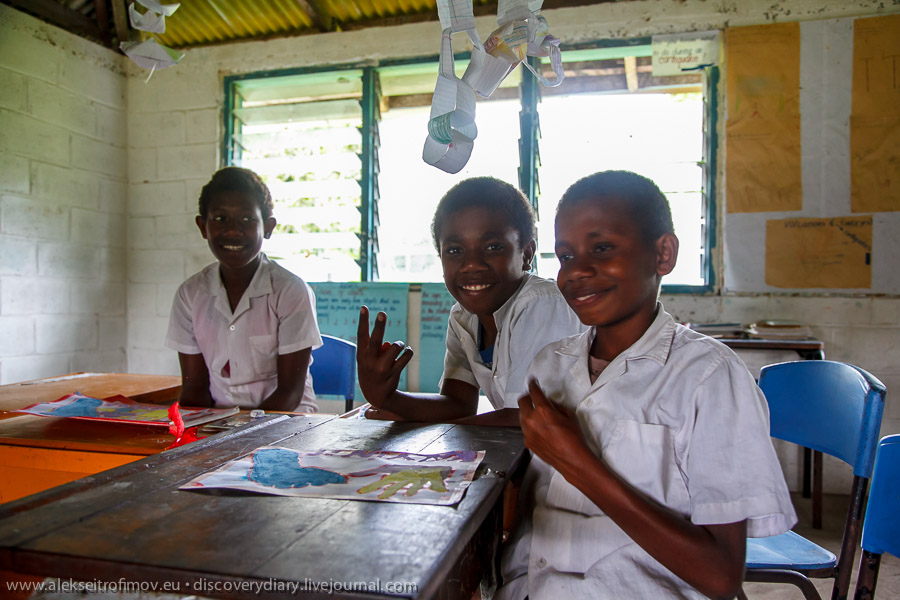 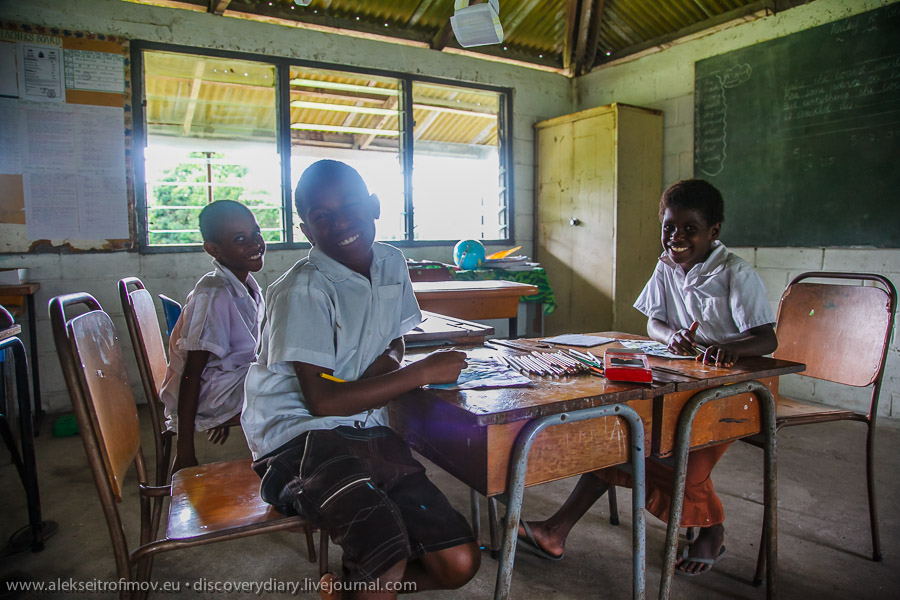 As this is Vanuatu, all the pupils of course stood in line and sang a song to us. 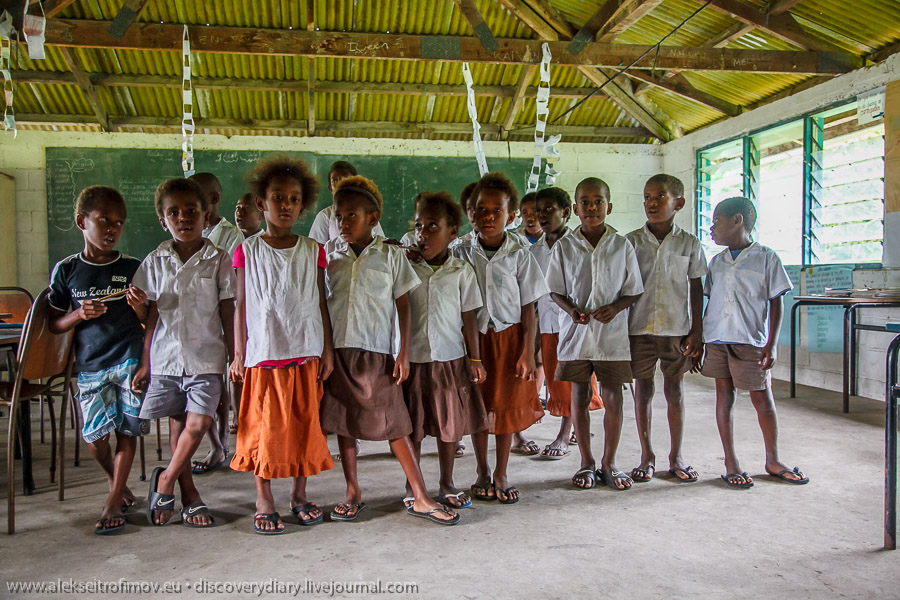 And then said goodbye without a care in the world. 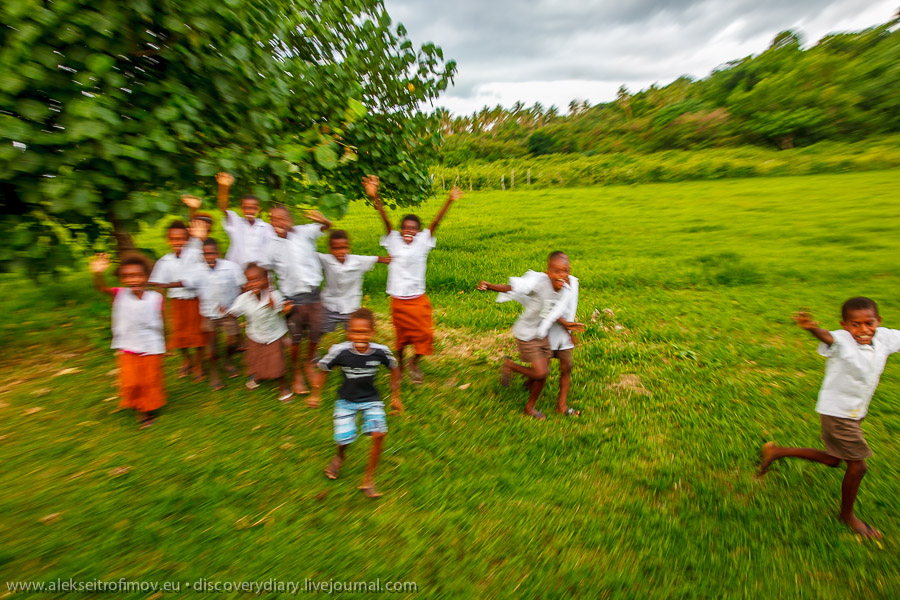 During WWII Vanuatu (then called New Hebrides) were used as aviation bases by the Allies. The American bombers made sorties from here to the Solomn Islands where the Japanese were defending. The Americans have left behind quite a few cultural artefacts and one local enthusiast has created a makeshift museum to showcase those. His pride is his Coca-Cola bottle collection. In those days the bottom of each bottle sported the name of the state of production. He has got bottle from almost every state. 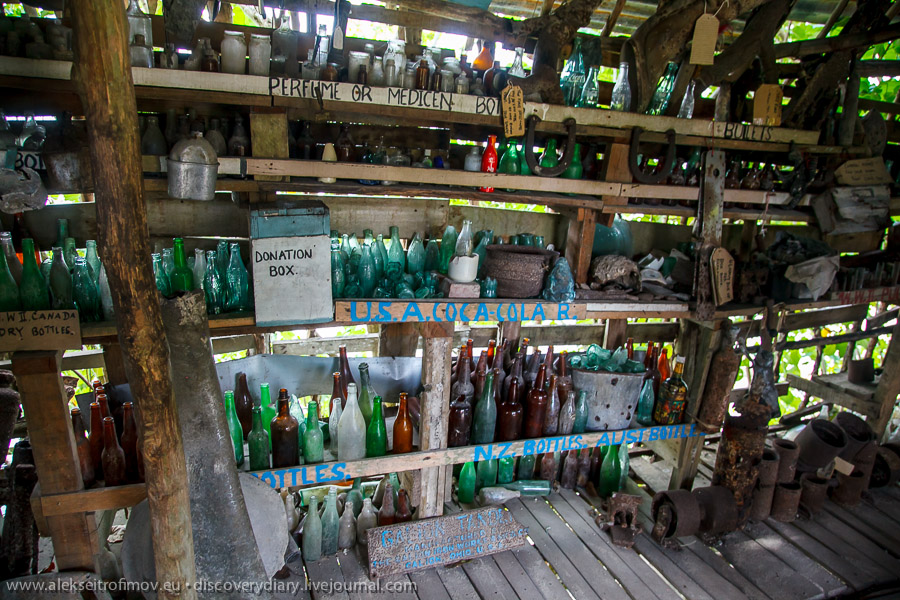 And to top it all off a cup of the traditional Vanuatu drink – kava. Kava is nothing like coffee. It has light hallucinogenic properties, even one cup makes your jaw twinge. It is frankly disgusting. The locals drink it by the liter and then are unable to walk home. But no local feast is complete without a hefty dose of the stuff. 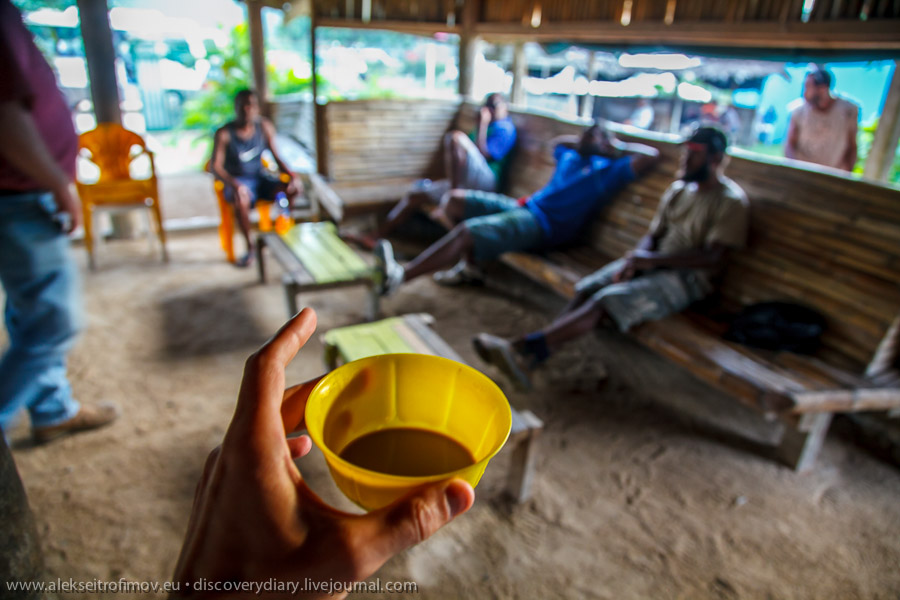 2 thoughts on “Vanuatu: a tour around Efate”