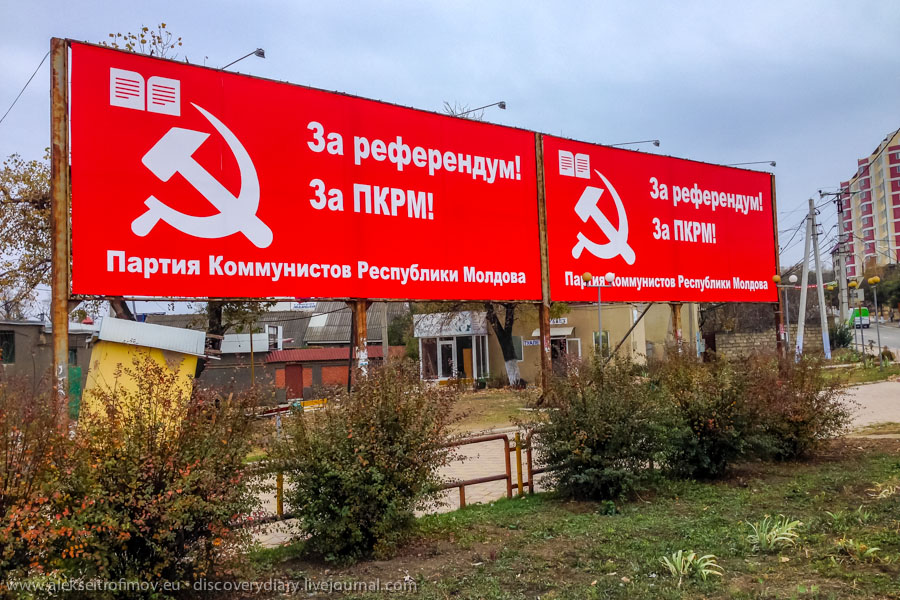 The main street in Comrat is called Lenin Street. It puzzles me why up until this day all over Russia the main streets are named after Lenin and October Revolution. Nobody in Russia seriously considers communism as the state ideology anymore, and yet the names persist, along with the dead body on the Red Square. The Comrat Lenin Street features the Lenin statue right in front of the city government. I was surprised to find on the same street a memorial to the victims of repressions. There were a lot of victims all over Moldova, as Stalin in his utter paranoia considered the local nationalism a major threat and would destroy even a hint of resistance with overwhelming force. 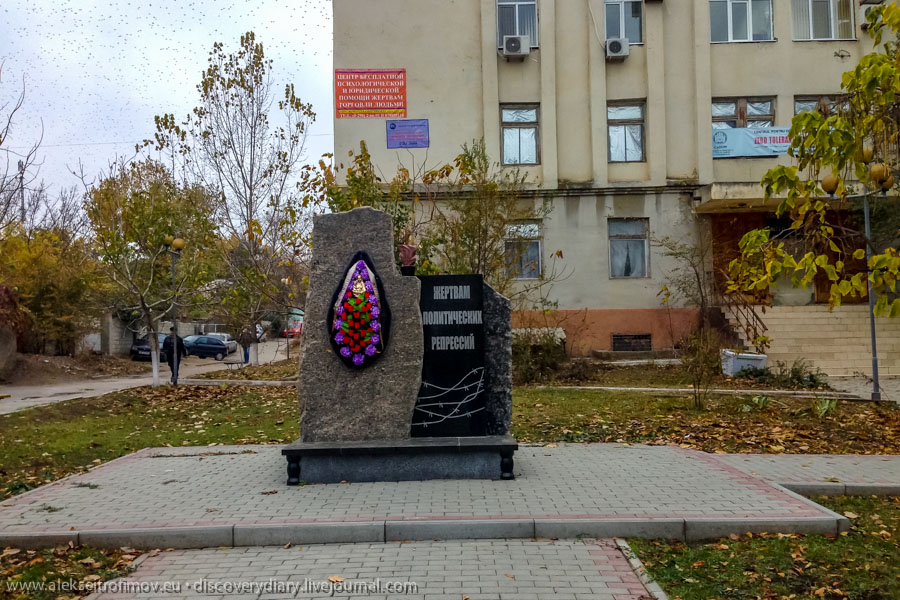 A memorial to the soldiers who died in the war in Afghanistan. It seems absurd that the West is now embroiled in the same interminable war. 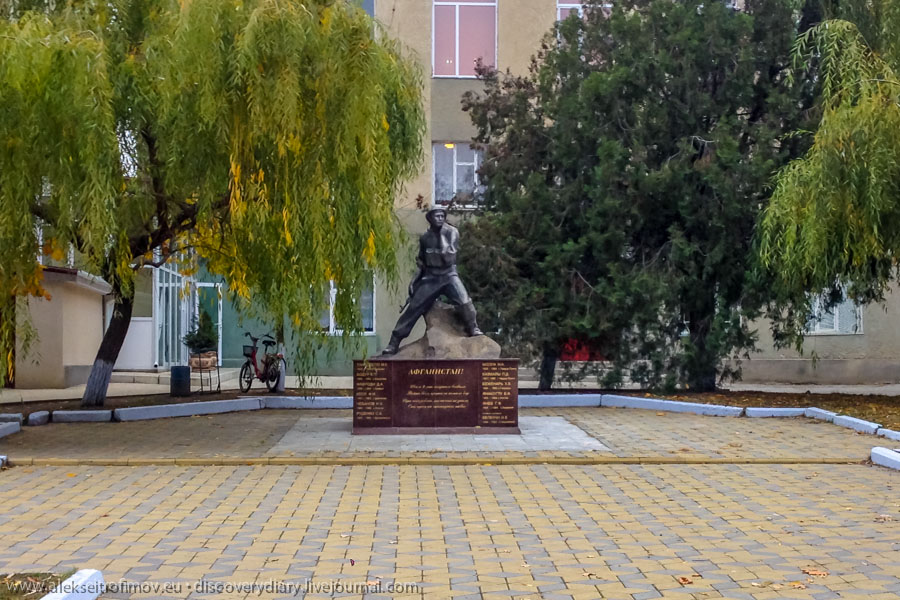 First thing in Comrat we visited the local museum as there was a risk it would close and we wanted to leave next morning. The museum is pretty fantastic and as visitors go, we were rather unusual for this museum. When the ticket lady heard I was from Tallinn, her face lit up with a bright smile and she began describing her visit to Tallinn 30 years prior. I found it endearing. An individual tour of the museum was offered to us by a student guide who was visibly stressed by my questions. The main corridor of the museum on the ground floor: 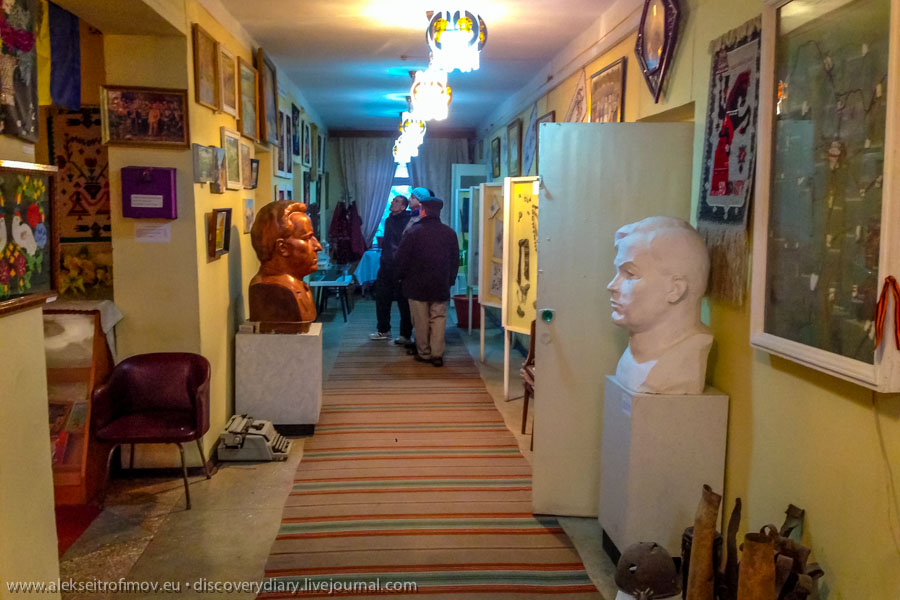 The museum was created by a local enthusiast and only recently did the local government embrace it and start helping it. The guide repeatedly complained that the museum has no space to show all of its numerous exhibits. Of course the museum is beyond provincial and you cannot help feel ironic when you visit. And yet I think it is great that it exists.

My photo with a local strongman: 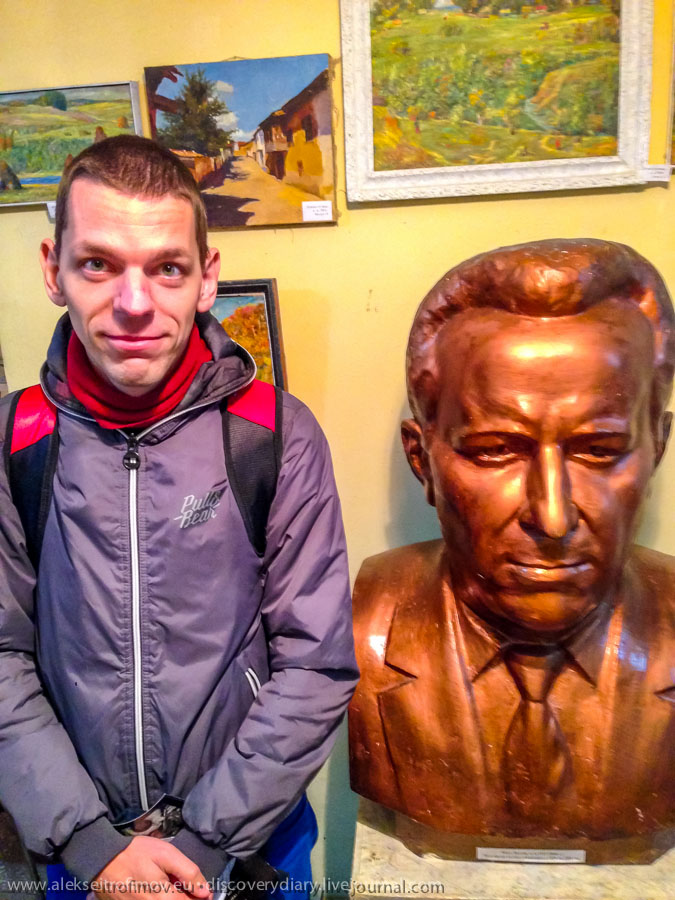 The second floor. In particular I was asking the guide about the origin of the Gagauz and couldn’t get a straight answer out of him. The reason is that there is no straightforward answer – rather, there are several competing theories. Either they are the Turks who converted into Christianity; or the descendants of one of the tribes of the Steppe, such as Polovtsy; or the Slavs who switched to a Turkic language under the Ottomans. To me though the Gagauz look much like the Turks. Their language is also very close to Turkish. Be it as it may, their history is very complex – in the Middle Ages they used to live much further South, in Bulgaria, and later moved here and gradually switched from cattle breeding to agriculture.

Another question that was difficult to our guide was the question about the repressions. The museum only has several photos on the topic, even though before WWII was a huge hunger with many victims, along the lines of Holodomor. The guide would describe how trainloads of grain would rot as people died from starvation. But then he immediately corrected himself and insisted that the reason was lack of understanding of orders and “errors”, and not the bad faith by the authorities. A surreal experience. This is where I realised how pro-Russian are the Gagauz, and later I could see the confirmation of that everywhere. A minibus to Moscow anyone? 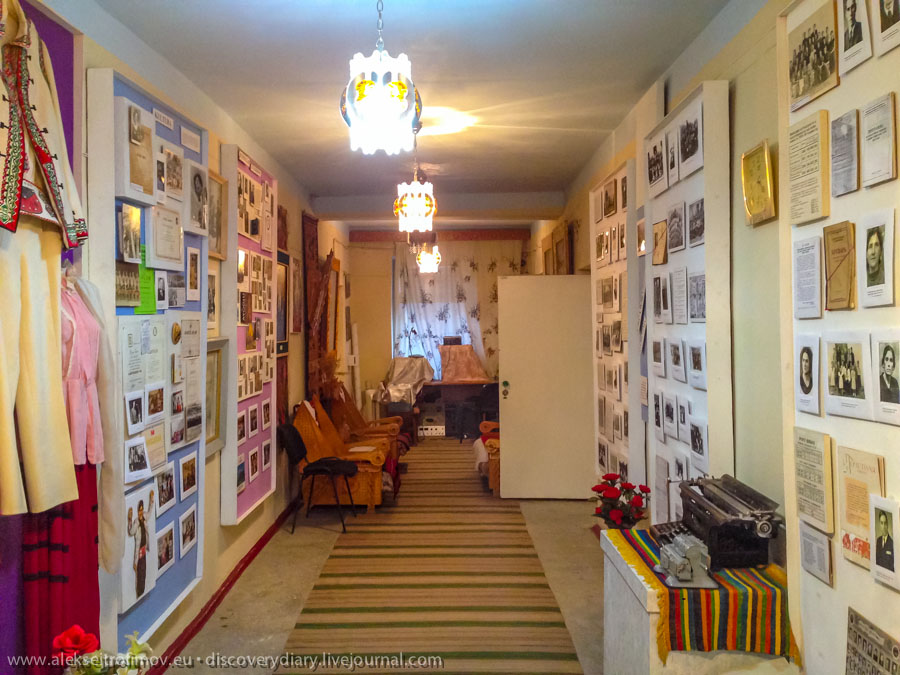 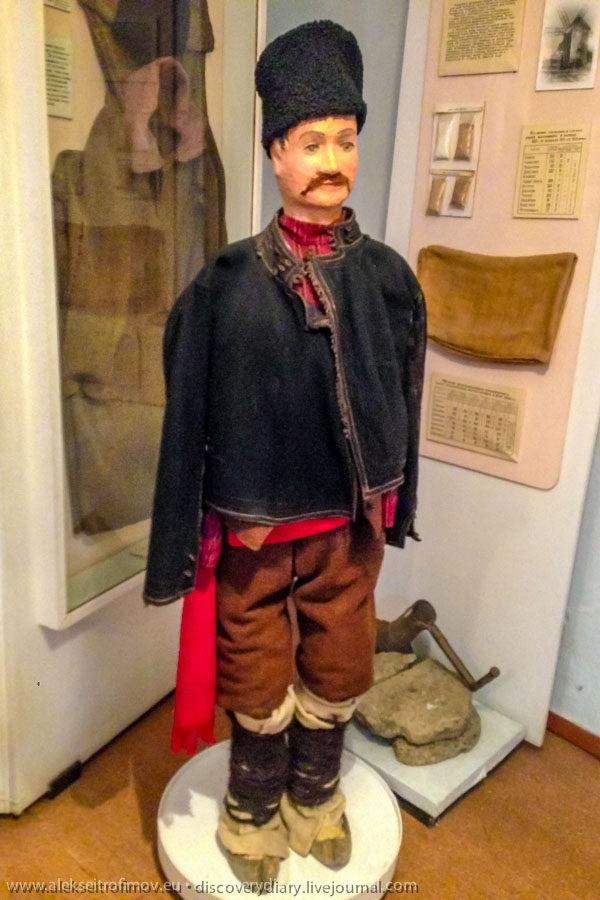 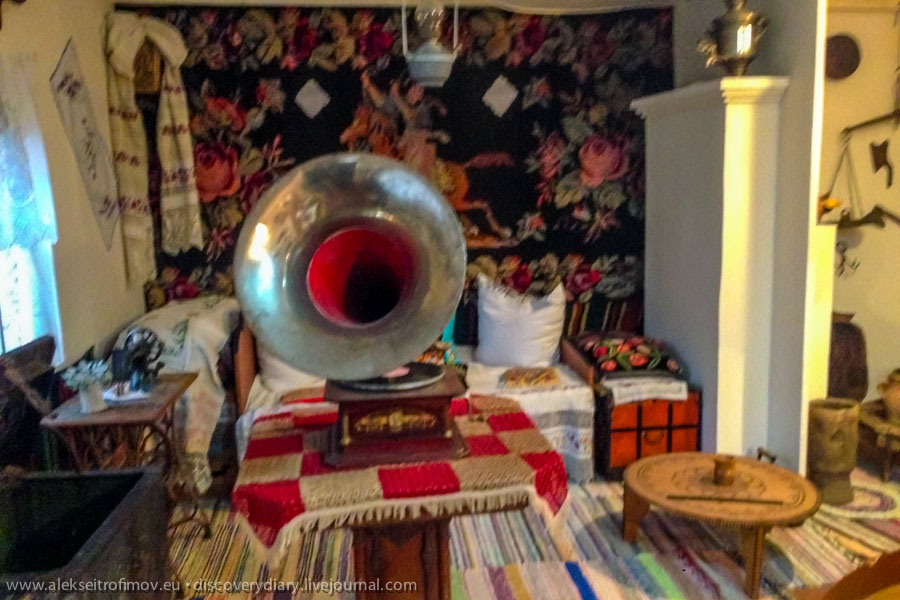 This is the only remotely touristic photo I managed to take in Comrat. The entrance to a small park that surrounds a small Orthodox church – the very centre of the town. The black horse is the symbol of Comrat, indeed the very word Comrat means “black horse”. Comrat is very small, indeed all of Gagauzia is only 150 thousand people. I guess that is the reason why it never seriously considered fighting for independence. Its territory is also incongruous with an independent state – it consists of several pieces of land separated from each other. 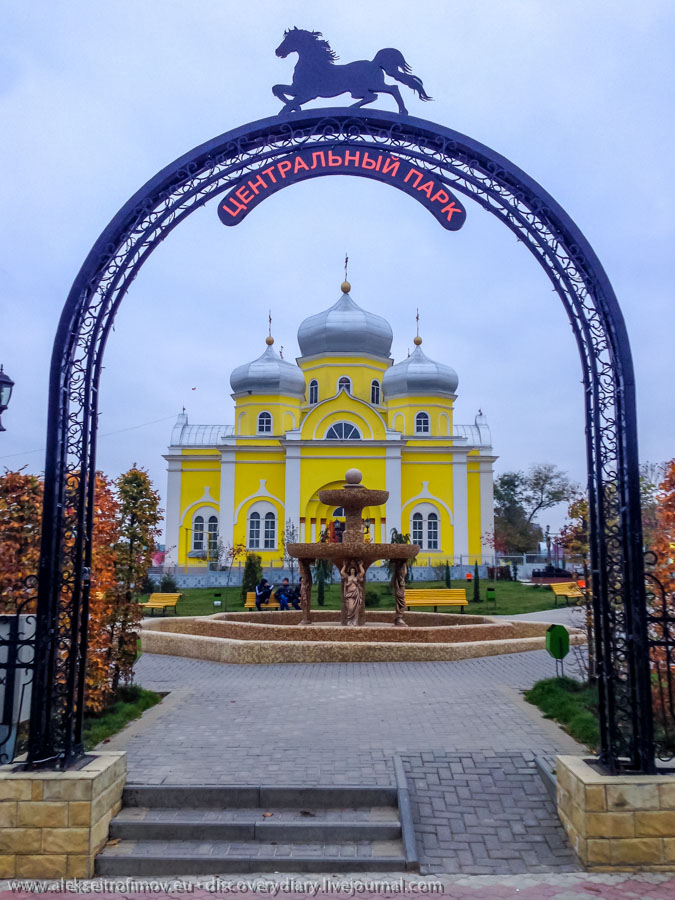 The main semi-pedestrian street of Comrat. The election posters are everywhere of course. Our hotel was on this street. We arrived without any reservation (booking.com? you’re kidding?) I did call in advance. The hotel looked much like a village house, although it had two floors. We took a room with hot water – unimaginable luxury! 300 lei. We were lucky in that the central heating had just been switched on in all of Comrat – otherwise the room temperature would be not much different from the outside. Still I didn’t dare to take a shower. Too cold. 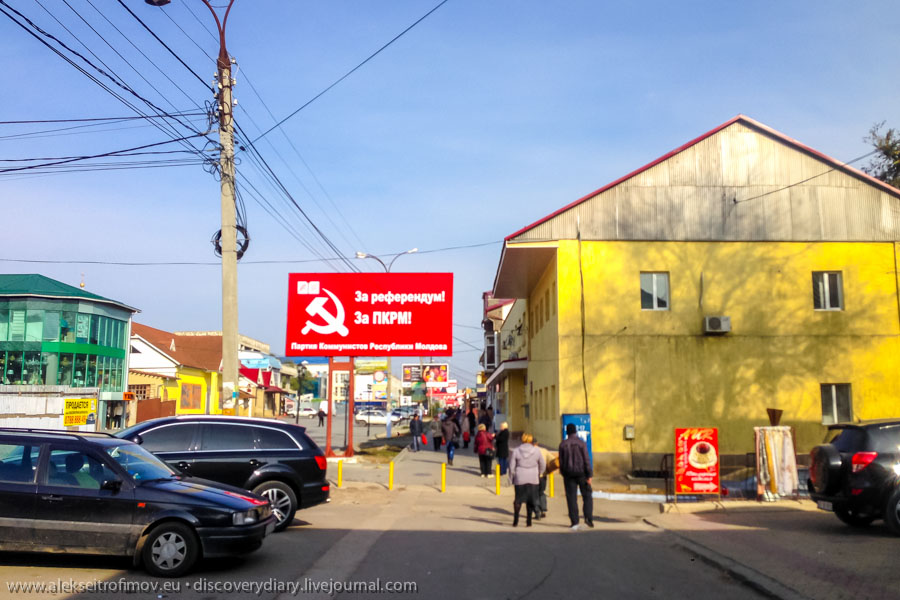 In the evening we wandered around Comrat looking for a restaurant to try the local Gagauz cuisine – specifically we had read in our guidebook about a local spicy ram soup called gagauz sorpa. But no luck with the soup. There are only about five “restaurants” in Comrat, one more fantastic than the other. This is the last page of the menu of one of them – “Aquarius”, if I’m not wrong. These are the prices for various crockery items. Obviously this is to be paid when an item is broken and it is a common occurrence in Aquarius. Some items are pretty mysterious – who would break an electric kettle? Why?

In each of the restaurants on our quest we would take 50 grams of vodka – no other way – and so our walk around frozen Comrat became more and more pleasant. Finally in the last restaurant on the ground floor of our hotel we took some barbecued meat and finished it with yet another vodka. Off to Transnistria tomorrow! 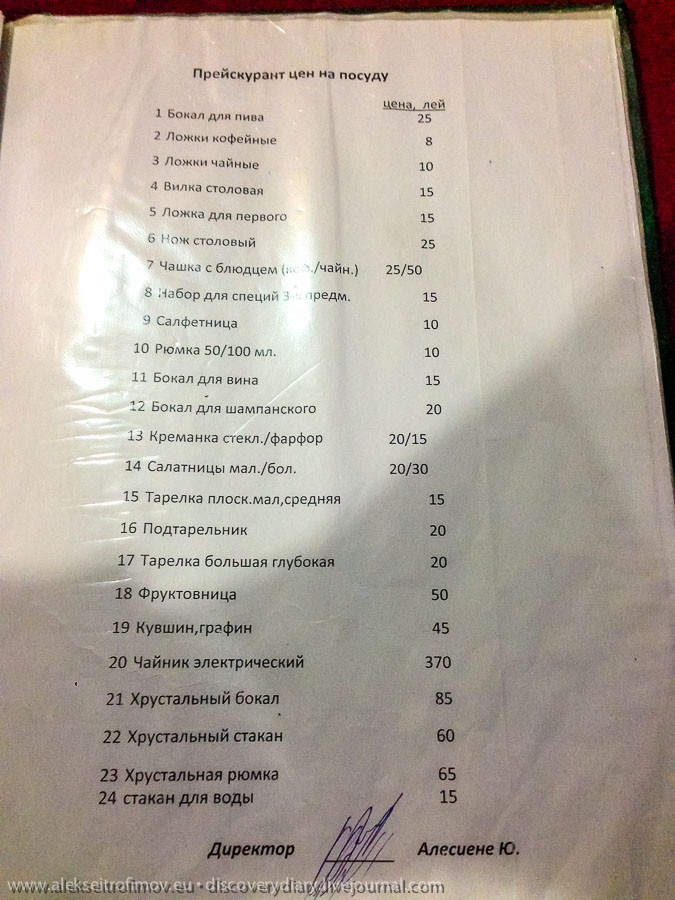