The Birdman cult was something rather extraordinary. It demonstrates again what mad fantasies can be developed by the human mind if it is left to its own devices, in relative or full isolation (this is felt very strongly all over the world in isolated places, for example in Japan, where I am right now).

The Birdman cult was concentrated in the sacred village of Orongo. The path from Hanga Roa to Orongo can be undertaken by foot, it is about 5 km up the slope of the volcano, and indeed it retraces the ancient sacred route that was used by the processions from other parts of the island to climb the volcano. This is how this magical path looks: 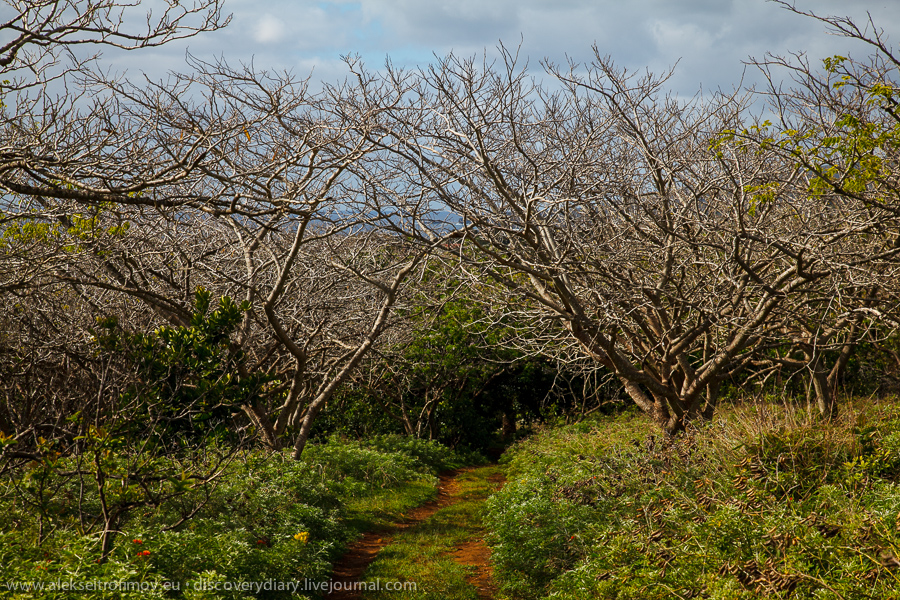 END_OF_DOCUMENT_TOKEN_TO_BE_REPLACED

On my RTW trip I took a decision to travel all the time in the Westward direction. Logistically, the most complicated decision on a RTW trip is how to cross the Pacific. I considered two options: option nr 1 was to fly from Santiago to Easter Island, from thereon to Tahiti, and further to Australia or to Japan via Hawaii. Option nr 2 was to first get to the United States, then fly to Hawaii and on to Japan. Eventually it became clear that option nr 1 did not quite fit into the logic of my trip, which was to be as spontaneous as possible, the reason being that in fact there is only one flight a week from Easter Island to Tahiti, this flight is very expensive if buying close to the date of the trip, and also the further flights were rare and expensive. The working option turned out to be option nr 2, which I eventually implemented.

However visiting Easter Island was my long standing dream. And so I decided to fulfil it. From Santiago I bought a return ticket to Easter Island, spending three days on the island. It is funny that even in our day a simple price arbitrage is possible. My initial intention was to buy the ticket on the website of LAN (the Chilean airline that flies monopolistically to Easter Is). But then just for fun I checked the price on some aggregator websites as well as on related companies’ sites. And – ­surprise surprise – ­on the website of TAM, a Brazilian company related to LAN, the same flights on the same days cost 200 dollars less. So of course I bought the ticket via TAM. Don’t know how that is possible and what is the explanation, I just know that such inefficiencies occur time and again. I remember once I needed to buy a ticket from Seychelles to Mauritius (we had an Air France flight arriving in the former and leaving from the latter). But Seychelles’ national airline due to some bizarre local rules refused to sell a one-way ticket and insisted we pay the price of a return one. I just refused to accept this. So sometime later out of nowhere a ticket found itself on a site of a small web aggregator of which I’d never heard, three times cheaper. At the time I was traveling around China, was staying in a small town in the Gobi desert. It was really exciting to be buying this ticket around the Indian ocean while sitting in a huge café on the outskirts of China filled with smoke and shouting Chinese hackers.

Although Easter Island belongs to Chile, it is actually pretty far from mainland South America; the flight takes about six hours, the distance is 3700 km. Easter Island will probably be the most remote place I will visit on this trip. It’s a fantastic feeling to approach it from the air.

The clouds and the Pacific below: 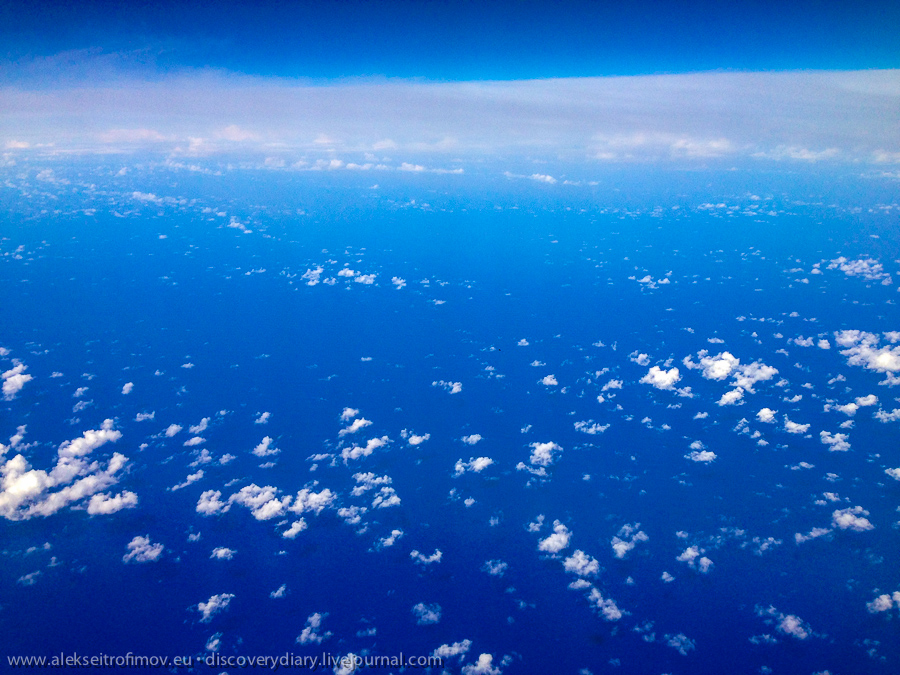