An incredible giant fortress was built by the freed slaves for the Black King at the top of a mountain chain to fight back the return of Napoleon. Sounds like an alternative history novel? And yet it’s true. Citadelle Laferrière is located just 30 kilometres to the South of Cap-Haïtien. More than that: at the bottom of the mountain a black Versailles stands in ruins, a large sophisticated palace that was conceived by the black king as the centre of the administration of the newly built black kingdom.

This double attraction is the pride of Haiti and its main tourist sight. Inscribed to the UNESCO World Heritage list, it is no doubt the most surprising and most impressive fortress built in the Western hemisphere after the “discovery” of America by Columbus. As I wandered around it, I was struggling to comprehend how the slaves that had just gained their freedom could built such a miracle of architecture in the middle of a country destroyed by the civil war? How an idea this brave could be born, what was the key to its methodical implementation?

Clearly, when this fortress was built, when the kingdom of Henri-Christophe just came into existence, the whole history of the world must have appeared very different, and the future too held a very different promise. It was the time when the United States had just been born, the French Revolution had just taken place. The reactionary forces had not yet suffocated the new growths of freedom in Europe. And Africa was not yet divided between colonial empires like a multi-coloured carpet. At that time anyone could be forgiven for thinking that freedom and self-sufficiency were within reach for any hopeful new country.

This is a video I made in Citadelle Laferrière. From its top levels I could see an incredible panorama of Haitian mountains descending towards the Atlantic in the distance. I added a song “Ayiti leve” from an album of Haitian music given to me by a friend long time ago. “Ayiti leve” in Creole means “Get up, Haiti!”

END_OF_DOCUMENT_TOKEN_TO_BE_REPLACED 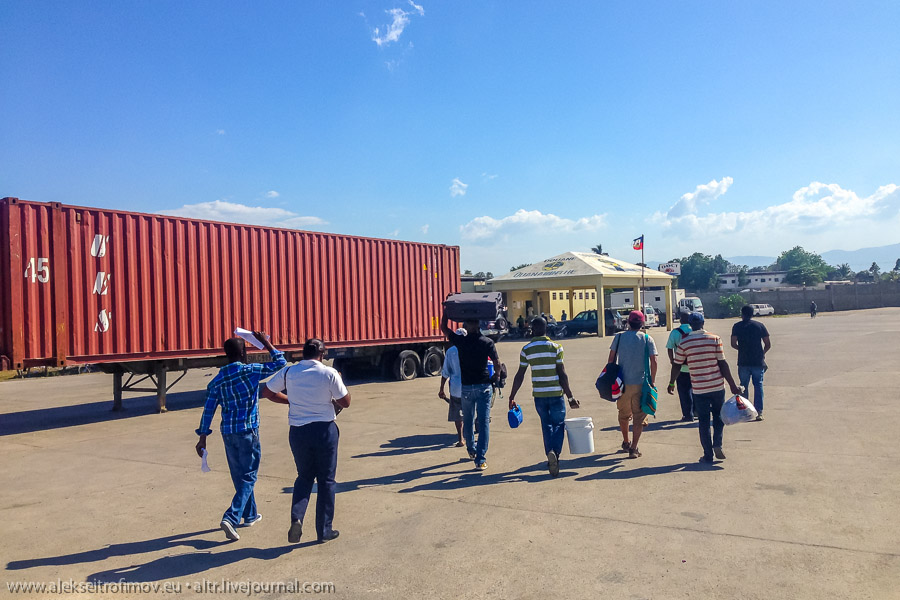