My initial plan was to stay in Santiago just a couple of days at most, but eventually I spent several weeks there, with short side trips. The spring in Santiago is an exceptionally pleasant time. I broke down the memories of this wonderful place into several short interconnected chapters. The first of them – ­simply the views of Santiago and the first impressions from it.

Probably the prettiest view of Santiago is from Cerro San Cristobal, the peak to the North of the centre that controls the whole place. 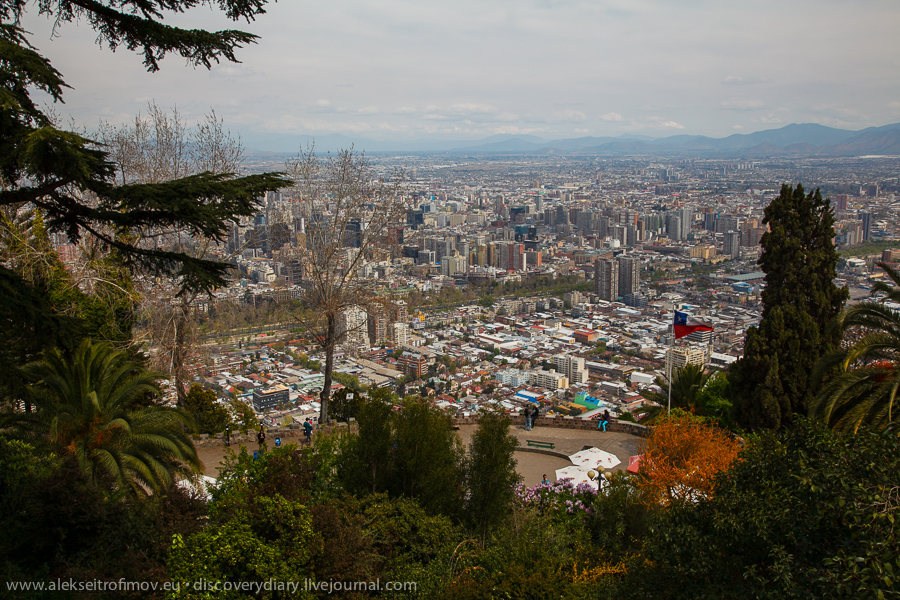 You get there using this kind of cable car: 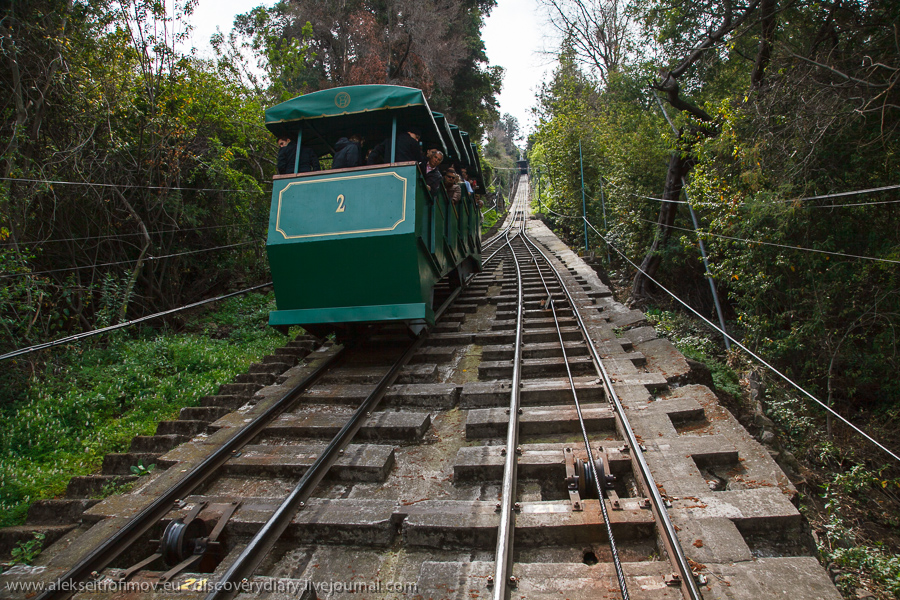 The view of Santiago as you ascend: 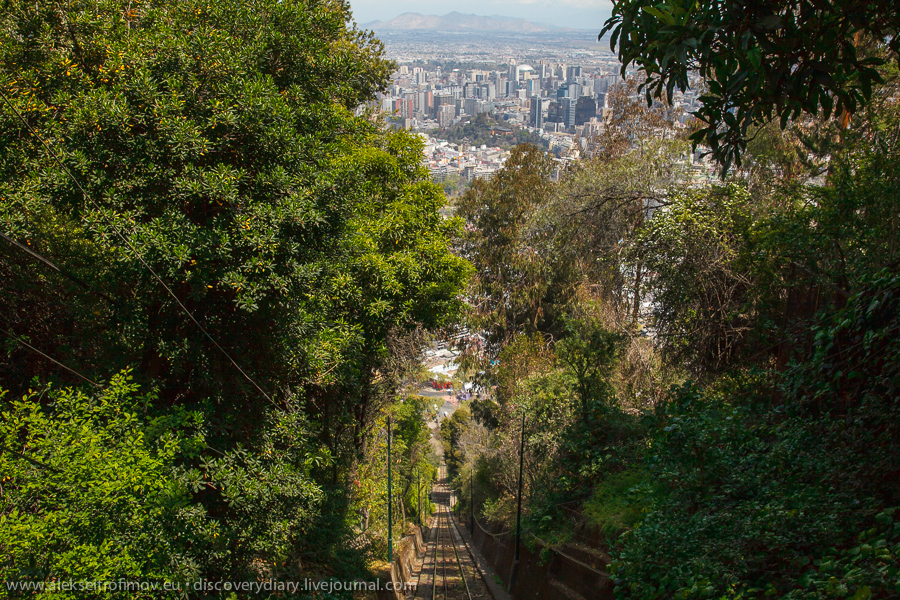 Virgin Mary is crowning the hill. There is also an open concert hall, exhibition space and a huge park: 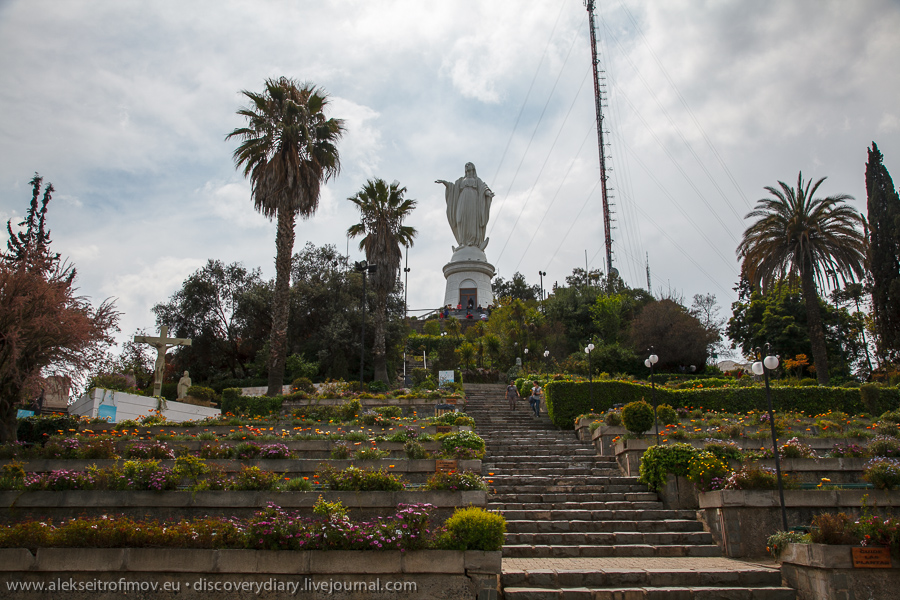 The city of colourful houses: 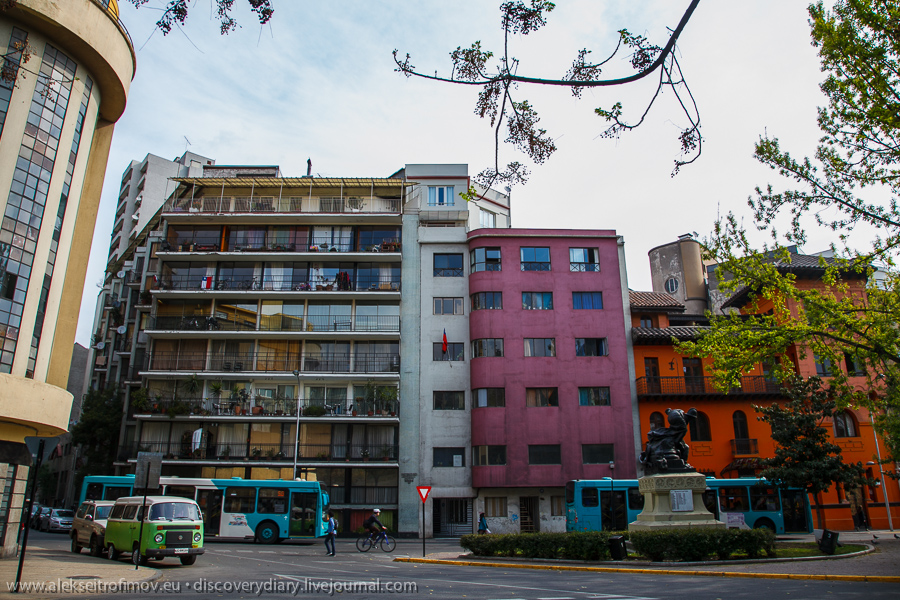 I spent inordinate amounts of time around this crossing just North of Cerro Santa Lucía. I lived just two steps from here, switching from hotel to flat to hotel to flat, and here the best cafés and restaurants are concentrated. 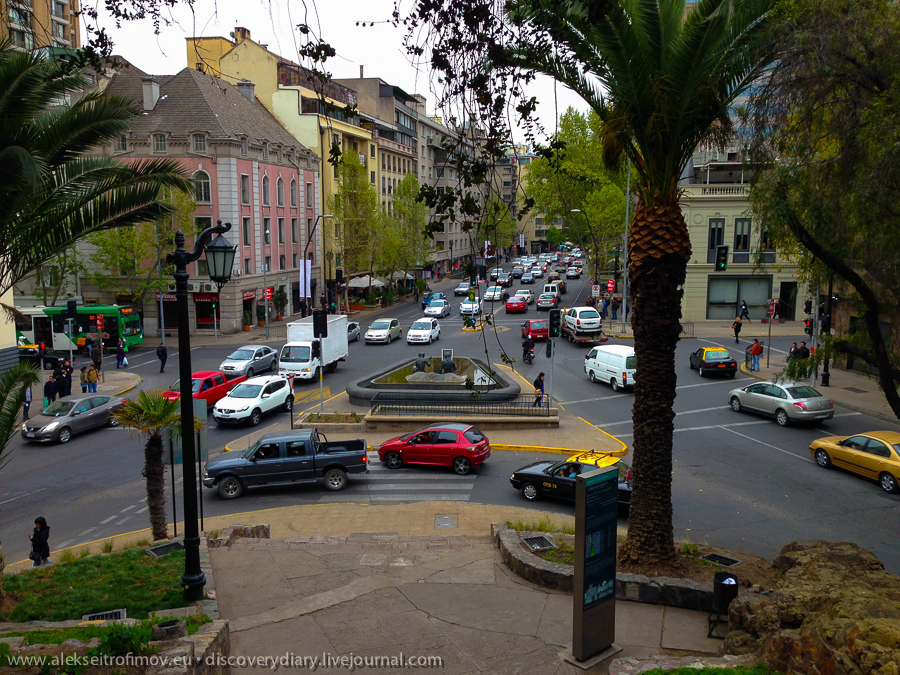 Cerro Santa Lucía is in the very centre of the city. It also provides nice views of the whole place. The view of San Cristobal mountainy from which I started. 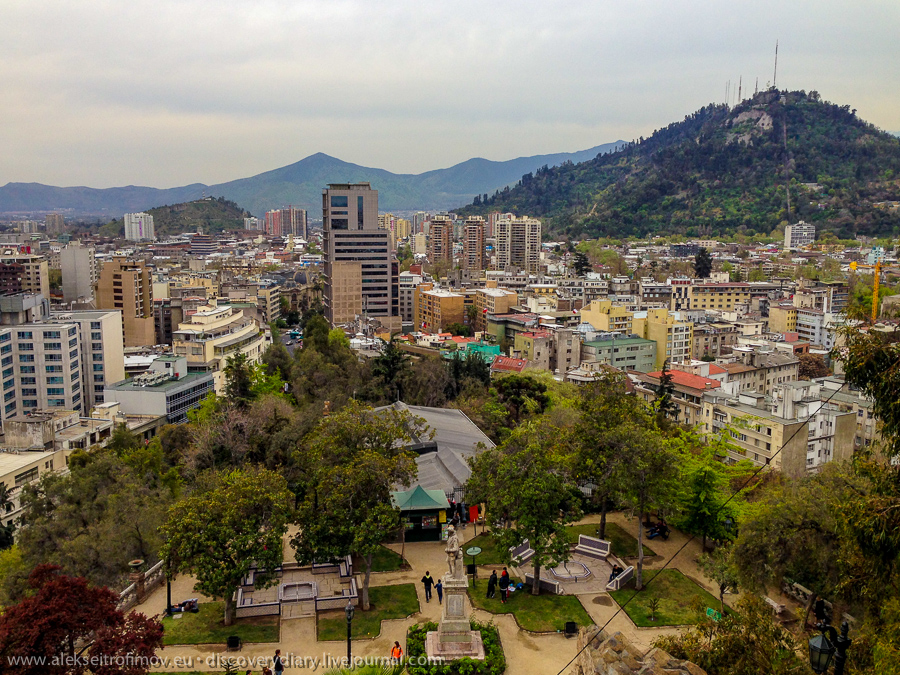 The centre of Santiago. Santiago is surrounded from every side by mountain chains, some of the mountains are covered with snow. 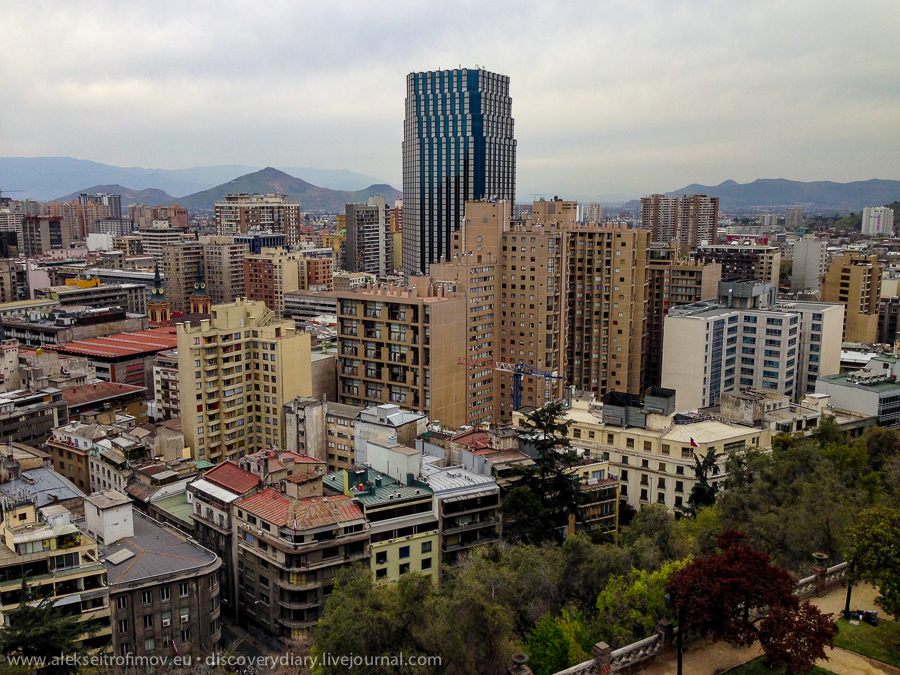 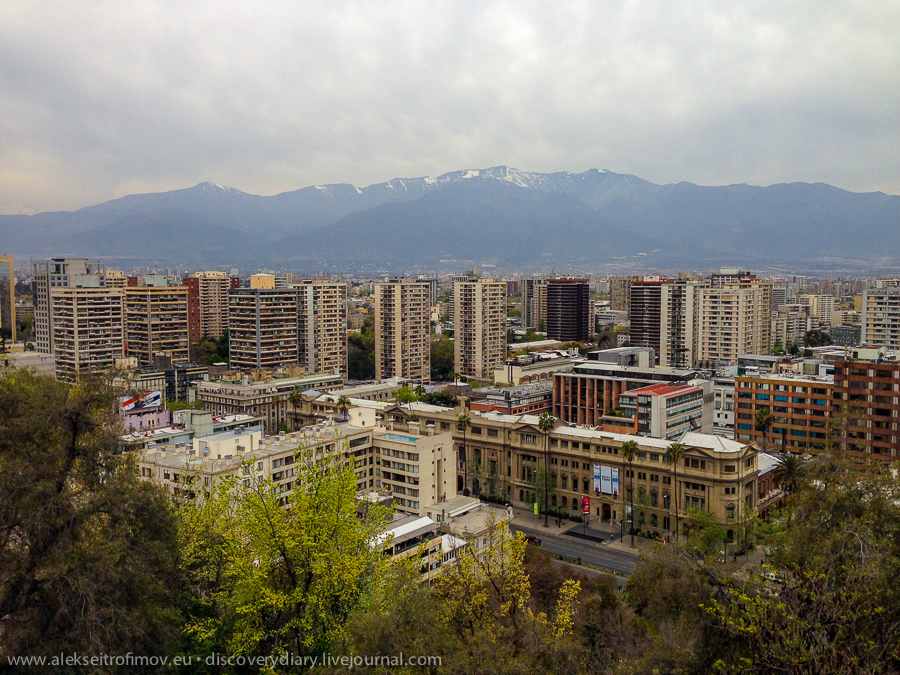 One Sunday as I left home I got into this procession right next to Santa Lucía, in honour of Virgin of Carmen: 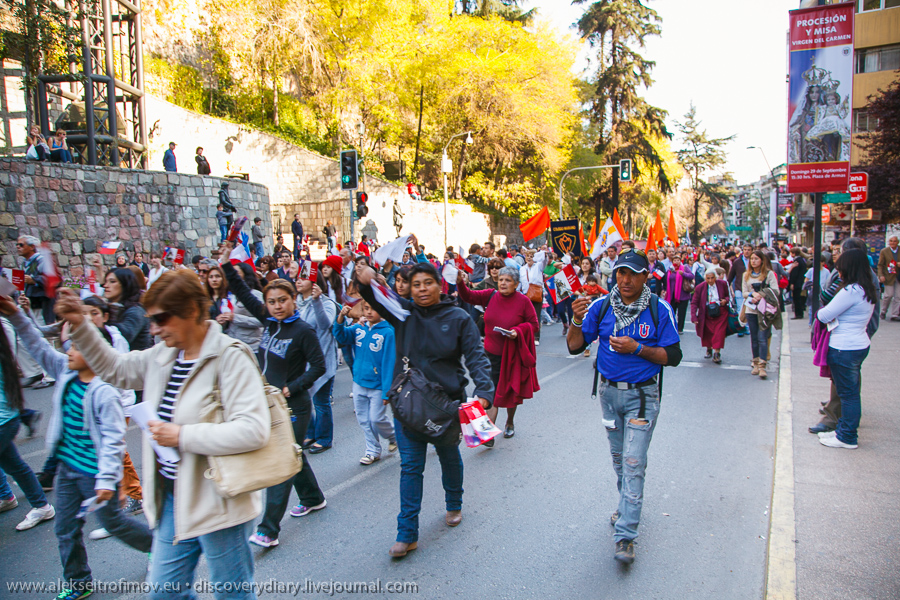 Santa Lucía was the very first place where the conquistadors founded a small fortress in the Santiago area. Initially Santiago was not conceived as the capital of the province. Rather it was the city of Concepción, way to the South, that was destined to be the capital. However the local Mapuche Indians turned out such a fierce adversary for the Spaniards that it was not possible to hold the Concepción area consistently. Eventually Santiago came to be the capital as it was closer to the Spanish communication routes and was easier to defend geographically. Mapuches kept their independence probably longer than any other Indian tribe in the Americas.

The statue of don Pedro de Valdivia, the founder of Santiago, on Cerro Santa Lucía. He looks rather sad here, perhaps because he ended up captured and executed by the Mapuches. 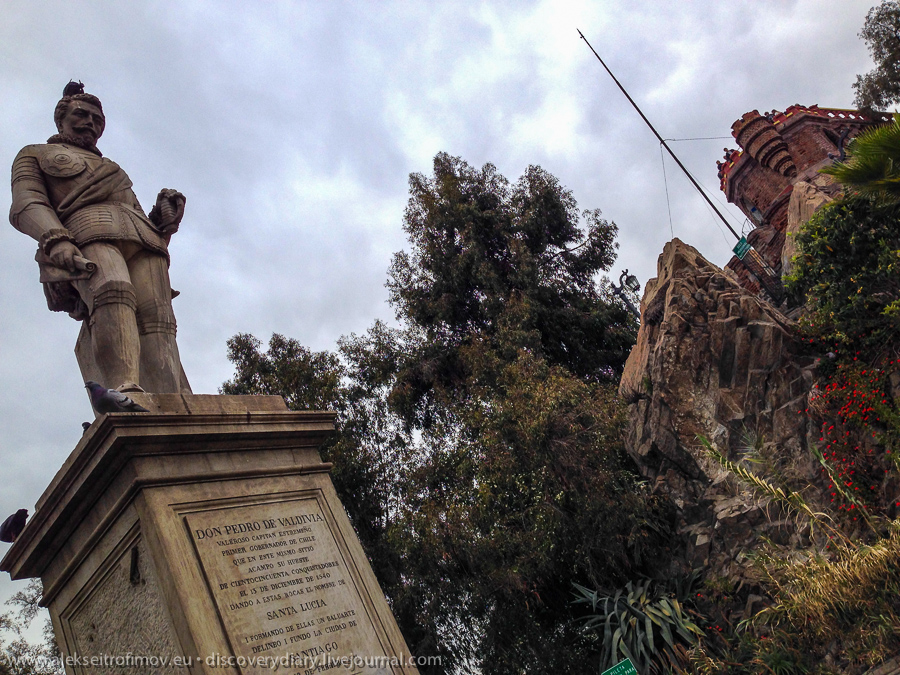 On the main square of Santiago, inevitably called Plaza de Armas, there are two statues. One is the statue of don Pedro on a horse; the statue at the other end of the plaza is this one – ­in the form of a deconstructing face of a Mapuche Indian, symbolising their tragic destiny. Plaza de Armas though is a very fun place, always full of people, clowns, guides, chess players and dancers. 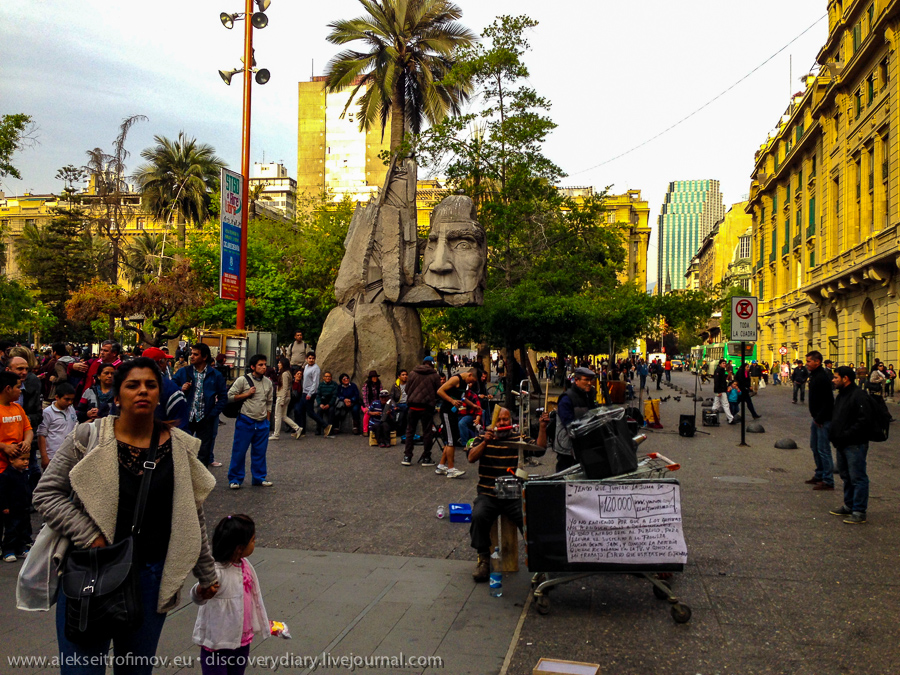 Dance was in general the leitmotif of my Santiago experience. I was constantly surprised to see dancing people everywhere I went. On streets. Squares. Behind fences in private homes. And of course in nightclubs, of which there is an endless amount.

On my very first day I was visiting GAM (Cultural Centre Gabriela Marques) and behind the glass windows of a café the youngsters were learning rumba steps: 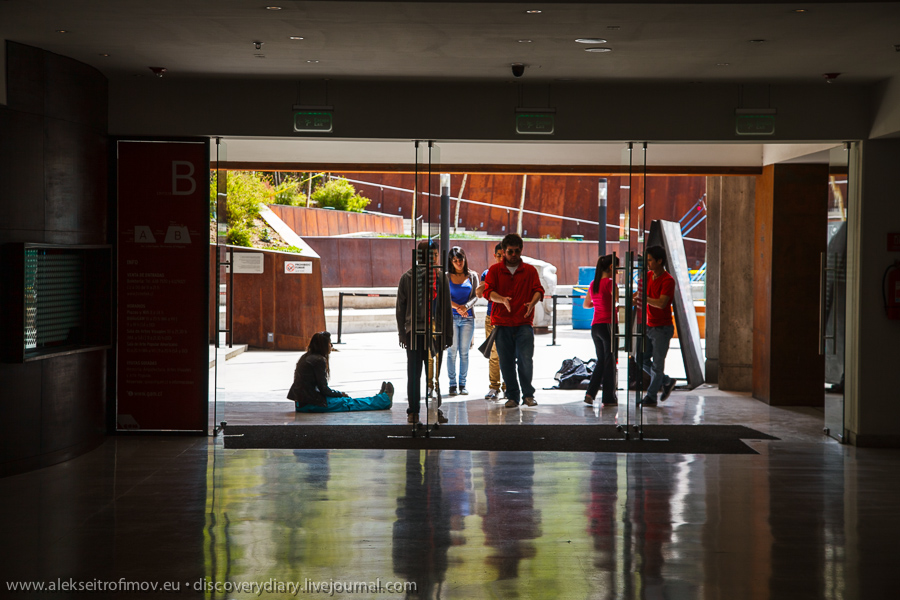 On a large covered plaza a collective performance was rehearsed: 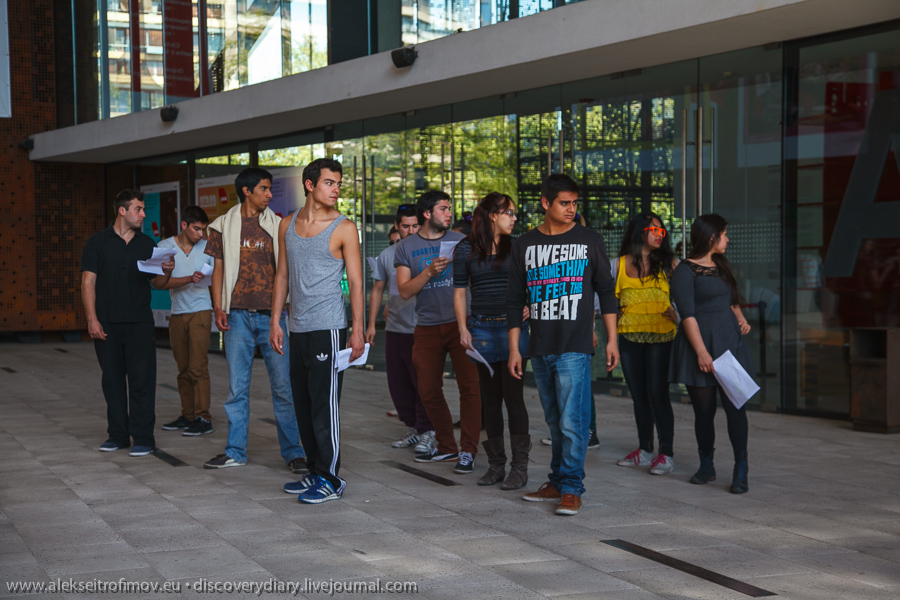 Dancers of all ages on Plaza de Armas: 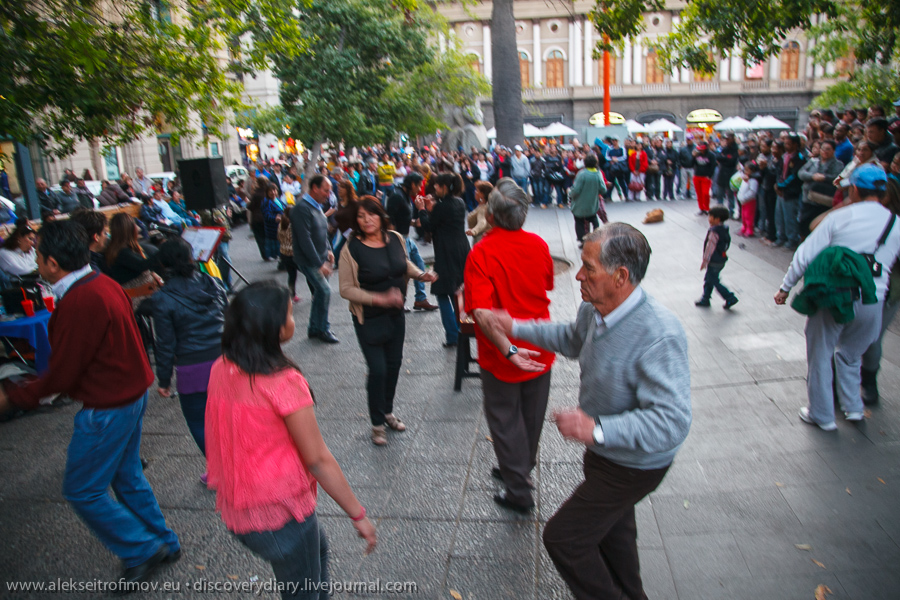 A wonderful photo and video installation in the framework of Still Movil project in GAM, devoted to the dancers and dance culture in Latin America: 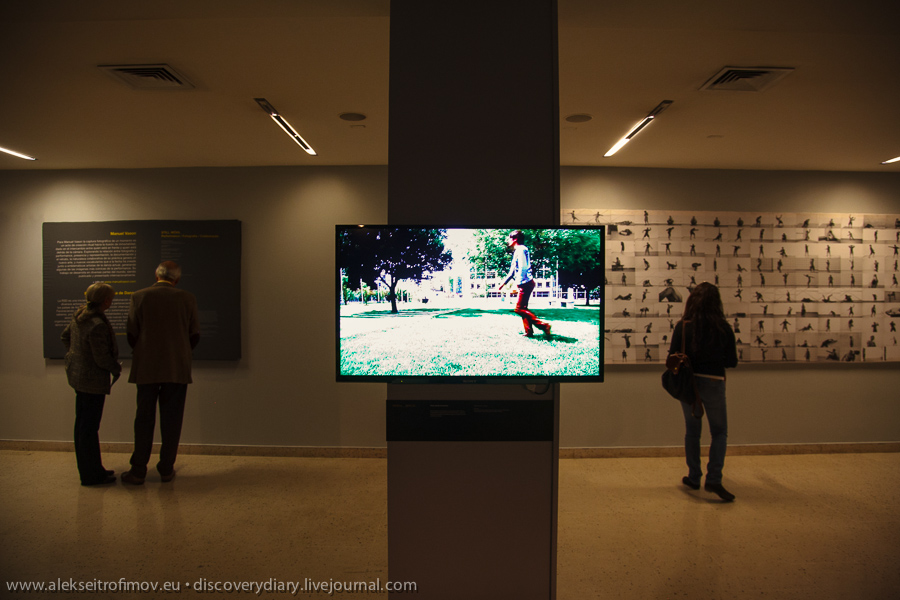 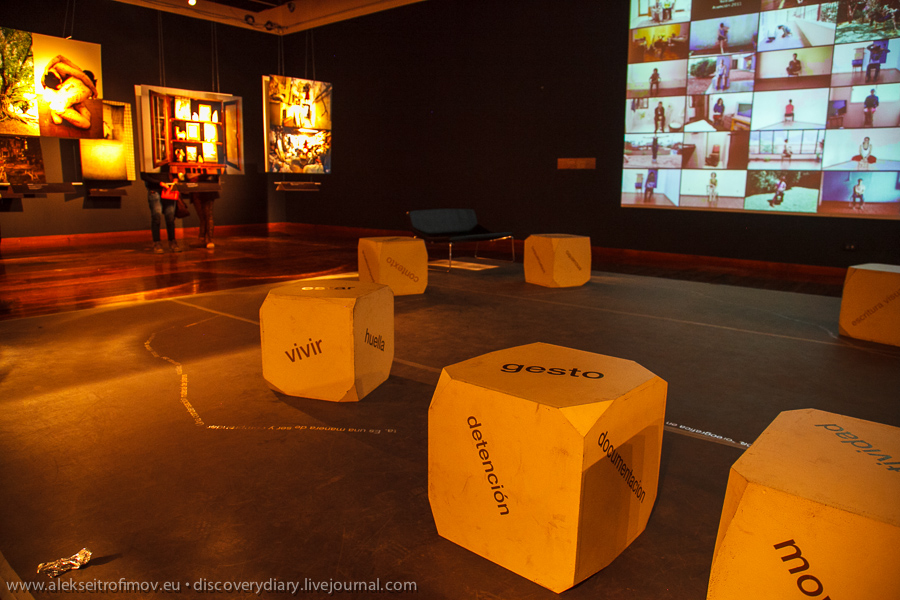 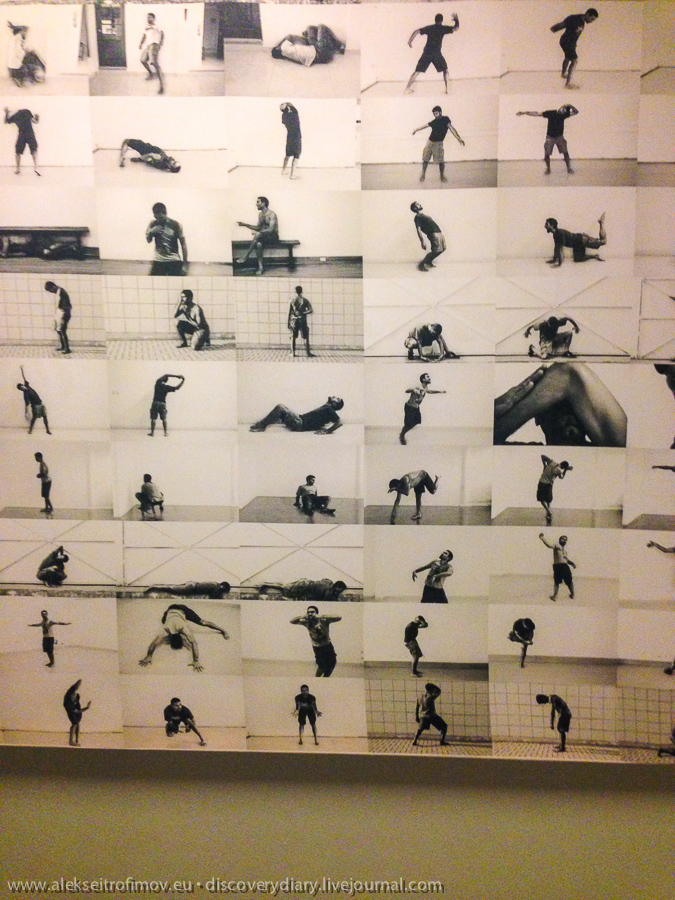 And finally a random punk concert in the bed of Santiago river with radicals dancing and shouting. The Social Democrat presidential candidate Michelle Bachelet, who leads in all polls, observes the scene with approval from a billboard. 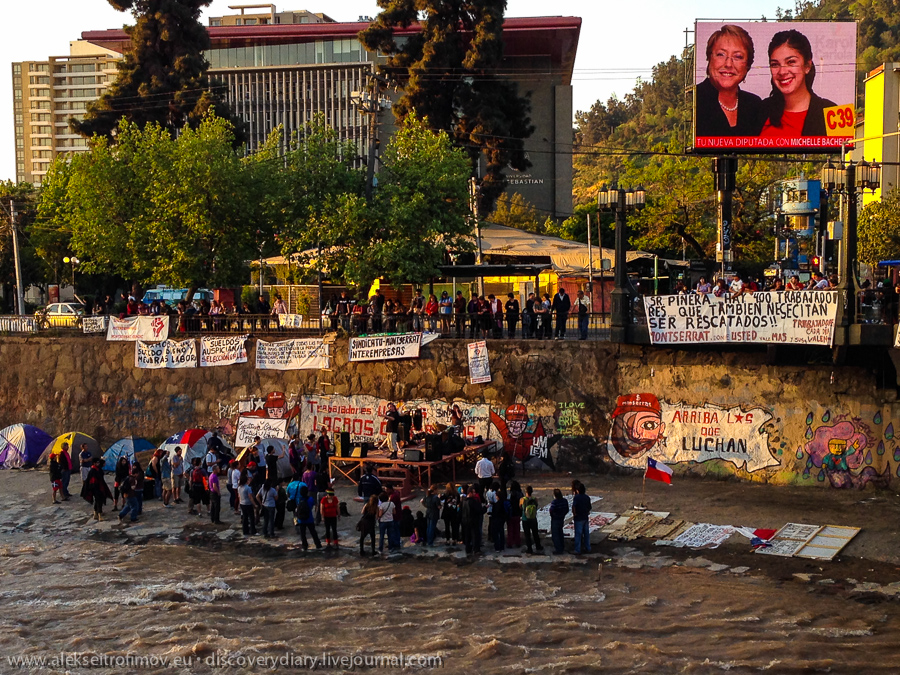 One thought on “Santiago: the city of dancing people”