I spent the period from 6 to 30 July in Tallinn. It was a time of quiet, rest and reflection. I also had a chance to meet a whole lot of different people. Some of them may even read this post.

As I’ve spent all in all about 21 years of my life in Tallinn, obviously I did not revisit all the tourist attractions this time. In this post I will publish some photos which somehow landed on the lens of my camera almost as if by themselves. For tourists the most interesting areas in Tallinn are surely the Old Town and Kadriorg. But the cultural life, the happening of the city has recently moved to the areas of Kalamaja and Põhja-Tallinn, and that’s where I spent a lot of my time on this visit – mostly just sitting around in cafés.

I’ll start with this photo – I made it from a bus window as I was heading back to the centre from Pirita. Pirita is an area of Tallinn which plays host to a whole range of interesting sites. They are: the main beach (packed at this time of the year, when the weather was unusually hot – though I didn’t make it to the beach at all), the incredibly atmospheric ruins of St Brigitta monastery, the yacht harbour, a curious Soviet-era monumental complex, and finally the Pirita river – very pleasant place to spend an hour or two rowing in a boat. This is a monument to the perished seamen designed by my father many years ago. 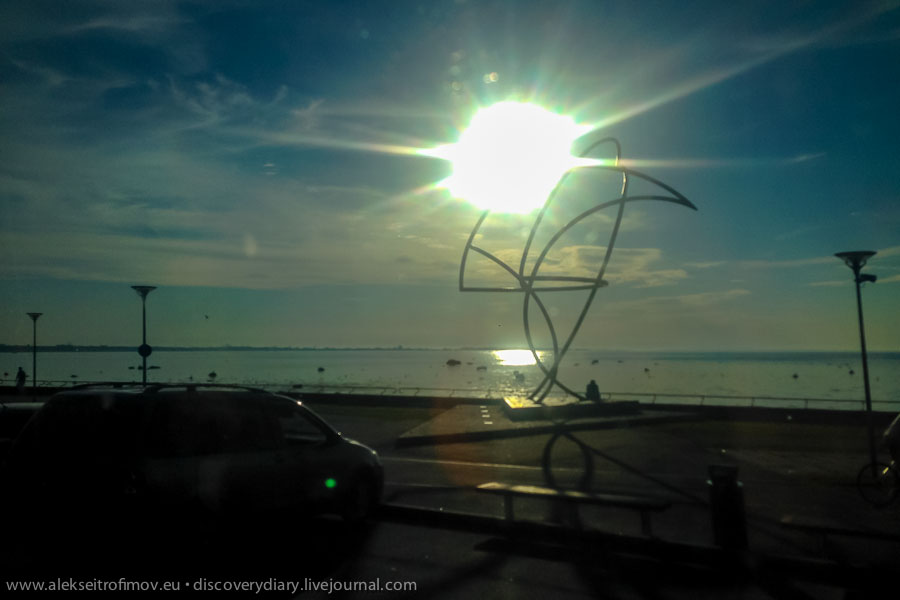 We move on to the North of Tallinn. This is Kultuurikilomeeter – a pedestrian (and bicycle) walkway which stretches from the harbour to Kalamaja wooden architecture area, passing through a number of “cultural objects”. The kilometre starts from EKKM – an alternative-radical contemporary art museum. 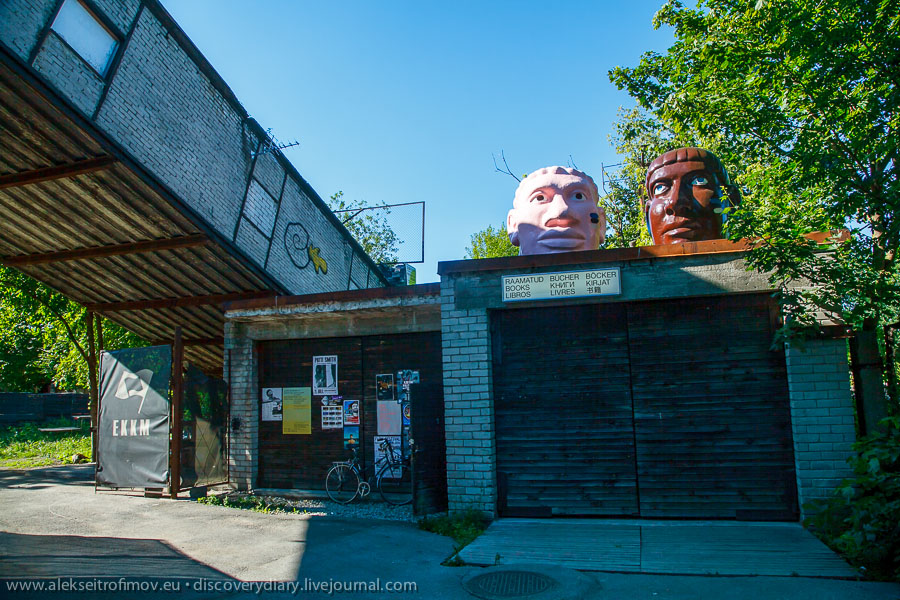 If you were to look back from EKKM, you would see Linnahall (the City Hall). This mammoth construction was built in late Soviet times. It was centred around a gigantic concert hall – where all kinds of Soviet stars regularly performed. The concert hall was surrounded by vast premises for which there was never quite an obvious use. Over time the hall fell out of use – no longer up to the concert standard – and the whole complex fell into disrepair. The mayor’s office would have razed the whole thing but it is considered an architectural monument. Indeed such a strange pyramidal edifice could only have been conceived and built in the Soviet Union and is definitely unique. Thus for many years its status is undefined. Everybody knows it in Tallinn and if you happen to have grown up here, surely you’ve spent an evening or two sipping alcohol illegally on Linnahall’s roof looking out at the sea. 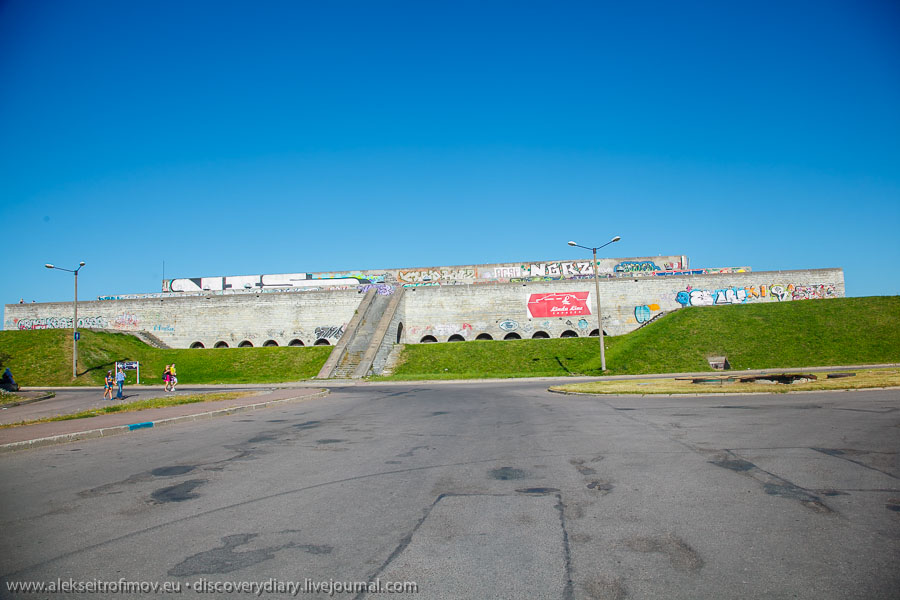 On with the cultural kilometre: 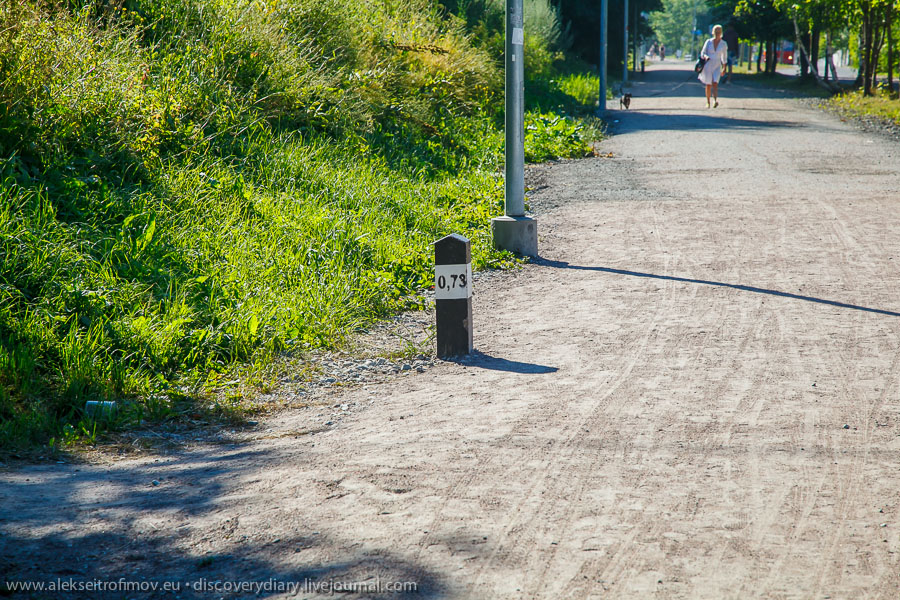 As we walk we spontaneously come across this concert: 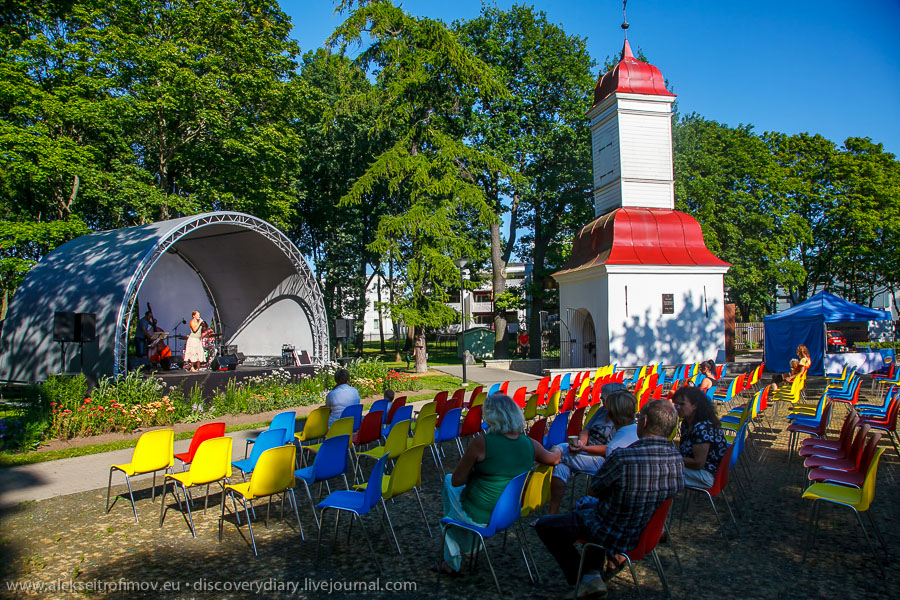 The kilometre ends in Lennusadam (Seaplane Harbour). It is a museum complex that includes a number of ships that can be visited – including Lembitu submarine – as well as an exhibition in an unusual building, a WWI-era plane hangar. This time I only visited a café on the second floor of the complex. A look down on the exhibition: 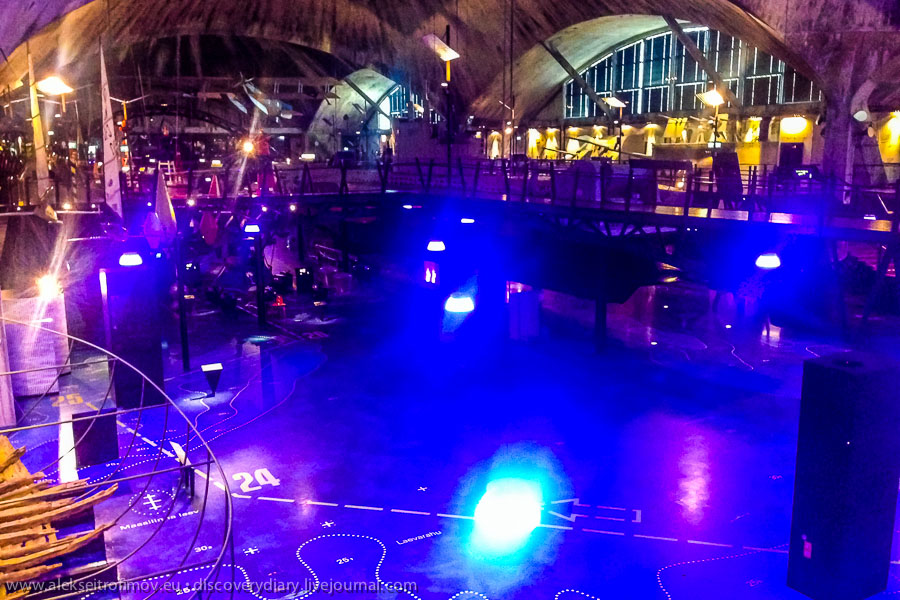 I return to the centre via the cultural kilometre. 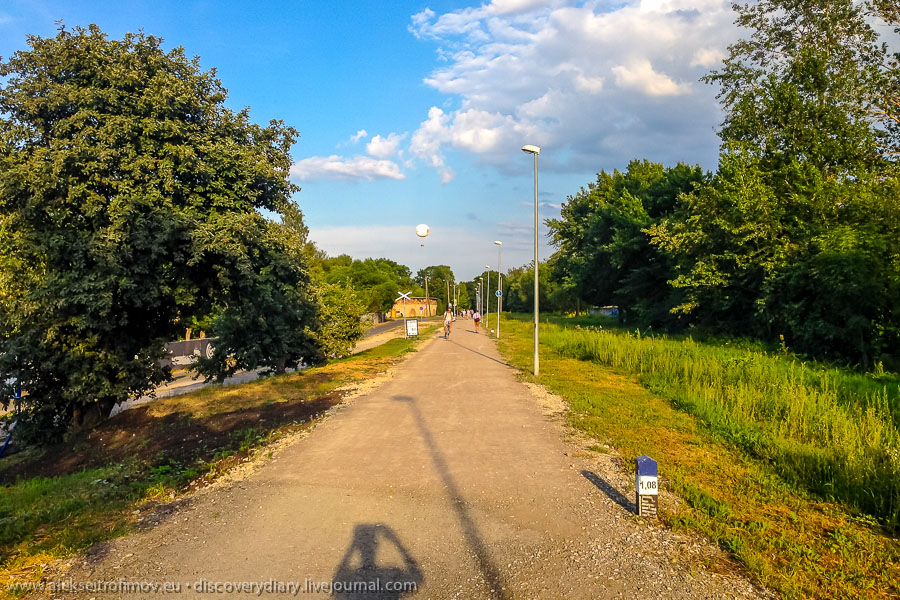 The air balloon that can be seen on the previous photo is this – Tallinn Balloon. I visited it spontaneously on my last day in the city. 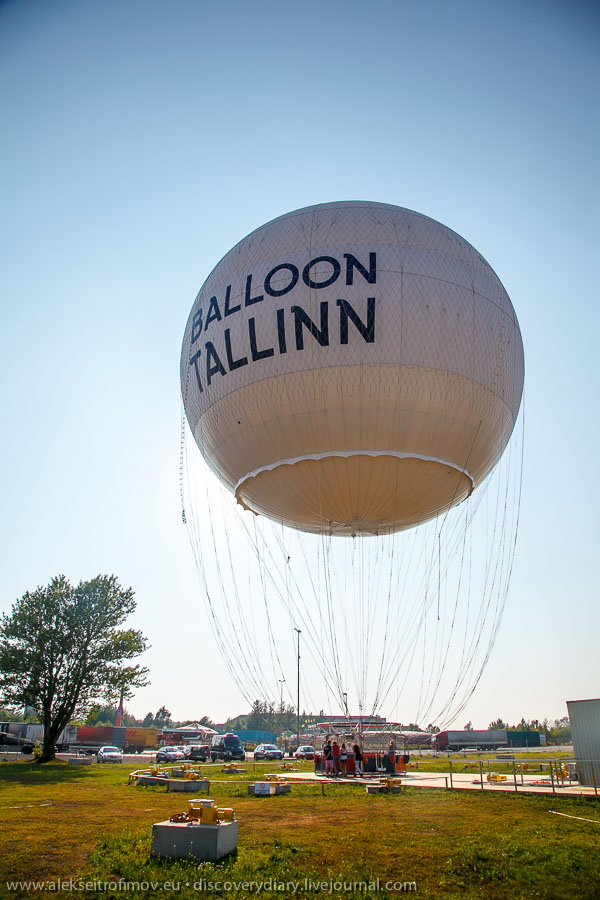 The balloon doesn’t actually move in horizontal plane, only up and down. 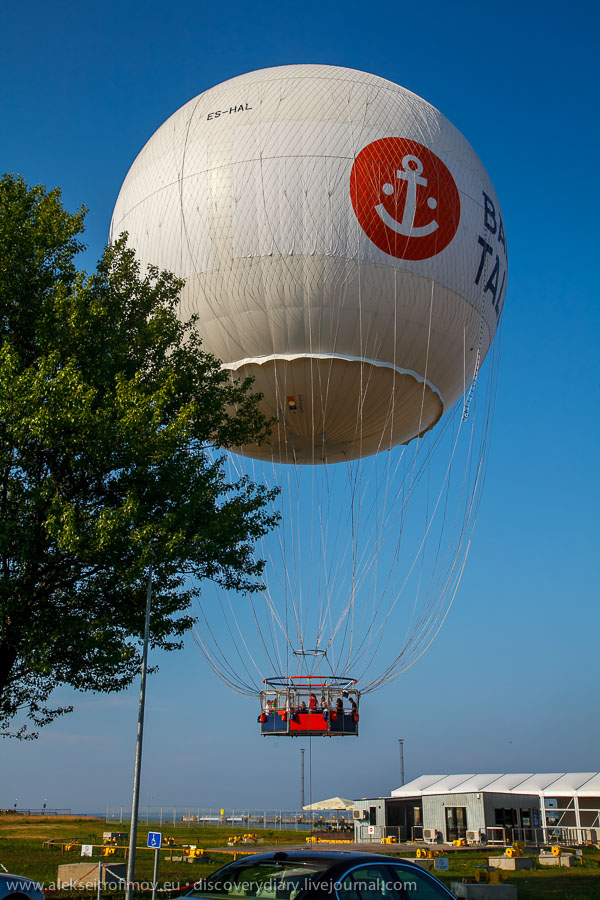 Here it goes up: 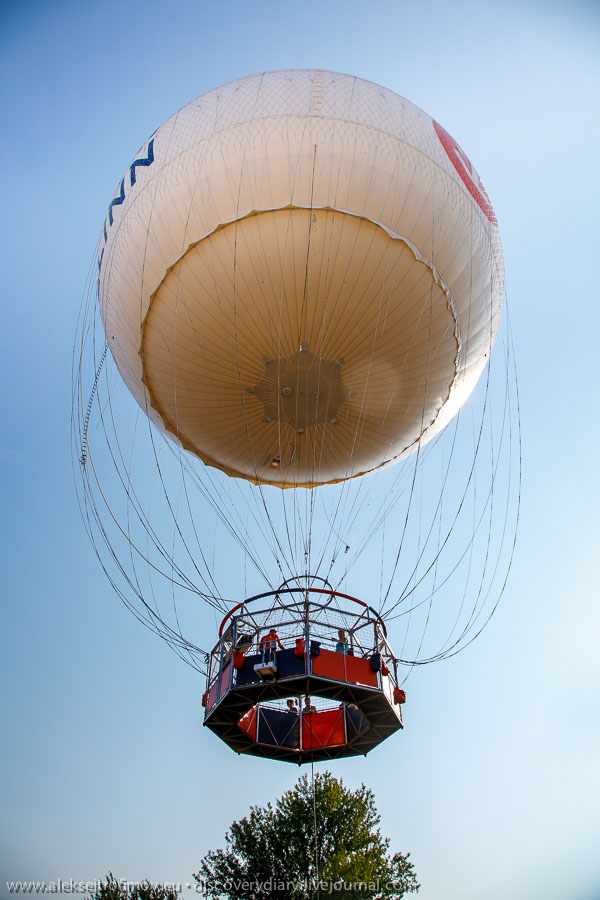 We also took our chance to see Tallinn from above: 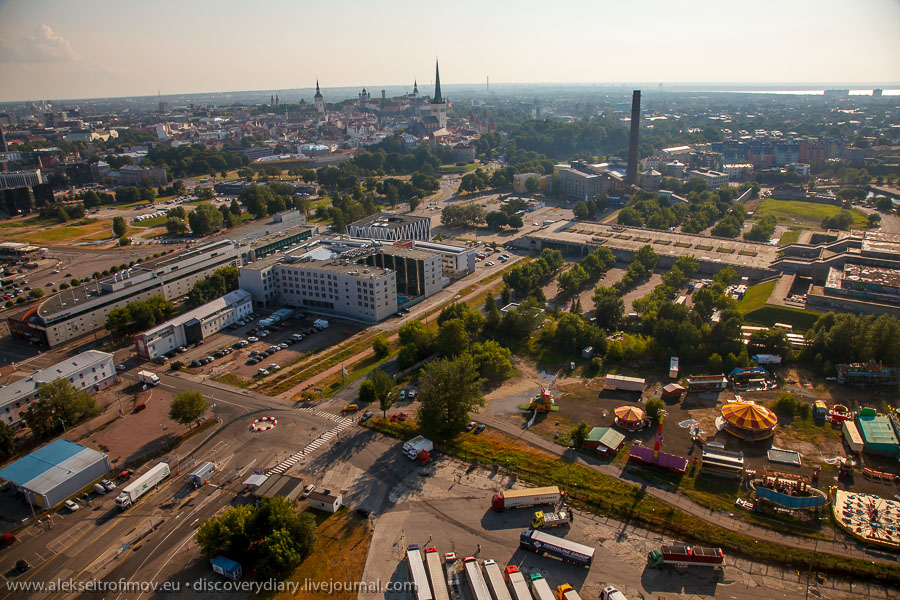 And here is the Old City. A perfect line-up. The closest church, the one with the green roof, is Oleviste. For about fifty years in 16th century it was the tallest building in the world. Further on we can see Niguliste, the Dome Church, the Alexandre Nevsky cathedral, Kaarli church. The towers: the Long Hermann in the centre up on Toompea; the Fat Margaret down to the right; Kiek-in-de-Kök up to the left next to Niguliste. The City Hall.

All these names ring a special bell to me. As a child I visited them on so many occasions that I am somewhat immune to their medieval exotic charms. And yet the memories of each of these buildings are interwoven with my childhood memories, form their inseparable part. 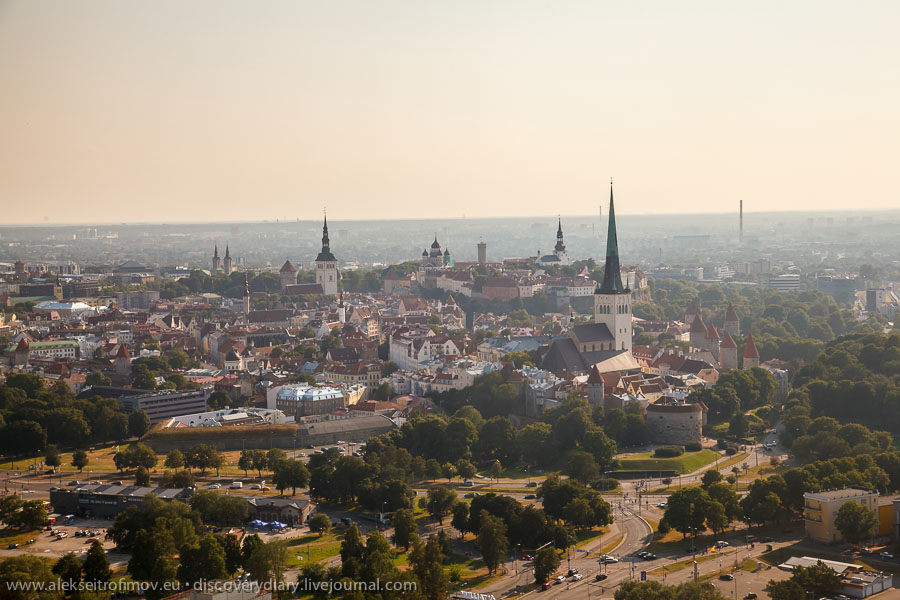 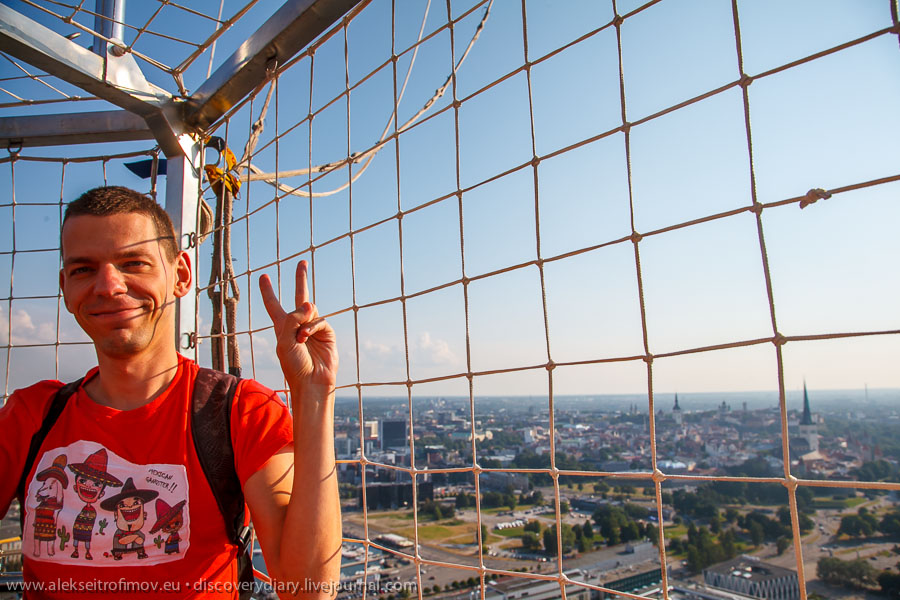 Looking down at the harbour: 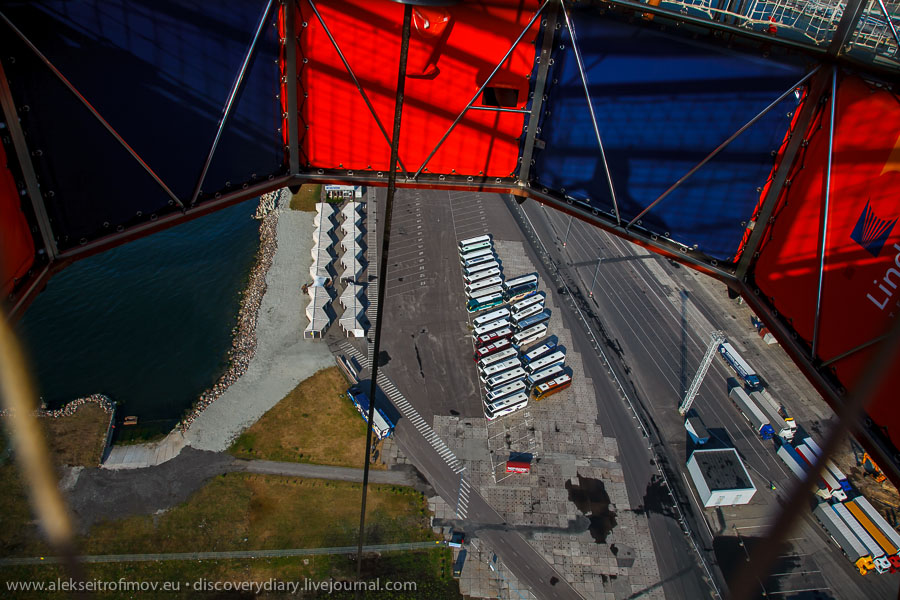 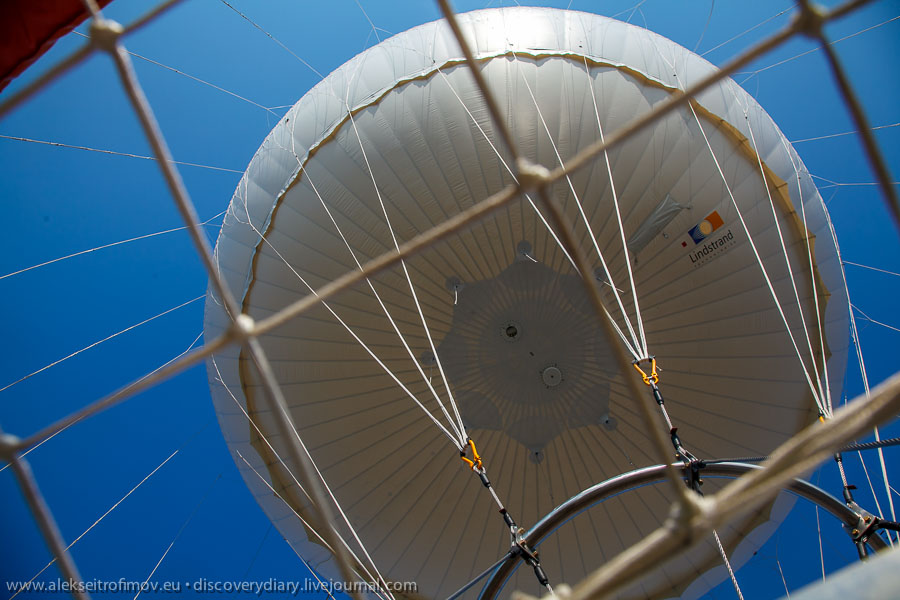 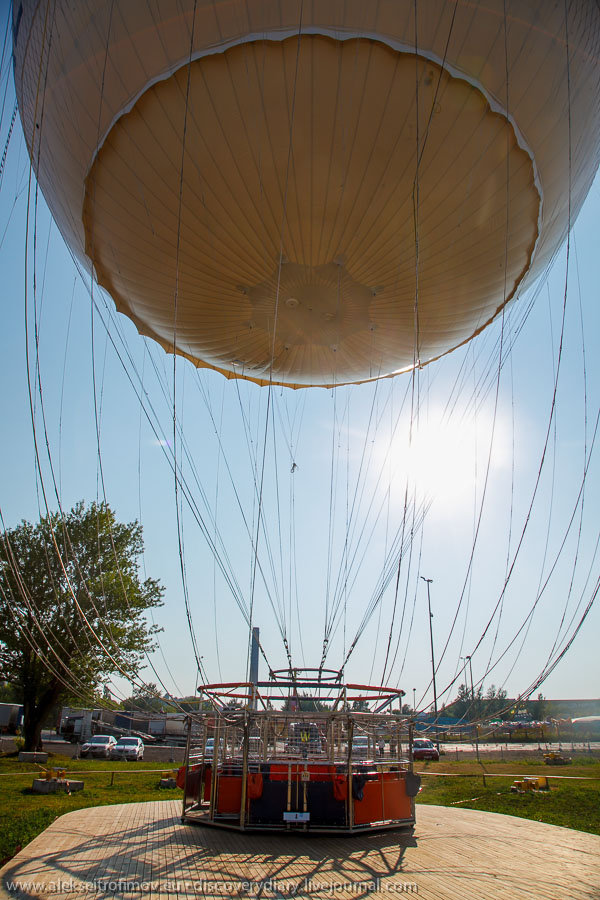 My brother lives with his family in Käru, a place in central Estonia, and of course I visited them. In Estonian context Käru is not so small, there are about 400 inhabitants. People however are leaving Käru for the city – and there is only one real city in Estonia. In that sense moving from Tallinn to Käru is going against the current – every possible urbanisation current of contemporary world. As in every proper Estonian town, in Käru there is a manor house and a church – these two historically formed a heart of a growing settlement. A manor house (mõis in Estonian) was the house where the landlord lived, in a broader sense this word refers also to the complex of his properties. In Käru there are two manor houses – standing side by side – an old one and a new one built in 19th century. The property is privately owned now and is in relative disrepair. As we walked by we did see the owner’s family visit, accompanied by a rather aggressive dog that leapt in our direction. 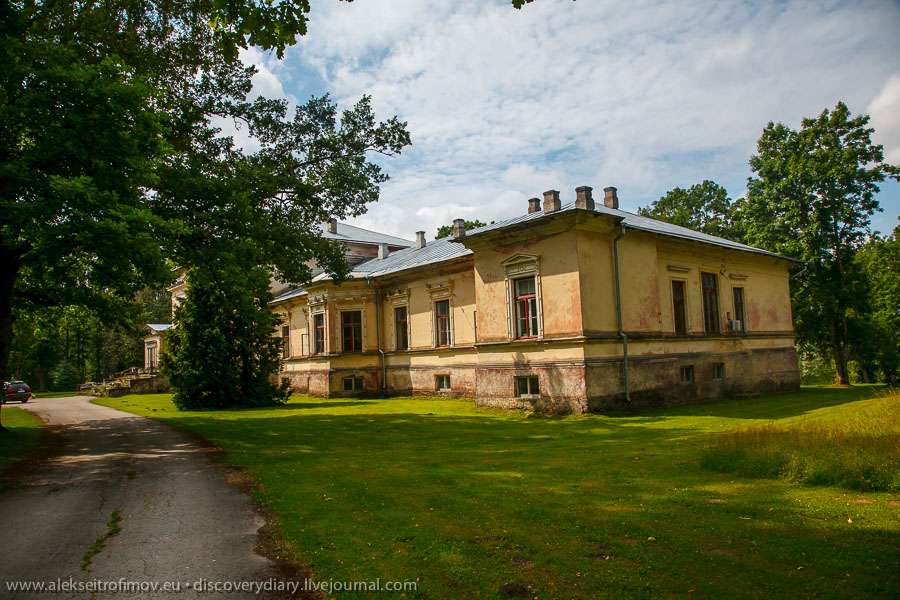 Next to the manor house there is a rather picturesque lake. As is normal for an Estonian lake, it is being slowly overgrown and is turning into a swamp. No swimming. 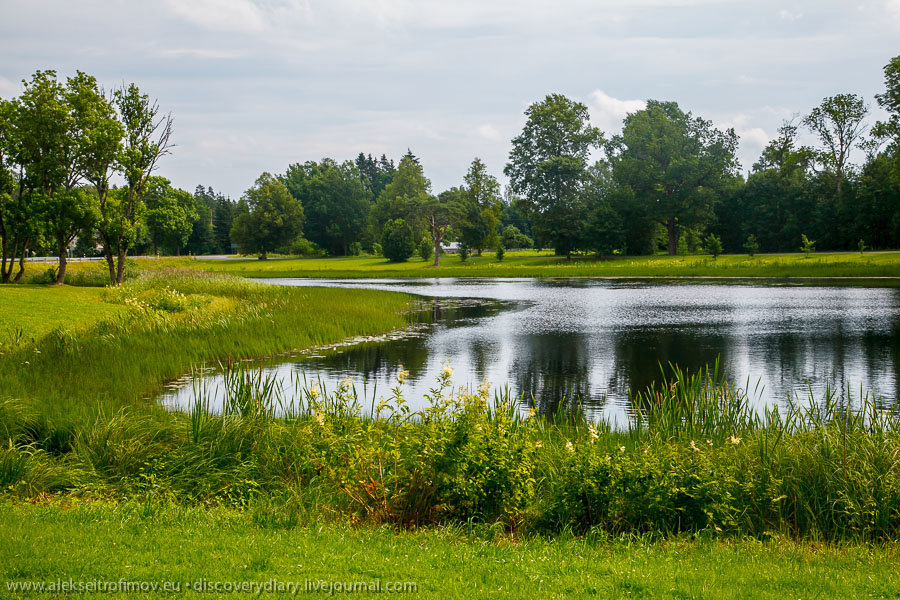 A proud and romantic wooden church: 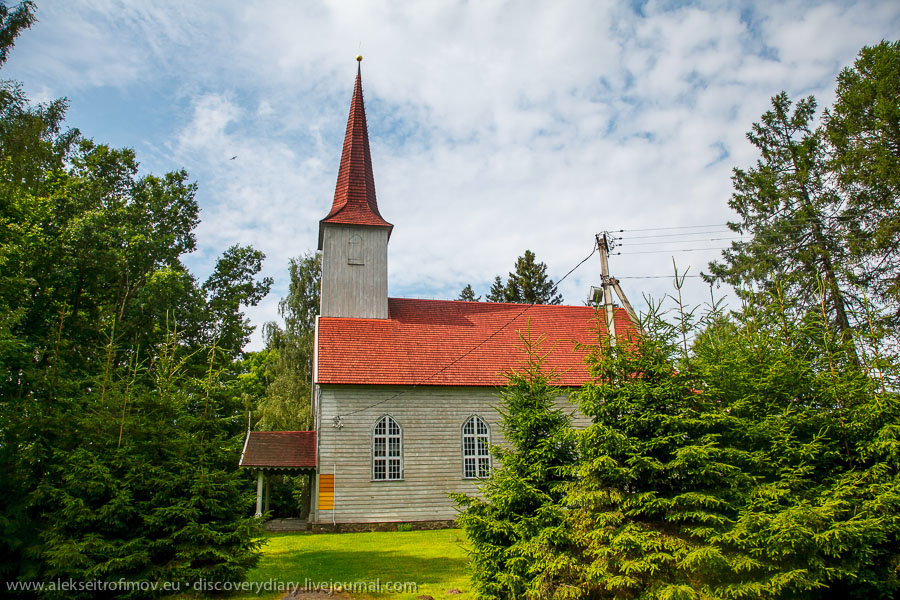 As I wrote previously, most of this very hot July I spent in hipster cafés in Northern Tallinn, feeding mostly on coffee and occasionally on Pernod Ricard. I guess I felt most comfortable in F-Hoone, but I have to mention also Must Puudel, Tops, Klaus, Kukeke, NOP, Sinilind, Boheem, Sesoon. Sesoon precisely is the place where this salmon tartar was had: 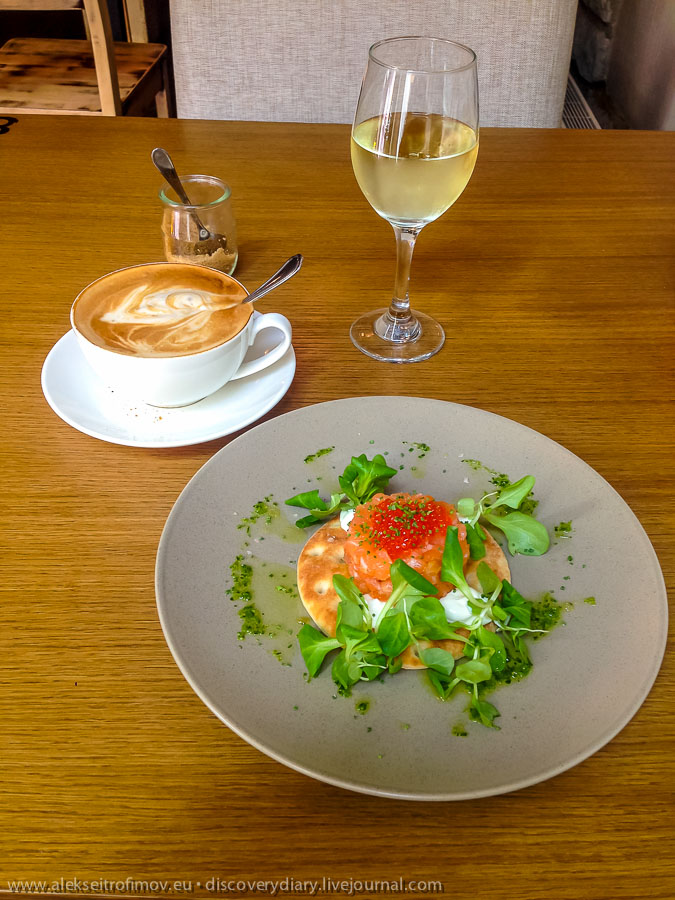 And this wonderful rhubarb concoction comes from café More on the top level of Viru Keskus. I accidentally stumbled upon it once and just had to come back to have it again on my last day in Tallinn. The cafés mentioned above actually have quite a similar look and feel, it is only the food that is somewhat different. 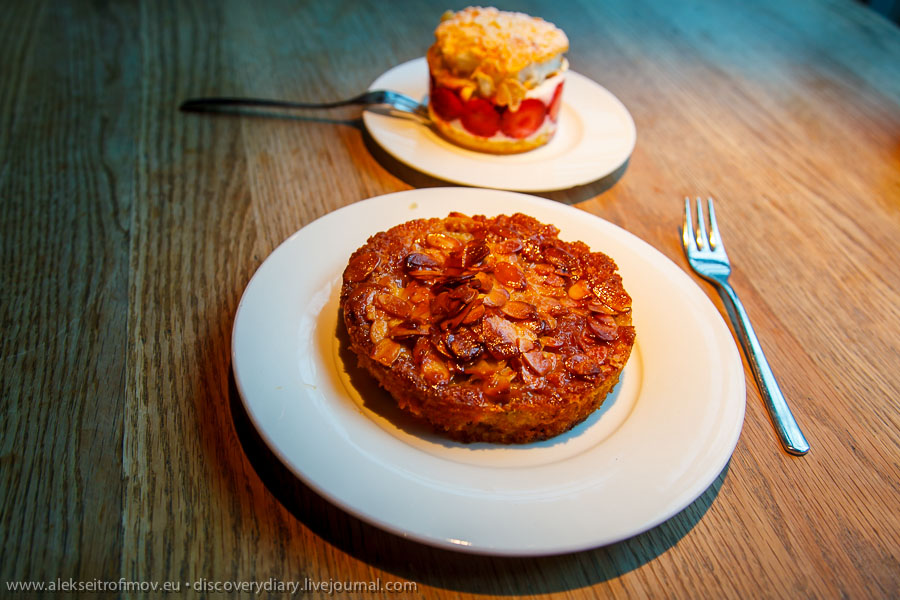 I must finish with the best home dish. Fried chanterelle mushrooms with potatoes. In the whole wide world nothing tastes better. 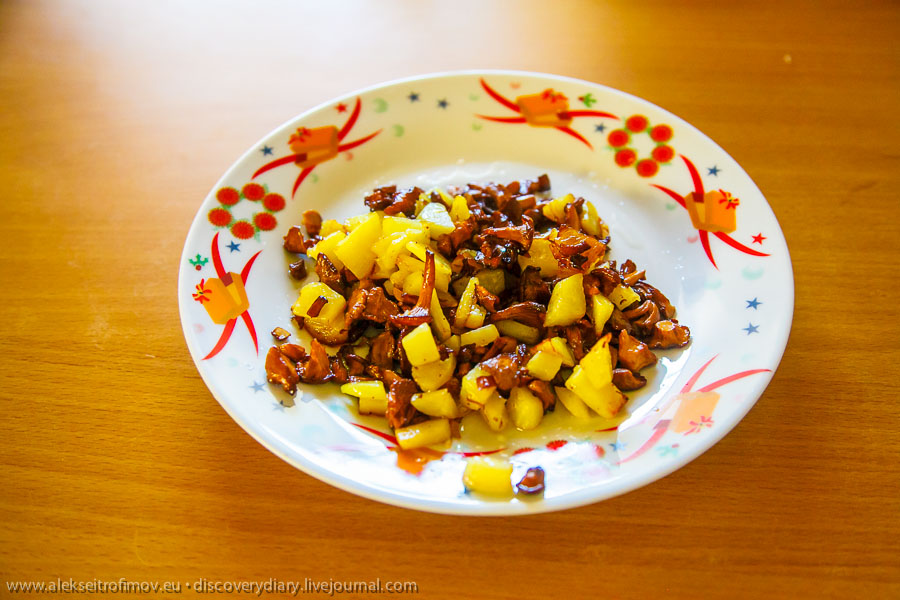 One thought on “July in Tallinn”