The Death Road is a famous La Paz landmark, connecting the capital, located on the Altiplano, with Coroico, which marks the start of the jungle. The main part of the road, from the mountain pass above La Paz to the town of Coroico, descends from 4650 to 1200 metres in about 60 km. The Death Road was built by the Paraguayan war prisoners in 1930s. It is extremely narrow, about 3 metres wide on average, which means it essentially only has space for one motor vehicle – when two of them meet, they have trouble passing each other. The road has no side fences or railings and the cliff on the roadside is sometimes 600 metres deep. To force the downhill traffic to lower the speed, the road is driven on the left (as opposed to the rest of Bolivia), so that the downhill vehicle is always on the side of the abyss. When the road was actively used, about 200-300 people died there annually. So the roadsides today are filled with crosses marking the places of the accidents. About 20 years ago a new asphalted road was built, and nowadays the Death Road is no longer used by motor traffic. It is now predominantly the domain of bicyclists, those with a need for speed. As you realise, I joined that group.

Endless number of companies in La Paz offer the Death Road tour, which includes transportation until the highest point on the mountain pass, as well as back to La Paz from Coroico, a mountain bike, a guide to explain all the details, as well as a microbus which follows the group carrying the personal stuff and in case of accident.

The pictures in this post are not made by me, but rather by a Bolivian member of staff.

I had never before driven a mountain bike so it was a nice debut for me. To be honest I only felt scared in the beginning of the ride, when for around 12 kilometres you almost glide on the asphalted road over the abyss. During this downhill slide it was particularly clear that a slightest error would lead to potentially terrible consequences. This is how the first asphalted part looks: 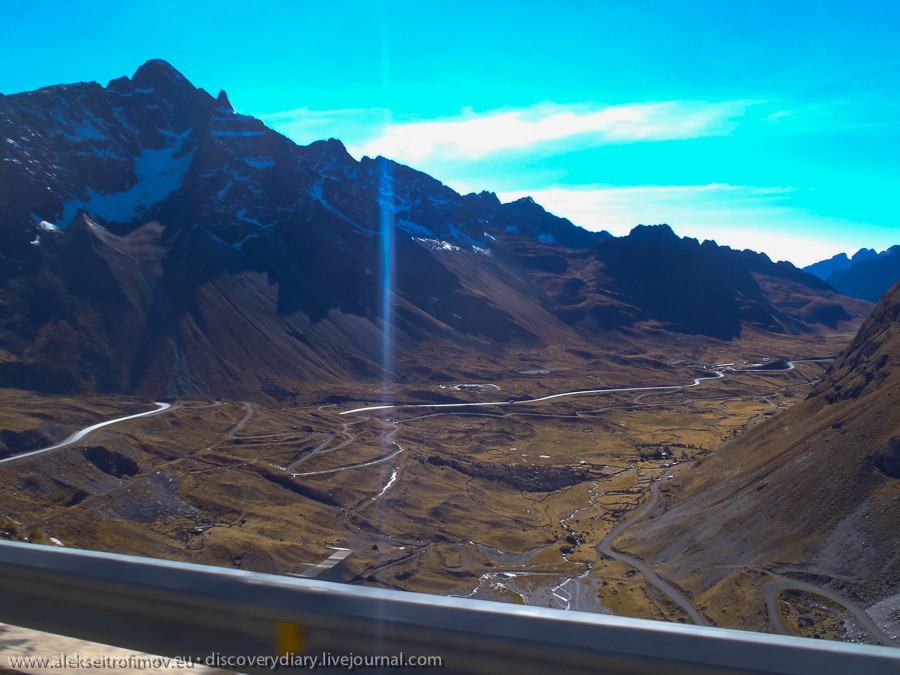 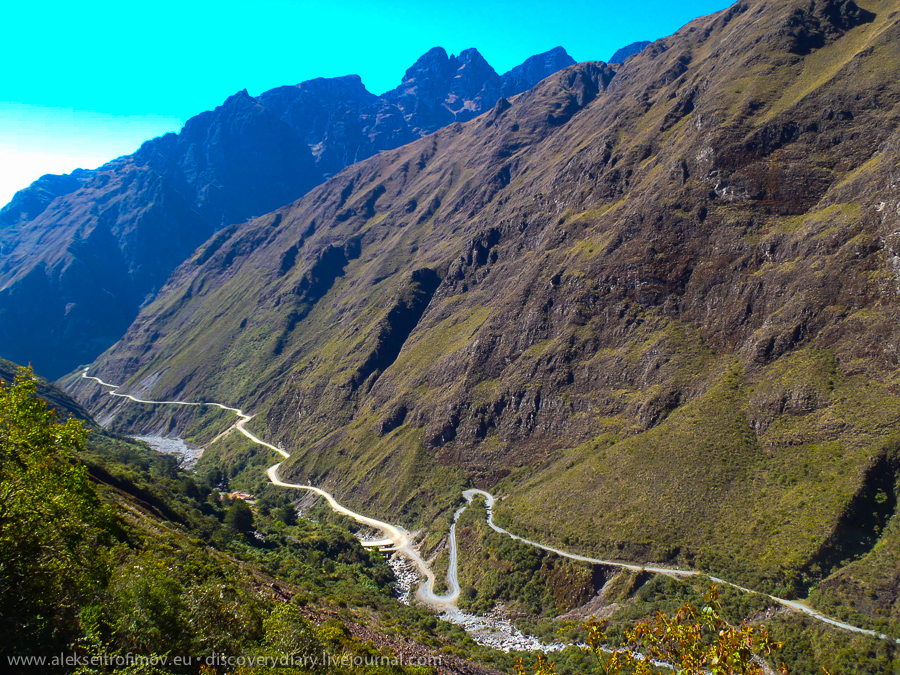 Afterwards the old gravel road starts, and you forget the risk, as you are forced to concentrate on controlling the mountain bike rolling over the potholes and stones. I found most surprising how steady a mountain bike actually is. Our guide explained to us that the main rules are not to look where you do not want to go (such as the boulder right in front of you, or the abyss) and to keep up the speed as it allows you to pass the holes and obstacles a lot easier. The Death Road: 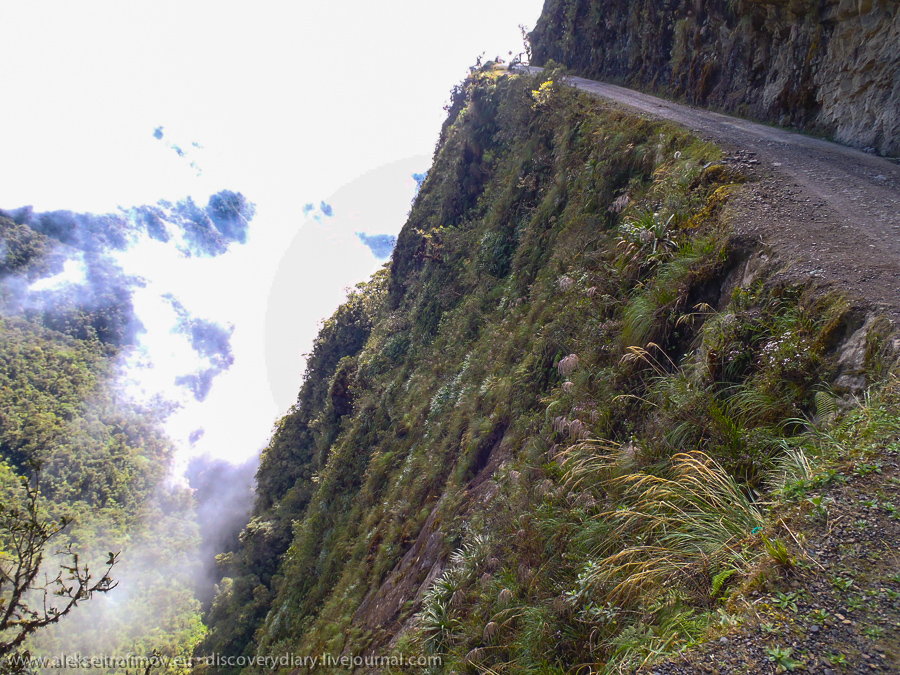 The road is made more difficult by the fact that in places it passes under mountain waterfalls, so that the ground becomes a sticky mess. This is more unpleasant in the rain season though. 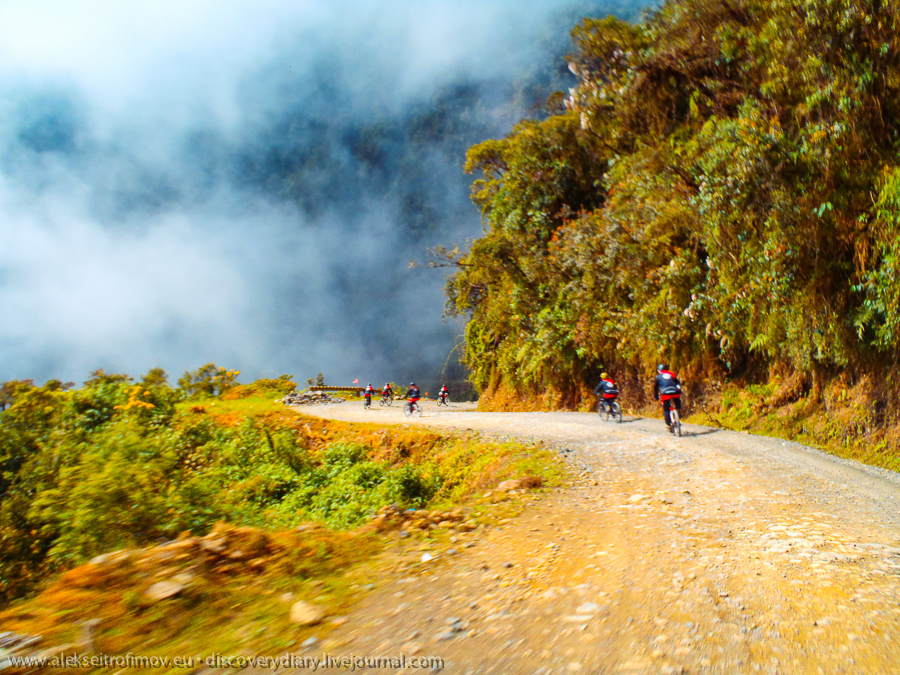 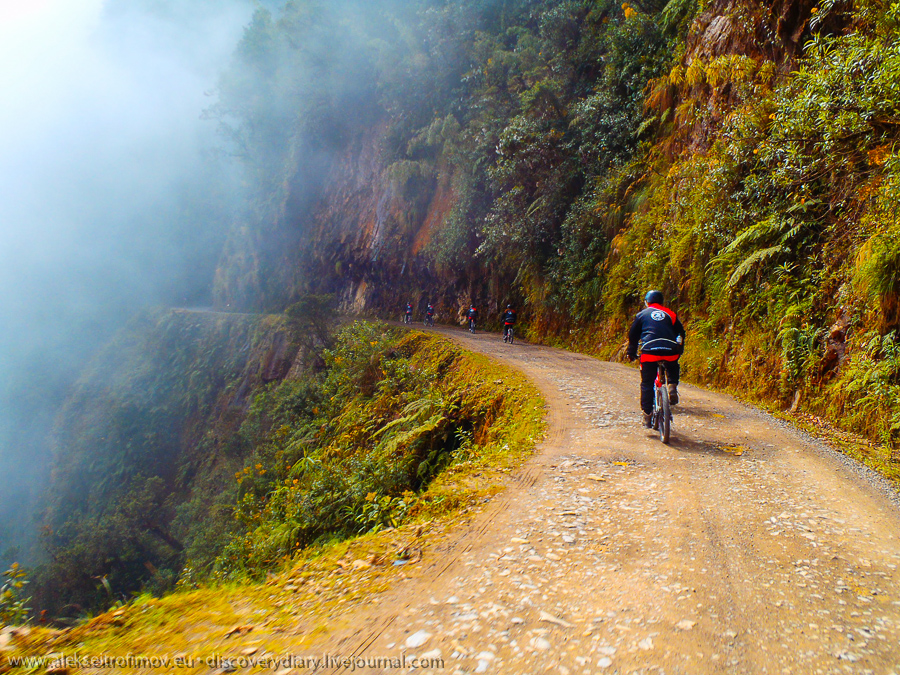 The view from above to another part of the road: 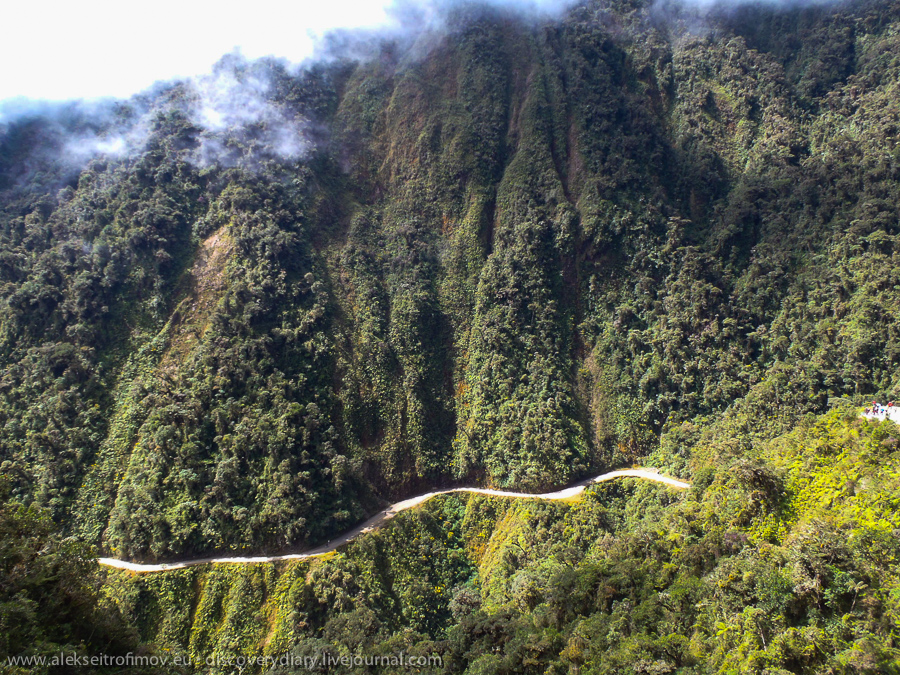 On one of the stops our guide pointed to a cliff and said that just two days prior a guy was standing there, lost balance and fell down I don’t know how many hundred metres. It’s not clear how they got him out of there but he survived. I understood that about 20 tourists die annually on the Death Road. 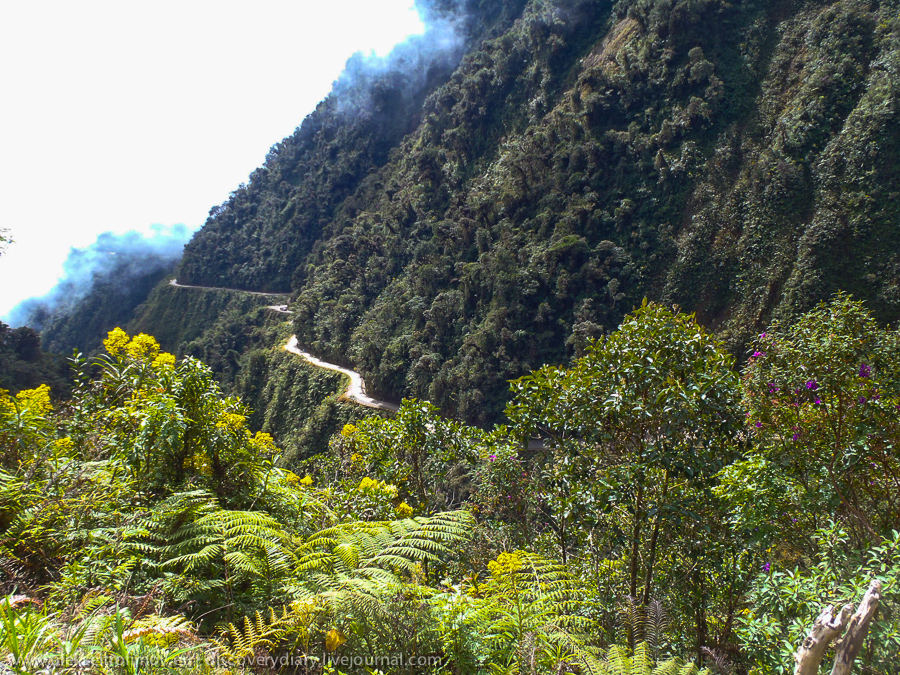 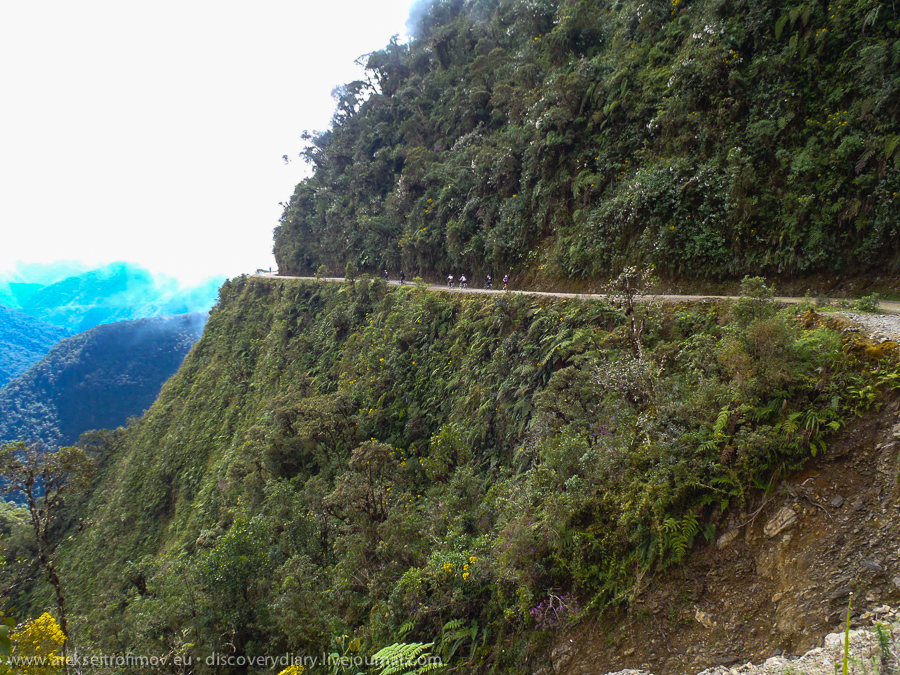 Which is quite amazing 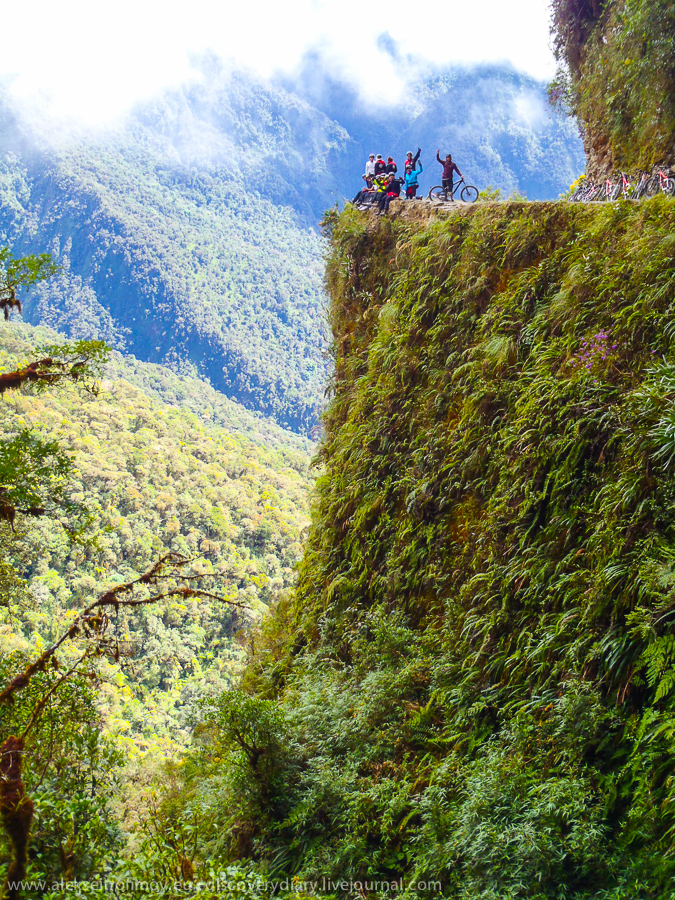 As seems to be the norm on this trip, on this tour too I met some quite incredible people. The lady in the blue jacket next to me is Barbara Barrett. She mentioned in passing that she knew Estonia a bit as she had lived in Finland and and so I asked her what she was doing there. Turned out she was a U.S. ambassador. Well well. Then I started pestering her if she was joking when she said in the beginning of the trip (they asked us to introduce ourselves) that she was an astronaut. Turned out she actually really did go through the full astronaut training in the Star City and was the backup astronaut in Baikonur in case the Cirque du Soleil founder – the main astronaut – could not fly for whatever reason. It was fantastic to listen to her stories about the training, the exams in Russian she had to pass and the people she met there. Afterwards she also showed me all her iPhone photos – meeting Valentina Tereshkova, working for women empowerment in Haiti, the lunch with President Bush a week prior etc. 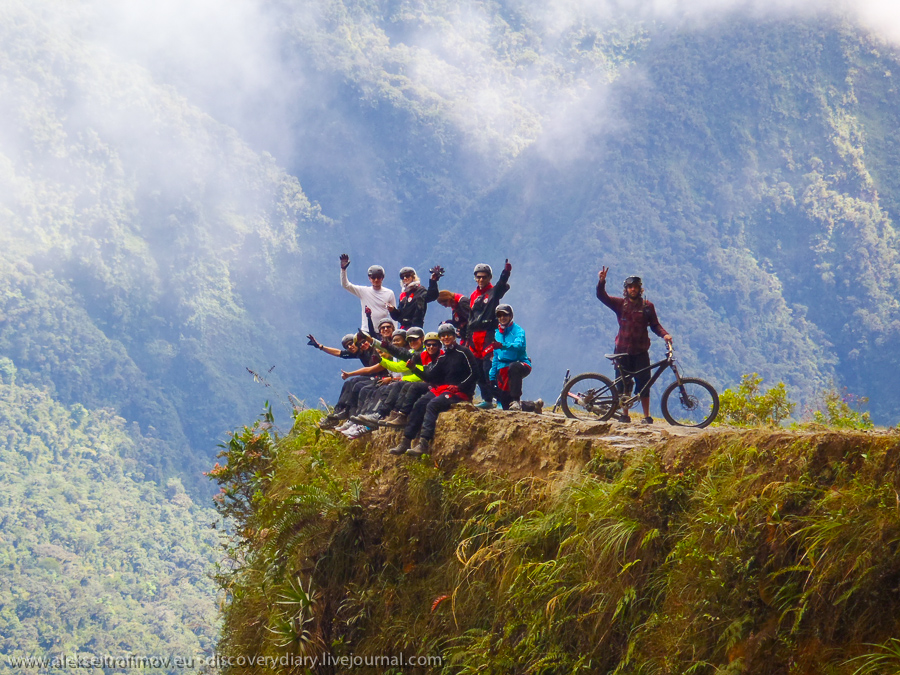 Towards the end of the ride I so fell in love with speed that at a sharp turn I could not quite brake and so crashed into the mountainside. Thankfully I had a helmet on and so it all ended well, I retook the bike and rode to the finish line. Afterwards though it became clear that my arm wouldn’t rise under certain angles, which was sad, as it meant I could not do the 2 km long zipline in Coroico which I was very much looking forward to. On return to La Paz I searched for a doctor, which was quite a challenge as it was Sunday night. But finally an anti inflammatory shot was made and gradually the arm returned to norm – the ability of our body to restore itself is quite extraordinary. Moments like this make you feel truly alive. 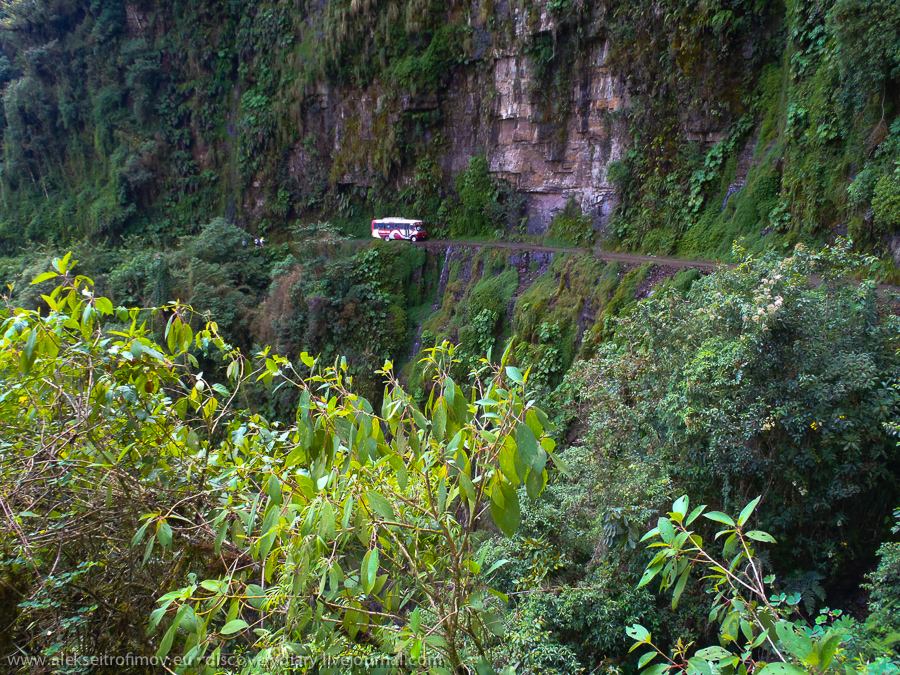 2 thoughts on “I am a Death Road survivor”