Second part of my Buenos Aires impressions, consisting of places I visited and saw while walking on the city’s streets and filling in the sightseeing checklist.

Obelisco
One of the main symbols of Buenos Aires is the Obelisco, situated in the middle of the Avenida de 9 Julio. I wonder what’s with this obsession with erecting phallic symbols in the middle of every large world city? This avenue is the broadest in Latin America, the fact that makes Argentineans very proud. 10 lanes. 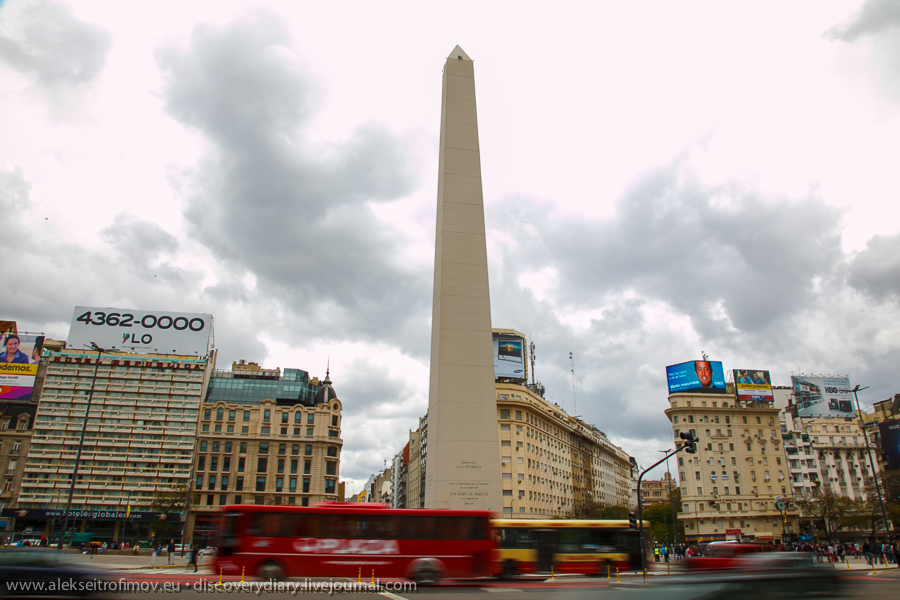 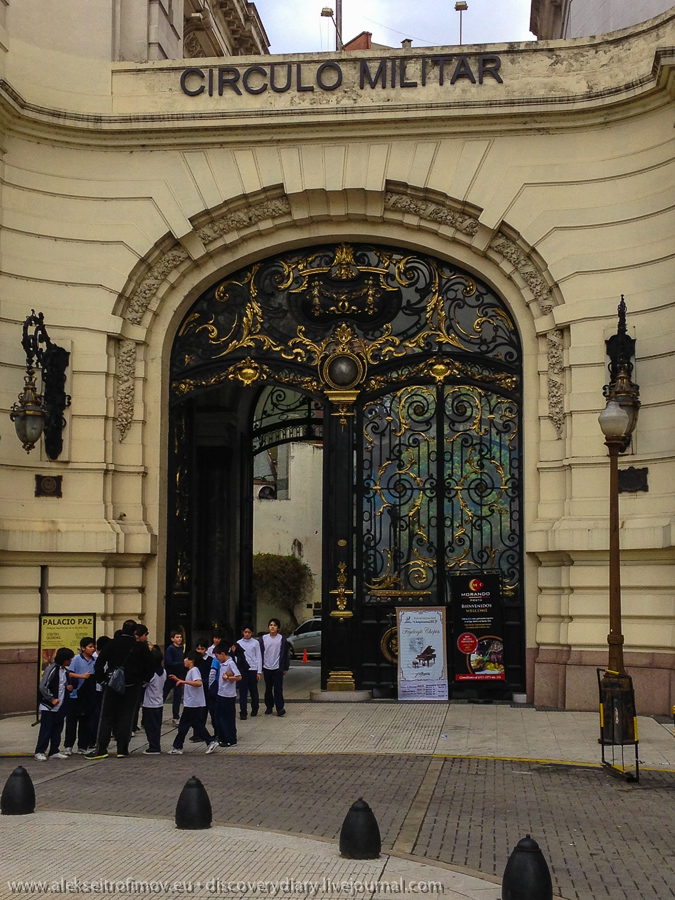 Palacio Paz belongs to the Military Club. It can only be visited on an organised tour, taking place once a day in Spanish.

The palace was built on the orders of Doctor Paz. This was an important Argentinean aristocrat, who founded the newspaper La Prensa and had significant resources at his disposal. The situation was complicated by the fact that Dr Paz lived in Paris, and so all approvals and decisions had to be taken by communicating with him across the ocean. Moreover, Dr Paz never saw the finished palace due to the fact that he died in Monaco from a heart attack in 1912 (our guide joked that the reason for his death was seeing the bill for the palace).

The grandiosity of the palace is explained by the fact that Dr Paz very modestly expected to become President of Argentina and the palace was meant to serve as his presidential residence. The palace takes into account that his family consisted of 9 persons and it was expected that 60 servants would live and work there (the whole upper floor is meant for them). After the death of Paz the family could not sustain the luxurious building for financial reasons, and already in 1930-s it left the family’s hands. 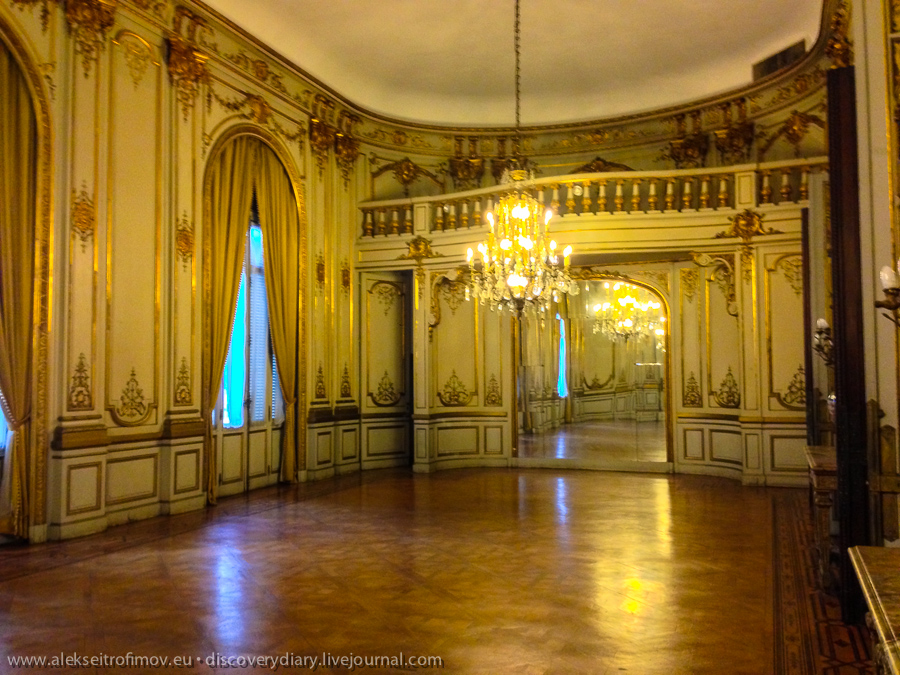 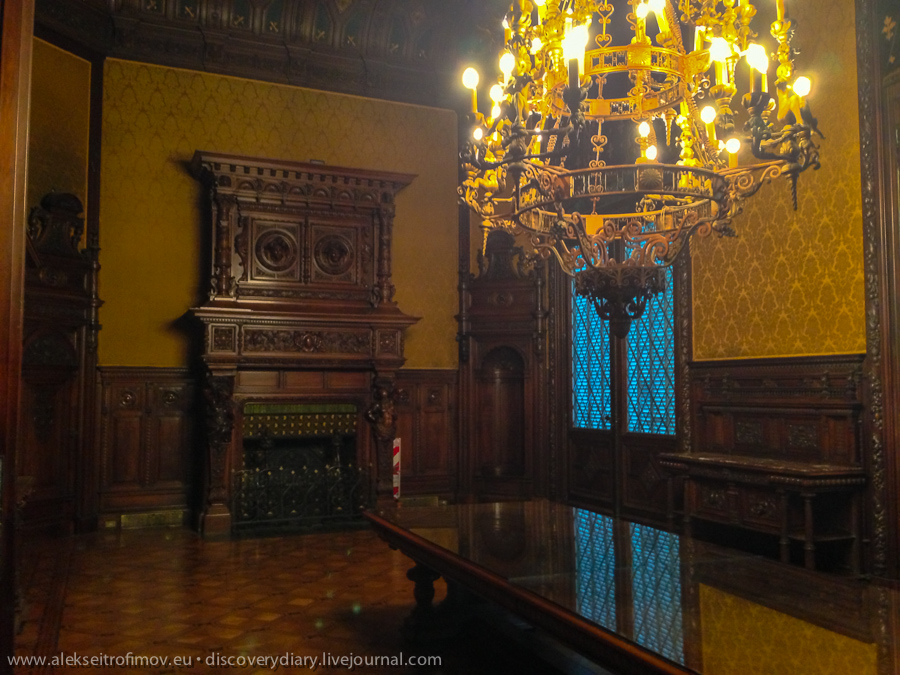 Entrance to the music room. I loved the ease and simplicity of the luxury of this palace. It reminded me a lot the Charlottenburg palace in Berlin, which has the same quality. 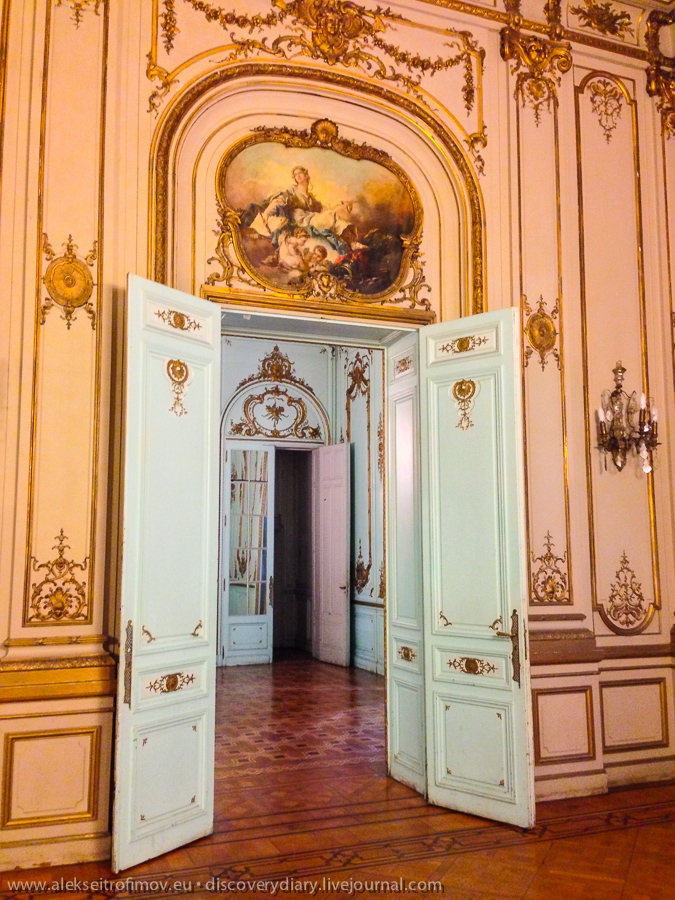 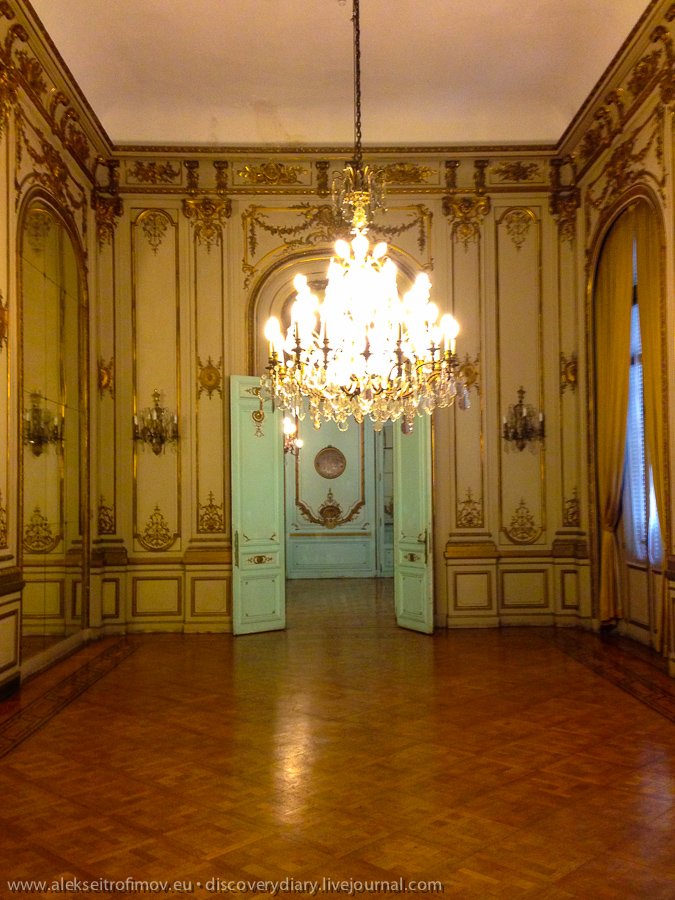 A luxurious archway which was supposed to lead from the main hall to the presidential reception room: 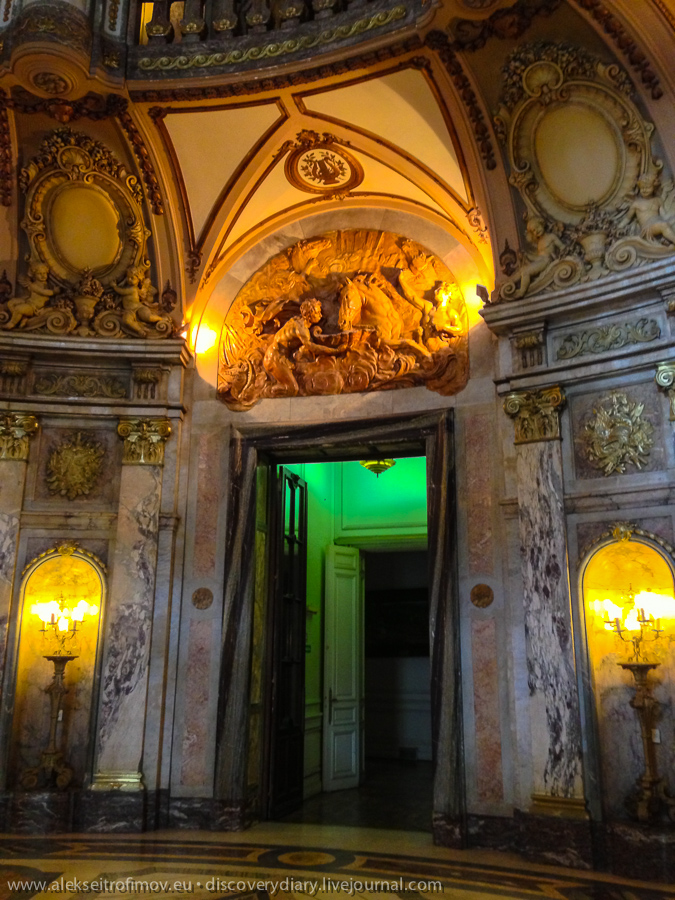 The ceiling of the main hall. Dr Paz prepared to give speeches from the balcony of that hall: 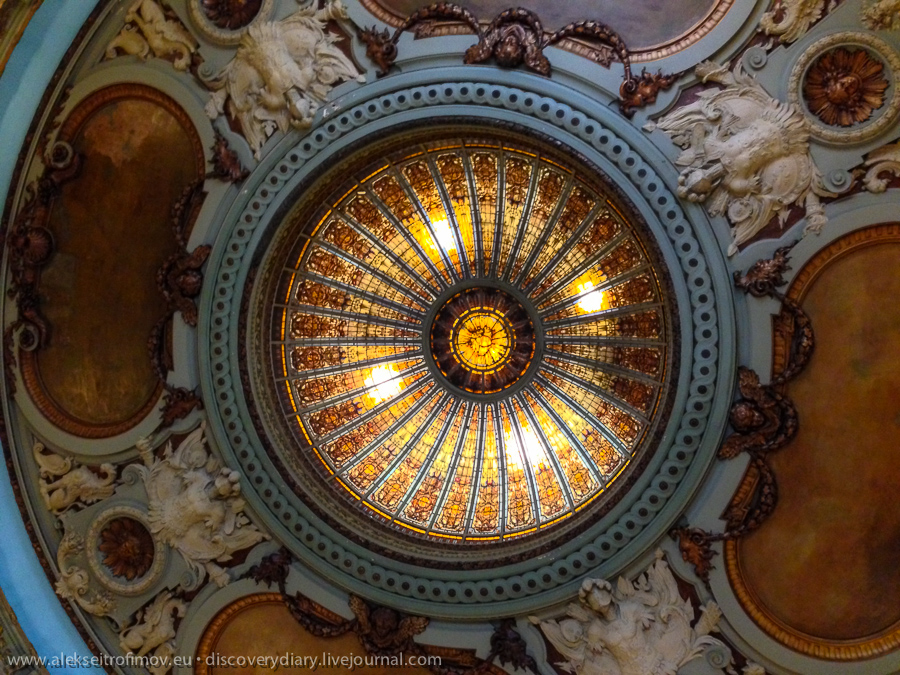 The door from the main hall to the garden: 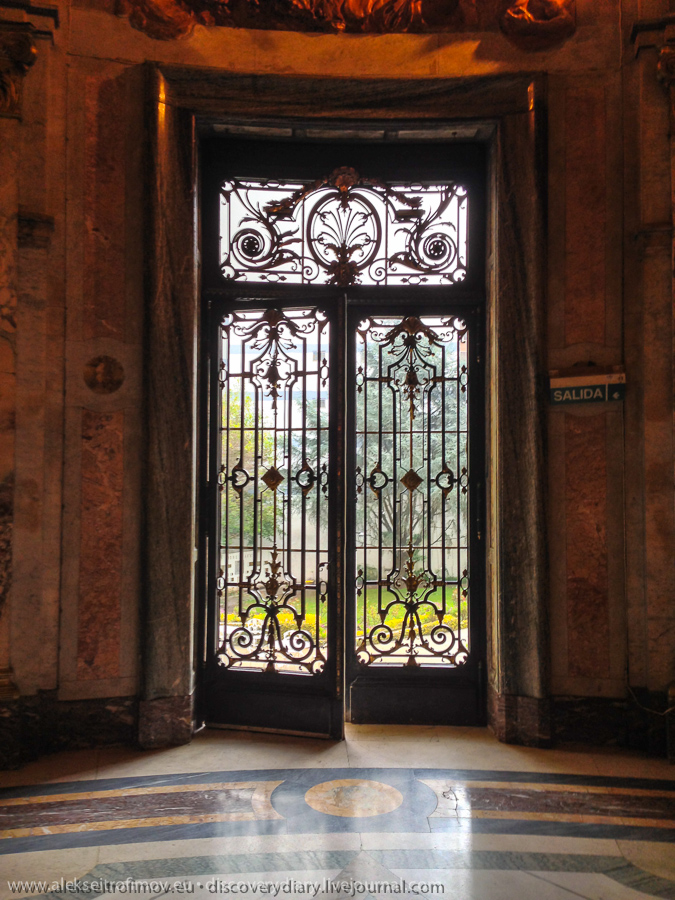 The garden of Palacio Paz: 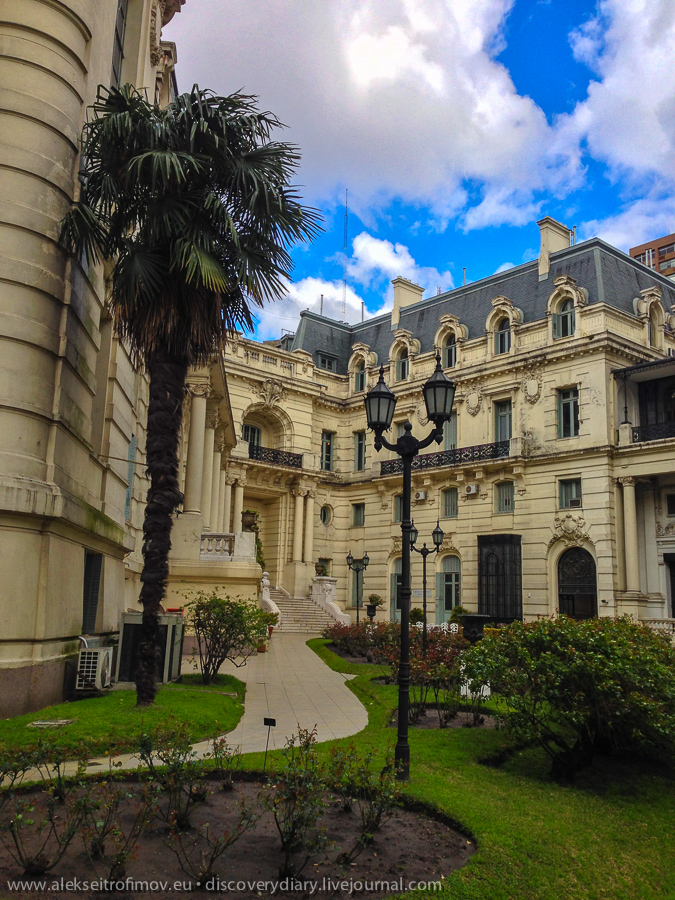 Sunday market in San Telmo
San Telmo is one of the most characteristic areas of BA. On Sunday plaza Dorrego is occupied by a flea market. Bohemian atmosphere reigning here allows for a very pleasant walk.

Peru street that leads to plaza Dorrego is full of visitors and vendors: 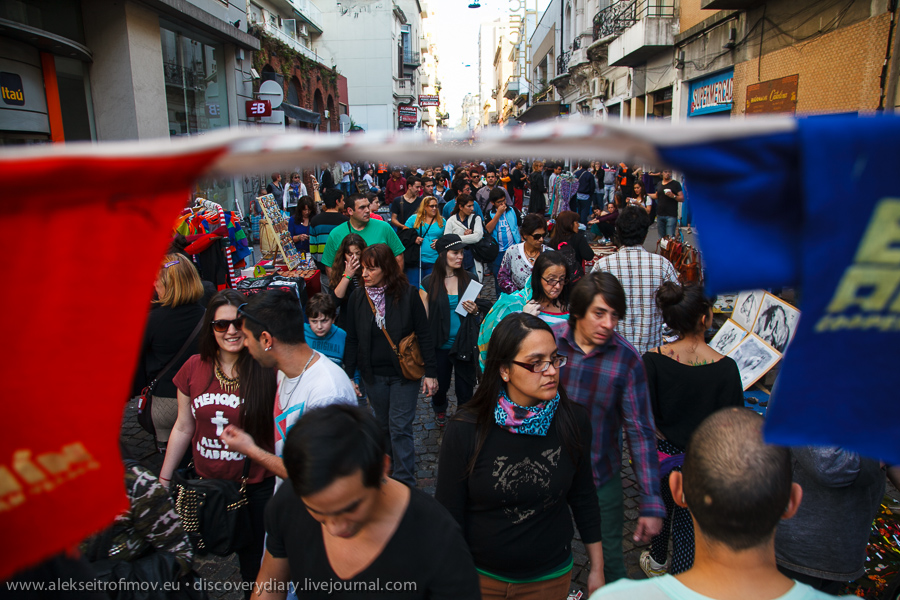 A couple dancing for the enjoyment of tourists on plaza Dorrego: 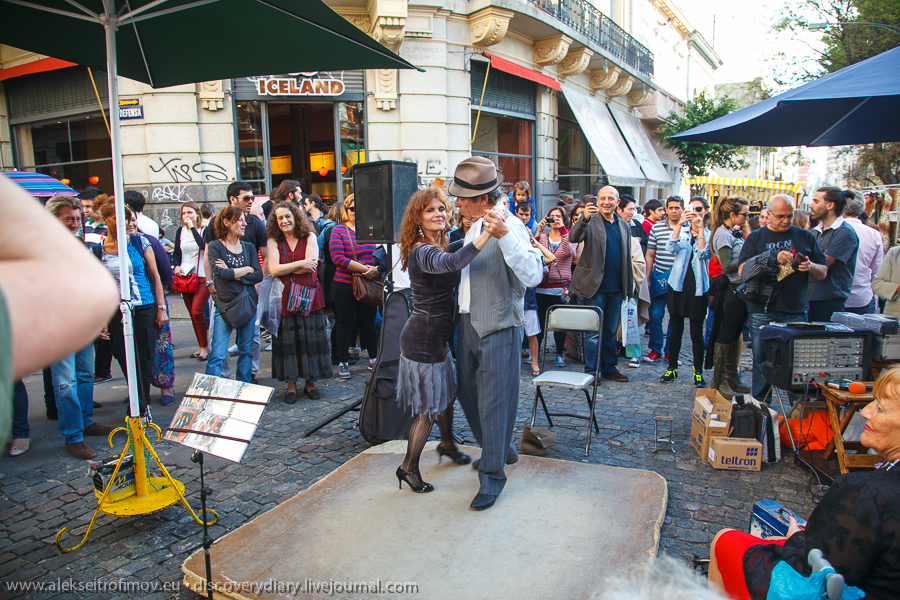 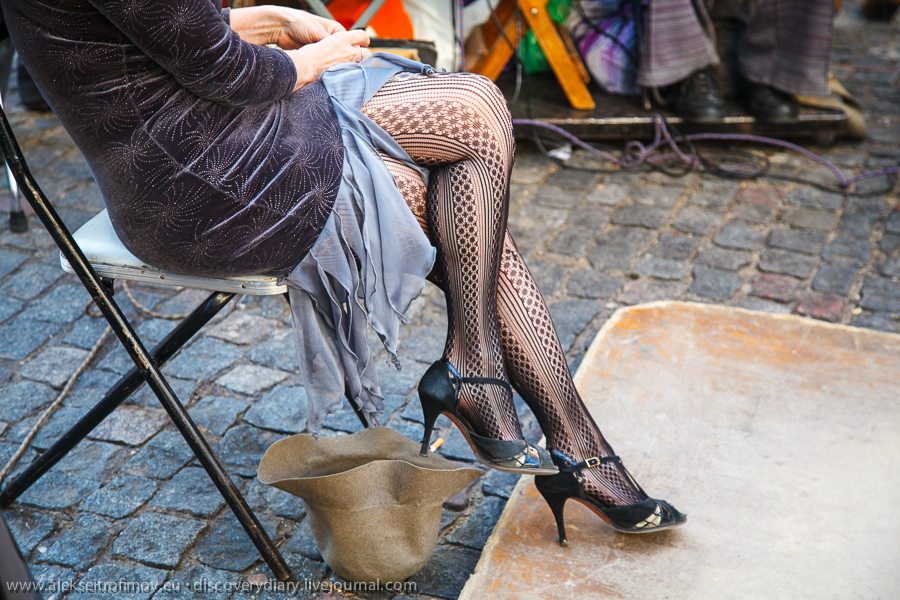 A street counter that I particularly liked: 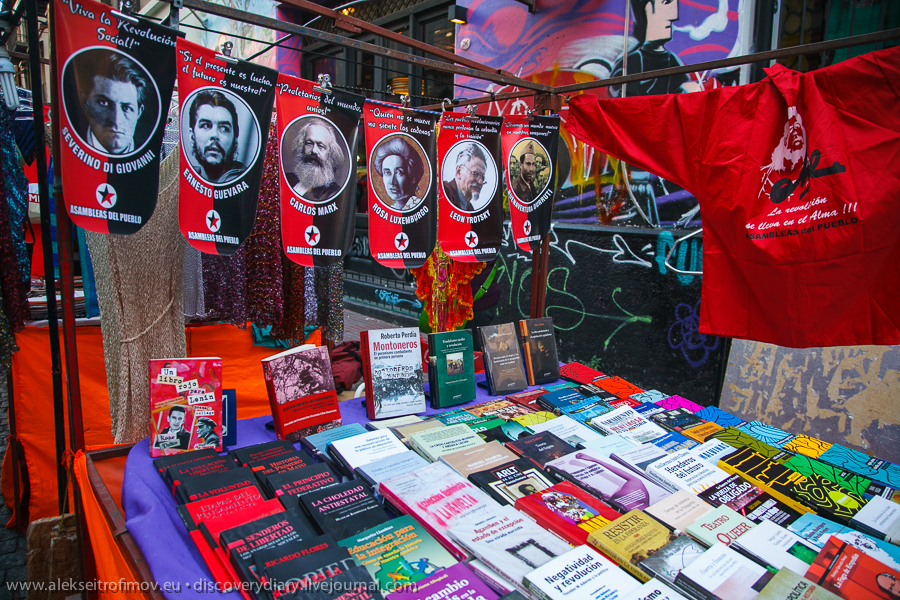 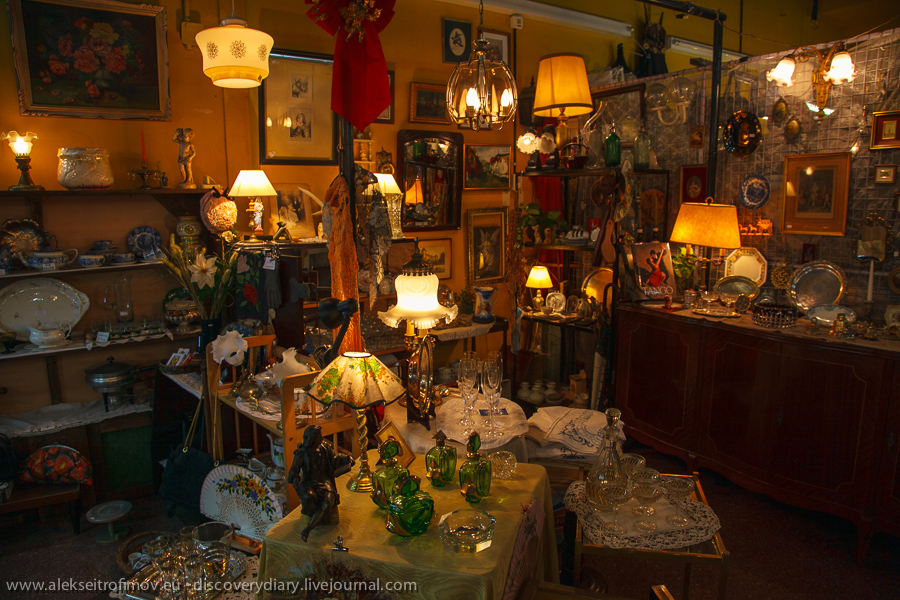 Palermo’s sunday markets
On another Sunday I went to the Sunday markets in the Bohemian area of Palermo. Street artists: 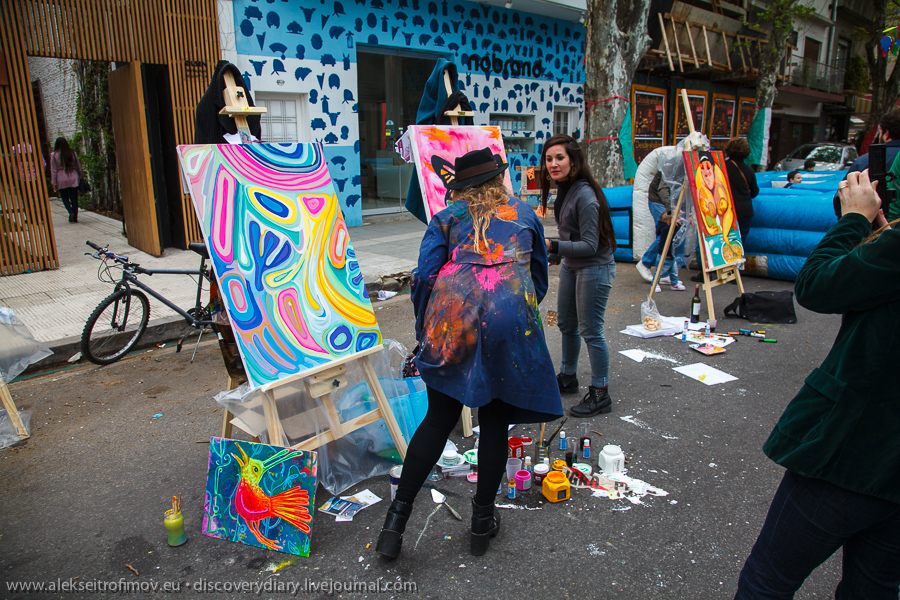 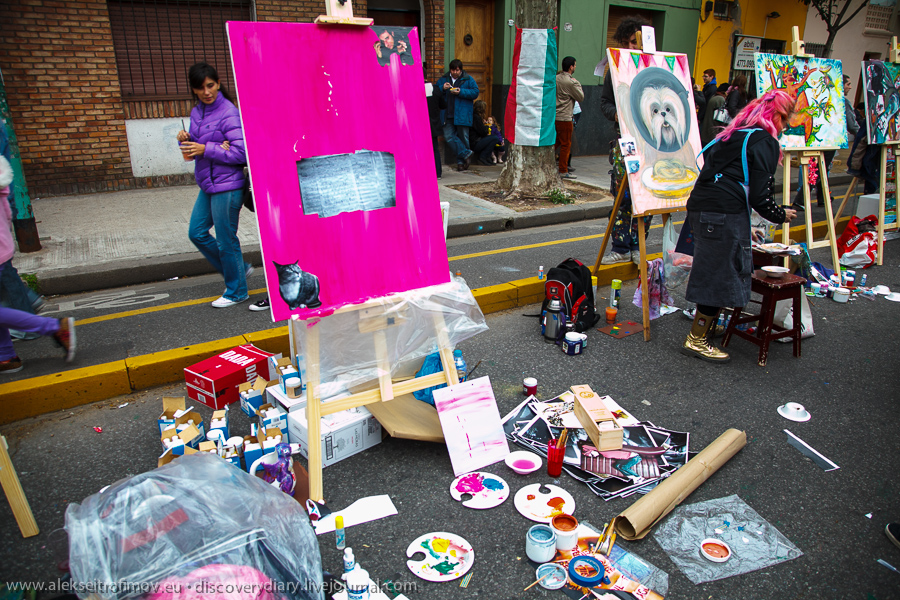 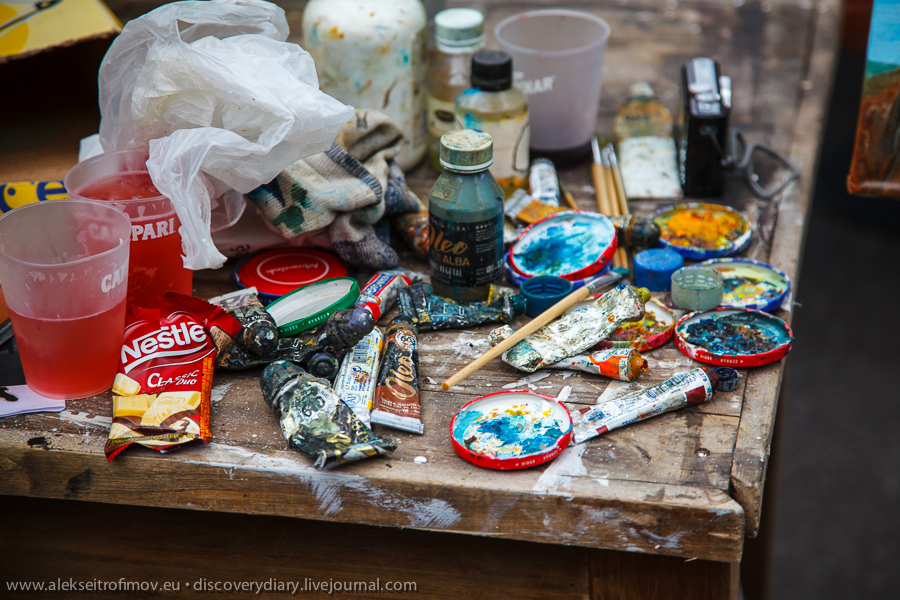 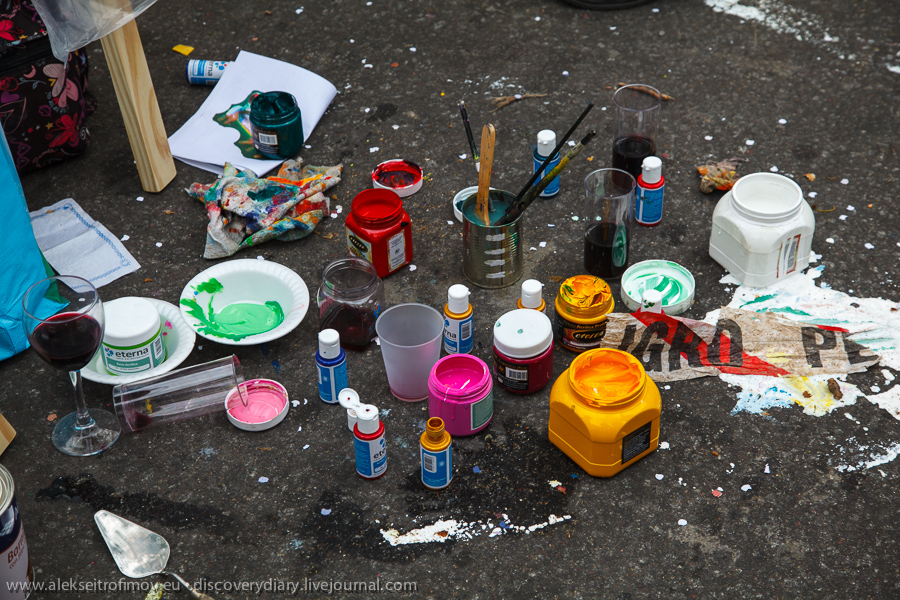 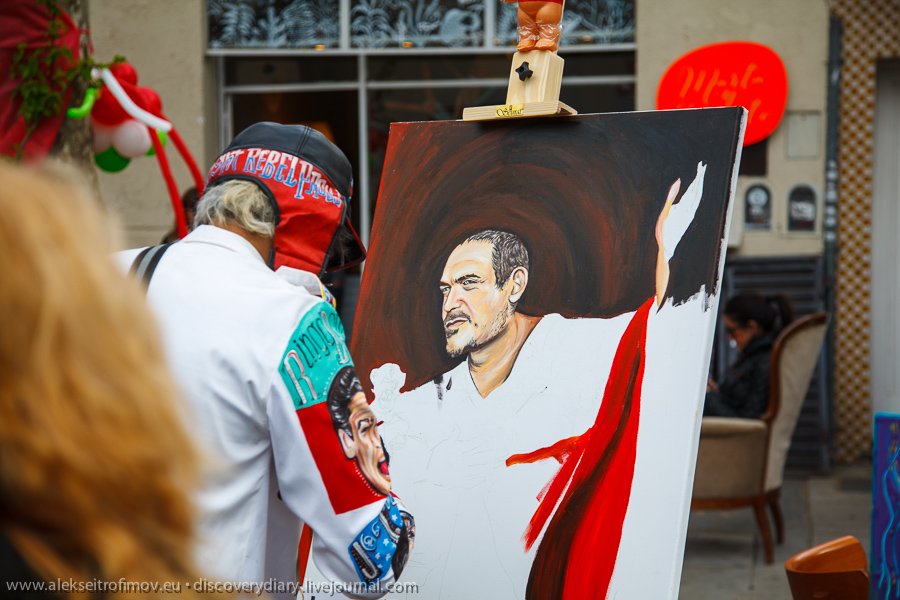 Puerto Madero
Puerto Madero is a brand new and very hip area which was created in the formerly delapidated area of former docks right in the centre of Buenos Aires. The area is full of high rise business buildings, expensive restaurants and shops.

The view on Puerto Madero from Museo Fortabat (where I was practically arrested as it is forbidden to photograph inside the Museum): 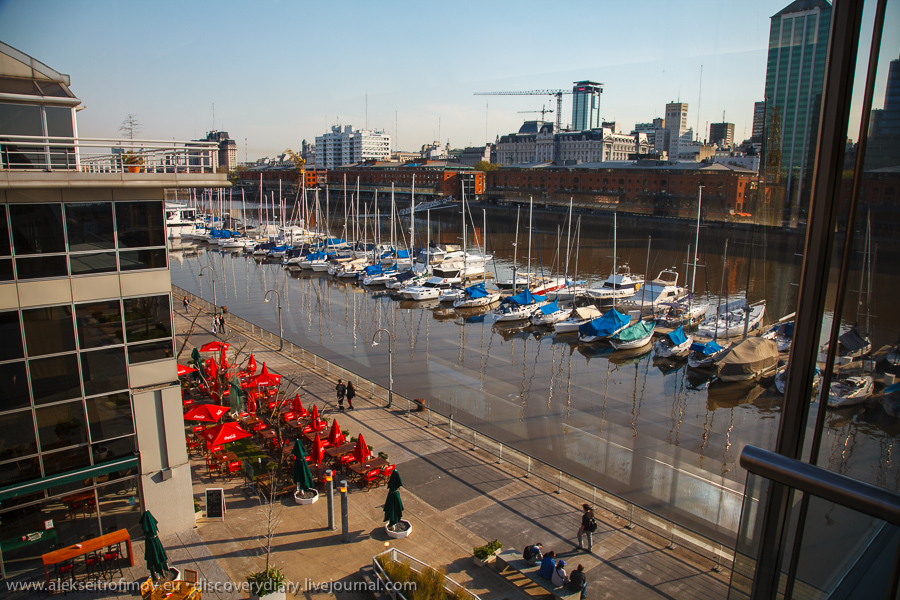 Museo Fortabat. This museum contains the personal art collection of Amelia Fortabat, the richest woman in Argentina, and was built at her expense. The building is fascinating. The collection is eclectic, but I was actually impressed and inspired by a number of pieces. 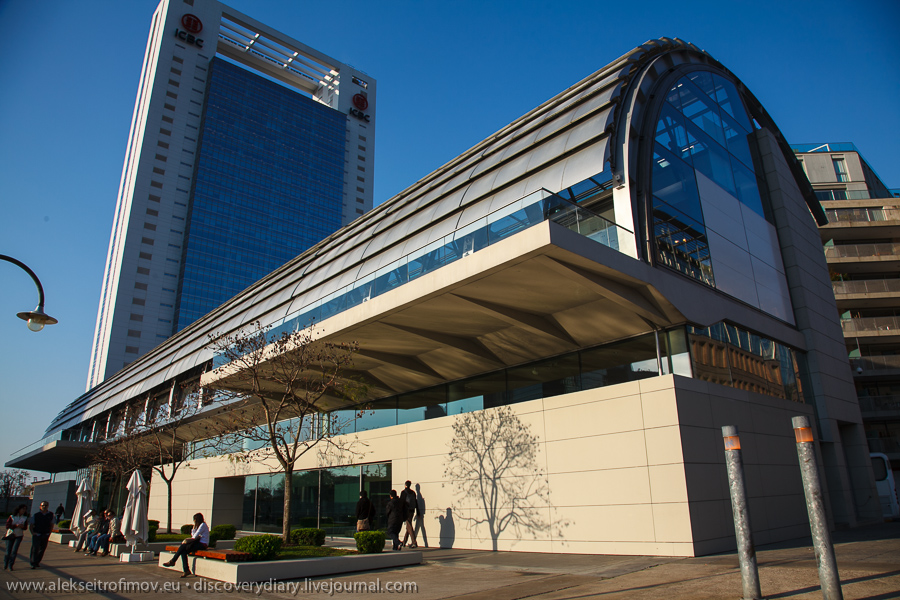 Decorative cranes on the other side remind of the industrial past of Puerto Madero. 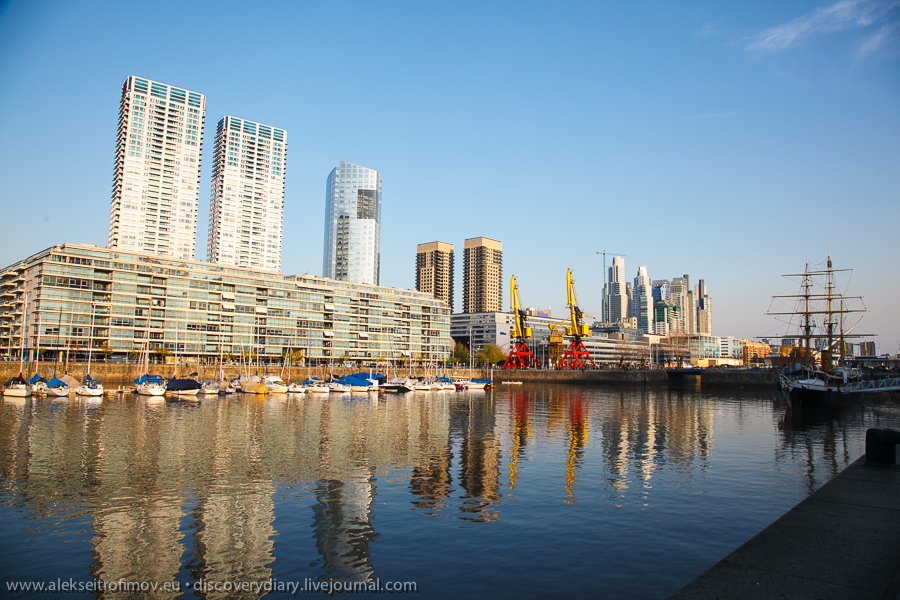 MALBA – the Museum of Latin American Art
In every city of the world I try to visit the contemporary art museum. Contemporary art always inspires me, although inevitably I find some pieces boring. In Buenos Aires I visited MALBA museum. The permanent exposition was rather uninteresting, but I really liked the exhibition of Liliana Porter called “A man with an axe and other brief situations.” The approach she is using is not new, but her take provokes new and interesting associations. 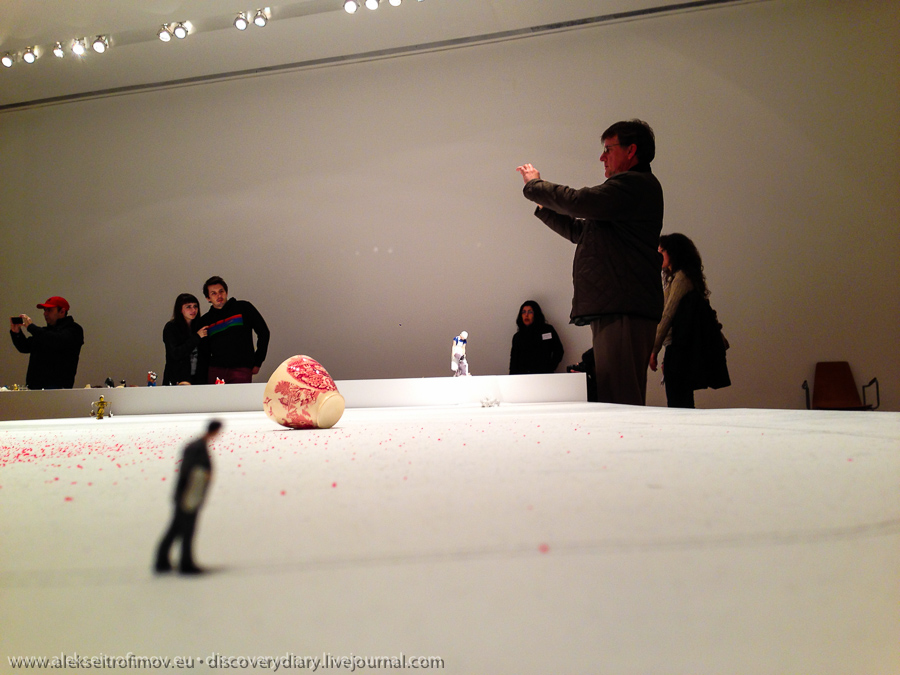 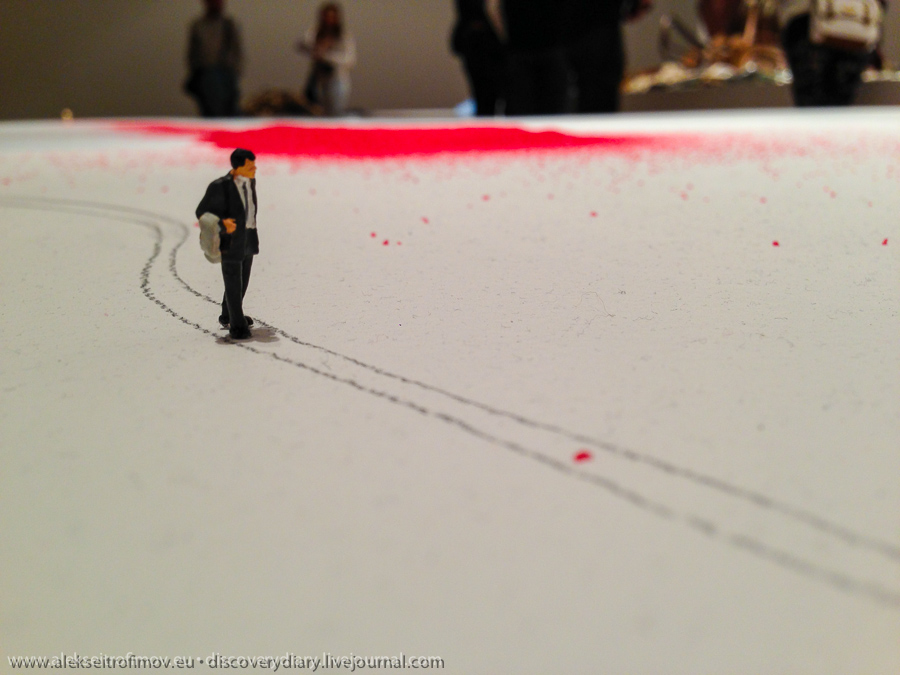 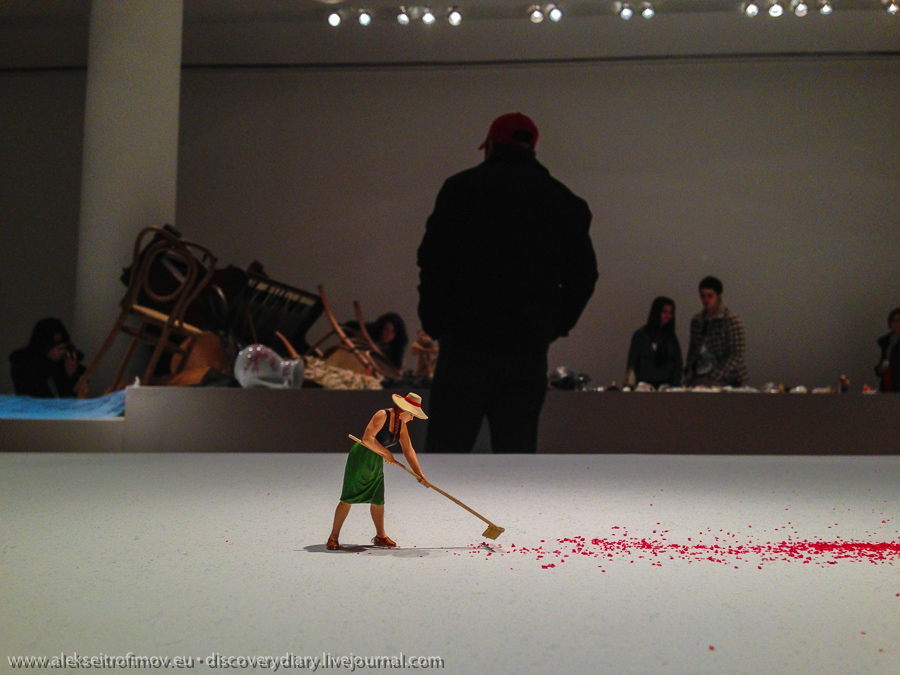 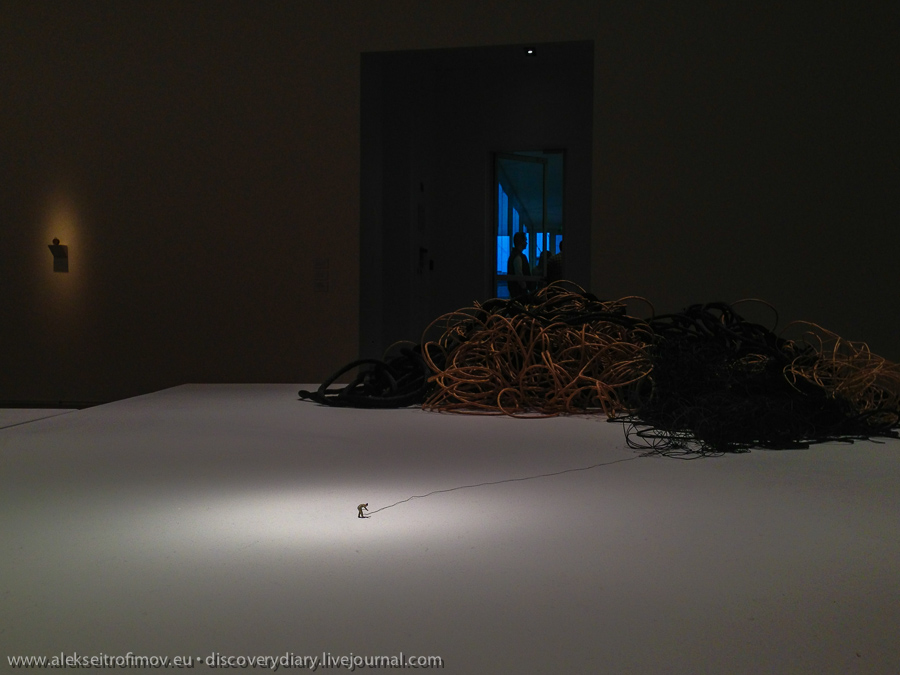 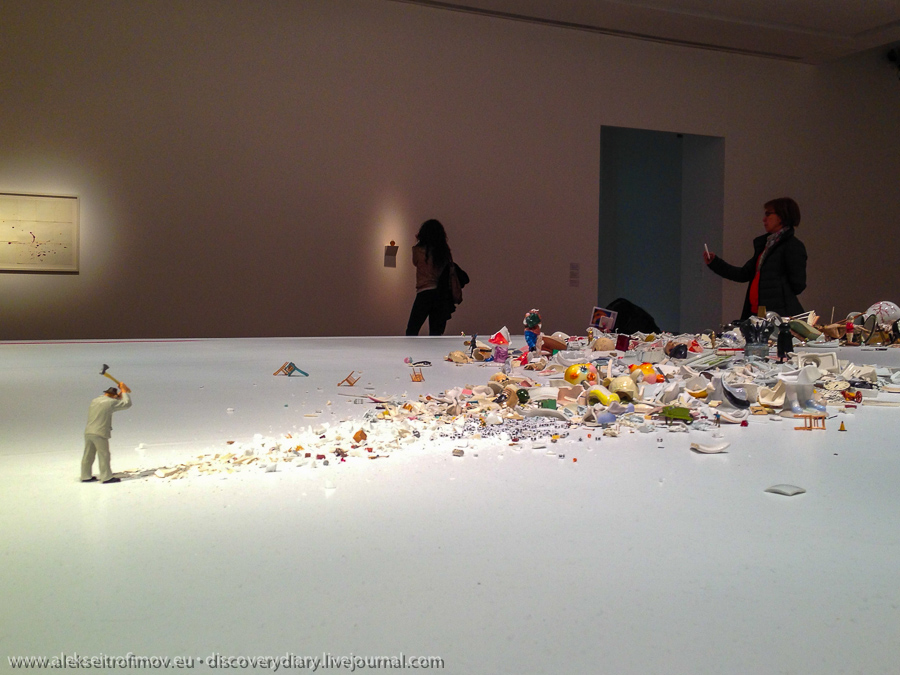 One thought on “Buenos Aires, part 2”