Japan is a very strange country. During my trip around Japan I kept writing down in my red notebook the details of its weirdness. Here is a random list…

1. The white gloves, the epitome of elegance, that are worn by the drivers of buses and taxis. With their hands covered in these white gloves they swiftly operate the wheel and the luggage…

2. In many points of major Japanese cities very helpfully you can find the area plans, often featuring an English translation. But it took me several days to decipher the logic of the orientation of these maps. They are not oriented according to any cardinal direction! It turns out that the up-down axis of the map corresponds to the very direction in which you are looking when you face this map. You have to marvel at the utter precision which was necessary to manufacture these maps so that they correspond so precisely to their rather random-looking position in some metro tunnel or on a street corner. Anyhow, this positioning of the map threw me off every time – ­my European brain is too used to put every map into the North-South axis.

3. An entirely different logic of house numbers. We are used to a street with numbers growing along the two sides, usually odd numbers on one side and even on the other. The Japanese city is divided first into areas with names (sort of like our street names). Then this area is further subdivided into numbered sub-areas, usually delimited by actual physical streets or pathways. However there is no particular reason why such and such sub-areas bears a particular number. Inside the sub-area the houses are further numbered, usually in the order as you would encounter them if you were to go around the sub-area, but not necessarily. For example, the address of the ryokan where I stayed in Tokyo was as follows:1-30-12 Asakusa, Taito-ku, Asakusa, Tokyo, Japan 111-0032. This is to say that it was house nr 12 in sub-area nr 30 in the first Asakusa area. This is how it looks on the map: address.

4. Coming from the United States, several times I critically misunderstood the Japanese traffic lights and entered the road while the cars were moving. In Japan the red lights is shown by two parallel vertical bars. As the green light approaches, the bars decrease in size – ­this way you can always estimate how long you still have to wait. However in America the red parallel bars blinking mean that the red light is just starting and in principle pedestrians can finish the crossing.

6. The direction of reading books – ­similarly to Arabic and Hebrew books, the Japanese books are read from left to right. This means that the first page is where you would expect the last. Even opening a Japanese magazine, you have to adjust.

7. Since we talk directions, of course the Japanese could be like everybody else. They just had to drive on the left.

8. In Japan you are not supposed to tip. This culture eliminates all uncertainty. A paradise for introverts.

9. Indeed it is a paradise for introverts in a number of ways. I was speechless when I first saw a Japanese bus – ­where you do not have to have a neighbour at all as all seats are separated by a passage!

10. You cannot go around the Japanese food. I will write about it separately. Here I will just mention the strangest dish ever. This title must go to nattō beans – ­slimy beans fermented in a special bacteria. They say that this is the dish that they use to test if a foreigner (gaijin) has really adapted to life in Japan. Because the beans look really disgusting. I tried them. They taste pretty funky. Not to belabour the point, this is by far the weirdest food I’ve ever eaten.

11. The Japanese sweets are also pretty weird. Often they are not sweet at all. Most sweets are indeed made from bean pasta!

12. After a while you realise that most Japanese dishes are borrowed either from their neighbours the Chinese or directly from the Europeans. But the longer the isolated Japanese had to alter these dishes, the less recognisable they become. Take Japanese pizza – ­nothing like the original.

13. Japan is choke full of coffee shops. These often look very sophisticated, even glamorous. But what I found most surprising about them was the fact that in each café inevitably there was a partition for smokers, and indeed it was full of smoking people – ­often there were more smokers than non-smokers.

14. The Japanese are quite obsessed by all things French. For them French is the ultimate synonym of elegance and refinement. And to be frank, the fantasy objects made à la française in Japan are already so excessively elegant, that oftentimes in my opinion they exceed and surpass the supposed original. Thus I am not surprised by the stories about how the Japanese are shocked when they visit Paris, seeing how it is nothing like they imagined, but in fact rather dirty and brash. I profited fully from this Japanese obsession and visited regularly a coffee shop network called Vie de France, where you could have wonderful pain au raisin and of course proper latte – ­and thus to escape the crazy Japanese sweets for a bit. 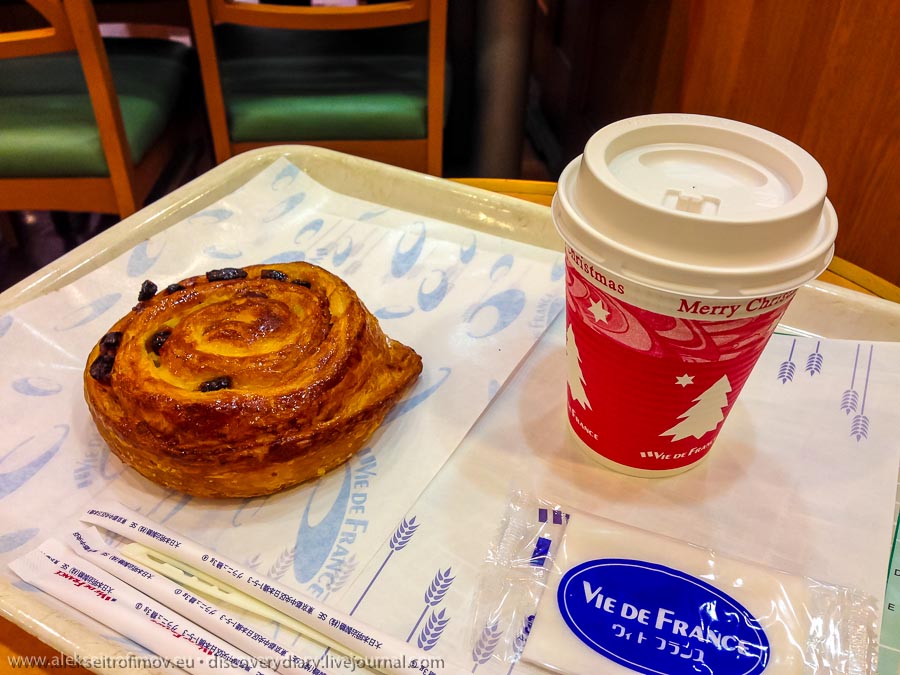 15. The Japanese cannot pronounce the sound “l”. Thus for them “l” and “r” are the same sound. This leads to some funny misunderstandings. Such as kids shouting “Herro!” to a modest tourist.

16. On the topic of culturally determined perception, in Japanese there is no difference between green and blue. Thus the Japanese perceive these two colours as one and the same.

17. Isn’t it completely flabbergasting that the Japanese imperial dynasty is uninterrupted on genetic level for 2000 years?

18. The amazingly weird Japanese writing – ­which really consists of three different writing systems, of which one is hieroglyphic and two are alphabetic! Plus in the Japanese text you will often see direct borrowings in Latin letters.

19. A whole list of strange Japanese institutions… Starting from karaoke – ­the very word is Japanese – ­and the concept spread all over Asia from Japan.

20. Hostess bars are special bars where the tired workers come after their extended office hours and are entertained there by the hostesses. Entertained means spoken to, listen to, laughed with, but nothing more. No sex takes place there. The remuneration passes via astronomical prices on food and drink.

21. Pachinko is a special game that replaces casino for the Japanese. Entire pachinko parlours occupy the streets of Japanese cities…

22. Omnipresent are the machines that sell drinks, chocolates, water and all kinds of other objects. The machines function perfectly using the cozy yen coins and the prices are not far from those in the supermarkets.

23. At some point I realised with some horror that certain drinks in supermarkets are kept in heated machines. So when you buy a drink, you get it hot straight from the machine! One such machine: 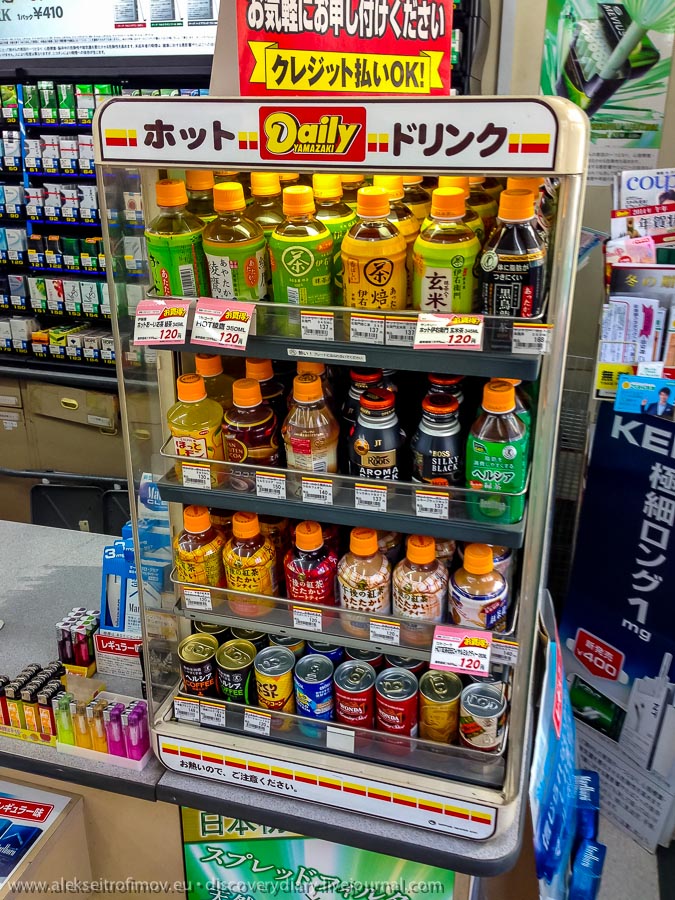 24. I have to mention a particular kind of a Japanese drink. Genki is something akin to Red Bull, but it is a whole industry in Japan, presenting for the consumption of working class a whole panoply of variations of genki. And indeed it is the office workers who consume them in desperate effort to stay awake and extend the working hours. I drunk some genki and I felt like I’ve had a whole day of drinking coffee behind me after one little glass bottle. 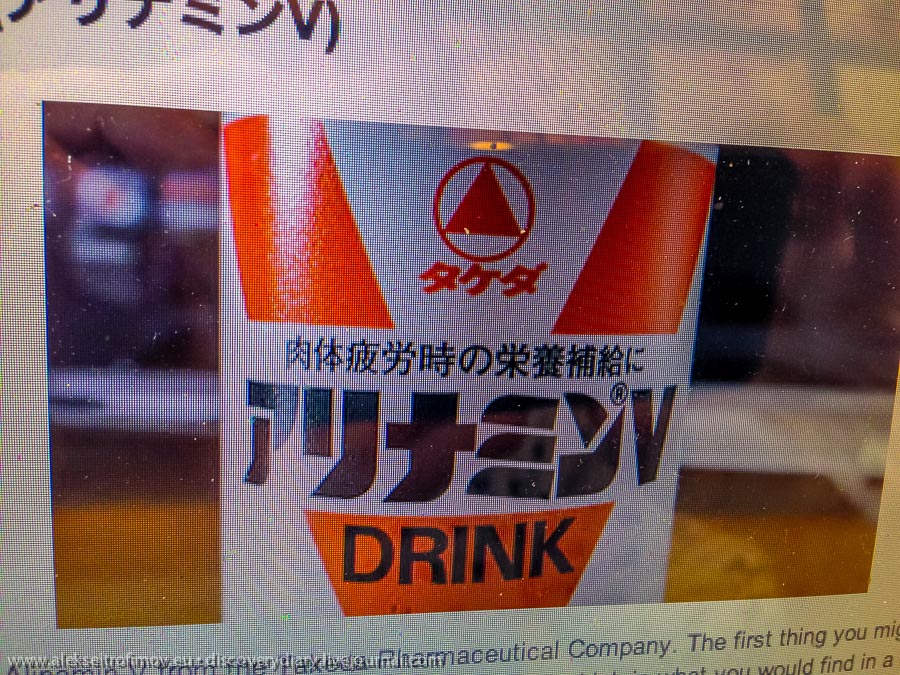 In addition, in supermarkets you can buy this kind of packaged calories. These are also used by the office workers. I tried it, and in fact it is quite edible, if you block the troubling associations with dog food. 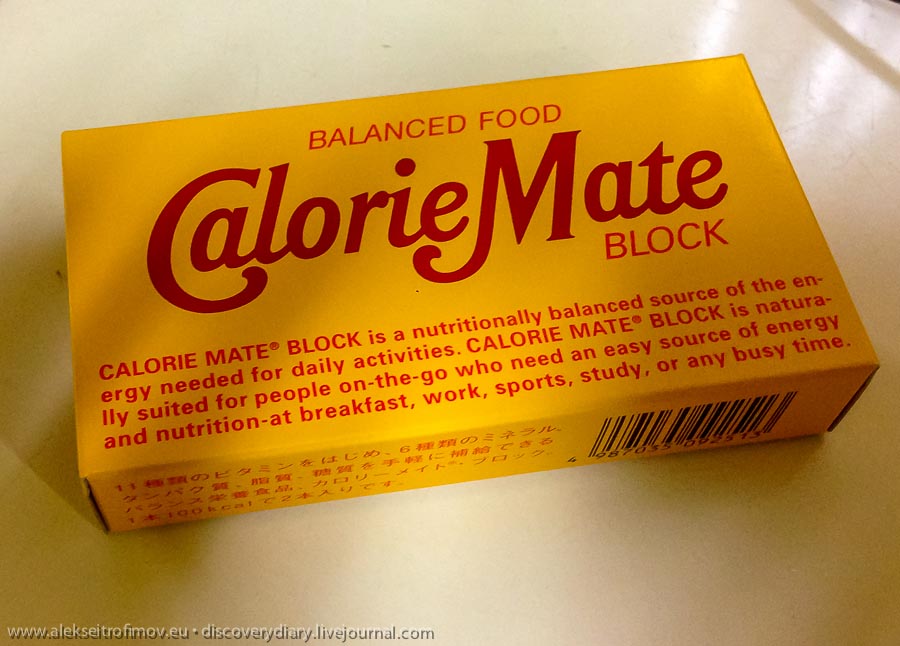 25. Of course toilets. No other nation on planet Earth has transformed a toilet into such a cosmically complex machine. Featuring heated seats and various tubes moving in and out and washing and drying.

26. It seems that every prefecture has its own logic of sorting the garbage (and sorted it gets!) I encountered quite a number of different approaches. For example, in one hotel I had to sort into “burnable” and “non-burnable”. Please tell me, is a plastic bottle considered burnable?

27. The Japanese are slightly paranoid with regards to wifi and other means of communication, such as sim cards. There is almost no place where you can use publicly accessible wifi (Narita airport is a pleasant exception). Even in Starbucks, in order to use free wifi, you have to first register on the website starbucks.co.jp – ­and this has got to be done outside of Starbucks. So if you are already in Starbucks, there you get a nice Catch-22. I walked on the streets of Tokyo looking for the wifi of some hotel which would have no passwords. And strangely I managed to find such wifi.

As a short term visitor, you cannot just buy a sim card and use a Japanese number. The closest you can get to it is to rent a mobile phone, which you have to return at the end of your stay. I could never quite get the logic for such restrictions.

28. Another way Japan contradicts its high tech image – ­it is rarely possible to pay with a credit card. This means you’ve got to carry a wad of cash on you all the time and you better keep an eye on this as only some ATMs in Japan will accept foreign cards. It is particularly annoying if your cards are Mastercard. One time in Osaka I run out of cash and got into another Catch-22 situation: to get to any spot with a normal ATM, I needed cash; to get cash, I needed a normal ATM. Finally I walked several metro stops and using some sixth sense snatched a Citibank ATM – ­the only one that always accepts my European Mastecards.

Overall I would say Japan is totally crazy. And yet it is immensely fascinating to travel around this country. I cannot help but admire the refinement, precision and industriousness of this unusual people.

2 thoughts on “From the Japanese notebook: 28 impressions of Japan”