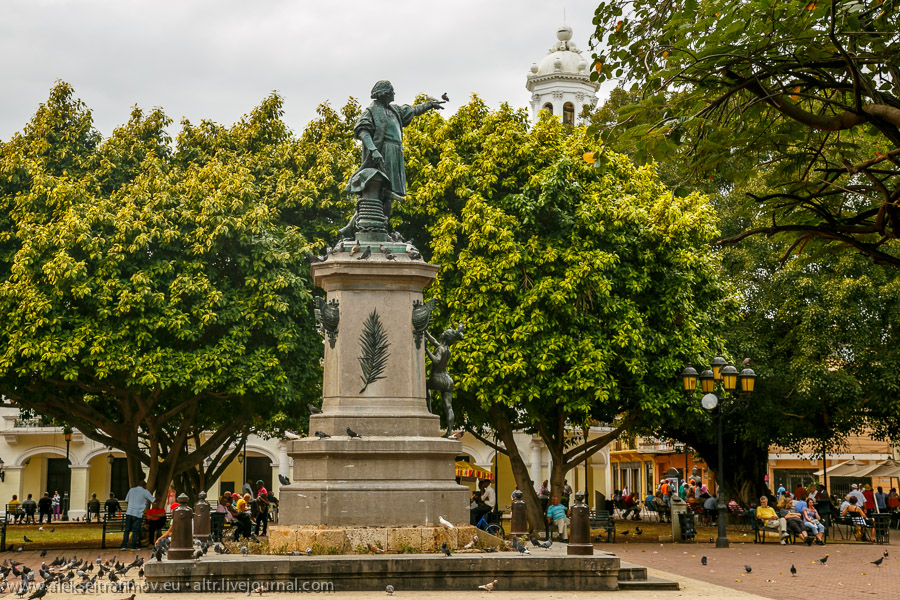 Behind his back – the first Cathedral of the Americas. 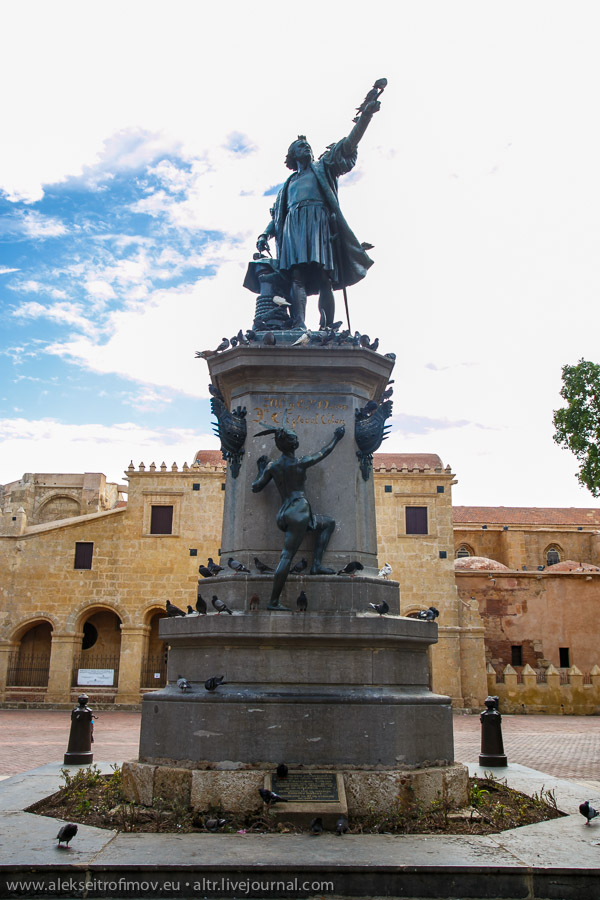 The meaning of the name “Columbus” is “dove”. 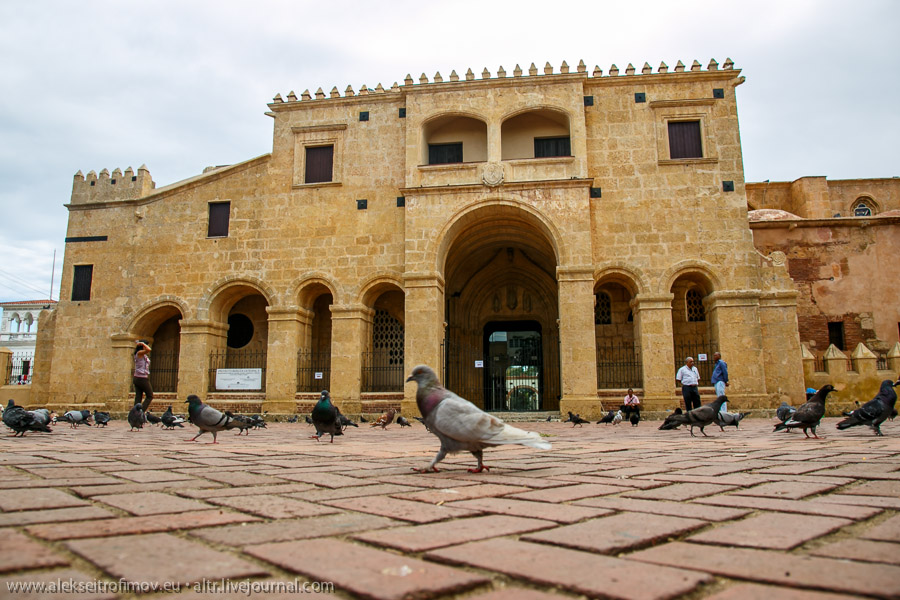 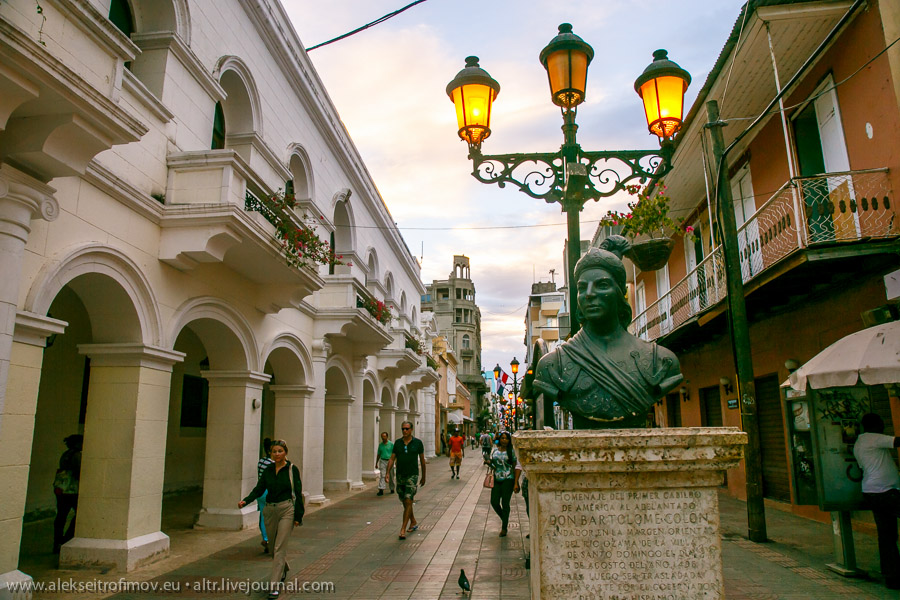 Alcázar de Colón (Columbus’ Castle) on the Northern Plaza de Espana. Columbus’ son Diego lived here as the Vice-Roy of the New World. The Spanish King got scared that Diego would declare himself emperor of the Americas and recalled him back to Spain. The building henceforth belonged to the heirs of Columbus. Surprisingly, he has numerous direct male-line descendants, some of whom rank among the Spanish nobles. 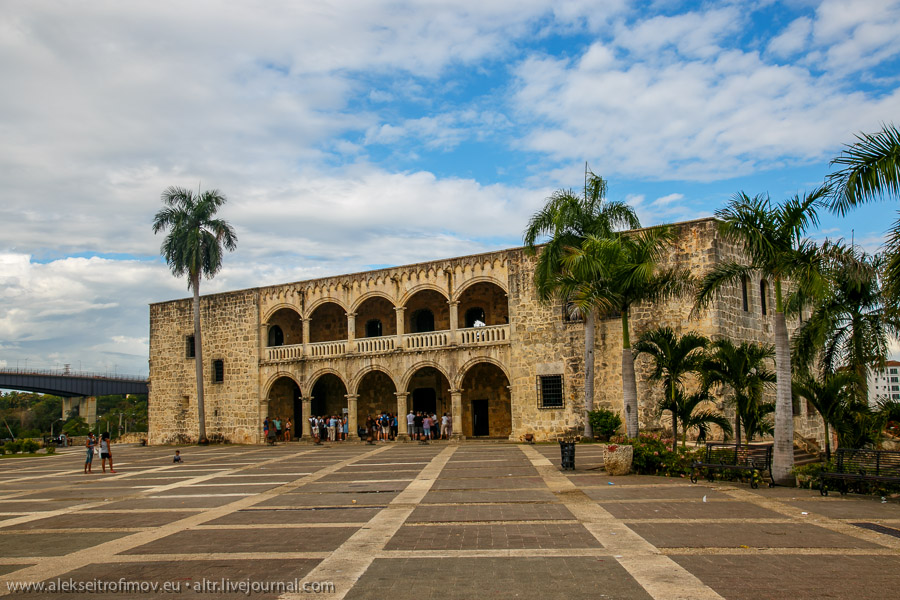 The balcony inside the Alcázar. You can almost feel the heat and the humidity. 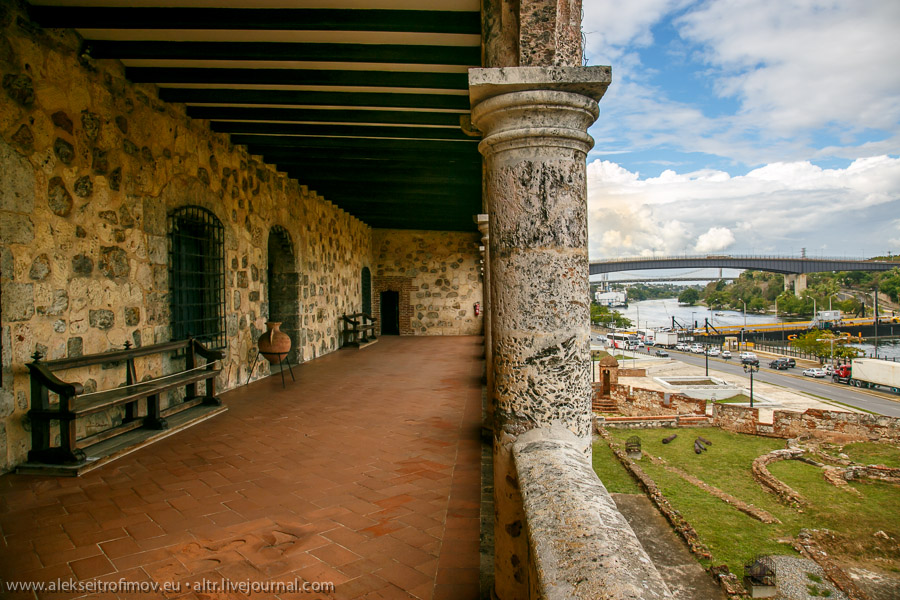 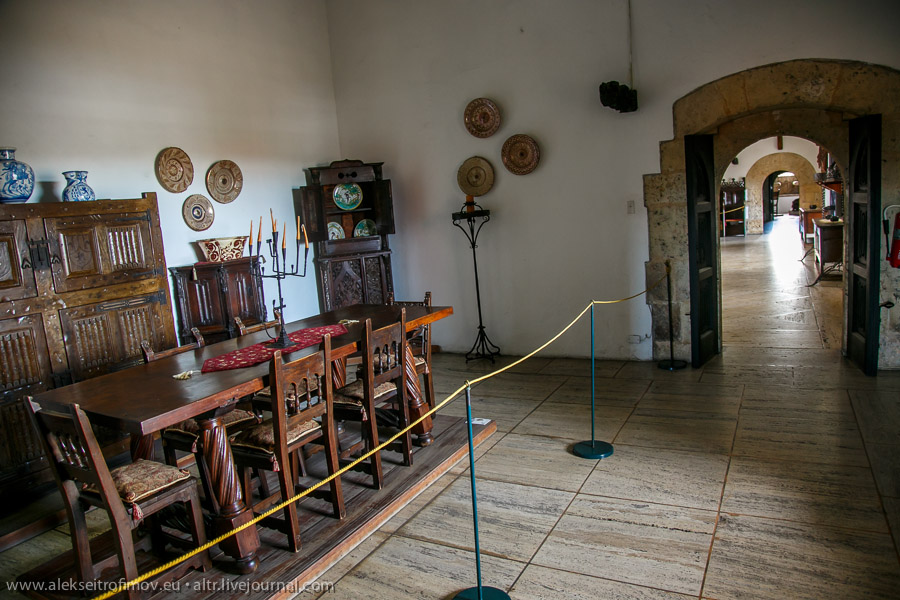 From Alcázar’s balcony you have the overview of the Ozama river. The river was the key reason for why the Spanish founded their settlement here. In the distance you can make out the Columbus Lighthouse – an immense concrete monolith in the shape of the cross, which is supposed to hold his earthly remains. The light projectors placed on the roof are supposed to draw a giant cross in the sky. It’s a running joke in Santo Domingo that when the cross of light is in the sky, all of Santo Domingo sits in darkness – the electricity is too scarce here. 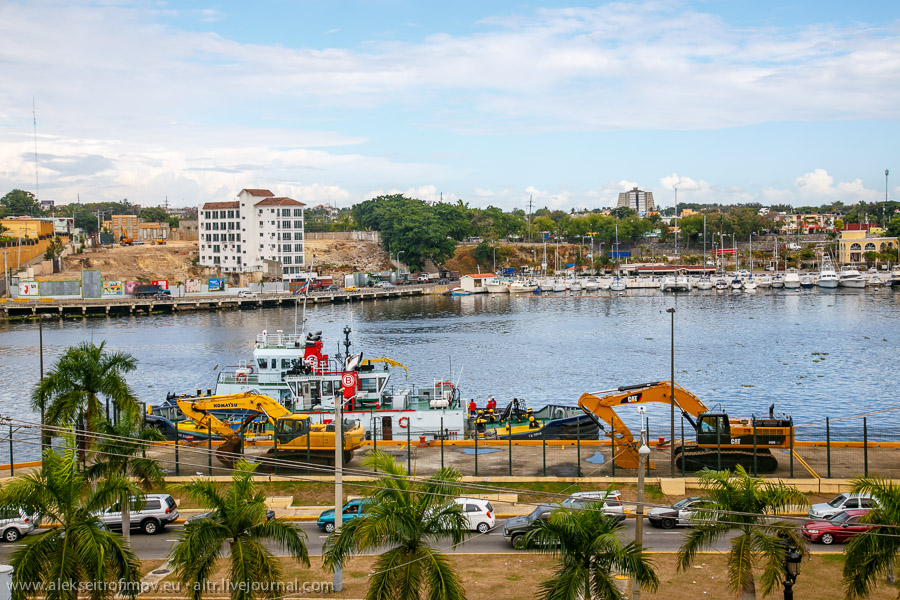 From the balcony of Alcázar. Plaza de Espana. 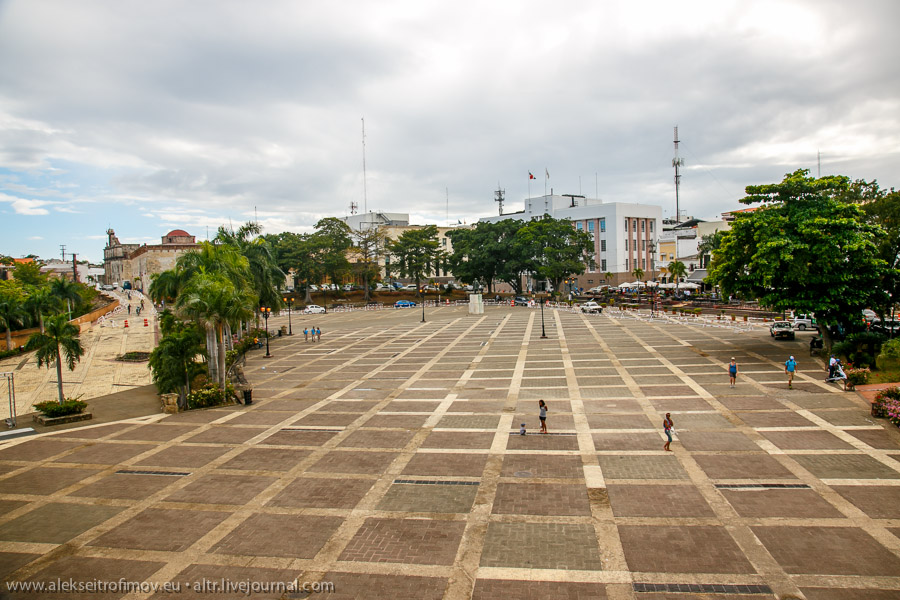 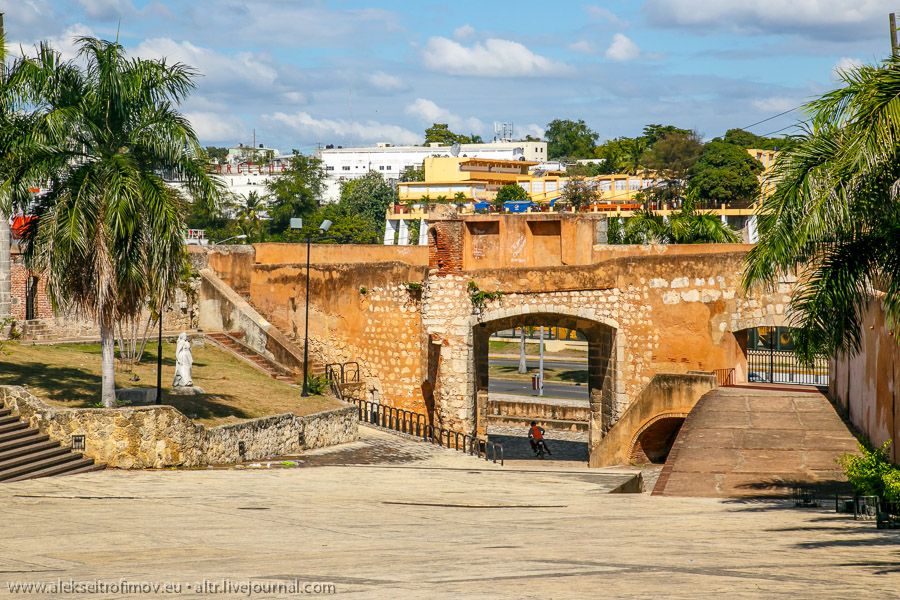 The original wall to the North of the Alcázar. 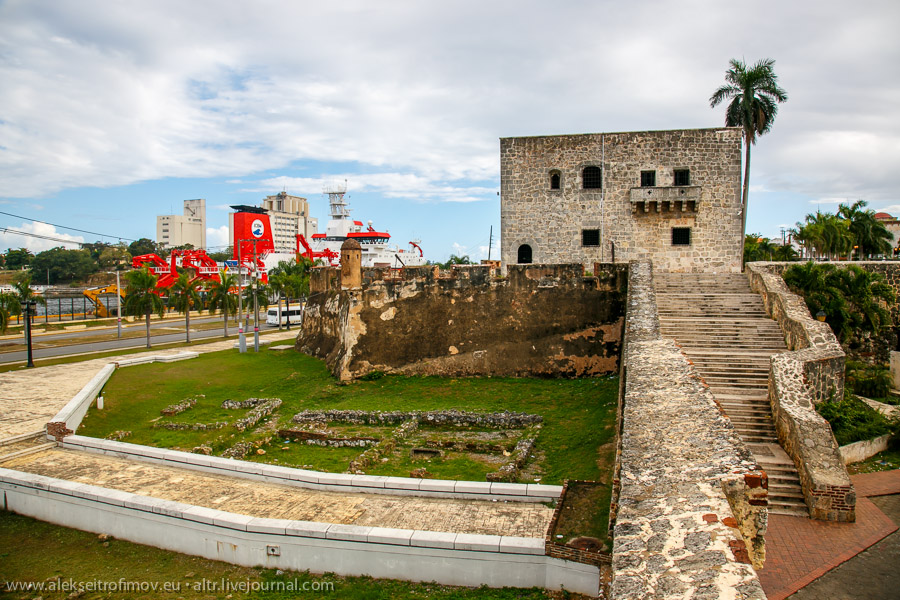 The railway bridge over the Ozama river: 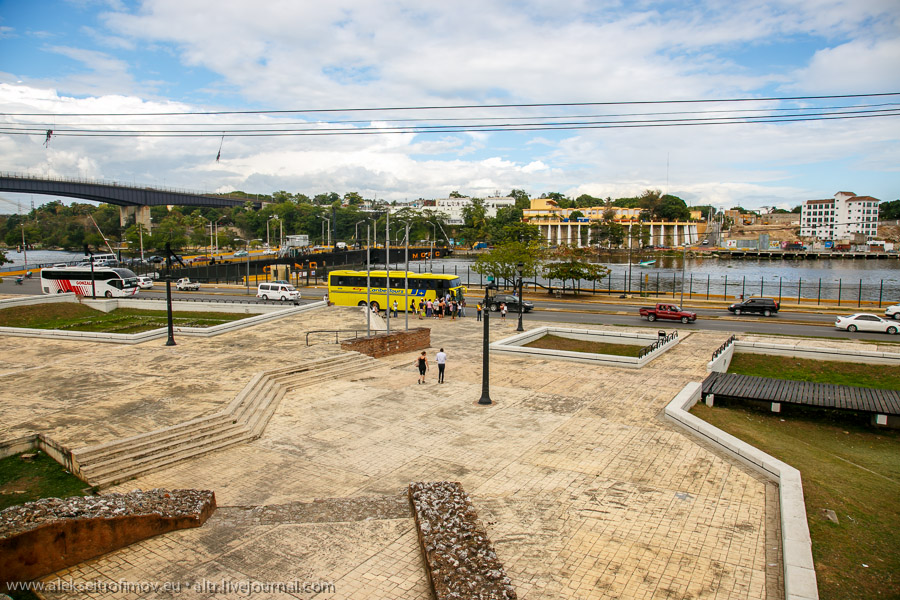 The famous calle Atarazana, the restaurant street that limits the square from the North. Actually right now most of Zona Colonial is being renovated, streets are covered with building sites, so not too many visitors in the restaurants. 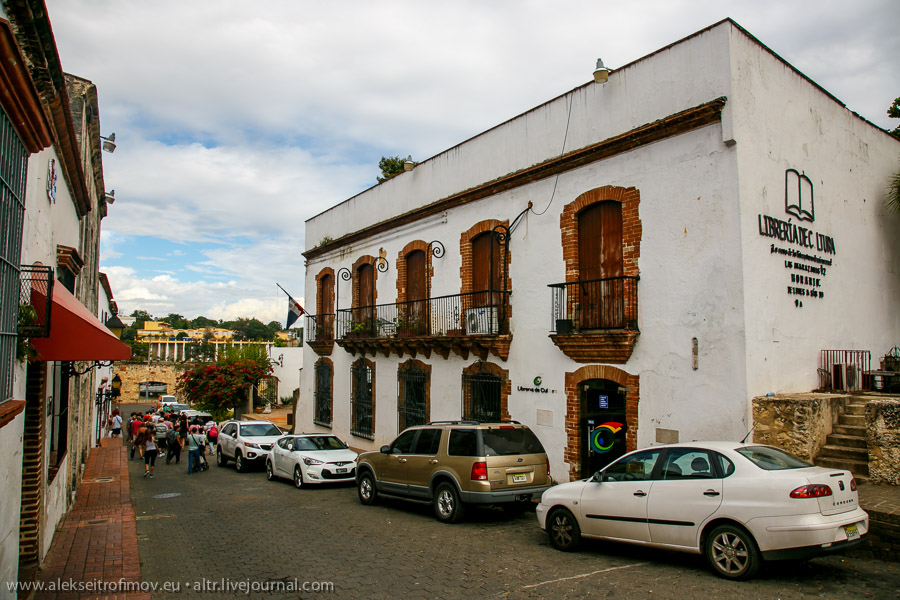 In the residence of the Spanish governor today is found Museo de Las Casas Reales, the best museum in the country. 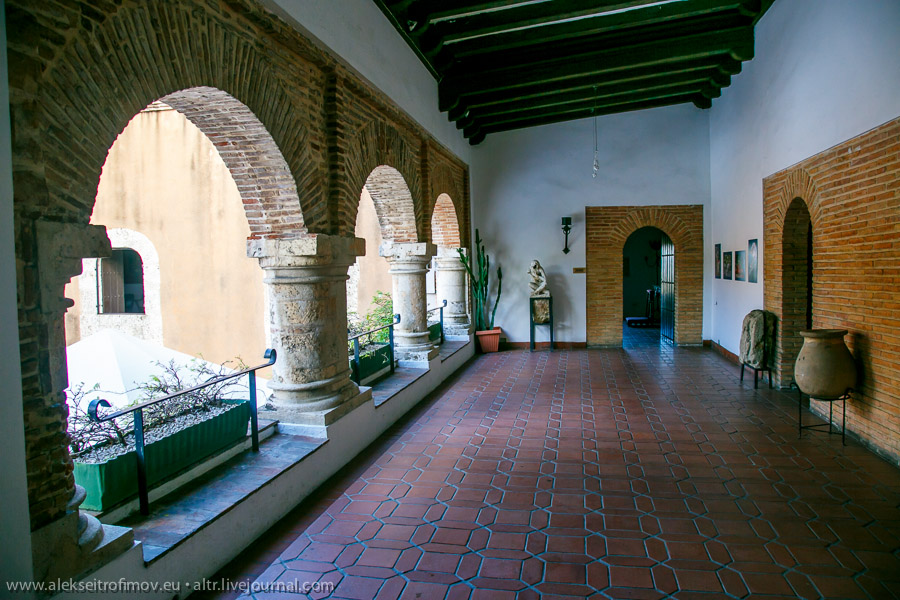 The audience hall – although the Spanish kings never came here during the empire. 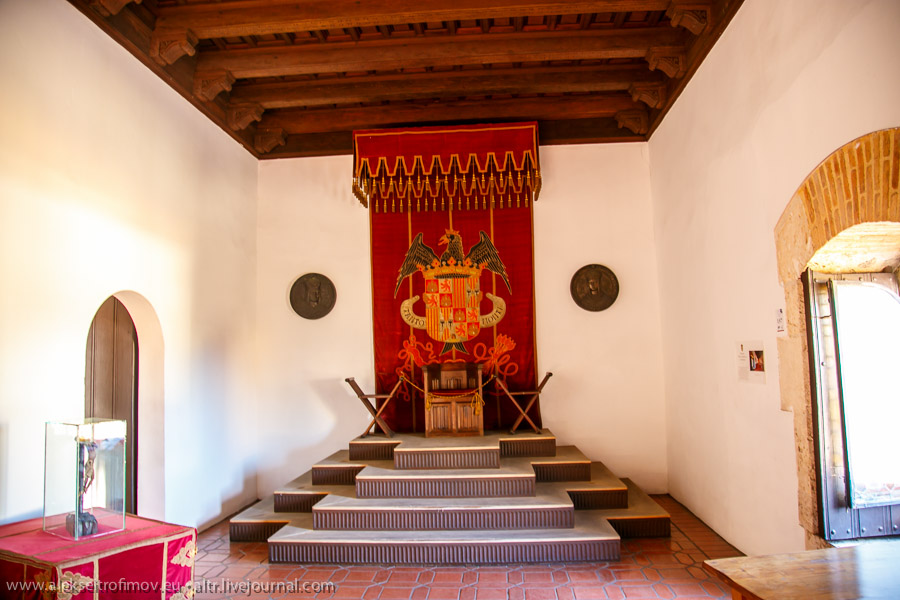 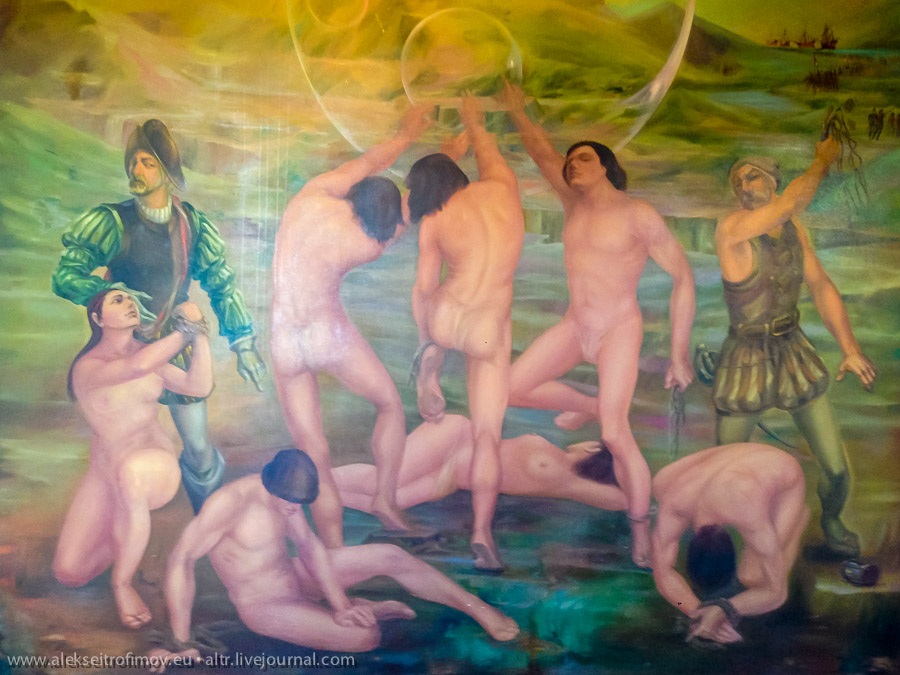 Yet another key building, the National Pantheon. Not a single name of those enterred here was familiar to me. So I felt like I was in a make-believe Pantheon of a make-believe country. 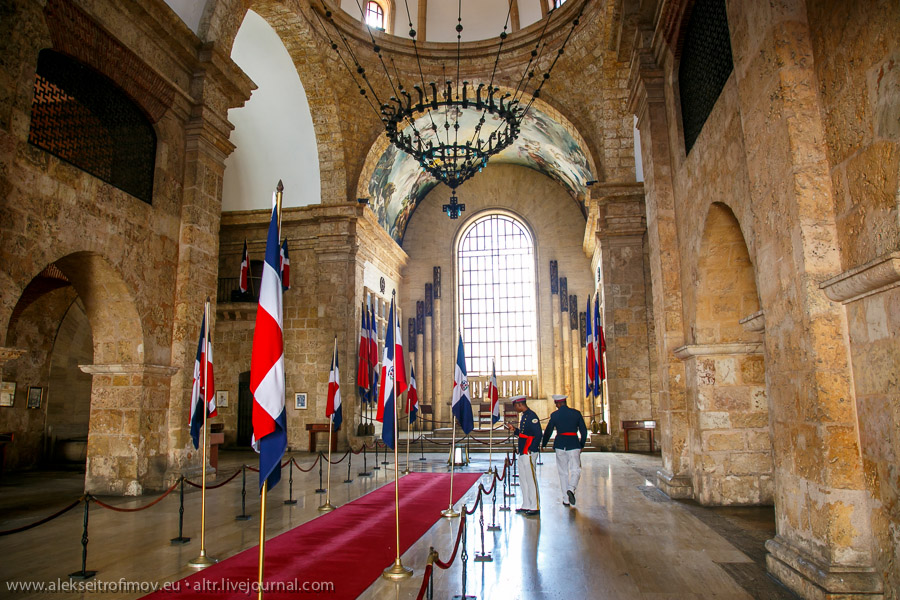 Of course it reminded me of the Natheonal Pantheon in Paraguay, where it also represents the overcompensation of a wounded nationalism. 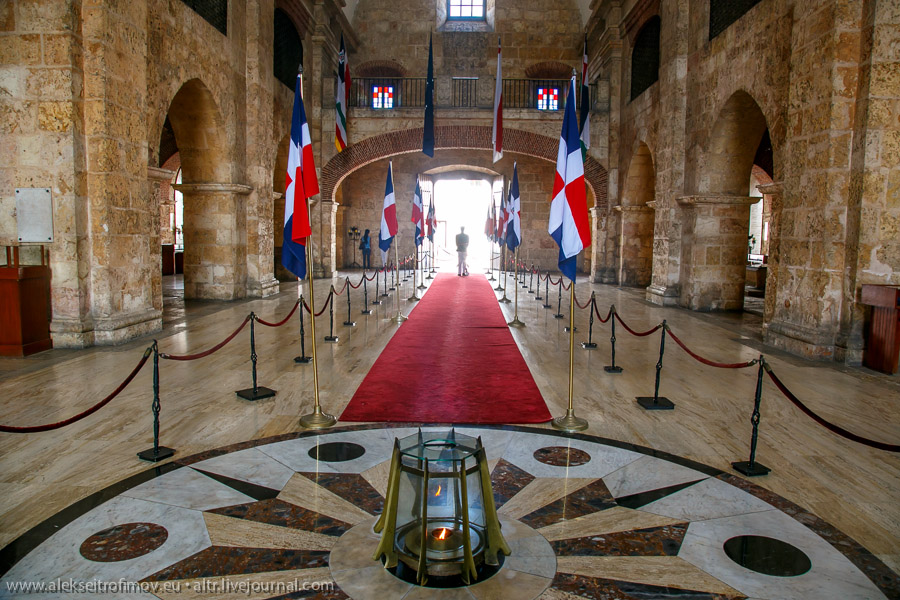 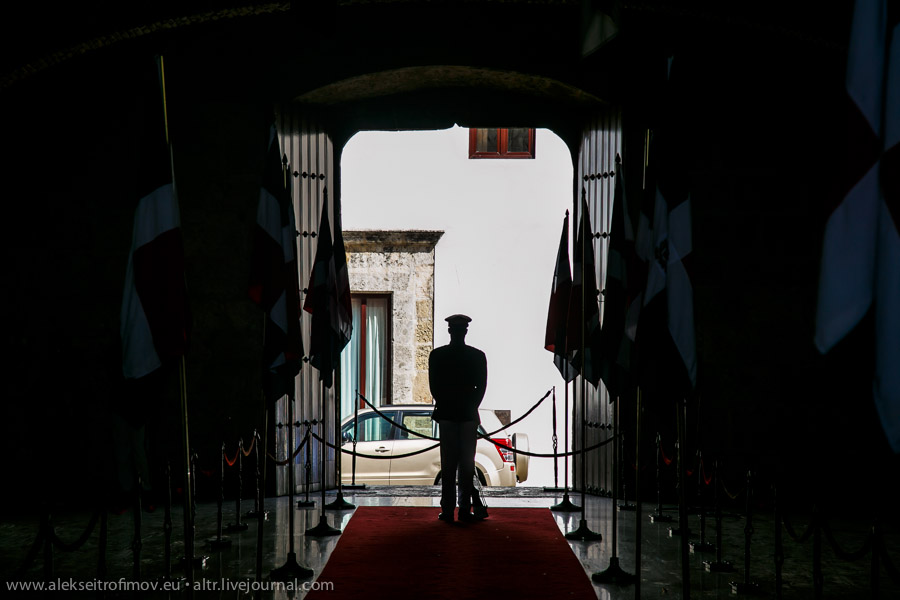 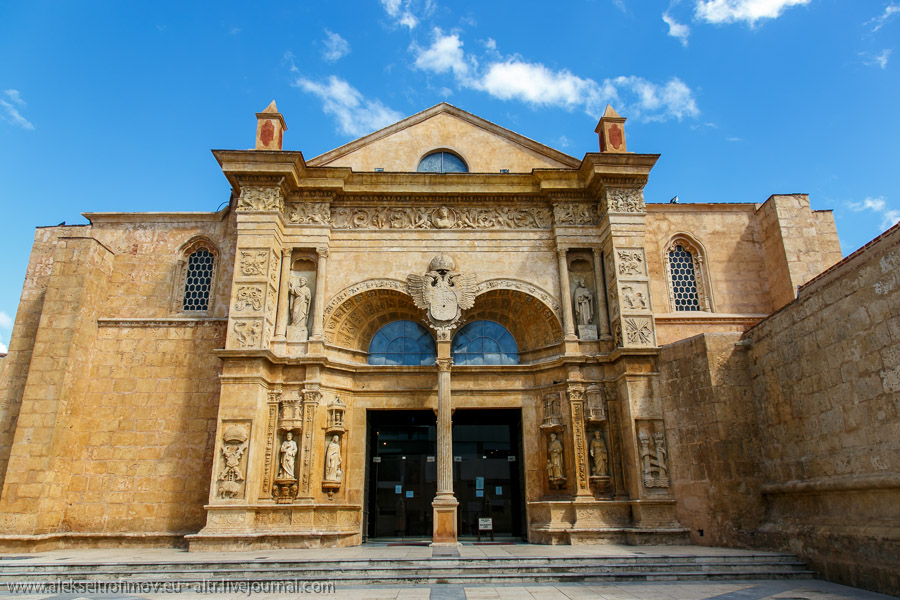 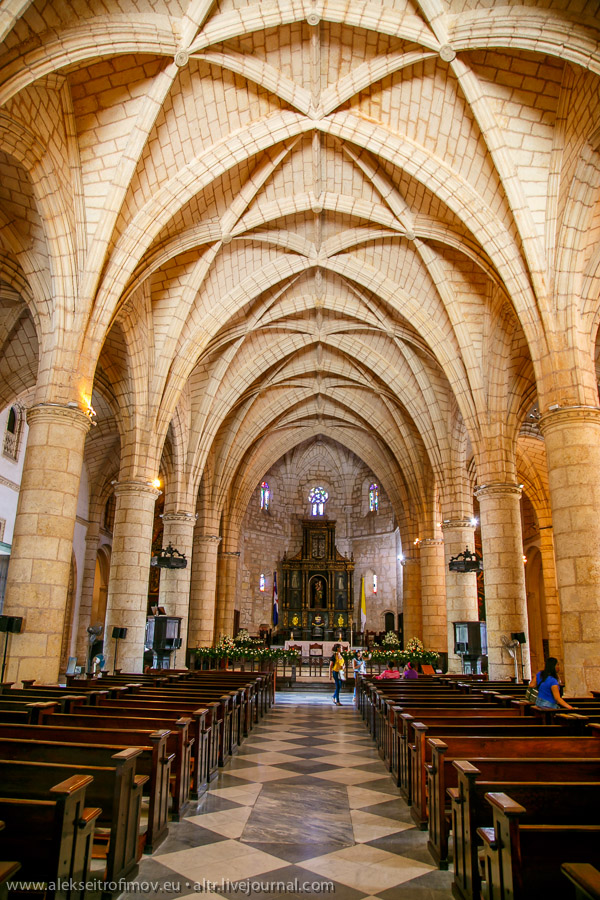 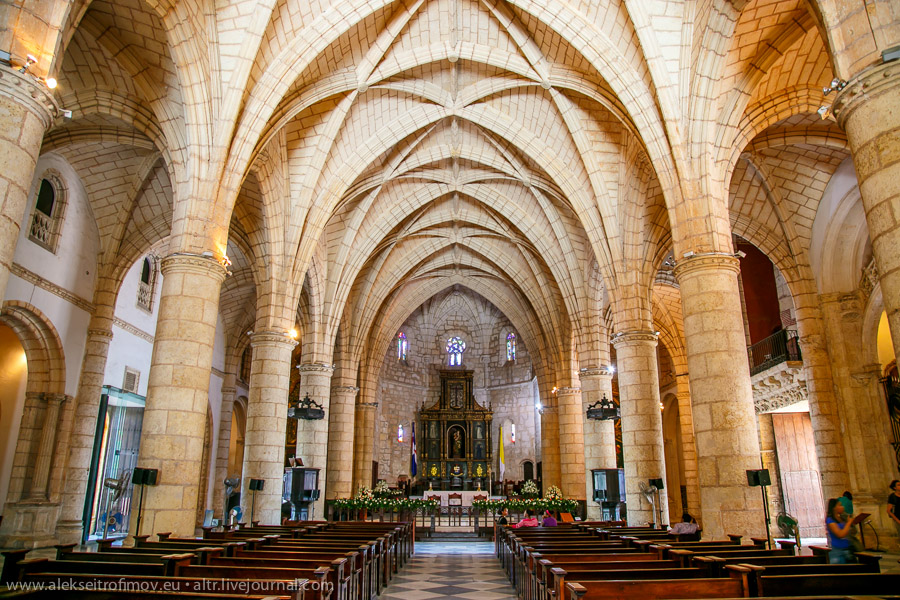 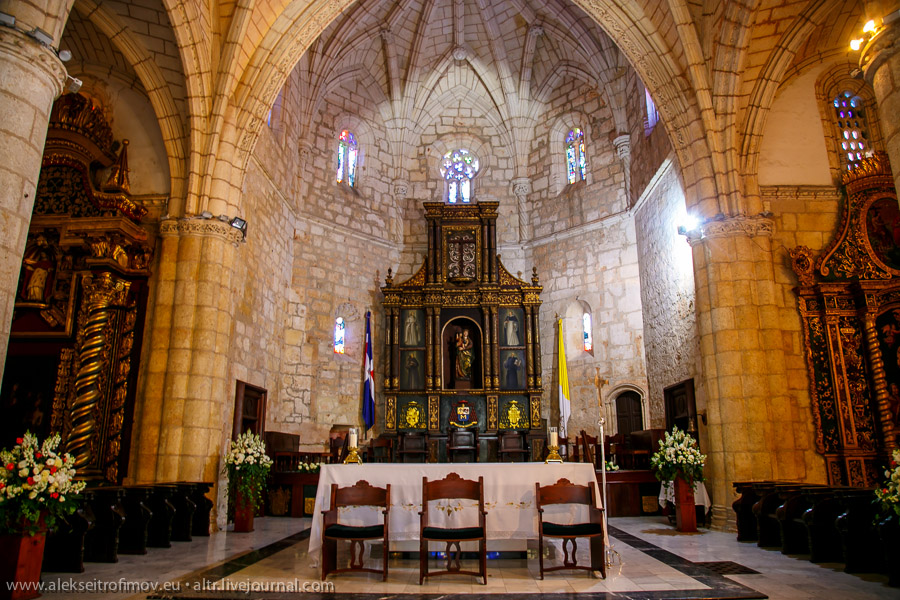 In 1583 as the English took Santo Domingo, they used the Cathedral as their residence for the time that they remained in the city to loot it. According to the legend, Francis Drake himself slept in this chapel by the altar. 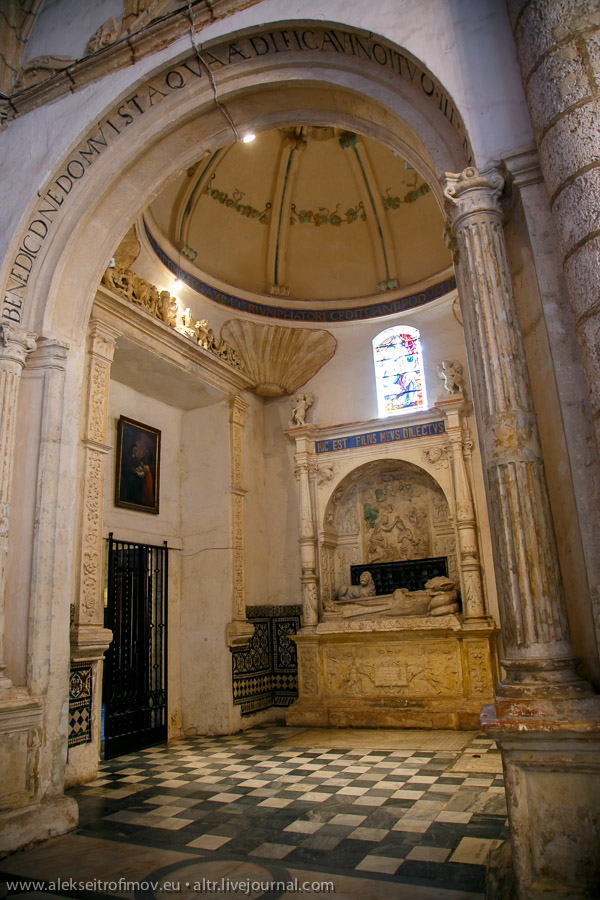 Wooden monks all around the building: 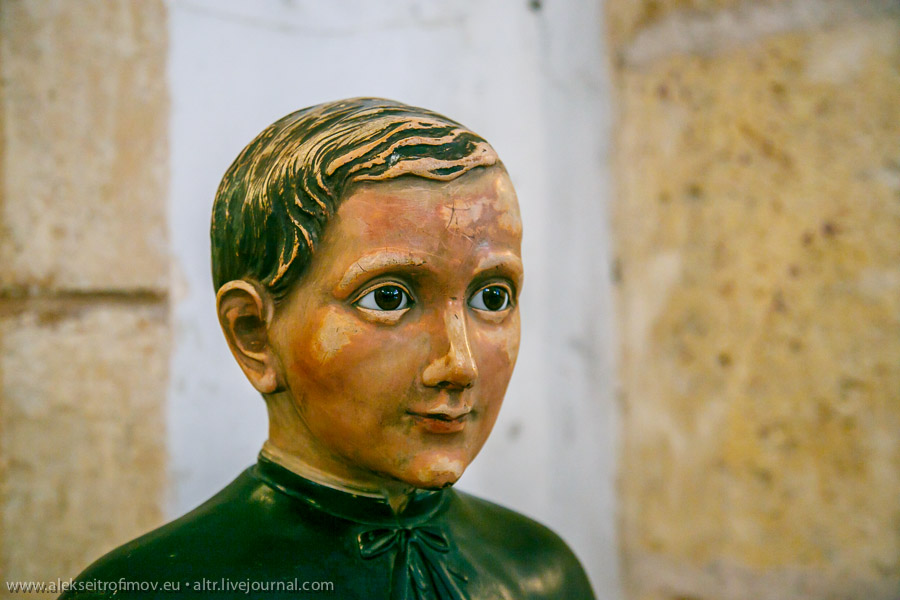 Lions in the Cathedral’s garden. 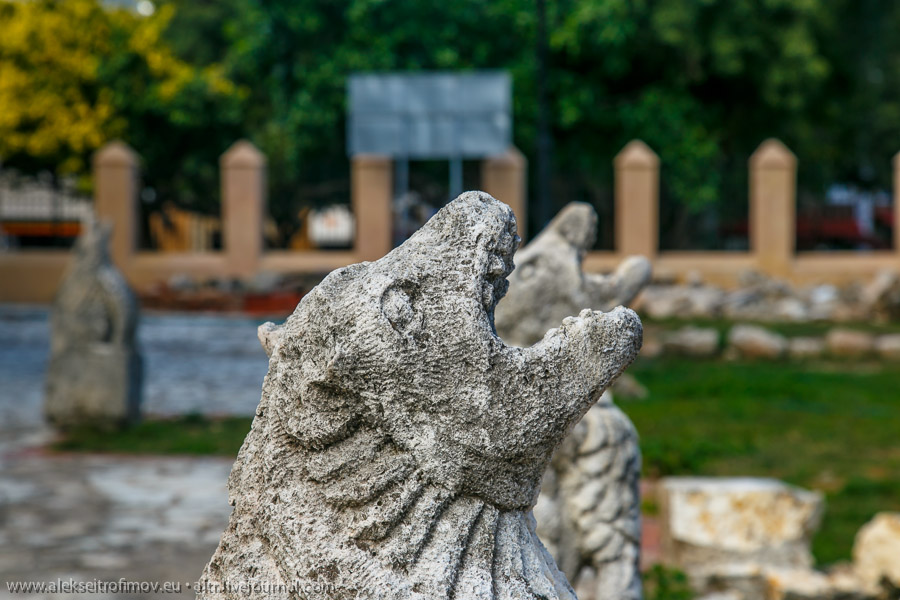