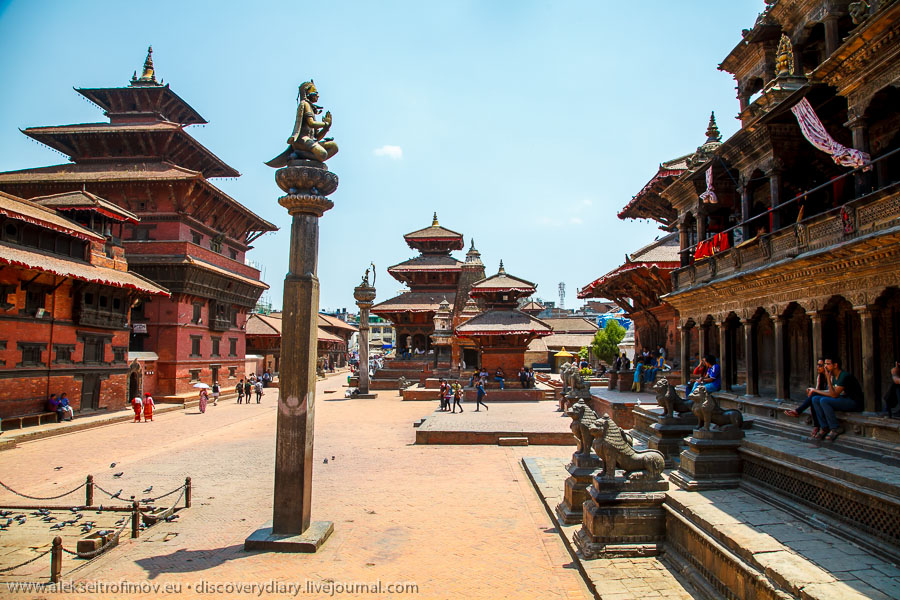 At the centre of the Square is a column that holds the statue of the most important king of Patan. Behind the statue a snake rises whose head is crowned with a little bird. 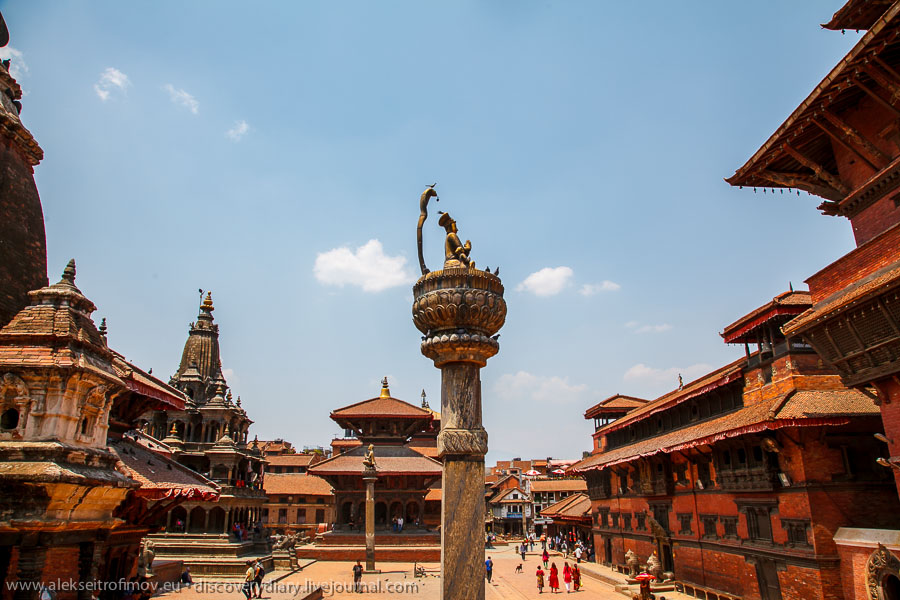 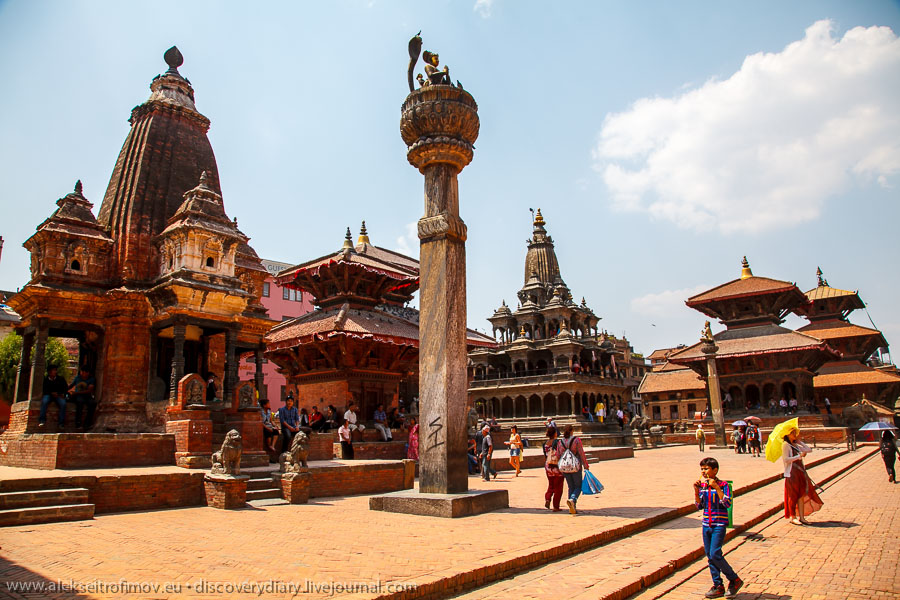 The most important temple on the Patan’s Durbar Square is Krishna Mandir. On this photo it is to the left. It was built in 1637 after Krishna appeared in a dream to the king of Patan in this very place. The first floor of the temple is devoted to Krishna, the second floor to Shiva and the third to Buddha. Another paradoxical example of coexistence of the two religions in Nepal. 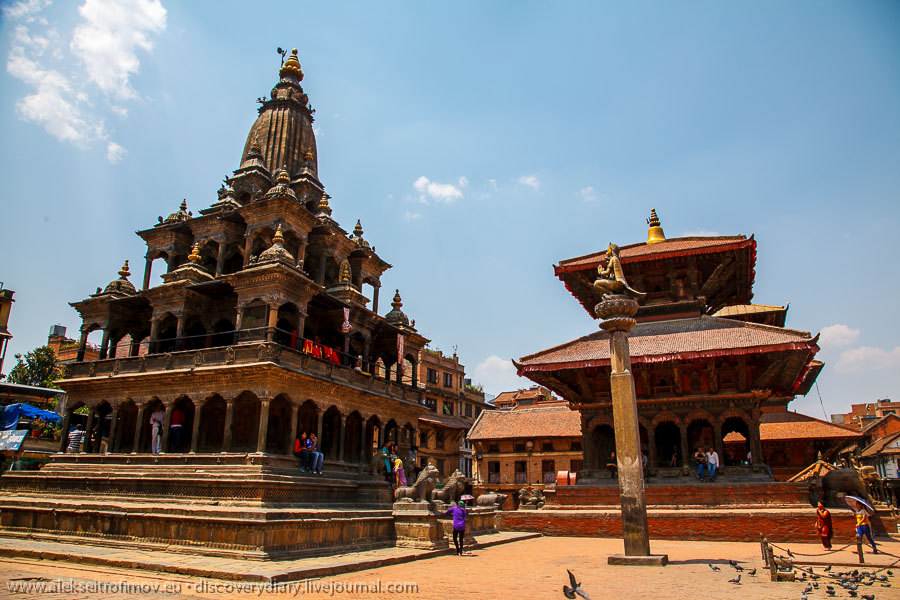 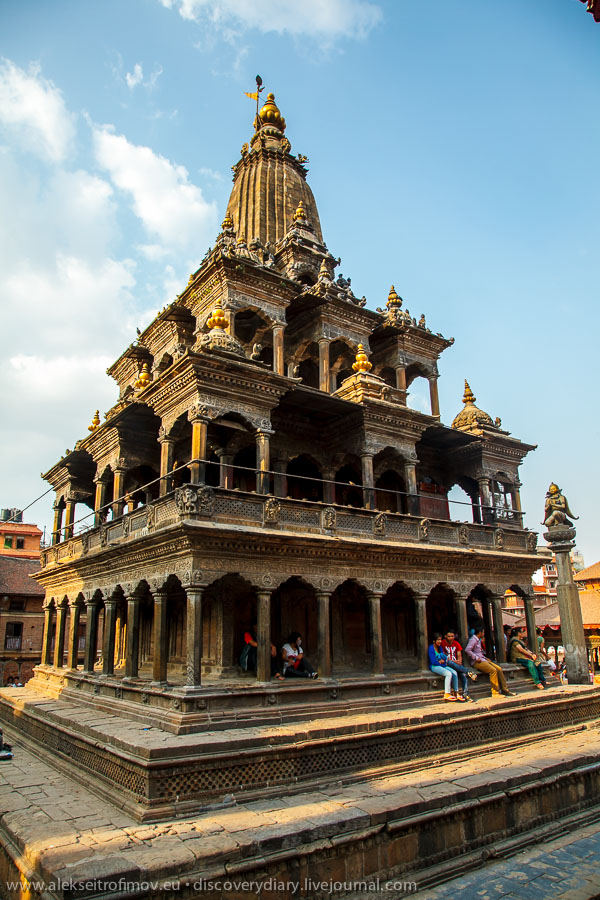 But we can visit the former Royal Palace directly opposite, which now hosts Patan’s Museum. The museum hosts a number of interesting objects. I liked the most a diagram showing the comparative size of all of Nepal’s Buddhist stupas. Boudhanath looked about three times the size of the next biggest one! Palace entrance: 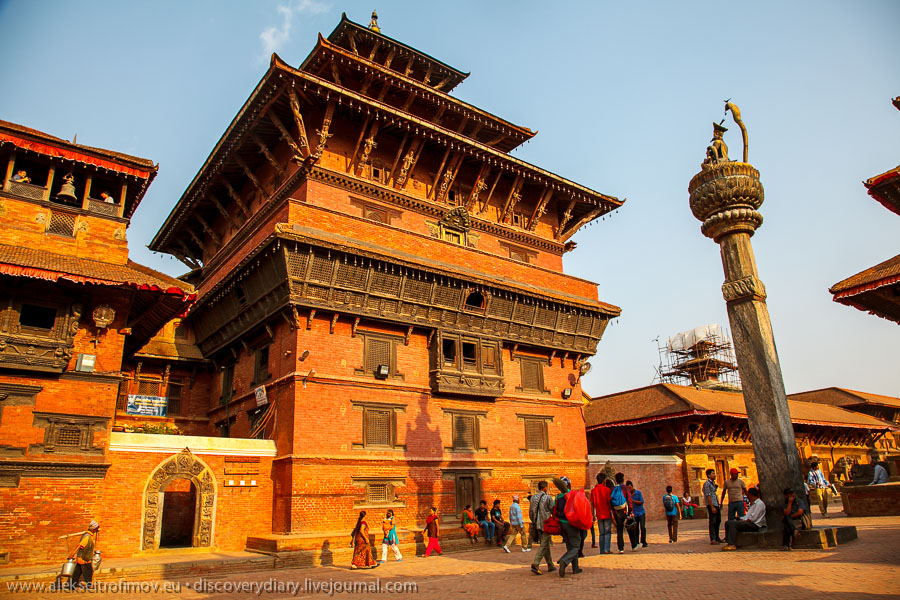 The Palace also boasts several intricate courtyards which had various ceremonial functions in the royal times. The entrance to the temple of Goddess Taleju in Mul Chowk courtyard, the largest open to the public: 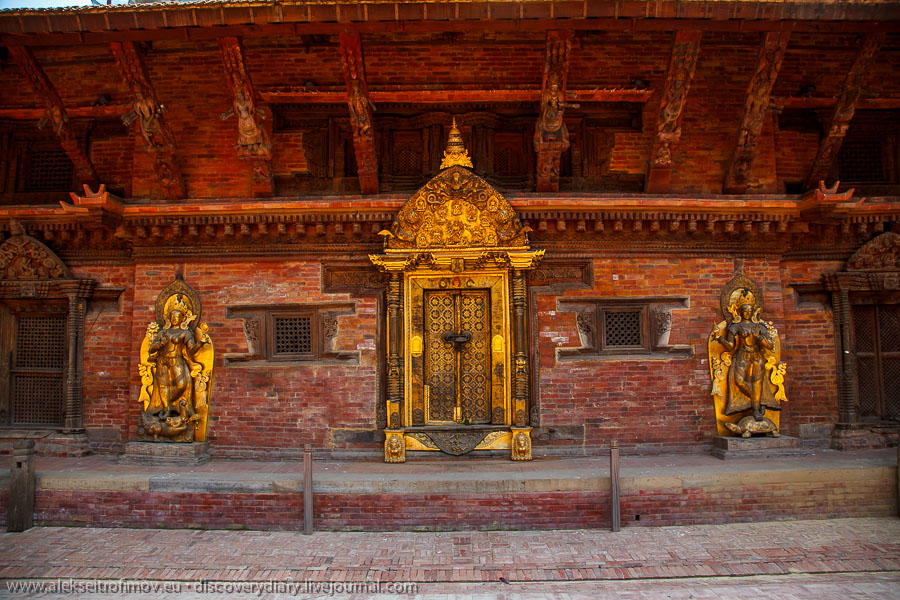 The area around Durbar Square hosts a whole list of important temples. You can spend ages exploring them. I took in several as I had one afternoon in Patan. In the internal courtyard of the Buddhist temple Hiranya Varna Mahabihar: 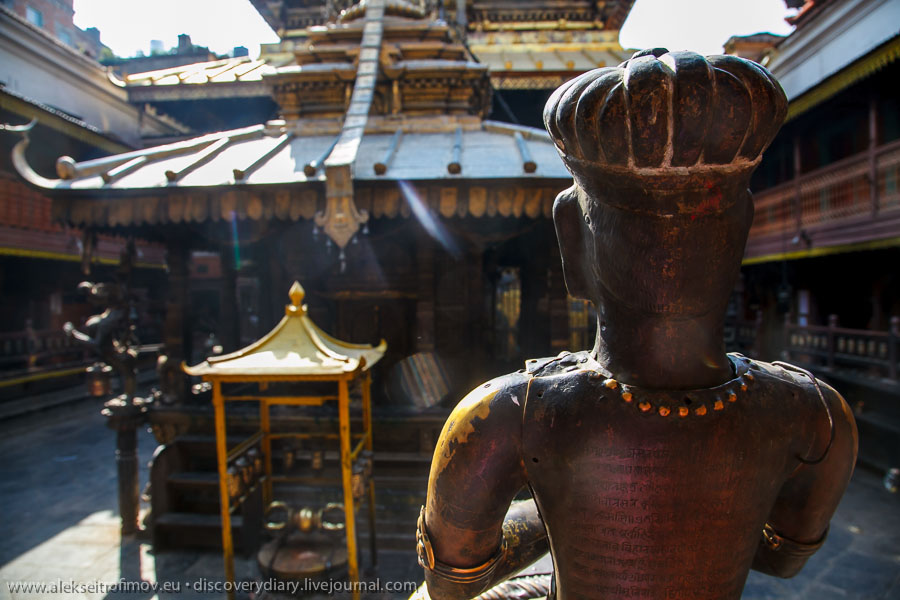 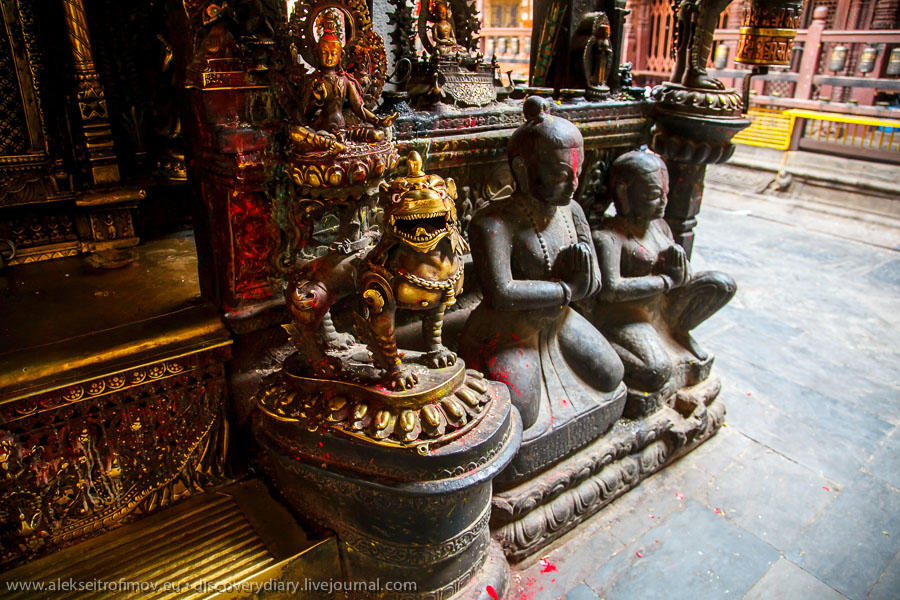 Further North in the Hindu temple of Bangalamukhi. The line of devotees awaits their rendez-vous with the deity: 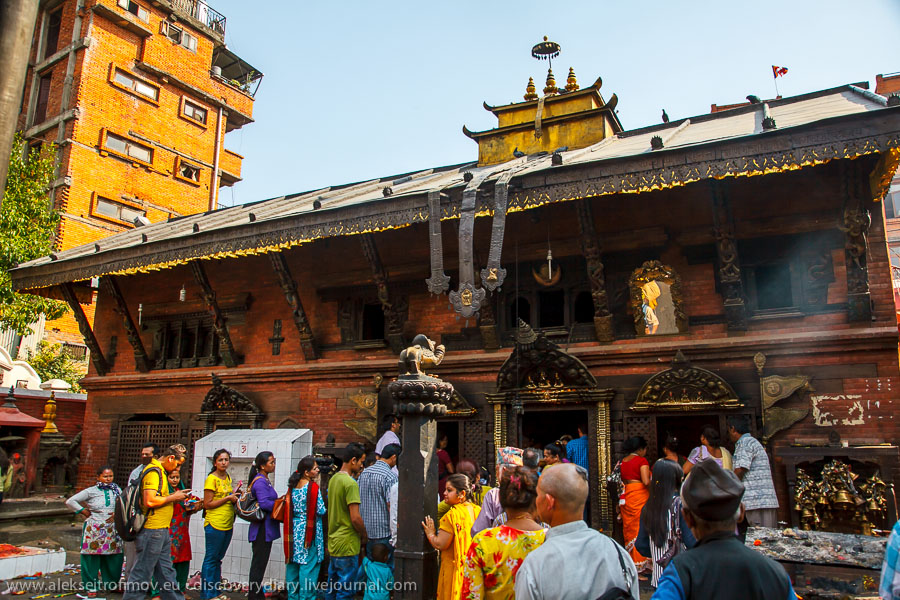 This monument marks the spot where the most ancient ritual objects of the Kathmandu valley were found. Basically these were the upright stones in the back of the photo. 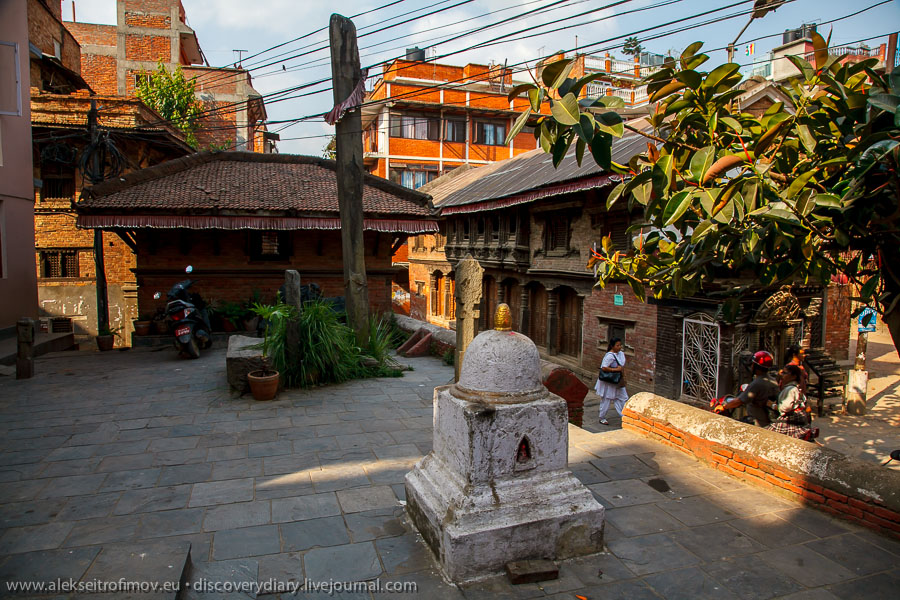 A tiny Buddha hides in a niche of the monument: 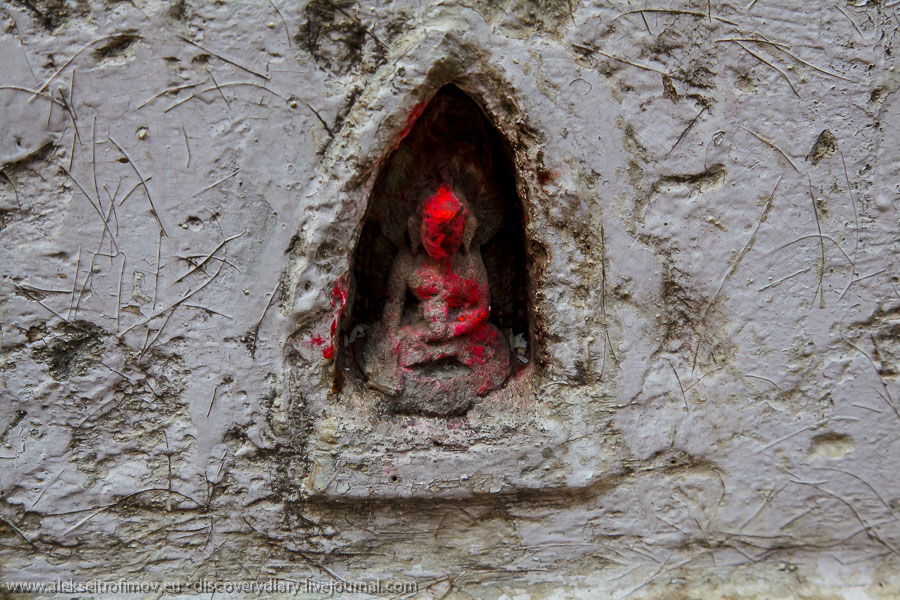 Durbar Square in the rays of the setting sun: 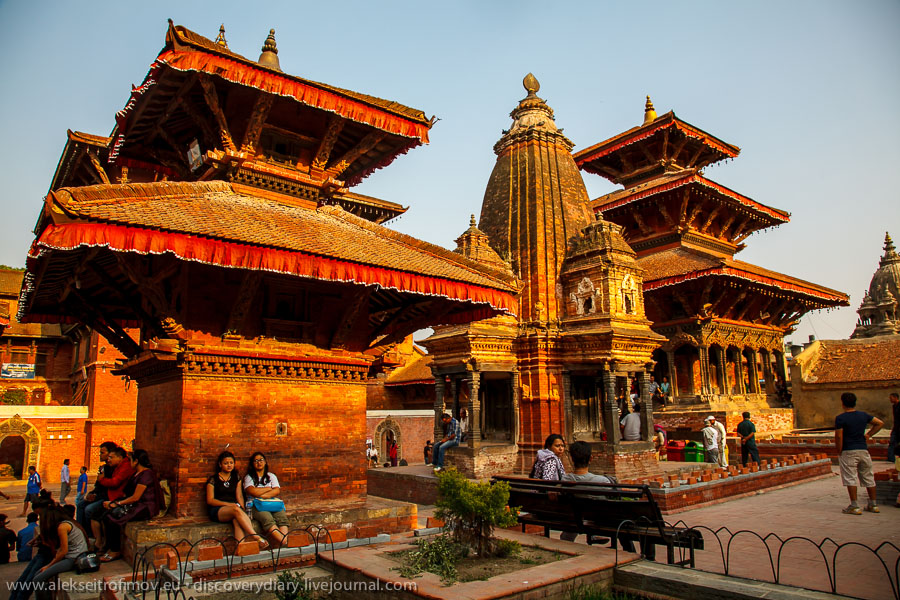 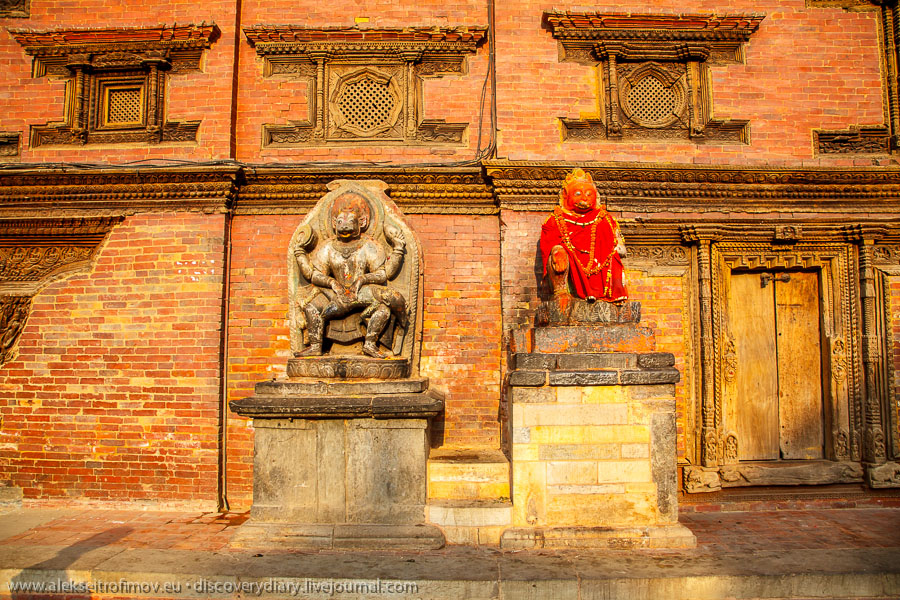 Durbar Square from the South and the lions guarding the Palace entrance: 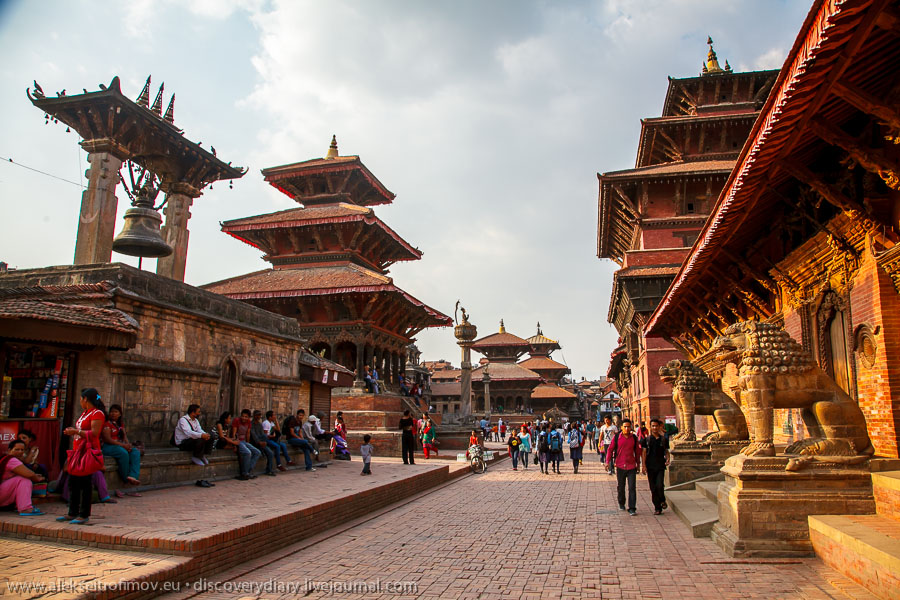 Over to Bhaktapur where the water pours from the sky. The Durbar Square is actually in the background. 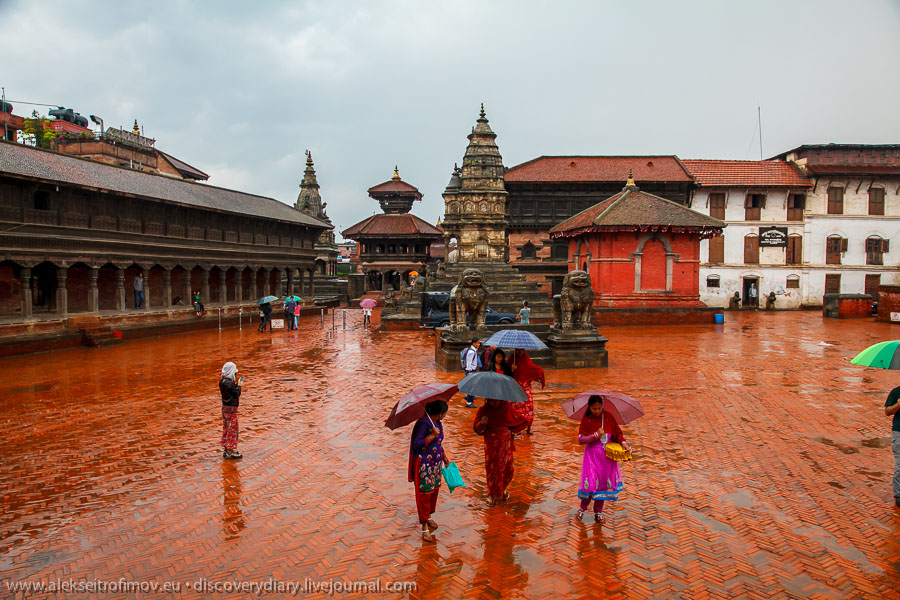 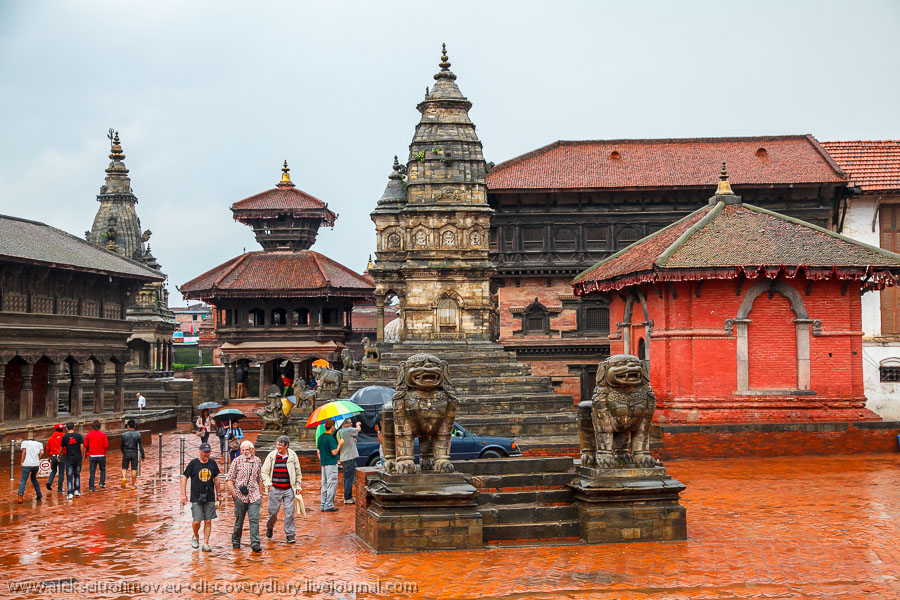 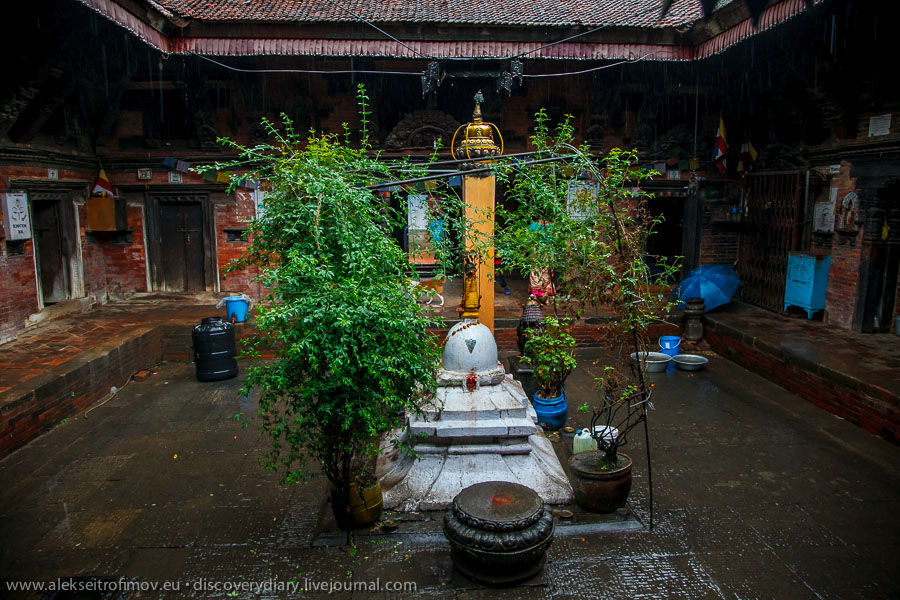 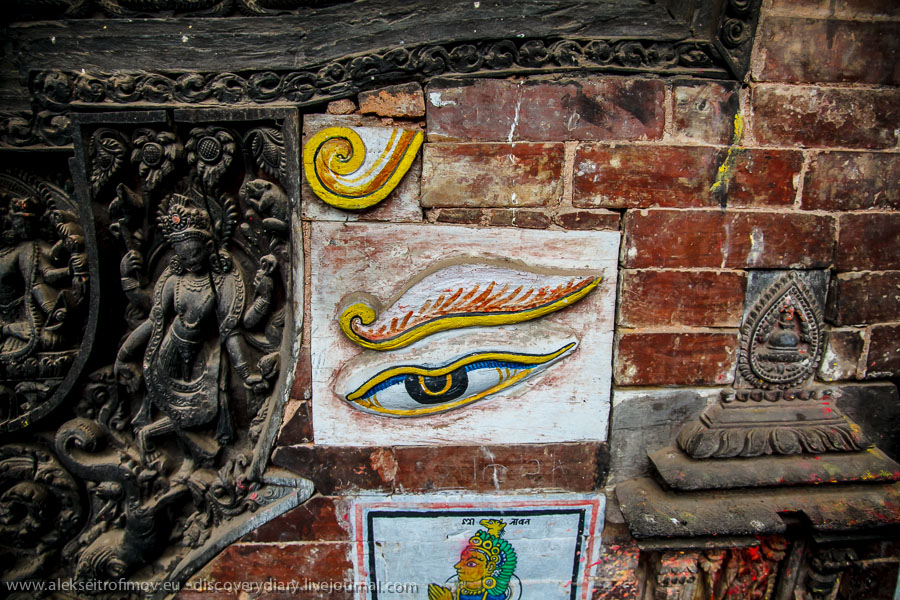 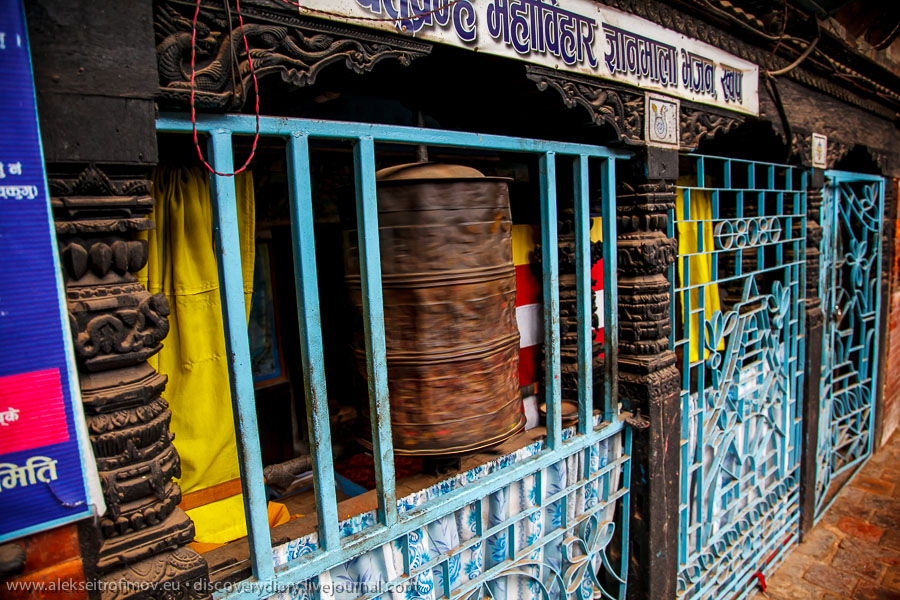 Finally one of the most picturesque water collection basins in Bhaktapur. On that day filled with water as it is supposed to be. I am not sure though that this water is actually used nowadays. 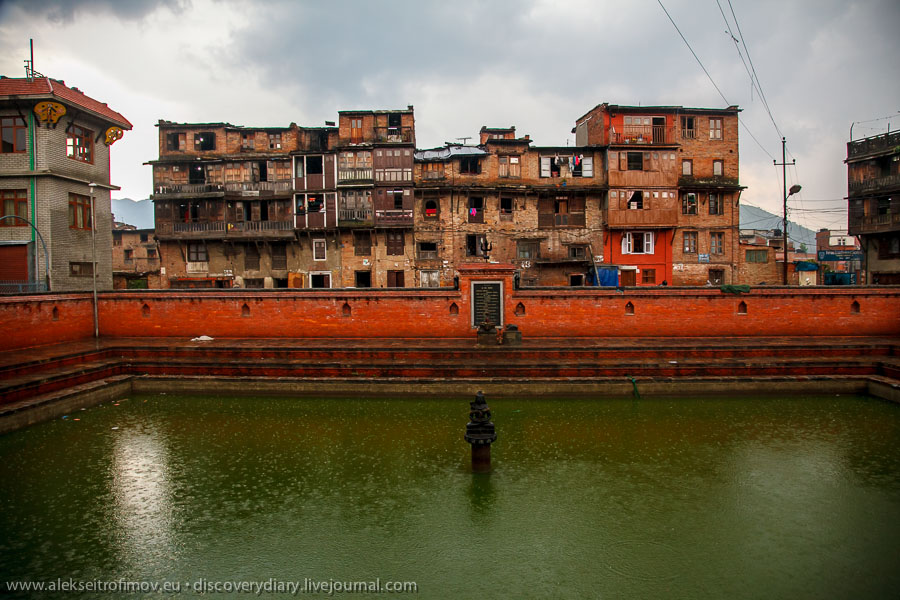 This is the end of the account of the stay in wonderful Nepal. In the next post I will fly to another country, several thousand kilometres to the West.