Cyprus was country nr 26 out of 27 EU countries for me. Only Romania remains (I don’t count a changeover in the Bucharest airport).

1. Nicosia, to be honest, doesn’t have that many tourist attractions. I would say the most important one is the Dragoman’s House. Dragoman Hadjigeorgakis Kornesios was an important official responsible for the interactions between the sultan and the local Greek population. This gave him important opportunities create a fortune, and thanks to the fortune this house was built in Turkish style. It all ended rather sadly for him – as a result of intrigues he was executed in Istanbul. I found it amusing how all the explanatory texts insisted on calling Istanbul Constantinople. Similarly, on the Greek Cypriot-made maps of Cyprus you won’t find any Turkish toponyms. 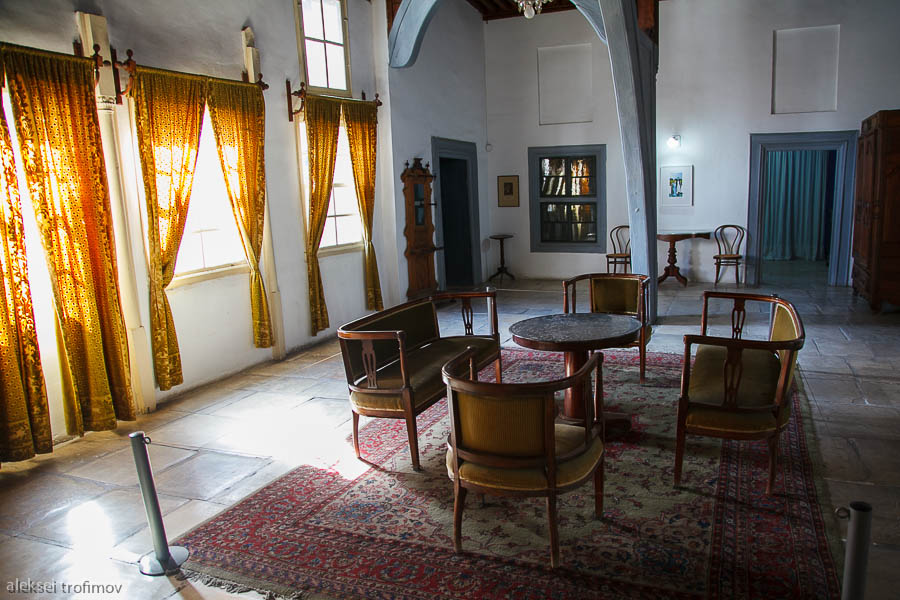 2. This sitting room is very similar to the sitting rooms in the Topkapı palace, the main residence of the sultan in Istanbul (sorry, Constantinople). 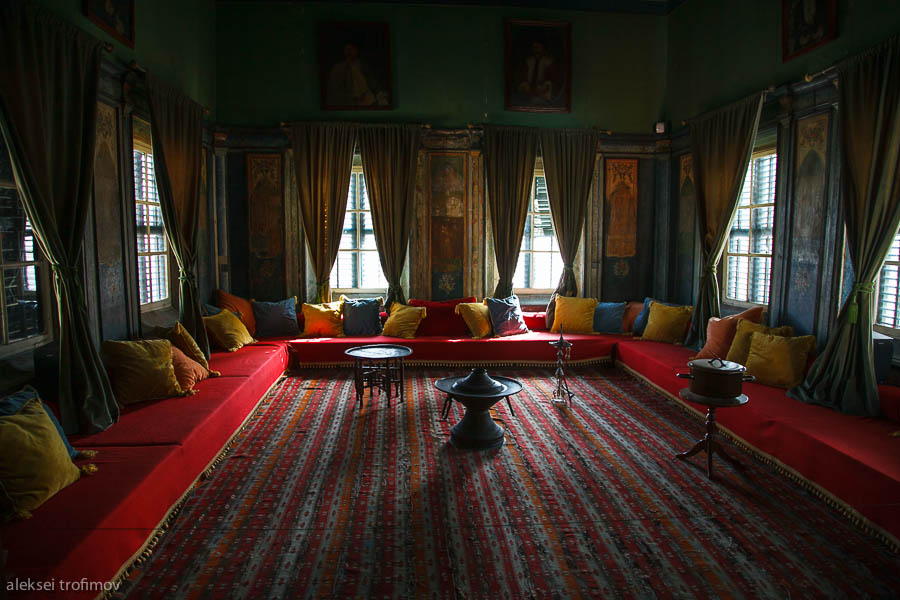 3. The most notable thing about Nicosia is its division. My colleagues told me that on a previous visit the soldiers were keeping a close eye on them from the sniper’s bastions, and you needed a visa to cross over to the Turkish-controlled side. Now it’s all easy: a quick stamp in the passport suffices.

Although this watchtower has a warning asking not to photograph it, nobody enforces the rule. Overall this border leaves the impression of being unserious, make-believe almost, as if it’s about to be cancelled. It’s very different from the checkpoints in Palestine, where of course things are very serious.

The border guard of Turkish Republic of Northern Cyprus, unrecognised by anybody but Turkey, asked me if I needed a passport stamp at all. At first I refused, to save space, but when crossing for the second time, I asked to stamp it anyway. It’s likely that in a couple of years this republic no longer exists at all. European money is a strong argument for friendship. 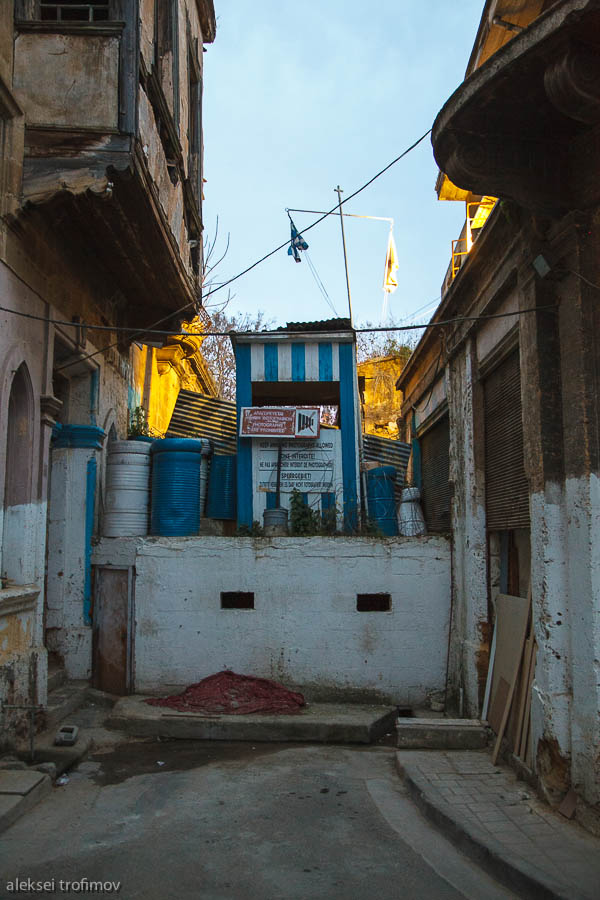 4. Selimiye mosque. It’s plain to see that before the Ottomans captured Cyprus, this was a Catholic cathedral. It was strange to see the mihrab (niches oriented towards Mecca) placed diagonally in a side wall of the building – so out of place, inorganic they look there. And I was wondering, how do the praying faithful perceive this obvious incongruence. In general there are quite a few churches converted to mosques in the old Ottoman empire, starting from Hagia Sophia in Istanbul. 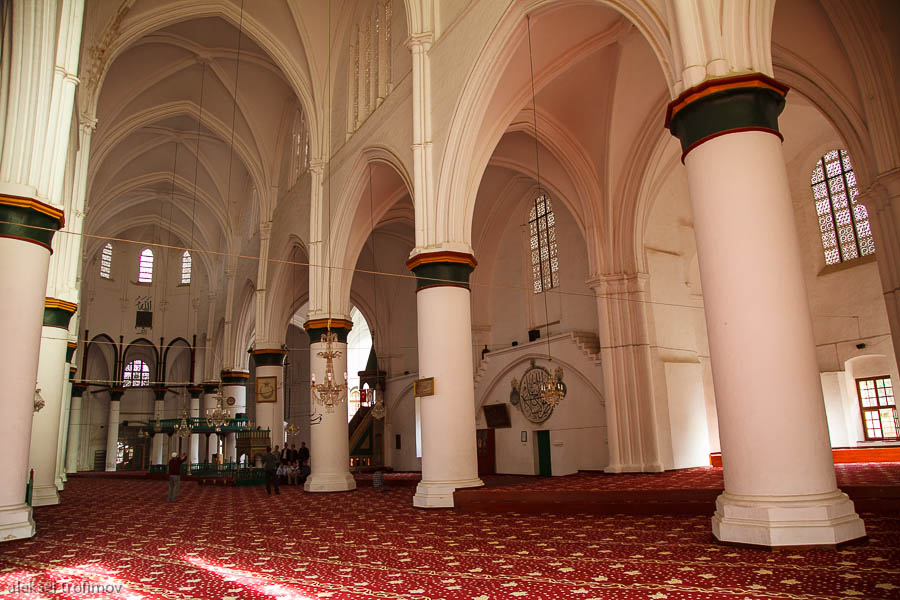 5. The minaret built over the unfinished cathedral tower, Selimiye mosque. In old Nicosia I came across a Christian church transmitting its evening prayer over the loudspeakers. Of course, it’s surrounded by the mosques, from which muezzins sing loudly five times a day, also via the loudspeakers attached to the minarets. 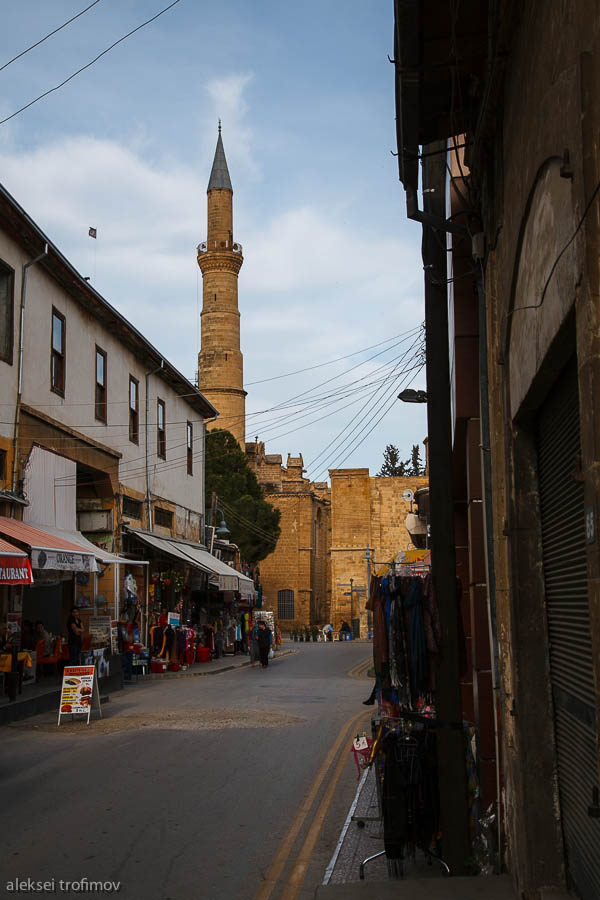 6. The church of St Lazarus in Larnaca. According to the legend, after being resurrected by Jesus, Lazarus went to Cyprus and founded a Christian following here. His stone coffin stands in this church (allegedly empty though). 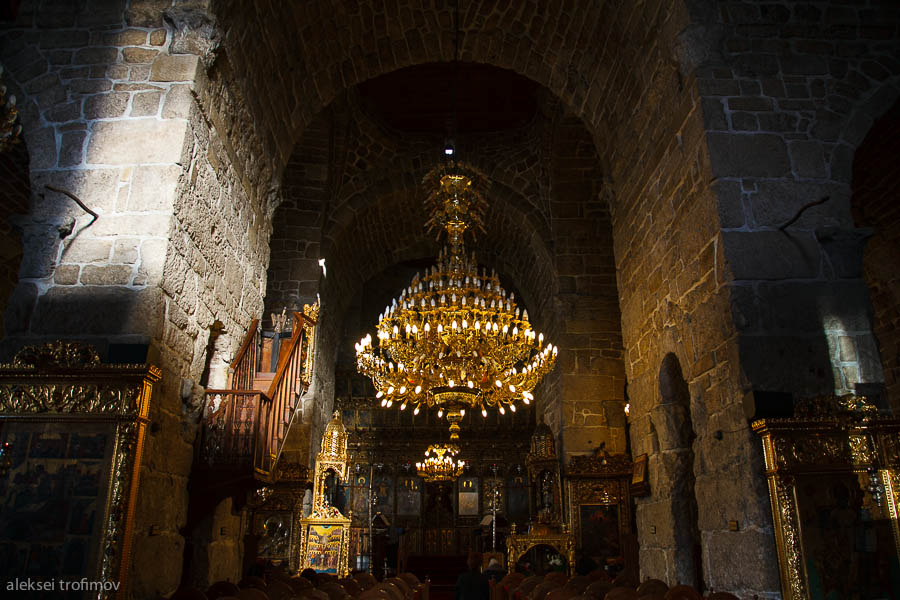 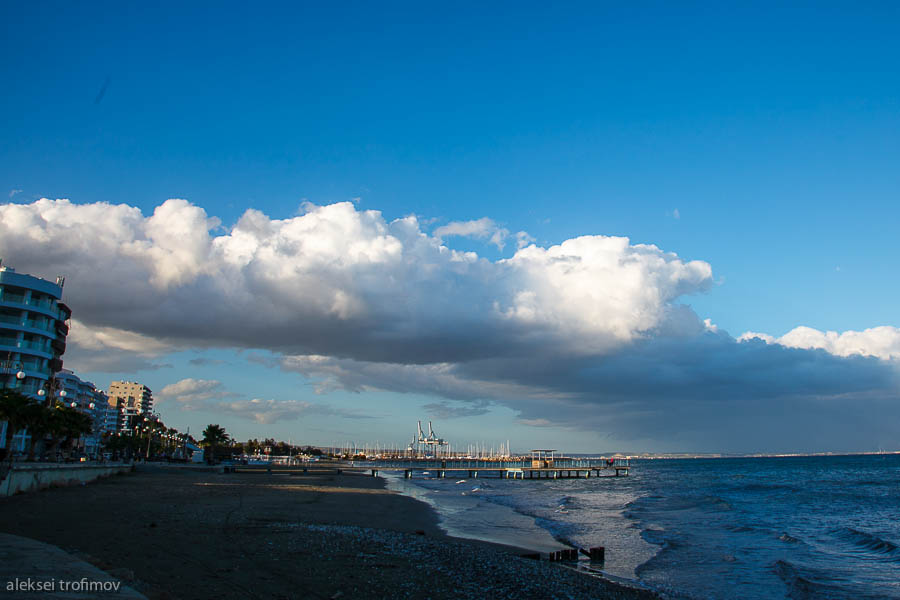 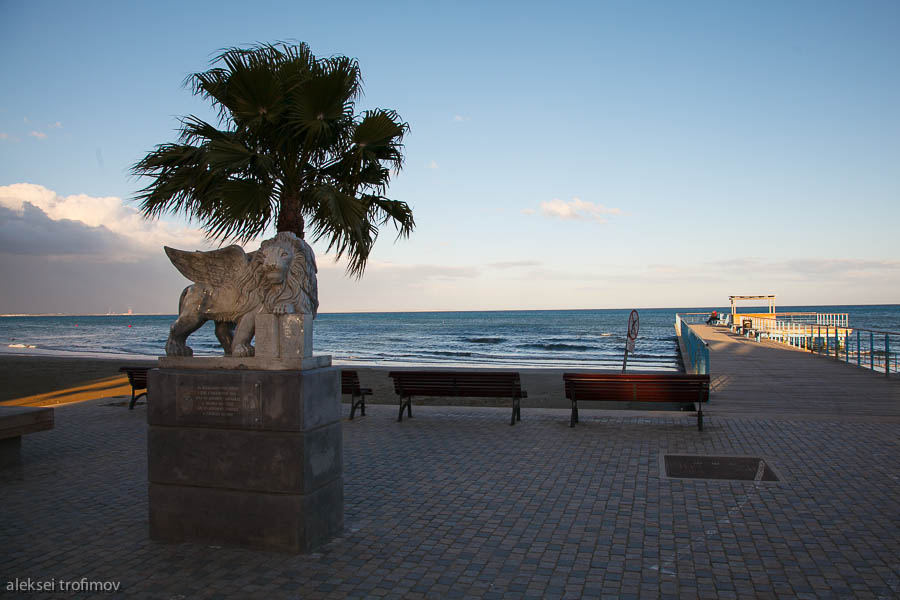 9. A lovely anti-consumerist graffiti on the main square of Larnaca. The close proximity to countless consumption outlets (Hilfinger, Zara, you name it) adds it some naïveté. 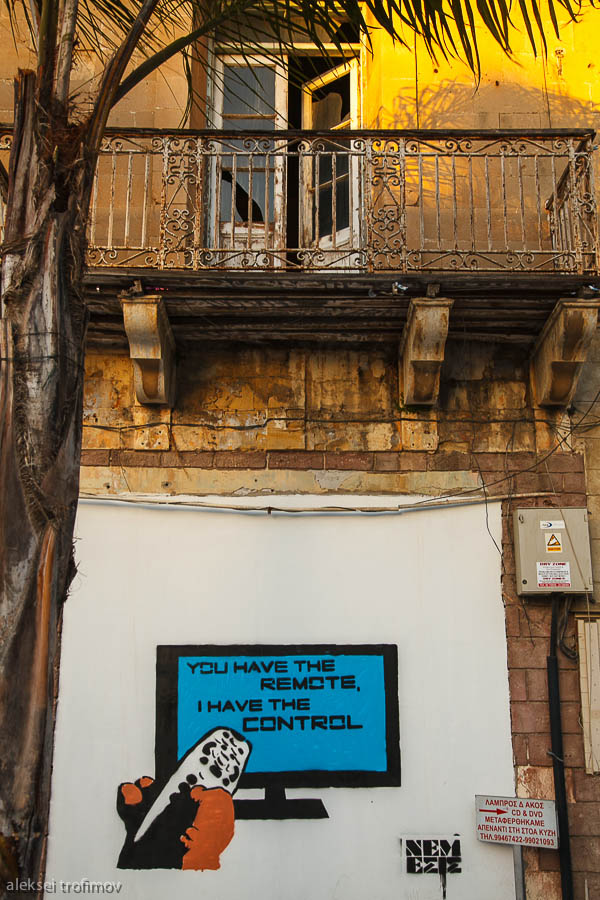 One thought on “Impressions from Cyprus”