The choice of food in Singapore is fantastic. We went for the local specialities and the most famous local speciality is definitely the chilli crab. The recipe was invented in the 50s by a local crab saleswoman who mixed chilli with tomato sauce and created this rather extravagant dish. Over time the recipe got so popular that today even Malaysia declared that in fact it was invented there! It seems a local sport in South East Asia to argue about who invented this or that tradition. In Indonesia I witnessed some rather negative Indonesian emotions towards Malaysia which apparently also pretends it invented the batik weaving – Indonesia’s pride. It would be funny if it weren’t so serious.

We checked out the chilli crab in the restaurant owned by the son of the recipe’s inventor, called simply Roland’s Restaurant. Apparently the prime minister eats crab there on the occasion of the Chinese New Year. We decided if it’s good enough for the prime minister, it will be good enough for us. I must say it is quite impossible to eat crab in an orderly fashion. Its claws and bones need to be broken with a special instrument, rather like scissors. Everything is practically designed so that under the pressure of these scissors the bones would fly out of your sauce-slippery hands into random directions! After the dinner I looked like I had just left a battlefield – my blue t-shirt was all covered in red traces. To top it off, they don’t provide any proper tissues, and the water in the bathroom is dosed – so you have no chance to clean yourself. Fun! 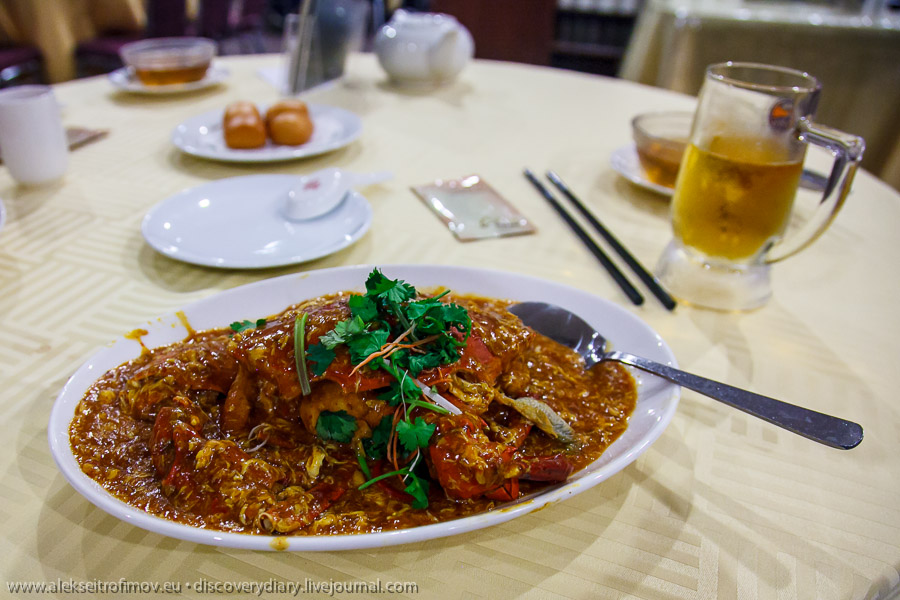 In Singapore it is very popular (and cheap) to eat in the hawker stalls. But the stalls look very different from those in Malaysia where it is pretty chaotic in comparison. All the stalls in Singapore are lined up neatly in a row, there is a menu, you choose your dish, pay, and get a portable ringer, which starts ringing when the dish is ready. Order! 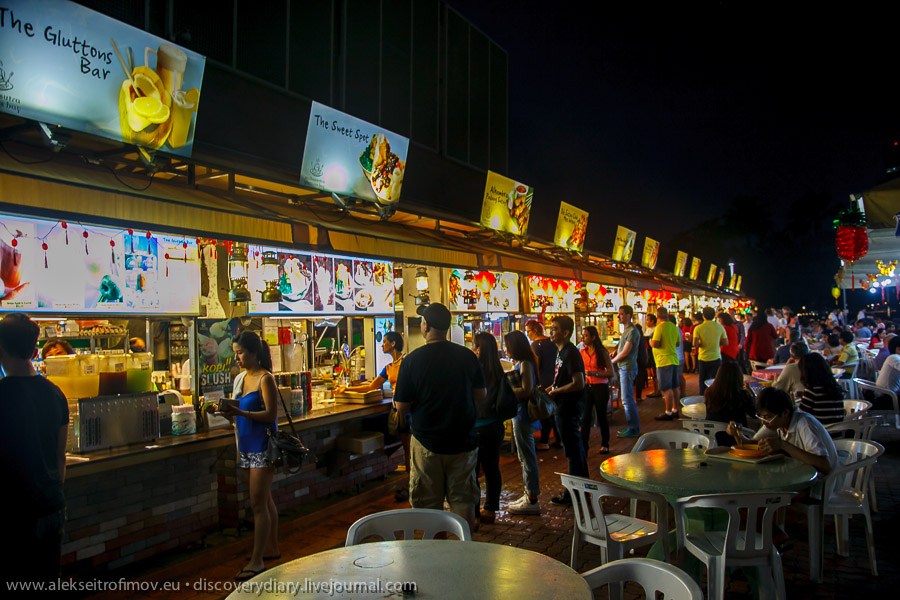 Well not absolutely everywhere. In the Maxwell market in Chinatown you do have to stand in a queue and hunt for a place to eat your portion. As all the chairs and tables are shared by all the stalls, you have to run for it when you see it. The locals put the paper tissues on the chairs to mark them as occupied. 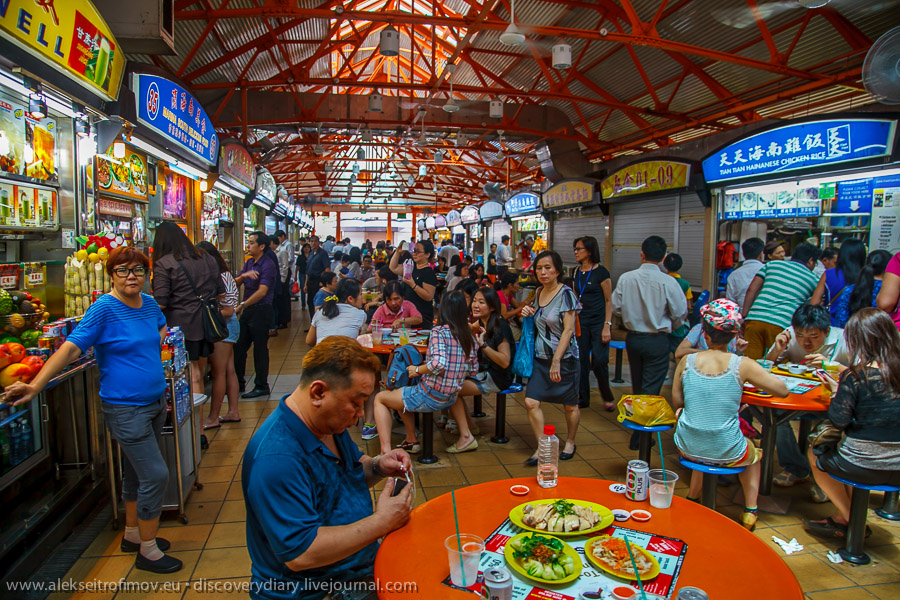 The main local speciality is the so-called Hainan chicken. Very tender, but not as unique as we expected. 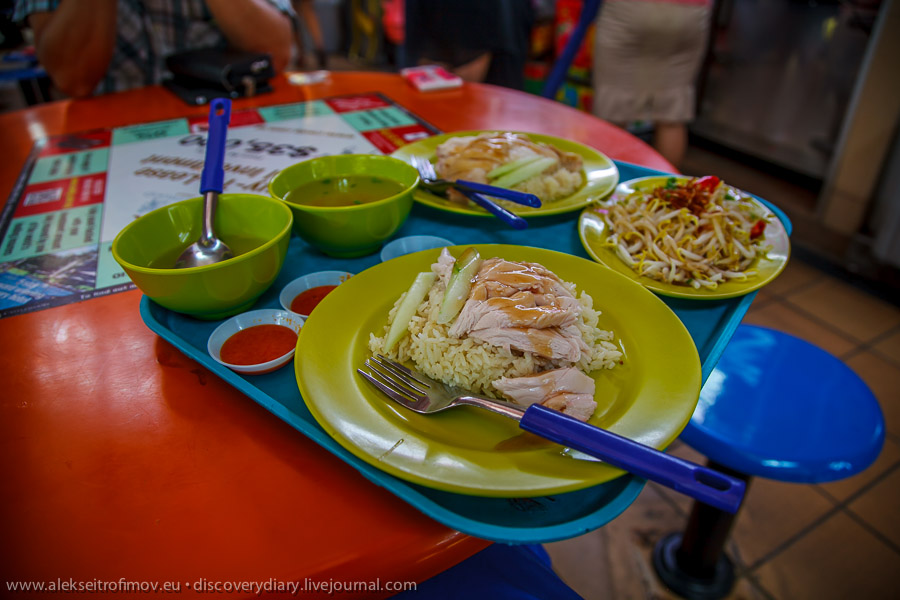 The choice of exotic juices on the other hand was flabbergasting. Martin drunk glass after glass the tender watermelon juice. Myself I was more interested in unknown exotic tastes – how about soursop with red dragonfruit? 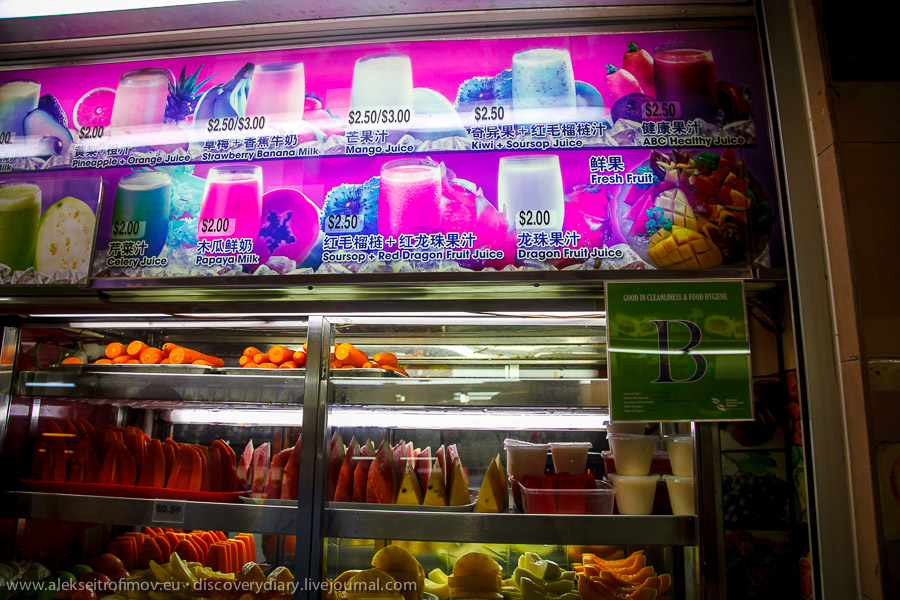 Of course you can find all kinds of unheard of seafood. In a simple foodcourt I found this. Could not resist! 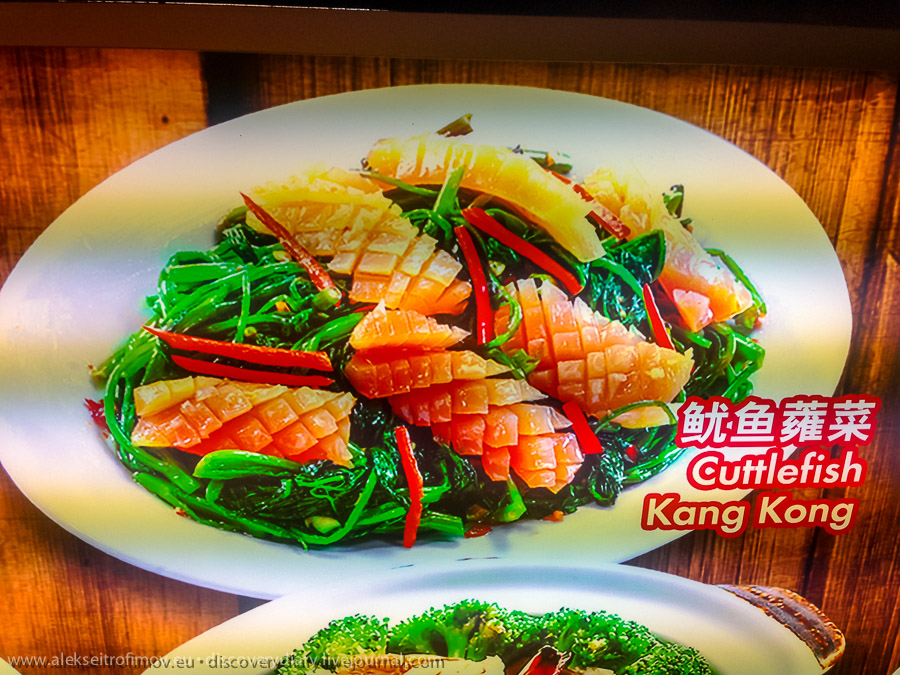 That’s how it actually looked on the plate. Morning glory and some garlic sauce – yummy! 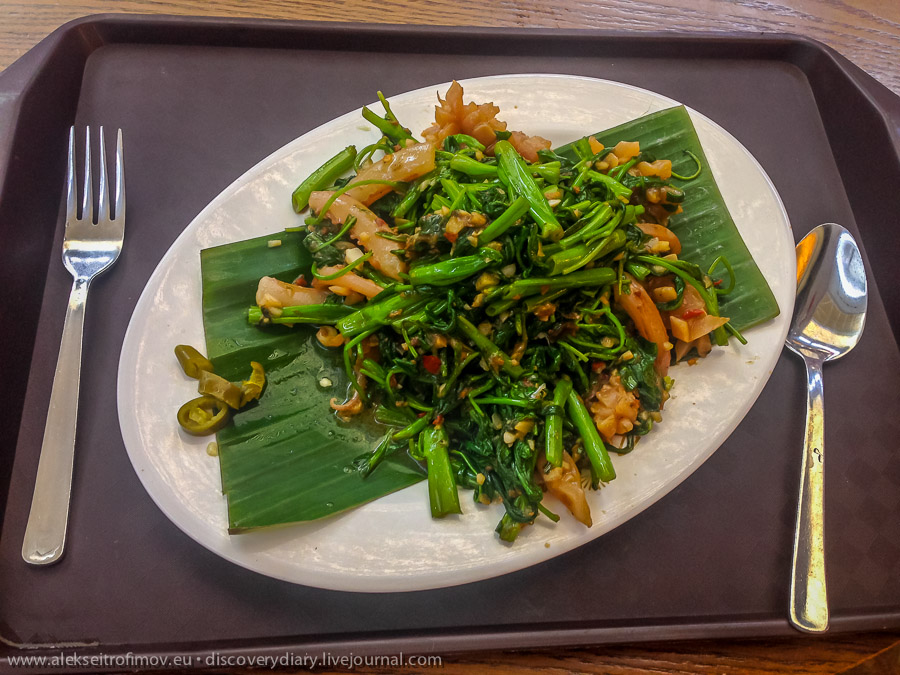 Finally the local coffee. We took some in a local café in Chinatown. Quite strong and reminiscent of Turkish coffee. But I wouldn’t drink it all the time! 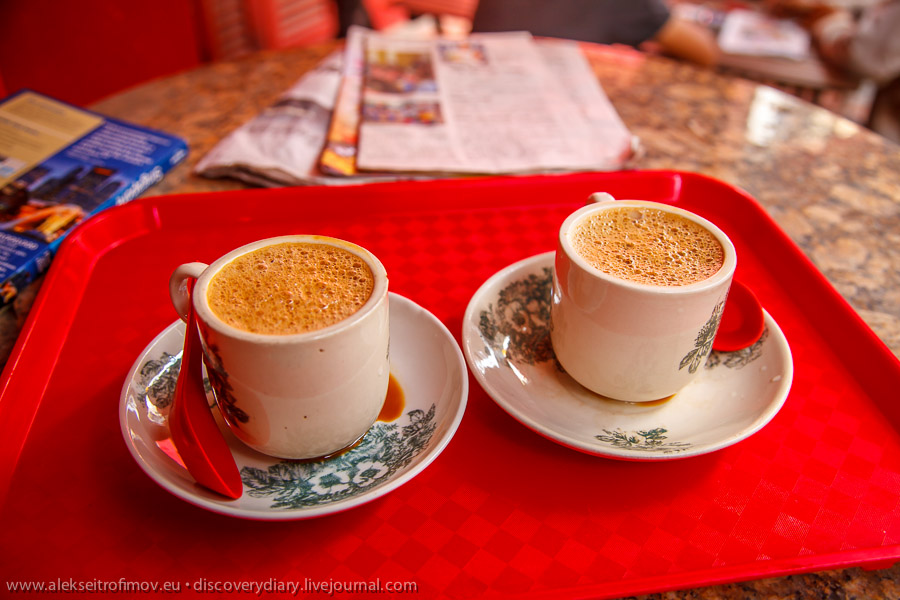 One thought on “The food of Singapore”