Singapore’s zoo is perhaps the best in the world. It is particularly well known for the living conditions created for the animals that are as close as possible to those in the wild. I must say though that the more zoos I visit, the more I feel like I am observing a prison and the animals are the inmates. What incessant torture it must be – to be looked at constantly, shouted at, laughed at, thrown some weird objects… Singapore zoo is one of the most humane though. And many species survive only thanks to the zoos. So the institution itself is to be commended, perhaps.

The zoo is rather far from the centre, you first take the metro – many stops – and then a bus. The trip is worth it. 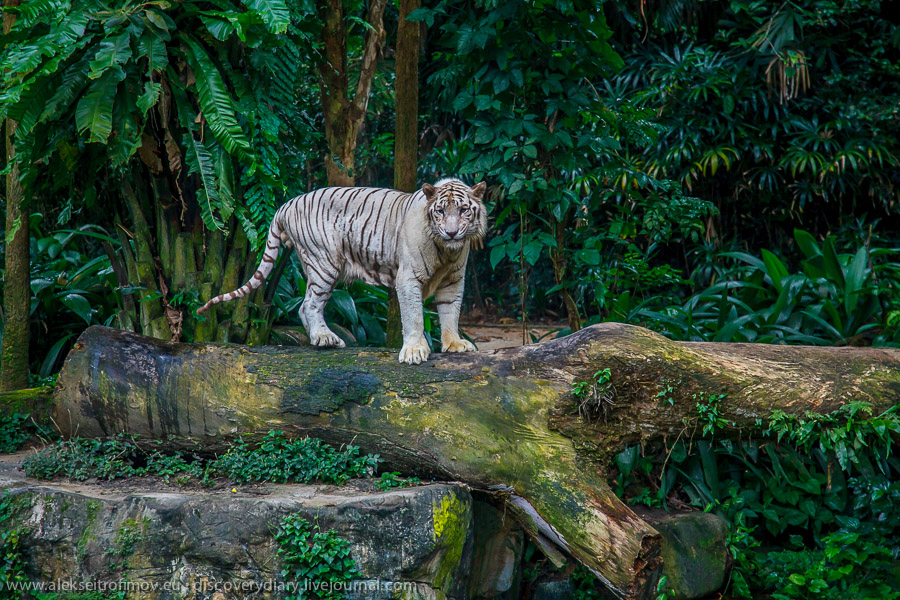 We happened to be there at their feeding time. Pieces of meat are thrown to them: 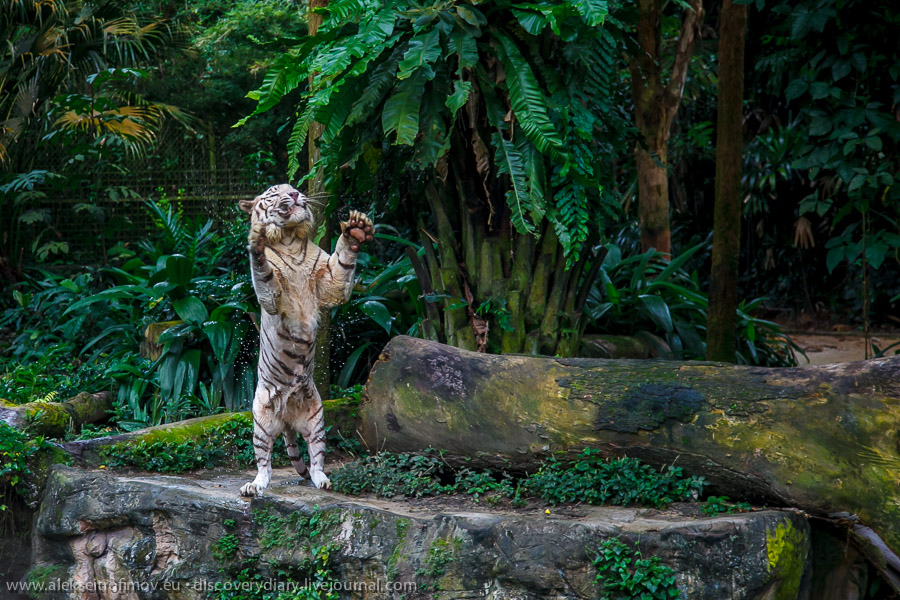 We also watched the elephant show. The strength and the intellect of these animals are unbelievable. 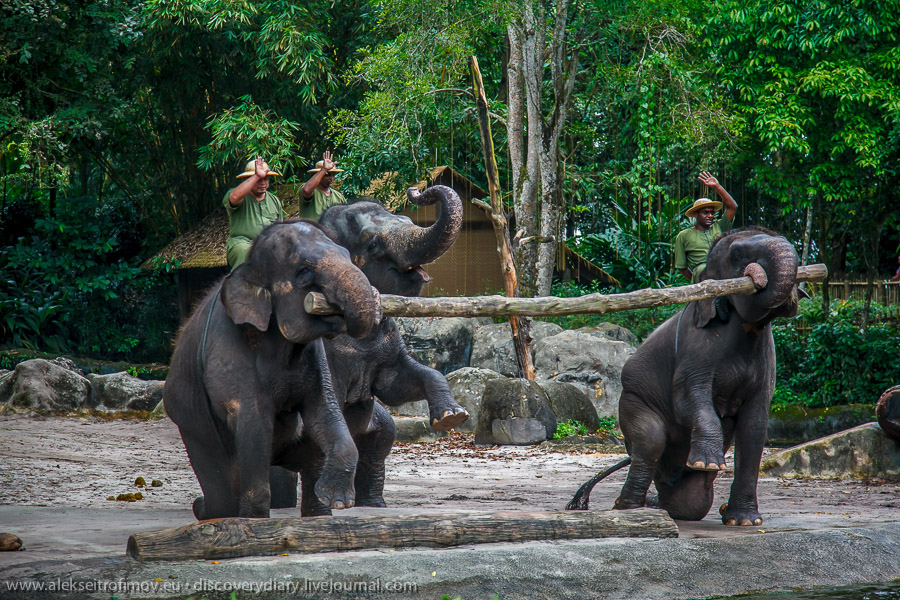 They carry these logs with apparent ease, both in sync and independently. 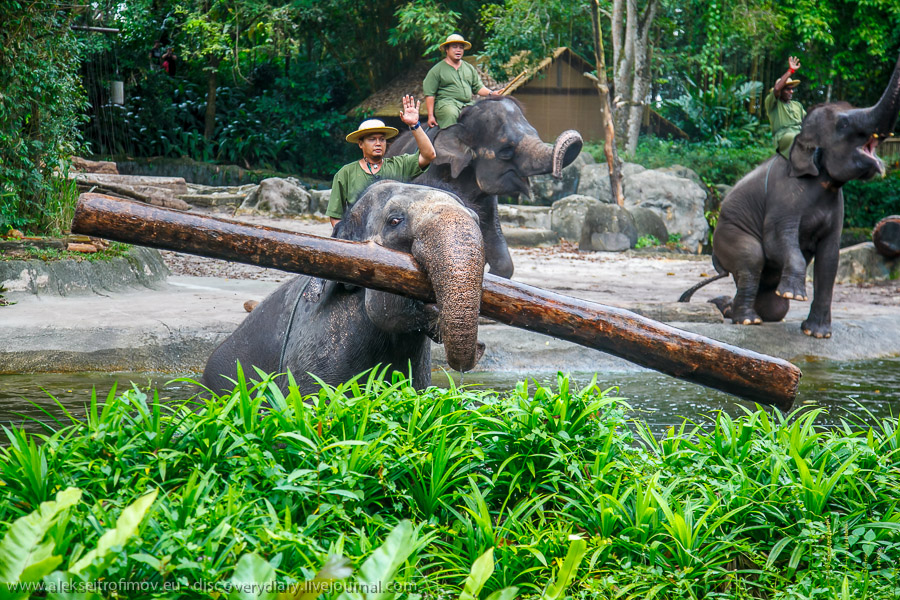 The elephant picks up the fallen hat of the handler… 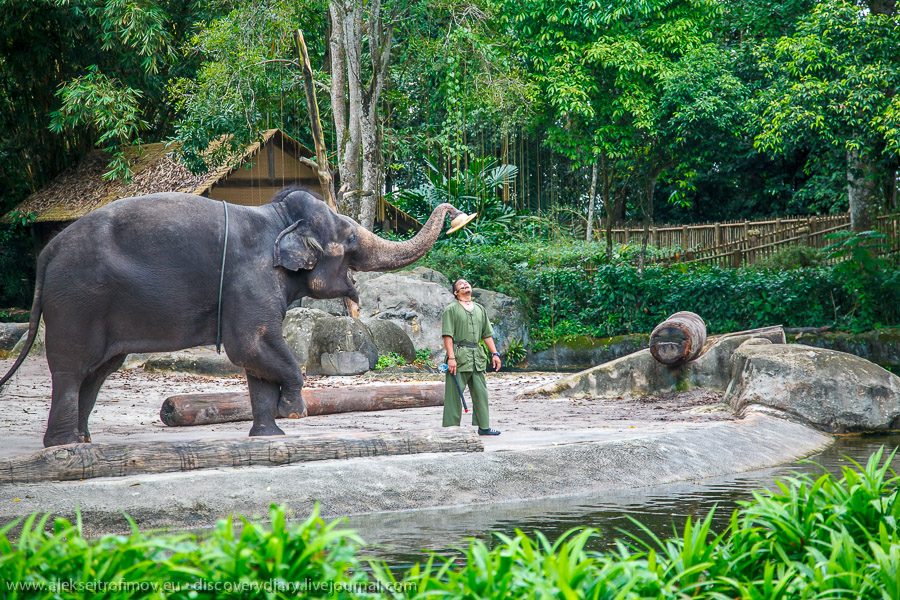 …and puts it right on his head. 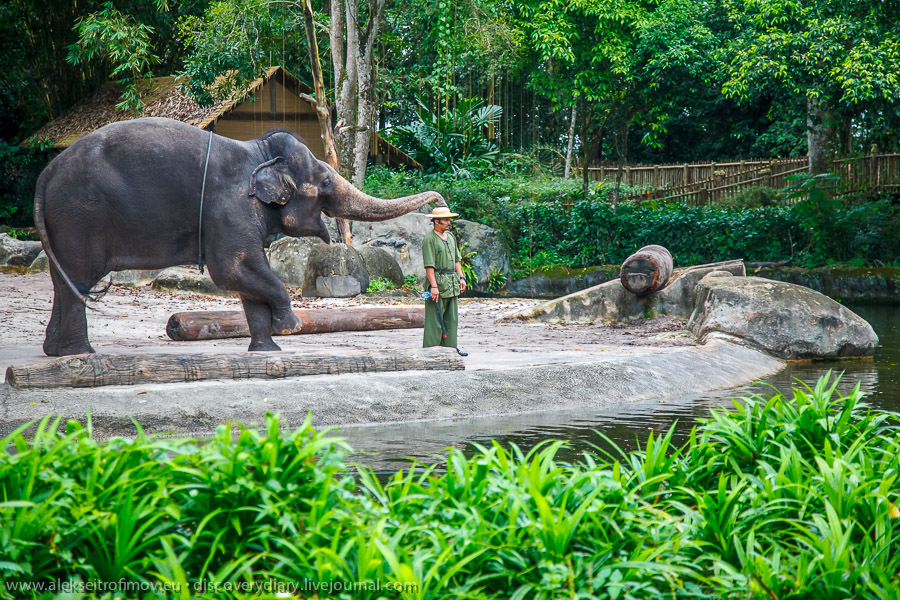 And various other inhabitants of the zoo: 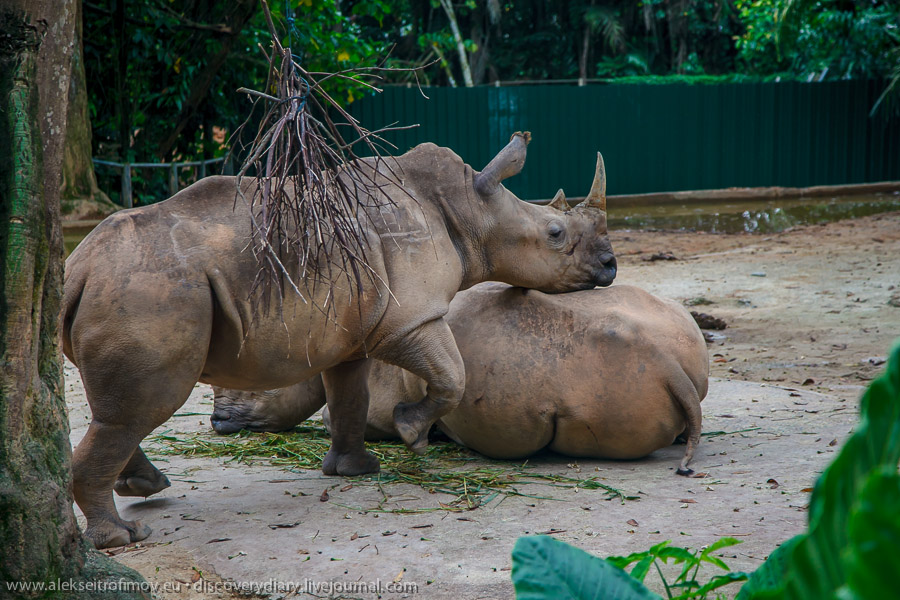 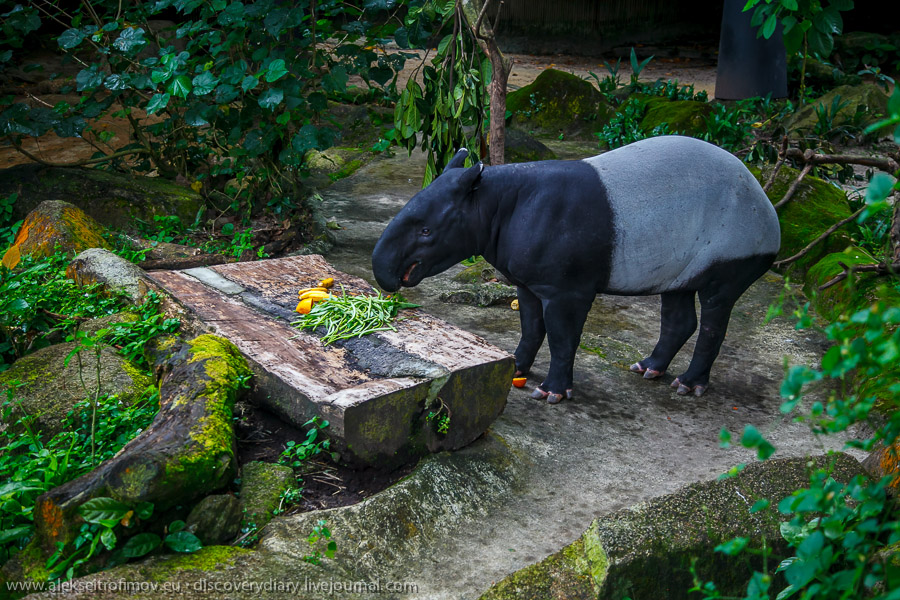 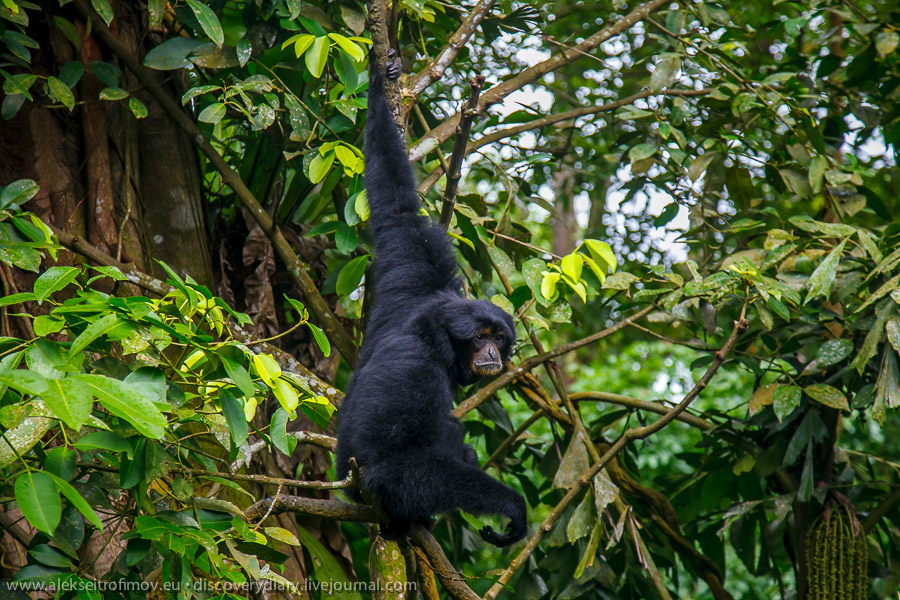 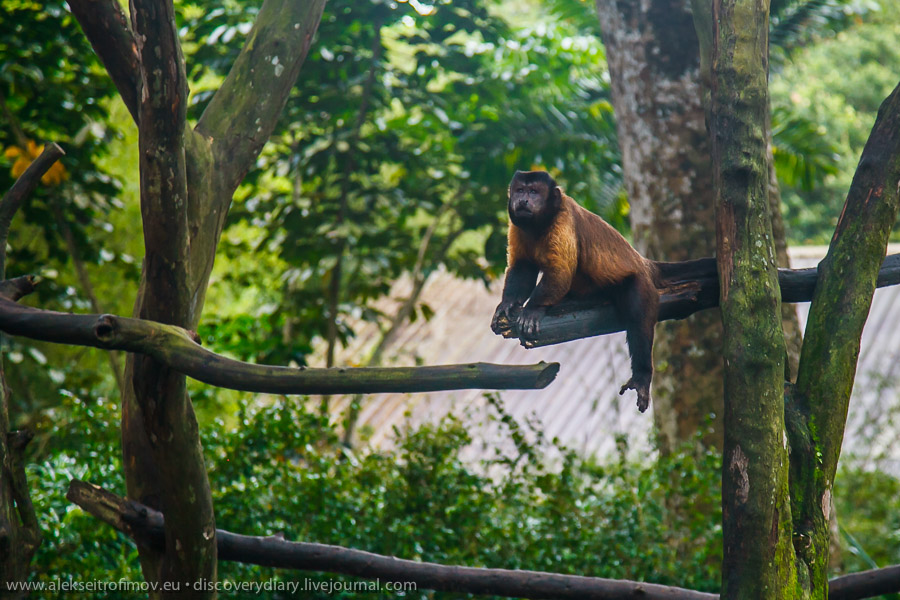 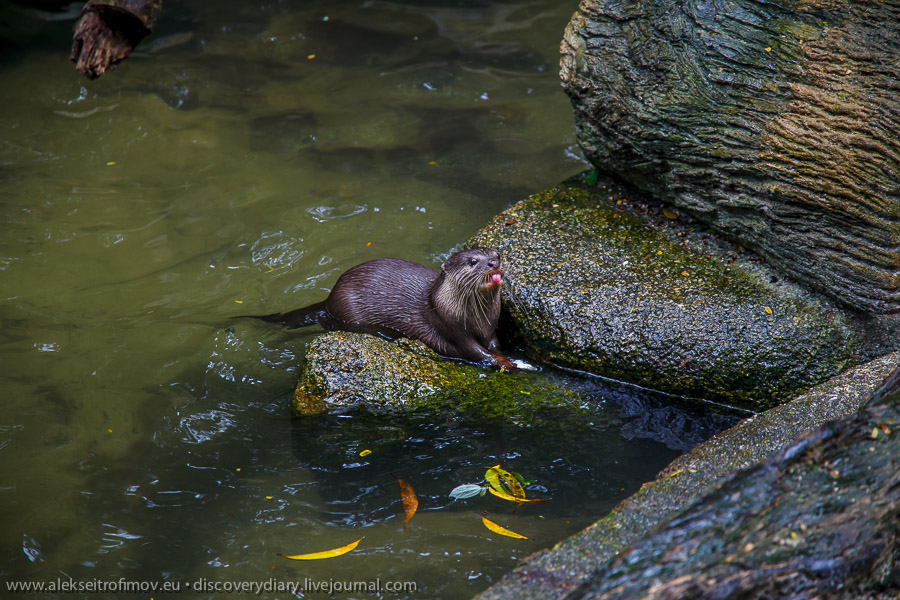