Saint Lucia is rightly considered the most authentic of all the Caribbean islands. Thanks to its population, climate, location and history it has preserved a particular character. Even though it is not the most isolated island and gets its share of visitors, most of it is nevertheless difficult to access and its population 174 thousand is sufficiently large to withstand the sea of tourists.

Saint Lucia was nicknamed the Helen of West Indies due to the fact that no other island changed hands so many times – no less than 14 times it was traded back and forth between the French and the British. Paradoxically, the last military conflict here was won by the French – and yet it was the Brits who stuck with Saint Lucia, thanks to a peace deal signed in faraway Europe. Today Saint Lucia is part of the Commonwealth and the head of state here is the British queen. And yet many of the local names in Saint Lucia are French, starting with the capital, Castries, which is named a French marquess. The locals pronounce it in English manner though, with the stress on the first syllable and without omitting the final “s” as you would in French.

Saint Lucia is remarkable for the fact that it happens to have the most Nobel prize winners per capita! As many as TWO islanders have won the prize – writer Derek Walcott and economist Arthur Lewis. By a strange coincidence both were born on the same day, 23 January.

As for me, it was particularly sweet to visit Saint Lucia as it was my 100th independent country. To reach 100 visited countries was one of my goals for 2015. Done! 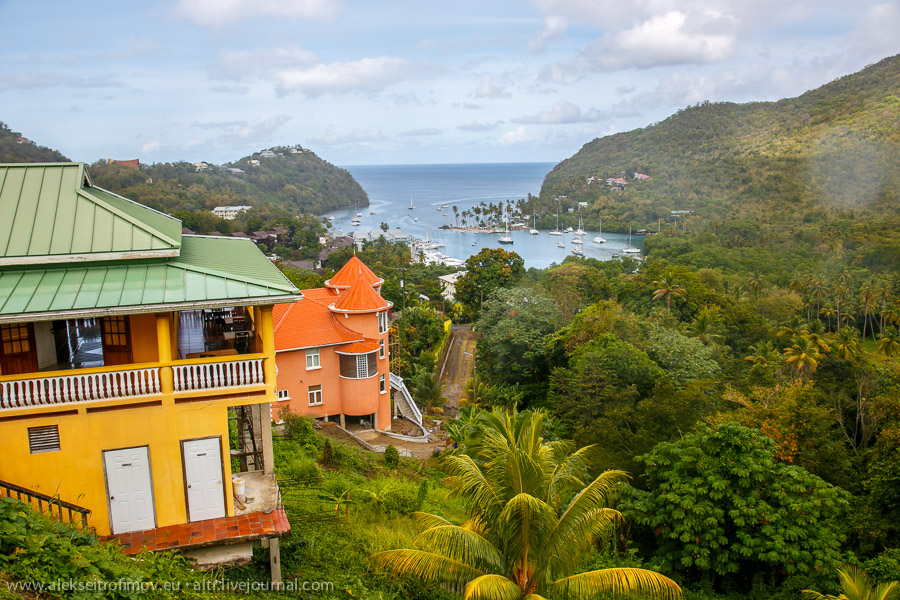