Of the five islands on the route of our cruise, Martinique was the largest (population over 400 thousand) and most important in history and economics. On the other hand, unlike Antigua and others, it is not independent. Quite the opposite – it’s a department of the French Republic formally equal in rights and obligations to any other department. It does have an additional special status – département d’outre-mer, or DOM – which means “overseas department” in French. Among other things, it allows Martinique to benefit from rather substantial EU grants.

France keeps a whole laundry list of various tiny territories all over the world – remains of the former giant colonial empire. The French constitution groups them in various clusters, some of which overlap. This complex system was previously referred to as DOM-TOM (“overseas departments and territories”), but following recent reforms this abbreviation has become obsolete – now it would be DROM-COM, though in the corridors the old way is still used.

Welcome to this shard of France stuck in the middle of the Caribbean! Liberté égalité fraternité say hello! 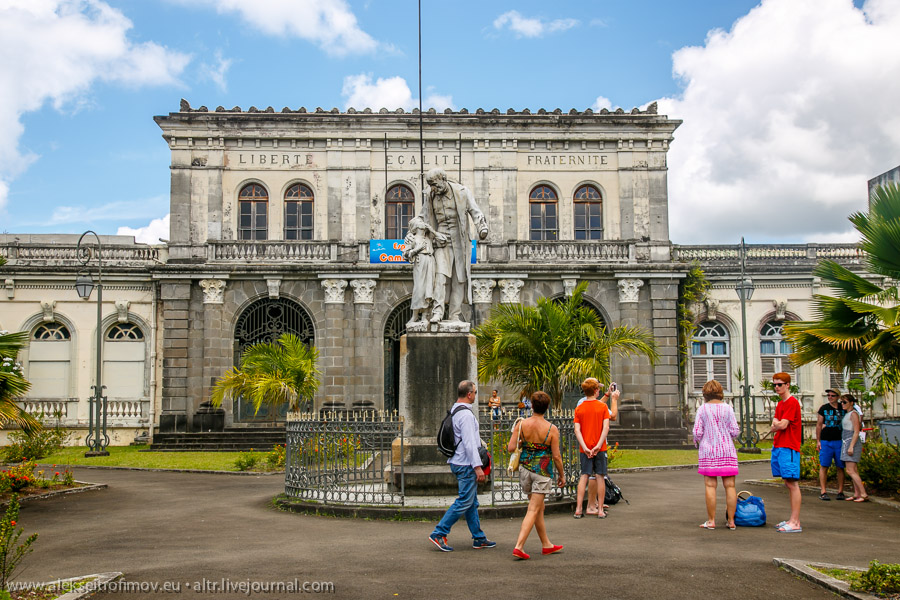