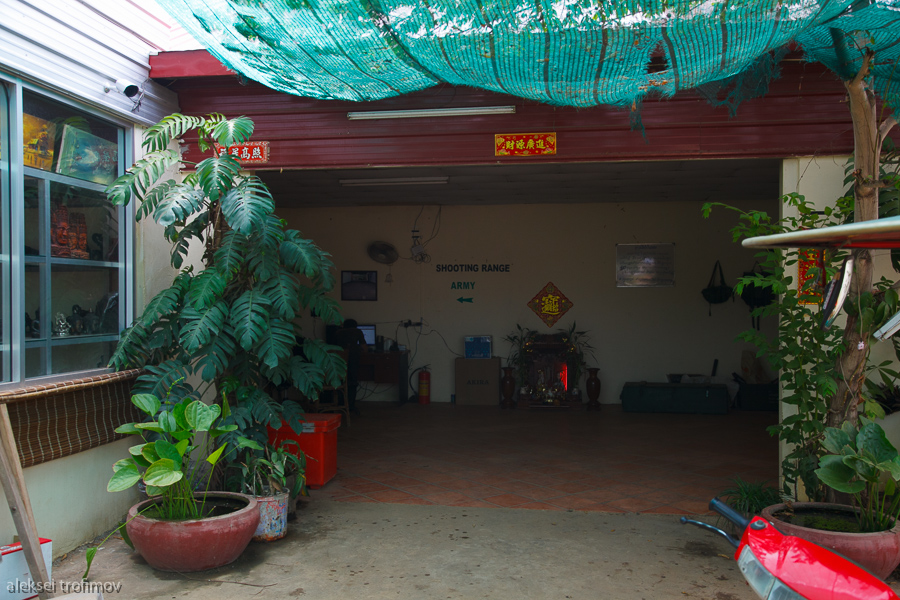 The exposition of all kinds of weapons that one can try. The shooting range itself is to the left, it is forbidden to take pictures there. 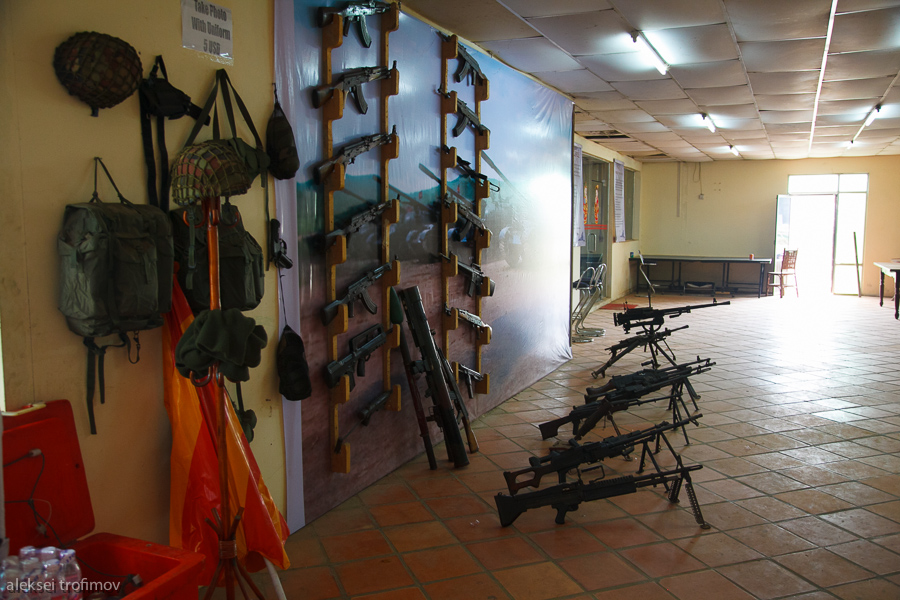 The result of my attempts. 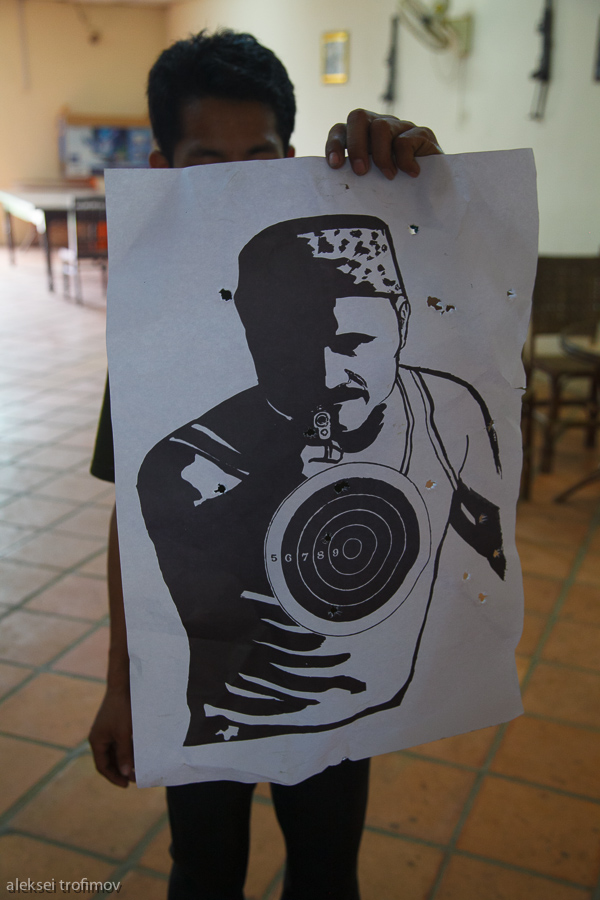 The second experience I want to describe is quite unlike the first. Thailand is world famous for its amazing massage, which is a whole industry there. It is very cheap in Thailand by European standards, so cheap that one can have it literally every day. Some time ago I explored a lot of Thailand forums and to my surprise I came across one traveller’s review of a massage place in Cambodia which was even better than in Thailand.

The place in question is called Bodia Spa, a massage saloon which indeed to my mind knows no equals even in Bangkok. During my time in Cambodia I went there three times. It is unique due to its quality. It is quite expensive in Cambodian context, but in Brussels such quality would cost a lot more, if it could be found. Every detail is thought through, every move is planned, every moment one feels at the centre of unobtrusive attention. Again, as one enters, they give a menu with all types of massages and treatments. Once a massage is chosen, they bring four cubes so that the massage oil can be chosen – each cube representing a scent, such as ylang ylang or eucalyptus. They also ask which gender you want the masseur to be.

I tried:
1) The combination of massage and jasmine rice scrub. After the massage the body is rubbed with small rice grains, which remove old skin.
2) Combination of massage and mango body wrap. Mango extract prepared on the spot is put all over the body and then they wrap you with cellophane for about 30 minutes. A slightly weird, S&M-like experience! The extract is absorbed by the skin and is meant to renew it.
3) A four hand massage. The idea is that the two masseurs combine their movements in such a way that each movement is amplified. They rarely do different body parts, on the contrary, most of the time they work the some body part at the same time. Again, quite an indescribable experience.